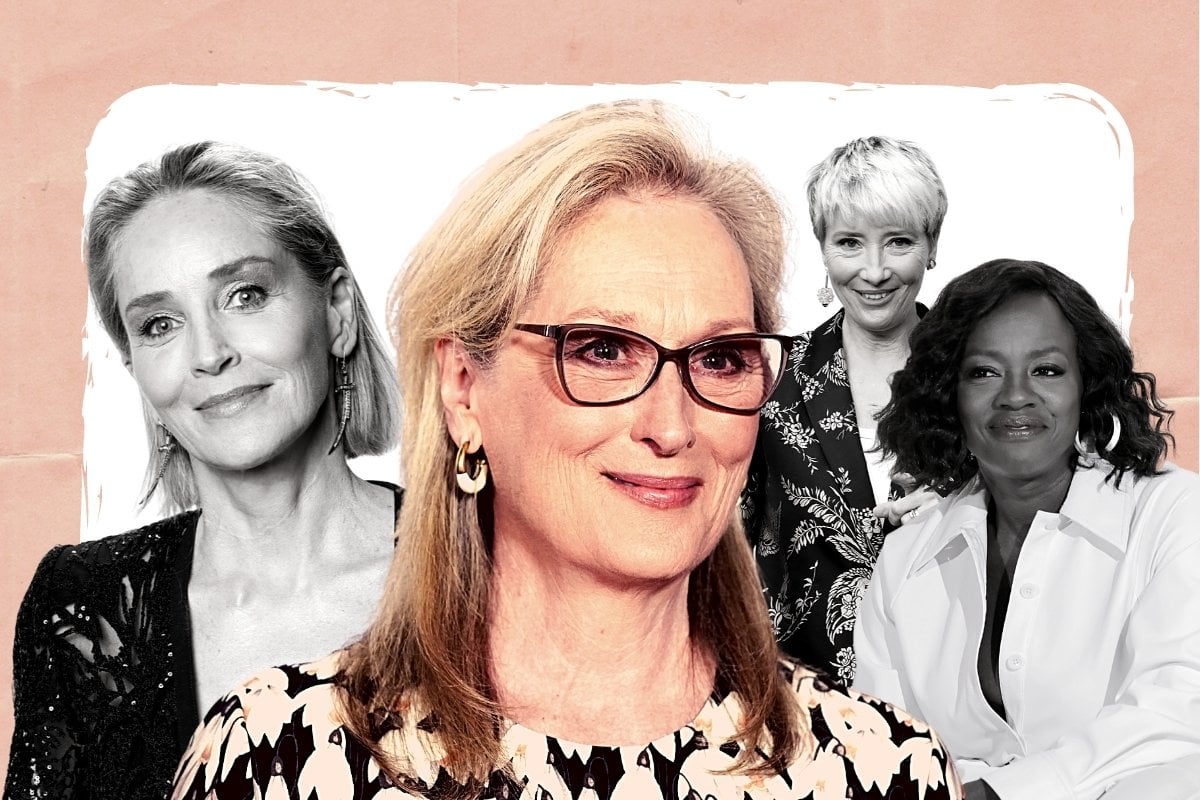 Hollywood's problems with women seem obvious. Sexual harassment, assault and coercion. The lack of leading roles for women of colour, disabled women, even women over a certain age. The lack of women among writers, directors and cinematographers.

But according to Sharon Stone there's another glaring problem. The iconography of Meryl Streep.

Let's be clear. This is not the story of a celebrity feud, of a 'jealous' Sharon Stone 'ranting' about a fellow Oscar winner. It's about a woman questioning the system she's worked within for over four decades.

Watch: When Sharon Stone was once asked if she'd been exposed to harassment in Hollywood, this was her response...

Stone shared her insight in a recent interview with lifestyle magazine Zoomer, which has resurfaced on Twitter over the past day or so.

Referring to Stone's new memoir, The Beauty of Living Twice, the Zoomer journalist, Johanna Schneller, asked what she presumed to be an innocent question about a passage in which Stone writes about how Hollywood — and society — pits women against each other.

"So when you finally got to work with Meryl Streep, you realised— " Schneller said before Stone cut her off.

And herein lies her argument.

According to Stone, women actors have been taught that they can't all have a seat at the table, that once one "queen" has been 'chosen', that ought to be enough. This monarchical structure then ensures that there's one person the rest are compared to, pitted against.

"The business was set up that we should all envy and admire Meryl because only Meryl got to be the good one. And everyone should compete against Meryl," Stone said.

"I think Meryl is an amazingly wonderful woman and actress. But in my opinion, quite frankly, there are other actresses equally as talented as Meryl Streep [she later referenced Viola Davis, Emma Thompson Judy Davis, Olivia Colman and Kate Winslet]. The whole Meryl Streep iconography is part of what Hollywood does to women."

Again, it's not about Streep.

In her memoir, Stone argues that this structure has long been used to "bind women of our and past generations".

Listen: For daily pop culture news and insight, subscribe to The Spill in your favourite podcast app.

"It was put to us that there could be room for only one; that the only thing we might have in common was some man we might both want, have had or be interested in having; that our competitiveness was something we could share, but only that," she wrote.

It does seem, meanwhile, that there's plenty of room for multiple kings of the screen. De Niro, Pacino, Hopkins, Hoffman, Eastwood...

Unfortunately, in breaking down why women actors are pitted against each other, fans of her and Streep used her comments to do exactly that.

While she never said anyone was better than Streep, or that Streep didn't deserve her accolades, others did.

There was lots of "Meryl is overrated" and "finally someone said it" in return.

But Stone stepped in to drive home her point.

To be clear; Meryl Streep is one of the greatest actors of all times. Just not to the exclusion of others.
Sharon Stone