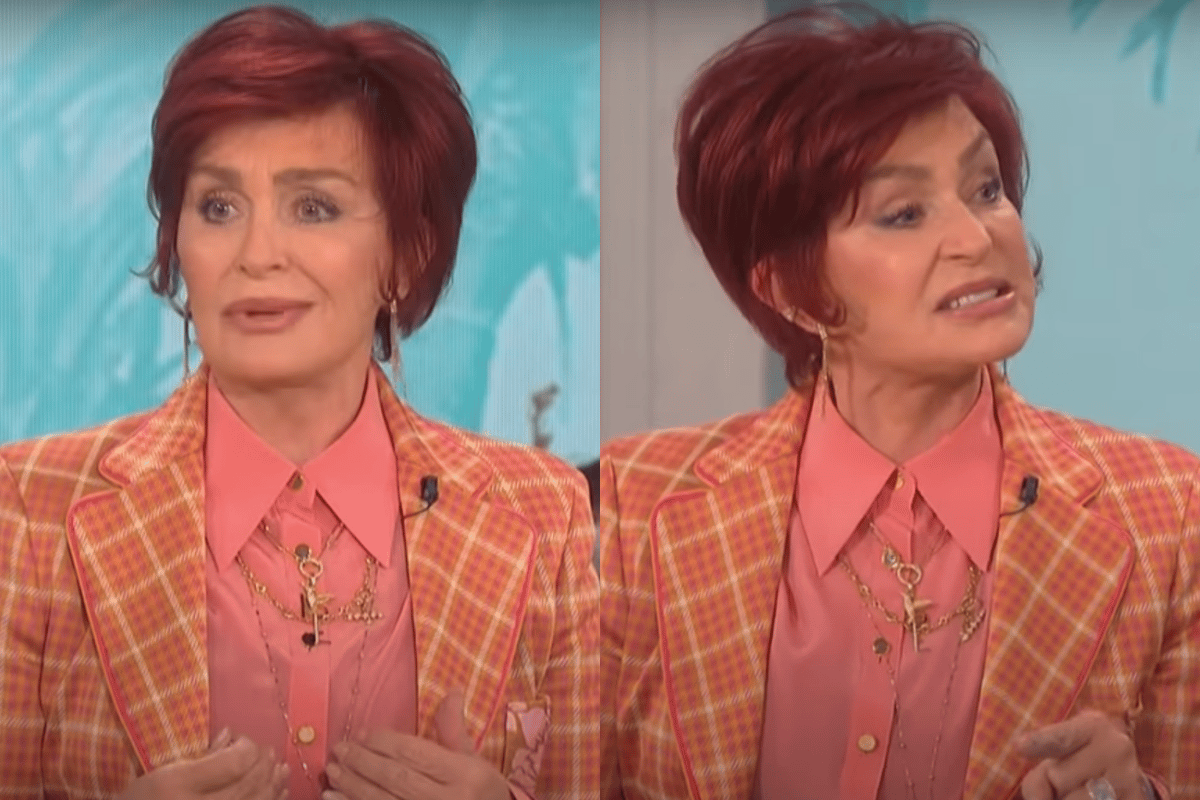 When Piers Morgan announced his exit from Good Morning Britain earlier this month, thousands of viewers celebrated his decision.

The British journalist and television presenter left the breakfast show following an on-air argument with a colleague who criticised him for "continuing to trash" Meghan Markle.

The argument first erupted after Morgan claimed that he "didn't believe a word" of Prince Harry and Meghan Markle's tell-all interview with Oprah Winfrey, including the Duchess of Sussex's admission that she experienced suicidal thoughts while she was she was pregnant with her first child.

But while many viewers condemned Morgan's opinion, it seems the controversial presenter still has some staunch supporters.

On March 9, Sharon Osbourne shared her support for the British journalist on Twitter.

"I am with you. I stand by you. People forget that you're paid for your opinion and that you're just speaking your truth," the television personality wrote.

. @piersmorgan I am with you. I stand by you. People forget that you’re paid for your opinion and that you’re just speaking your truth.

Morgan later thanked Osbourne, tweeting: "When stuff like this happens, true friends run towards you, fake friends run away. I love Sharon Osbourne because she always stays true to herself. She knew she would get abused by the woke brigade for tweeting this – but did it anyway because it is what she believes."

Appearing on US daytime talk show The Talk on March 10, Osbourne continued to defend Morgan – and herself.

"Did I like everything [Morgan] said? Did I agree with what he said? No, because it’s his opinion. It’s not my opinion. But why is it that because I supported a long-time friend and colleague of mine for years that everybody goes, if you support him, then you must be racist because he’s racist?" the 68-year-old said.

In response, Osbourne's co-host, author Elaine Marie Welteroth, said she understood why some people were upset about Osbourne's support for Morgan.

Sharon, do you stand by him accusing a woman of lying about suicidal thoughts and suffering? Do you really? Do you see the harm in this? Doubting the severity of suffering? Normalising cynicism? How many will be dissuaded from asking for help? Is this really your Alamo?

"In this moment, we need people to stand up for anti-racism," Welteroth said.

"When we give passes or give space to people who are saying damaging, harmful things, what we’re kind of doing is permitting it... and I think that’s what people are reacting to."

"I feel like I'm about to be put in the electric chair because I have a friend who many people think is racist, so that makes me racist," she responded.

"How can I be racist about anybody or anything in my life?" she asked her co-hosts. "How can I?"

When the show later returned from a commercial break, Osbourne appeared close to tears.

"I will ask you again, Sheryl – and don't try to cry, because if anyone should be crying, it should be me," Osbourne warned her co-host Sheryl Underwood.

"You educate me. Tell me where you have heard [Piers] say racist things. Educate me! Tell me!" she shouted.

Underwood responded: "It is not the exact words of racism, it’s the implication and the reaction to it. To not want to address that because she was a black woman, to try to dismiss it, that’s what makes it racist."

karen osbourne begging to be canceled live on the talk right now pic.twitter.com/YU217LK5rL

Now, weeks after the conversation aired, CBS have announced that Sharon Osbourne will be exiting The Talk.

"The events of the March 10 broadcast were upsetting to everyone involved, including the audience watching at home," the statement read.

"As part of our review, we concluded that Sharon’s behaviour toward her co-hosts during the March 10 episode did not align with our values for a respectful workplace. We also did not find any evidence that CBS executives orchestrated the discussion or blindsided any of the hosts.

"At the same time, we acknowledge the Network and Studio teams, as well as the showrunners, are accountable for what happened during that broadcast as it was clear the co-hosts were not properly prepared by the staff for a complex and sensitive discussion involving race.

"During this week’s hiatus, we are coordinating workshops, listening sessions and training about equity, inclusion and cultural awareness for the hosts, producers and crew. Going forward, we are identifying plans to enhance the producing staff and producing procedures to better serve the hosts, the production and, ultimately, our viewers."

The Talk will return in mid-April without Sharon Osbourne, the last of the show's original hosts, after a month's hiatus.

Sharon Osbourne has previously faced controversy during her time on The Talk.

The 68-year-old faced backlash in 2011 after describing Catherine Kieu, an American woman who was convicted of torture for mutilating her husband's genitalia, as "quite fabulous", before laughing about the incident.

"Not to be a total buzz kill, but it is a little bit sexist. If somebody cut a woman's breast off, nobody would be sitting laughing," Osbourne's co-host, Sara Gilbert, responded. Osbourne later apologised for her comments.

The following year, Osbourne's former co-host, Leah Remini, claimed that Osbourne was behind her firing from The Talk.

"Sharon thought me and Holly [Robinson Peete] were 'ghetto' (her words), we were not funny, awkward, and didn't know ourselves," she claimed.

Osbourne later denied the claims, writing: "Leah knows that I have never been in the position to hire or fire anyone on the show. That being said, my only wish is that Leah would just stop all this negative, unprofessional, and childish behaviour."

In 2019, Osbourne made worldwide news after she appeared on British panel show Would I Lie To You?

While appearing on the show, the 68-year-old, who is married to Black Sabbath's Ozzy Osbourne, claimed that she ripped an oxygen mask off her husband's assistant and gave it to her dog when a fire started at their home.

She also claimed that she forced the assistant to go back into the house to save some pieces of art, before later firing him.

"I said to him 'How very dare you, you work here, and you get more paintings out right now,'" she said.

"After this terrible night, [the assistant] was not talking to me. Ozzy and I were counting everything, and we were laughing and laughing and he goes 'I don’t see what’s funny about any of this. I think I am going to have damaged lungs,'" she continued. 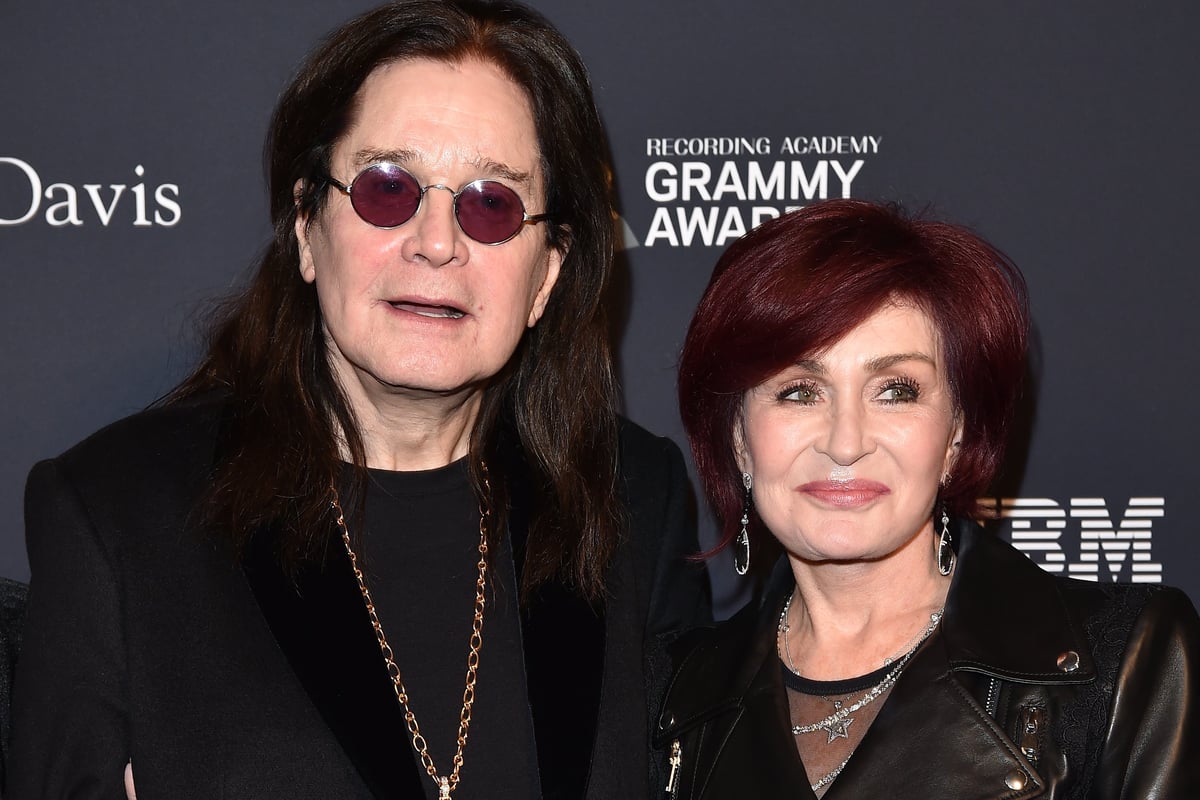 But in early 2020, the television personality claimed that the story was actually... false. Well, sort of.

"It was a joke, because I was on a comedy show, and then it comes out in the papers, this man saved our paintings, then I fired him. Get off my back... I fired him about 15 years later," she shared on The Talk.

Reply
Upvote
8 upvotes
I turn 47 y/o next month, so I obviously grew up around the influence of Boomers. Their attitudes still swirl around my mind but I reject a lot of those thoughts as I have learnt a lot from the younger generations. Sharon Osbourne's way of seeing the world is very familiar to me: cynical, judgemental and opportunistic. People of Sharon's ilk justify their harsh thinking with talk such as "Well...I've been to hell and back and I turned out ok." "Geez...people are so offended these days. Lighten the hell up." "Things weren't this complicated when I was young." But here's the thing: there were ALWAYS minorities and people getting trodden on in YOUR day. The privileged folk who had it easy...just...didn't...give...a crap. And if you were actually one of those people who were treated badly but were told to toughen up, then I have news for you: wanting people to suffer just because you did, means you DIDN'T turn out okay. All the woke generation want is for people to be kinder and things to be fair. That's it.
C
cat a year ago

Reply
Upvote
@kelloneill it is very cynical, isn’t it. There’s that underlying idea that everyone is inherently self interested, so they can’t imagine why anyone would be honest about their mental health just for the benefit of others- they must be out to get something.
C
chrissyinthemiddle a year ago

Reply
Upvote
1 upvotes
@kelloneill I regularly speak to elderly people who have extensive life experiences and are good people. They explain things to me that to put in a nutshell is complaints about identity politics further dividing people. This is their observation and they are entitled to it. They are also confused as to why we are meant to be feeling sorry for extremely wealthy and powerful people. When one of the top 1%’ers in life are given a global platform to claim victim status they decry this because they ARE thinking about all the people who are really suffering. The first thing they say is ‘What about all the poor people who are victims? Who’s listening to them?’ They too want things to be kinder and fairer.
And today is THEIR day too. As long as they are still alive, they have a right to a seat at the table.
C
cat a year ago

Reply
Upvote
4 upvotes
@chrissyinthemiddle "identity politics further dividing people" is only ever code for "it was nicer when only people like me got to have a voice". The world doesn't suddenly have more divisions, just less heirarchy.
C
chrissyinthemiddle a year ago