Sharon and Ozzy Osbourne have been together for four decades. There’s been violence, drug and alcohol abuse, cheating – oh, and that time Ozzy tried to kill Sharon by strangling her. But somehow, they’re still together.

Sharon met Ozzy in 1970, when she was 17. Her father, Don Arden, was a notoriously intimidating music manager in London. She was working for him. Ozzy, four years older than her, was fronting up-and-coming heavy metal band Black Sabbath.

Sharon had grown up surrounded by violence. Not only would her father "whack" her or yank her hair, he was violent towards other people.

Watch: Sharon Osbourne opens up about Ozzy cheating on her. Post continues below.

"There was nothing unusual in seeing my dad threatening someone or brandishing a firearm," she shared on the show Shrink Rap.

Ozzy remembers the first time he met Sharon, at her father’s office.

"She probably thought I was a lunatic, standing there in my pyjama shirt, with no shoes and a hot-water tap on a piece of string around my neck," he wrote in his autobiography I Am Ozzy.

But he cracked a joke and made her smile.

"It was the most wicked, beautiful smile I’d ever seen in my life. And she had the laugh to go with it, too."

With Don as Black Sabbath’s manager, Ozzy kept bumping into Sharon over the next decade. He married single mum Thelma Riley, after meeting her at the nightclub where she worked. He adopted her son, Elliot, and they had two children together, Jessica and Louis. But he later admitted that due to his drinking and "out-of-control" ego, he was a "horrendous stepdad" and a "f*cking nightmare" as a husband.

In 1979, Ozzy was fired from Black Sabbath, with the other band members claiming his drug and alcohol abuse made him unreliable. Ozzy, alone in a hotel room in Los Angeles, tried to numb his pain with more drugs and alcohol. Don sent Sharon over to LA to sort him out.

"He looked awful," Sharon told Louder. "He hadn’t shaved in weeks. His clothes were covered in food and he smelt terrible. It was heartbreaking to see somebody in such a state of hopelessness." 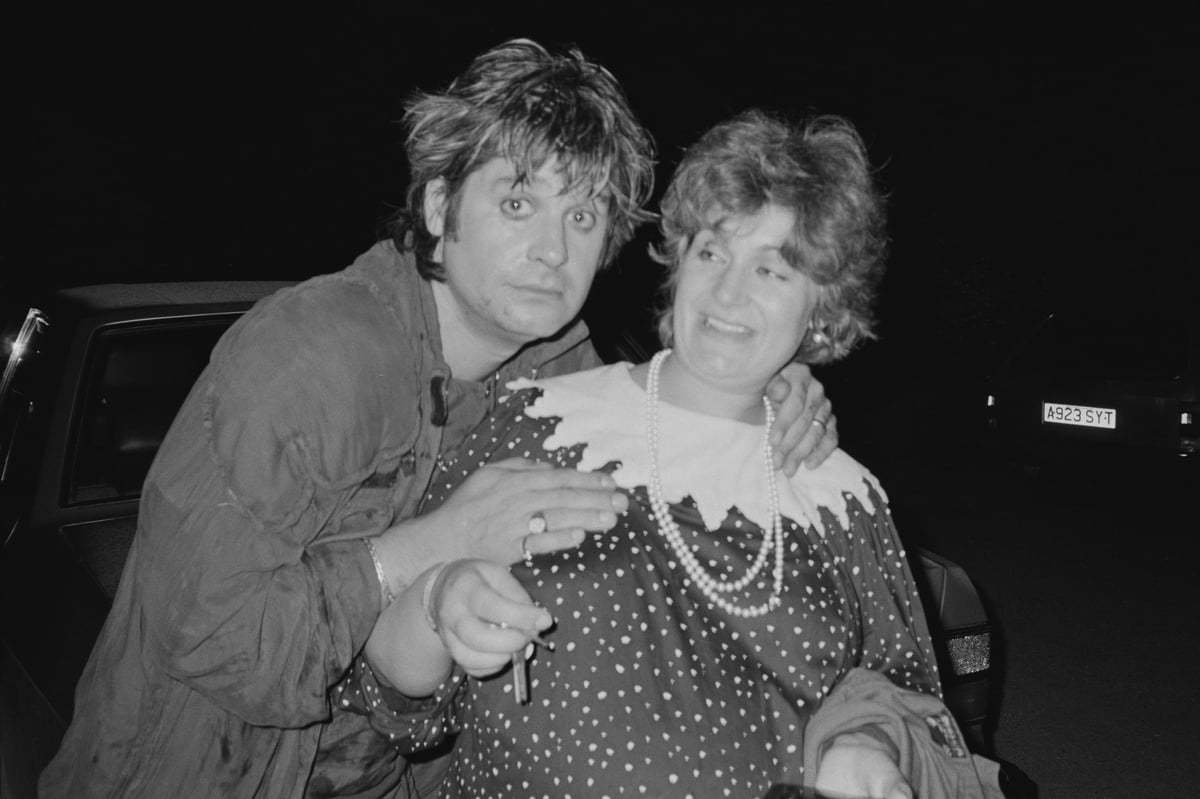 Sharon convinced Ozzy to clean up his act and got his musical career back on track. He was still married to Thelma, but falling for Sharon. Before long, they were in a relationship.

Sharon has never doubted Ozzy’s talent, describing him as "a legend".

"I admire him and I love him," she told The Guardian.

But she admits that people didn’t expect the relationship between them to last.

"They expected him to have a big-titted blonde trophy wife, and he'd got me, a short, fat, hairy half-Jew."

The two married in Hawaii in 1982. Don gave Sharon Ozzy’s management contract as a wedding present. But when Sharon decided to sign Ozzy to a different record label, rather than Don’s, Don sued her. Sharon was furious.

It was around this time that she visited her parents’ house and was knocked to the ground and attacked by their two large dogs.

"You’re like a rag doll," Sharon told The Talk. "I went to hospital and I didn’t know, but I was pregnant and eventually lost the baby."

Sharon didn’t speak to her father for 20 years.

In the early years of Sharon and Ozzy’s relationship, they were both drinking heavily, and they were violent towards each other. Once Ozzy knocked out Sharon’s front teeth. She reacted by throwing a bottle of scotch at his head.

Sharon told The Guardian that she and Ozzy used to "beat the sh*t out of each other”".

"At a gig, Ozzy would run off stage during a guitar solo to fight with me, then run back on to finish the song!"

Their first child, Aimee, was born in 1983. She was followed quickly by Kelly and Jack.

In August 1989, after returning from a peace festival in Moscow, Ozzy tried to kill Sharon. She’d put the three kids to bed and was reading on the couch when Ozzy, high on drugs, walked into the room with a "look in his eyes".

"And he just said, 'We’ve come to a decision that you’ve got to die,'" Sharon said in the new documentary The Nine Lives Of Ozzy Osbourne. "He was calm – very calm – then suddenly he lunged across at me and just dived on me and started to choke me." 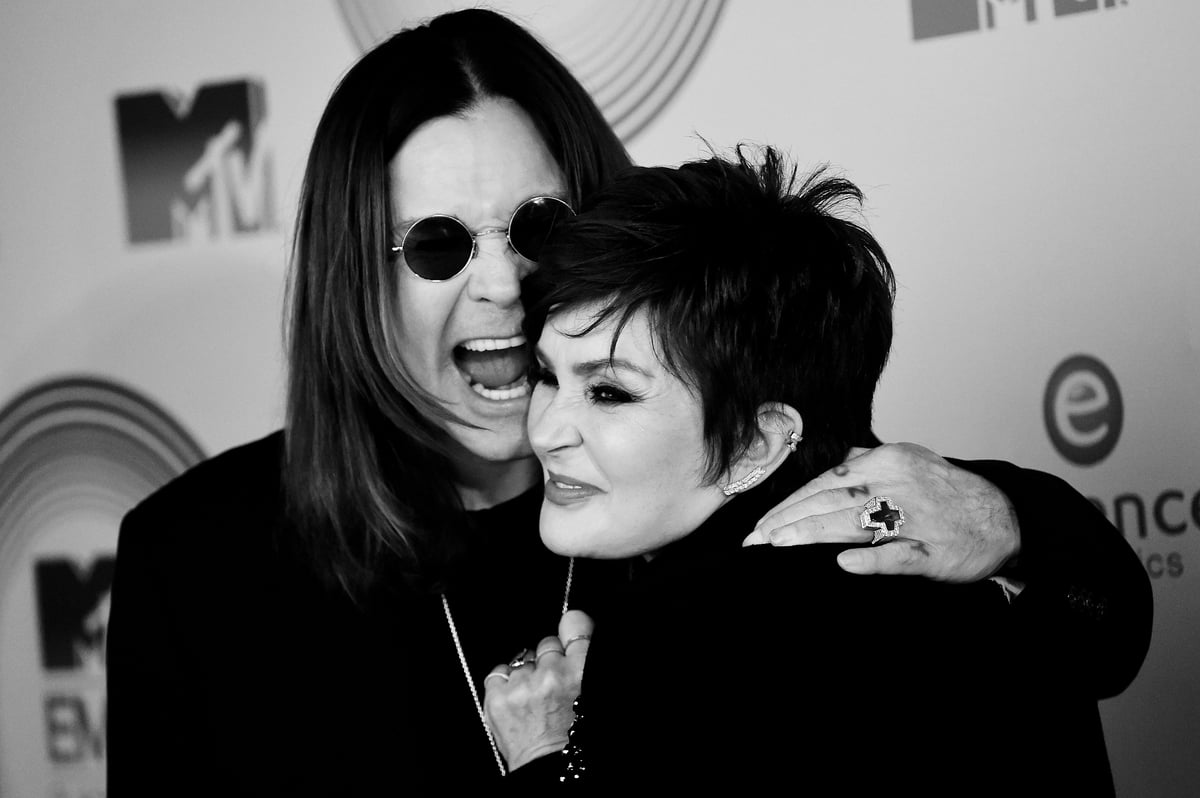 "I felt the calmest I had ever felt in my life."

Sharon managed to press a panic button on a table, and the police arrived. Ozzy was later arrested for attempted murder. He went into treatment for six months. Sharon took him back.

In the mid-1990s, Sharon tried to get Ozzy a spot on touring festival Lollapalooza and was laughed at by the organisers.

'So I thought, 'Right, I'll organise my own f*cking festival,'" Sharon told The Guardian.

Then along came The Osbournes, the reality TV show that made stars out of Sharon, Kelly and Jack (Aimee moved out to avoid being part of it). But in 2002, the same year that the show launched, Sharon was diagnosed with colon cancer. Ozzy had a "full-on nervous breakdown".

"It’s not enough to say that I love Sharon. I owe my life to Sharon. The thought of losing her was unbearable," he wrote in I Am Ozzy.

But he stayed by her side.

"For 18 months, he lay beside my bed, holding my hand, feeding me through a straw, checking my temperature," Sharon told The Guardian. "He was very caring and very loving, but physically not strong."

Sharon recovered and went on to a huge career in TV, judging on The X Factor UK and America’s Got Talent, and co-hosting The Talk.

In May 2016, Sharon and Ozzy split, following rumours that Ozzy was having an affair with his hairstylist. Sharon later claimed in The Telegraph that Ozzy was cheating on her with more than one woman.

"There were six of them: some f*cking Russian teenager, then a masseuse in England, our masseuse out here, and then our cook," she said. "When I found out about the hairdresser, I couldn’t believe it. Because none of these women were show ponies. He was doing it to fill the void in some way."

But two months after they’d split they were back together, with Sharon saying on The Talk that although Ozzy was "a dirty dog", she’d forgiven him.

"I just can’t think of my life without him," she said.

She told The Talk she’d fallen in love with him again because he was "trying so hard to be a better person – desperately trying, working his program, working with his therapist every day and trying so hard".

The following year, Ozzy and Sharon renewed their vows in Las Vegas.

"I made a huge mistake," Ozzy told Hello!. "Without Sharon, I am nothing. I love her. I can honestly say that I have never loved anybody other than my wife."