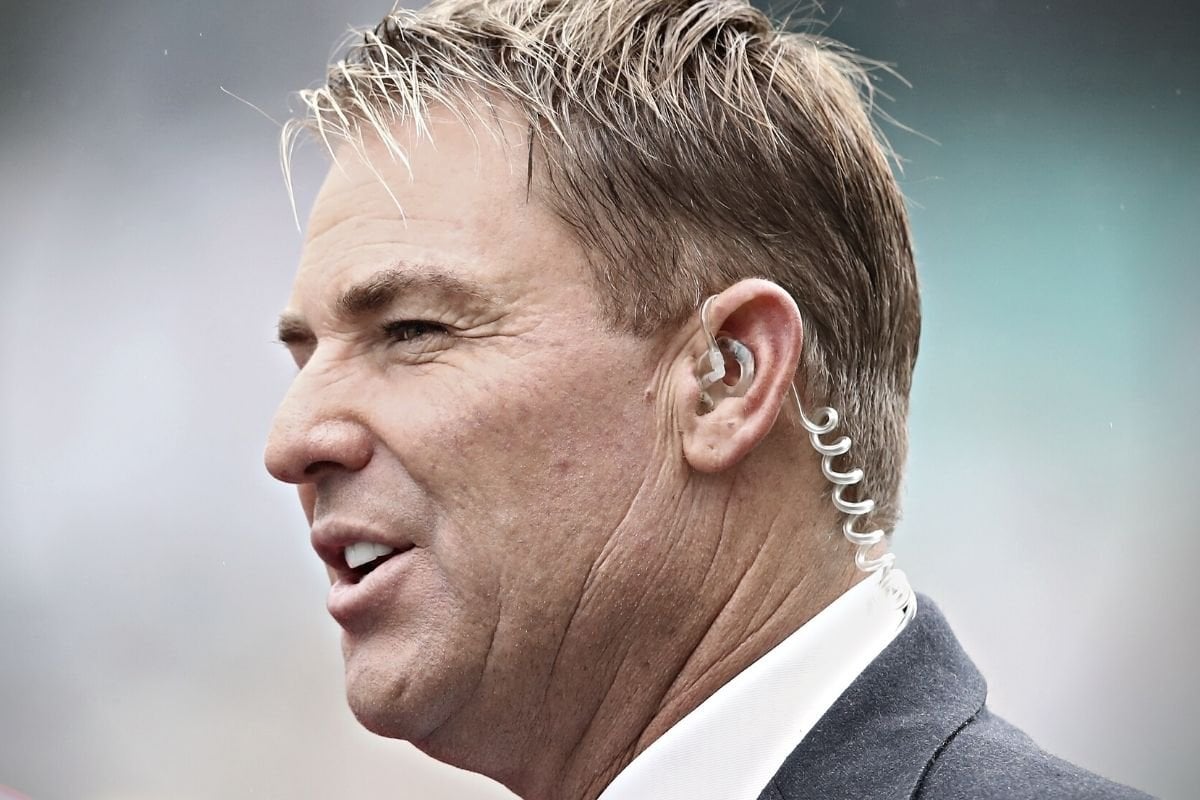 While most of Australia is focusing on the tragedy of Shane Warne's death, there's some muttering on the sidelines that's pulling focus.

The 52-year-old died from a suspected heart attack on Friday while on a holiday in Thailand.

An autopsy on Monday night confirmed the cricketer died of "natural causes," with his body now on its way home ahead of both a private and state funeral.

But it hasn't stopped the muttering.

Muttering that's turned into accusatory assumptions that are likely to get louder as they spread in the unchecked corners of the internet. Those assumptions, you might not be surprised to hear, are being fuelled along by a familiar name: Pete Evans.

The same Evans who in 2021 was banned from Instagram for repeatedly sharing misinformation about the coronavirus.

The same Evans - who, quick reminder, is a chef by trade - was fined by the Therapeutic Goods Administration (TGA) for trying to sell 'miracle' cures for COVID.

“Shane Warne was an amazing cricket player for sure… (it’s) sad,” Evans said, during a public Zoom call doing the rounds on social media. “Who knows what the reasons behind this are and I can’t comment on it.

"However, so many doctors I’ve interviewed have been screaming for the last year-and-a-half, saying the vaccines are going to cause death like we’ve never seen across the planet.

"And they’re all predicting we’re not going to see the outcomes of this — or the real side effects — for the next three to five years. We’re witnessing it happening with athletes on field and there’s a reason behind that."

They're also referencing the recent death of fellow cricketing great Rod Marsh, 74, who also died from a heart attack on Friday.

Very sad to hear of the passing of Rod Marsh. As a kid he was my favourite player. He was part of one of the most exciting eras in Australian and world cricket. He will be remembered as one of Australia’s greatest ever Test cricket players. pic.twitter.com/SvRhe2u2z9

The fact that the deaths of these two cricketers are being used to push a conspiracy theory is, unfortunately, not all that surprising. And as we've learnt time and time again throughout this pandemic, the small but loud groups peddling these anti-vaccine theories are very successful at leaning into people's fear and concern about anything COVID-related to feed their narrative. And they do so without any credible evidence.

The COVID-19 vaccine is safe and saves lives. It is the largest global vaccine rollout in history - and no, that doesn't mean it was rushed. It means that we, the global population, had a common cause that we threw all our money and resources and best brains at, which allowed us to progress through the stages of research and clinical trials faster than we've ever done before.

As Dr Lucas De Toca, who leads the Primary Care Response to the COVID-19 pandemic at the Department of Health, shared with Mamamia: "For COVID, there's been such focus internationally that studies have been incredibly large — way larger than any other vaccine studies — which means that you can achieve the same statistical significance in shorter periods of time. This is what allows for the vaccines to be done seemingly 'quicker' than another vaccine processes."

There have been 11 confirmed deaths linked to the COVID vaccine in Australia, out of 54 million doses. No death is okay, but the protective benefits of vaccination continue to far outweigh the potential risks - and as the Therapeutic Goods Administration state, "Vaccination against COVID-19 is the most effective way to reduce deaths and severe illness from infection."

By way of comparison, we've had close to 5,500 people die out of 3.36 million confirmed cases of coronavirus. But if you look at the numbers of fatalities overseas, you know that number could be much, much higher. Thankfully, we managed to keep the virus largely at bay while we waited for vaccines to be approved.

Some more facts - Shane Warne was one of the 94.6 per cent of Australians vaccinated against COVID-19. He also contracted COVID, and was placed on a ventilator while suffering from the disease in August 2021.

He told the Herald Sun once he'd recovered, "It wasn’t because I could not breathe, or anything like that, it was basically a special ventilator that I was trialling to make sure there were no longer-lasting effects that Covid would have on me."

We don't have any confirmation on whether Rod Marsh fell into either camp. But none of that matters anyway - it's all irrelevant chatter.

Because these 'theories' about Marsh and Warne and vaccines are being shared on the internet without a scrap of evidence. (You'll notice there's no chatter on whether Warne's death is linked to COVID itself.)

Instead, it's just comments like: "Vaccine injury or coincidence?" And: "WAKE UP."

Is this what we've come to? Labelling every untimely death as vaccine-related? It's irresponsible. It's unhelpful. It's conspiracy.

So if you happen to hear conversations and comments linking the deaths of Warne and Marsh to vaccination, remember this: Vaccines are between 91- 96 per cent effective in protection against severe disease. They're saving lives. They're helping to stop our hospitals being overrun by the sick and dying.

These men died from a confirmed and suspected heart attack. And as the Heart Research Institute states, heart attack remains a leading cause of hospitalisation and death in Australia.

Let's stick to the facts. And ignore the unfounded, inappropriate and factually incorrect assumptions clogging up commemorations to two of Australia's greatest cricketing legends.