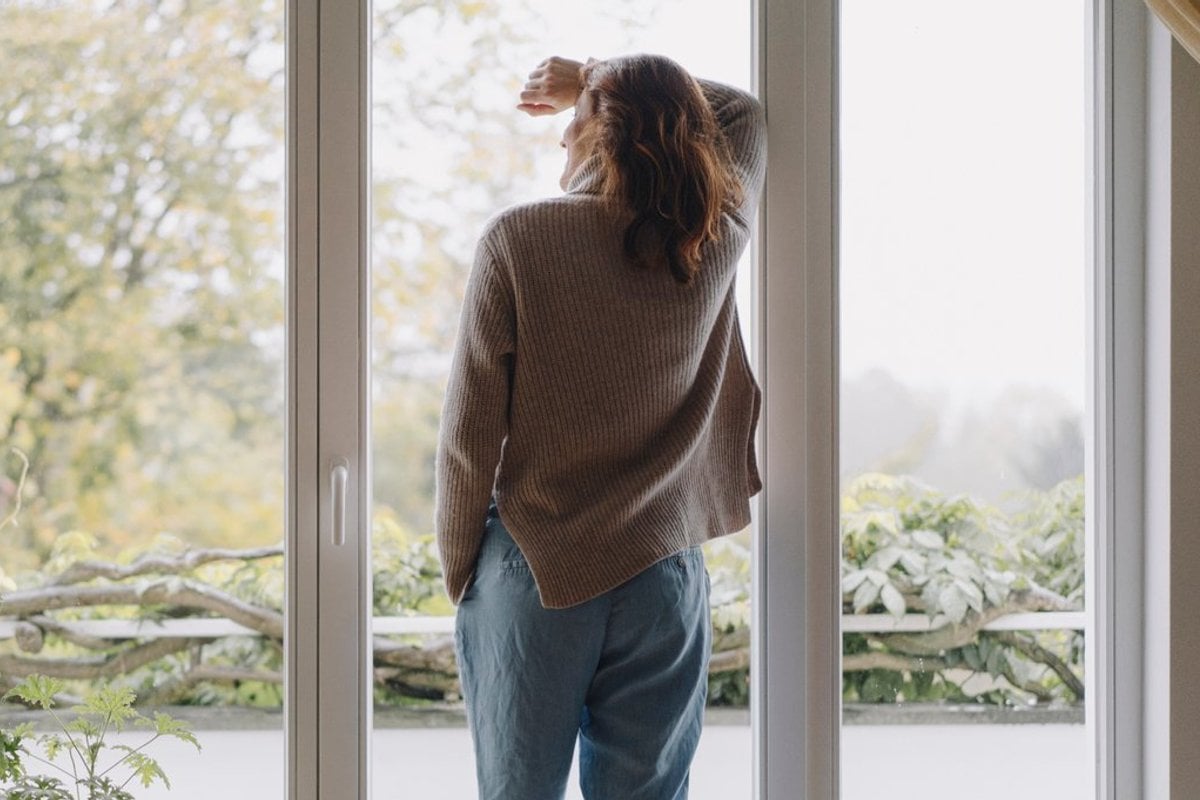 This post discusses sexual coercion and may be triggering for some readers.

“What will you do to him tonight?” he asked. He loved knowing the details of sex with my husband and describing them sent heat waves through my body.

Having never sexted before, it left me panting and turned on.

I hadn’t sought out an online affair when I went on the game site. It was a way to fill in the time. A way to avoid my life, avoid my husband, avoid thinking. The word games were fun, but I quickly found out they were more fun than I expected.

The word challenges were really a cover for subtle online hookups. No need for a dating profile! You could private message other players and if your partner looked over your shoulder, you could quickly switch to the game and no one would suspect a thing. Initially, it felt harmless. It was just flirting, right? But then I met Jeremy.

Shortly after marriage, life with my husband started to deteriorate. It became clear he thought wives should be submissive and supportive. To him, that meant agreeing with his opinions, and never refusing sex.

But the sex since marriage had been feeling… I wasn’t sure what, but something was off. We were a fairly newly married couple and, having rushed into marriage, were a new couple in general. We had sex every week, but the excitement I expected to still have, the 'I-want-to-rip-your-clothes-off' feeling, just wasn’t there.

I was convinced it was me. I became an ice queen. Frigid. Numb. My mood was low and my sex drive even lower.

When I didn’t want to have sex, my husband would sulk and tell me I was cold. “You’re the only person I can have sex with,” he’d say. “You know it’s what makes me feel loved.” It wasn’t like we were never having sex. We had it every week, but he wanted every day.

And the weeks we had it every day, he’d want it twice a day. The more we had, the more he wanted. He’d tell me all the men in his family had a high sex drive, it was what they needed, although I wondered how he knew that as his very conservative family never seemed to speak about sex.

Eventually, I’d agree to sex but, because I wasn’t in the mood, I’d often tear with penetration. I started to associate sex with pain and became even less affectionate. I didn’t want to touch him because every time I did; he wanted it to lead to sex.

There was another misgiving I couldn’t quite put my finger on at the time. I often had a strange feeling of disconnect with my husband during sex, as if I could be anyone and he wouldn’t care. There was no foreplay or affection, no attempt to make me feel good. He said it made him feel loved, but nothing about it felt loving for me.

When Jeremy started flirting with me online and my body responded, I wondered if I’d found a solution. Jeremy’s messages were hot and left me smouldering. I was turned on and my husband got a willing wife in the bedroom: did it matter who got me there? It wasn’t like a real affair, I told myself. He was safely on the other side of the world. I didn’t even know if Jeremy was his real name.

For a while, it seemed perfect. Until it really wasn’t. Still, it took me over a decade to realise I didn’t need an affair to heat up my marriage; I needed to leave it.

“Show me a picture,” Jeremy messaged.

I hesitated. We’d been talking online now for over a month. My thoughts had started wandering to him during the day, going over his latest most romantic messages, wondering when I could talk with him again. His witty sense of humour melted my cold walls. I wasn’t an ice queen for Jeremy. I was sexy and naughty. I was volcanic. He filled my mind and body with hungry, all-consuming sensations I hadn’t felt in a while and I was addicted. But sending him a picture? That felt too real.

“No,” I typed. “I don’t think I feel comfortable with that.”

“I’ll send you mine first,” he said and promptly did. I held my breath and stared at his photo. He looked nothing like he’d described. A sudden realisation hit me: I didn’t know this man at all.

“I’m sorry. I still don’t feel comfortable sending you mine,” I typed.

For the past month, he’d been nothing but sweet, funny, and romantic. He listened and empathised with me about my issues with my husband. He’d been gentle and caring. Now he turned on me.

“So I send my photo and now you’re going to be a bitch?” he typed. He ranted at me until I cried. I knew it was over, he wasn’t who I thought he was.

My husband came into the lounge and asked what was wrong. He was in a happy, gentle mood and looked down at me with concern.

Listen: Mia Freedman interviews a domestic violence expert on the invisibility of abuse. Post continues below.

What was I doing getting my heart broken by a stranger when I had a new husband right there?

“I’m okay,” I said wiping my eyes and switching off the computer. I decided then, whatever our issues were, I’d try to deal with them within the confines of my marriage. An online affair wasn’t a solution for me and I felt stupid for thinking it was, although I did fall into the same escape strategy again later on.

I’d tried to escape mentally to solve the problems of sex in my marriage. What I needed to see was what I was trying to escape from. Sexual coercion is a form of abuse and there were many more forms of abuse occurring in my marriage. They only escalated as time went on, as often happens in abusive relationships.

One of the reasons I couldn’t see the real problem was my religious background. Christian wives often mistakenly believe they shouldn’t say no to their husbands. It’s a common misunderstanding within religious communities and one that does a lot of damage.

Withholding sex shouldn’t be used as a weapon to manipulate, but it’s also never right to guilt-trip, shame, or try to convince someone to have sex when they’ve said no, even if they’re your partner or husband.

Sexual coercion is on the continuum of sexually aggressive behaviour. It can be subtle and harder to pick up than other more violent, overt forms of sexual aggression.

One partner might use compliments, convincing arguments, emotional manipulation, or guilt to try to coerce the other into sex.

My cold front was an understandable response to coercion. My “no” wasn’t respected. I didn’t need to heat up and become less frigid, he needed to cool off and meet his own needs in a respectful way without manipulation.

This post was originally published on Medium, and has been republished with full permission.