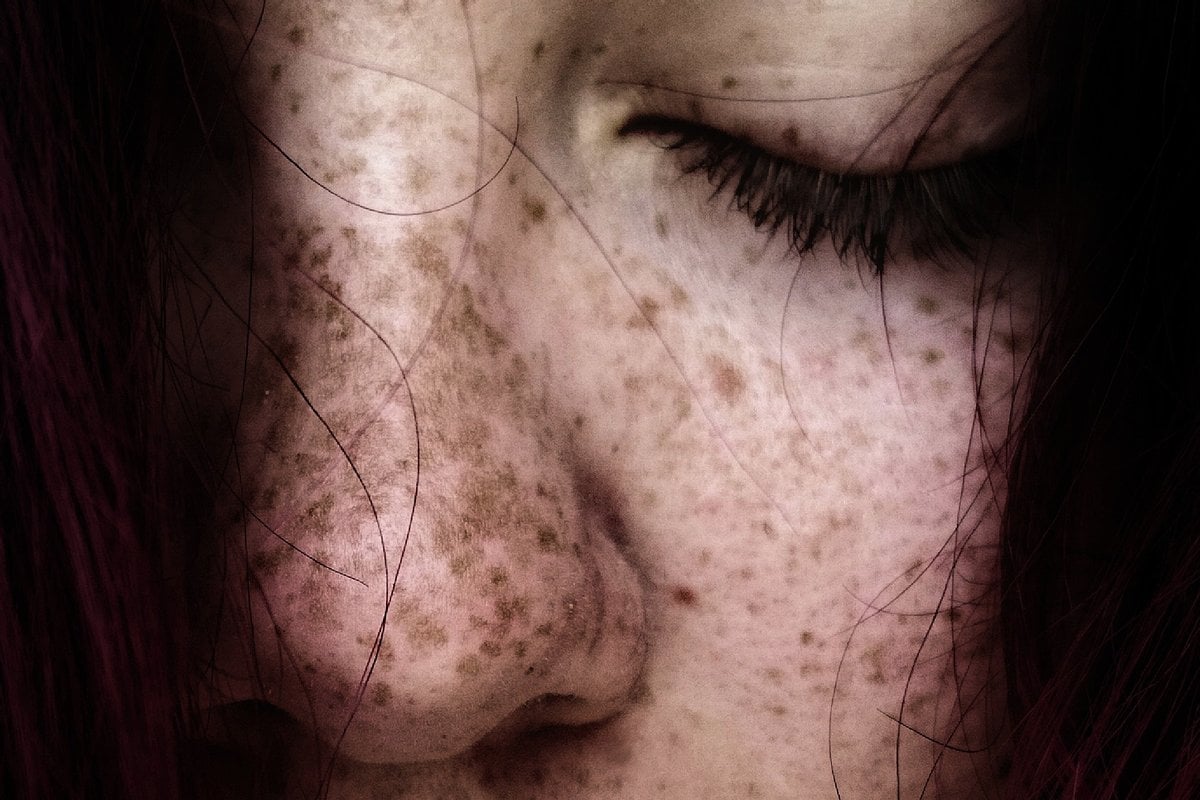 Warning: The following deals with sexual assault and self-harm, which may be triggering for some readers.

It’s tough out there in the dating world. Especially, I argue, when you reach your thirties.

The dating pool is smaller at this age, and we’re all bringing various-sized baggage to the table: heartbreak, ex-spouses, children, mental and physical health struggles or financial woes. However, for the most part, we keep giving it a crack. I always believed life is better spent with someone, and I still do. Even after what happened.

What I didn’t expect when I stepped into the world of online dating was being put in a position where my body — more specifically, my vagina — was used as an object, as if it was unattached to a being that had feelings, a voice, a right.

The guy and I had been messaging for a couple of days. One night, whilst I was out with friends drinking and having fun, he messaged me asking if I wanted to have a wine at his place. Liquid courage (and might I say here, dear reader, I was not drunk — just merry) had me saying yes, why not? I had been online dating for a few months by then, and I hadn't had any issues; just a few men who were not my 'ever after'. So, I felt what I would now deem to be a false sense of security and safety.

We had a glass of wine at his place, listened to music and then we started making out. I advised I don’t have sex so soon, and he said: "That’s fine." However, at some point during our make-out session, he turned me over and put his penis inside my vagina, unrequested and unprotected. I tried to say no, but I froze up. I think, deep down, I didn’t know what would happen if I said no.

Next thing I knew he had shoved his penis in my arse and came inside me. He pulled out, went to the bathroom, and I used this time to leave.

No words had been spoken from the moment we had started making out.

I walked away from this knowing deep down I had changed; something inside me had switched off. I went home, threw all the clothes I had been wearing in the bin and didn't tell a single soul. Instead, I started cutting myself and drinking to cope. From that moment, I felt nothing for any man I interacted with. Every heterosexual male became the enemy, an arsehole, a man ready to strip me further of my rights.

A year later, I posed a 'hypothetical' question to a close male friend. It was a very similar story to what happened to me. His response disappointed me, but also didn’t surprise me.

In short, he told me any woman going to a man’s house late at night to have a "drink" wants sex, or at the very least, sex is a high possibility from a man's point of view.

I eventually confided in a female friend what happened to me. She asked why I didn’t go to the police, but also said a word I had never been able to say to myself: "He raped you."

Yet, to this day I do not know if I was raped or sexually assaulted: is there even a difference between both terms?

I never said, "No, stop." I did make it clear I didn’t want to have sex that night before we started making out, but I went to his house late at night, a man I had never met before. But then he went inside me both vaginally and anally, without protection.

All I know is I changed that night.

If this post has raised issues for you and you'd like to speak to someone, call the national sexual assault and domestic violence counselling service 1800 RESPECT on 1800 737 732.

Reply
Upvote
As described, it was rape.

Start and end of story.

She is almost guaranteed to not be the only victim of this cretin.

Unless he is apprehended and prosecuted, he will rape again and I expect also use increasing levels of violence.
mamamia-user-72694776 3 months ago