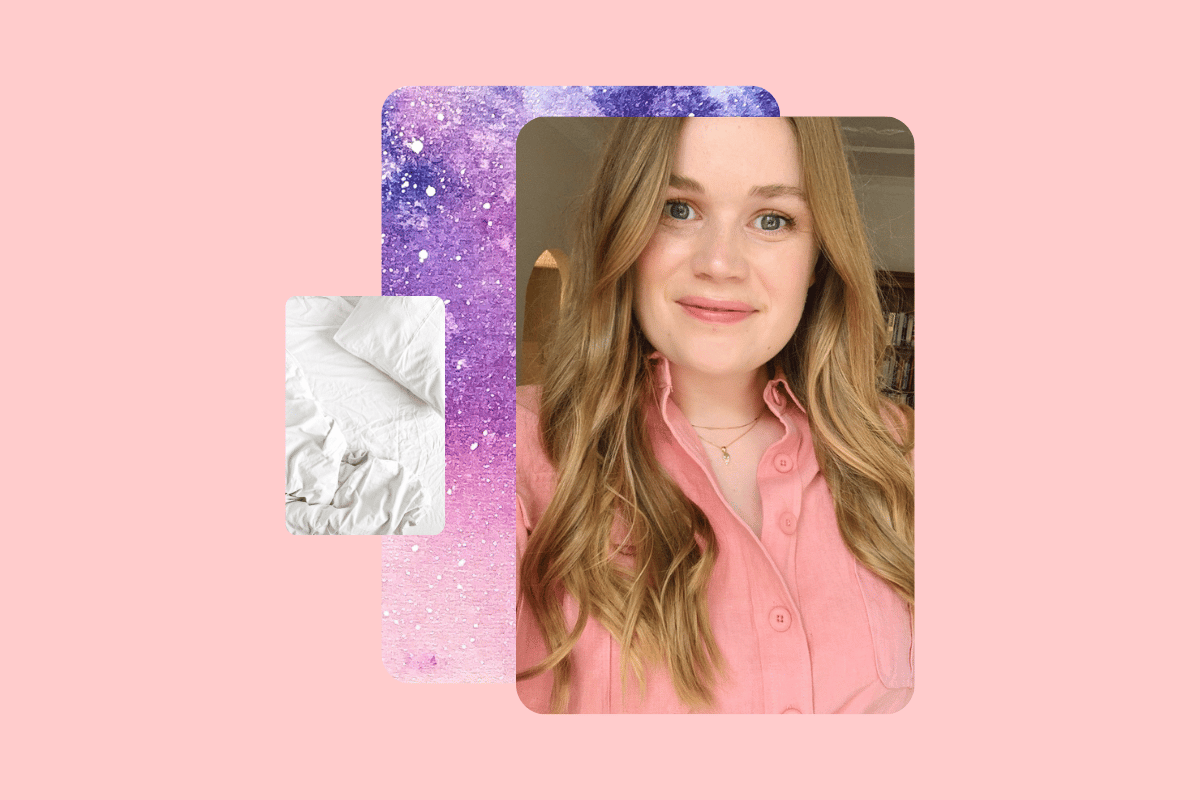 You're probably used to seeing trend wrap-ups in the beauty, fashion and lifestyle spaces, right? Telling you what you should be wearing, doing to your living room, and putting on your face in the next year.

And as a lazy gal with sheeply tendencies, I love that stuff. I eat up trend reports for breakfast, and my Instagram saved folder is just stacks upon stacks of stylish people so I can copy and paste their wardrobe.

But I noticed that this is a formula rarely replicated in a space that dominates my nine-to-five (and hopefully my after-five too). And that's sex.

Psst! Check out the juiciest results from the Mamamia Sex Survey. Post continues after video.

So I've decided to take things into my own hands, and gather all my sexual research from years past to predict the sexual future.

So, with that in mind, here are my top five sexual predictions for the year ahead.

1. Things are about to get way more fluid.

For those with their mind currently in the gutter, I am not talking about bodily fluids. No, sir. Instead, I'm referring to the boundaries of relationships getting more fluid.

A reduction of rigidity is on the cards for 2022, with predictions that Ethical Non-Monogamy will see a rise in participants. What does Ethical Non-Monogamy mean, I hear you ask? Well, let me explain. ENM is the umbrella term used for lots of different relationship structures - including polyamory (multiple romantic or sexual partners), swinging (sexual adventures outside of a relationship), and open marriages (where a couple decide to invite one or more members into the mix for romantic or sexual purposes).

Sure this may chime back to that 'free love' mindset in the 70s, but the 2022 edition of this trend has one very important difference: the mention of the word 'ethical'. This indicates that everyone involved in these various relationship dynamics are enthusiastically approving of them, and will often define their comfort levels and personal boundaries well before more people are added to the mix.

So why has this suddenly piqued in popularity? Well, because we're all finally having more open conversations about sex, relationships and our expectations and needs across the both of them.

"Hetero-normative assumptions about sex, about what 'counts' as sex, are being thrown out (and about time too!)," says sex expert Abby Moss. "And this is giving people of all genders, whether single or in a relationship, a lot more mental freedom to explore sexually."

3. Men's sex toys are about to get classy.

I know even that sentence alone will probably conjure up a bleak image of a guy crouched over on a bed wanking into a musty old fleshlight that he hides from everyone. And that's fair enough! Because while the sex toy space has blossomed for female-identifying customers, it has kinda left dudes and their solo play behind.

But 2022 will wave goodbye to basic strokers and low-grade silicon wank buckets and see an injection of innovation in the space. In fact, there have already been developments, with a 'Pleasure Air Stroker' launching that mimics the same genius technology we all know and love from clit suckers like the Satisfyer Pro. Boys, brace for impact! 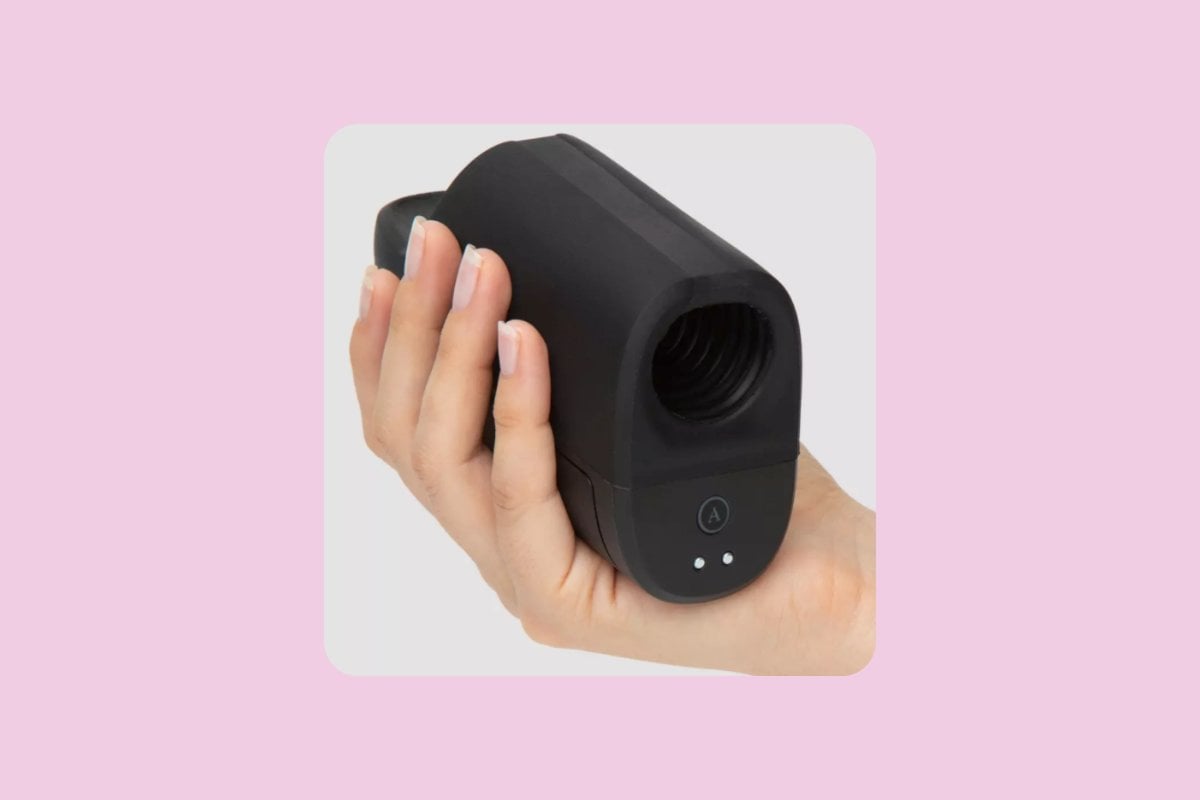 Warning: As with all new tech developments, these products start off seriously expensive, so you'll be looking at sex toys starting in the $200 and up bracket right now. BUT, as popularity rises, more products will be designed and the prices will drop. So hold tight, pals.

4. Sex and disability will finally get the spotlight it deserves.

Trying to manifest that 2022 will be the year that silly stigmas and stupid stereotypes get left behind. Can you tell??

The sex lives, wants and needs of the disabled community has been something that a lot of people and sexual wellness companies have actively ignored. And why? Well, because there's a totally incorrect belief that people with disabilities don't want or have sex.

And I'm not the only one thinking this. In fact, there was a milestone moment where the World Health Organisation (WHO) declared they were officially classifying 'sexual pleasure as a human right'. BIG YEP.

So how are we making sure sexual pleasure is accessible and destigmatised for people living with disabilities? Well, with the sex positive moment, of course.

"There is a sex-positive movement sweeping society and people with disability are set to benefit! As cultural attitudes and norms around sex change and sexuality is seen as natural and healthy for everybody, there will be greater opportunities for people living with disability to explore their sexuality - free of shame, taboo, and barriers. Demand will drive fantastic new advancements in adaptive sex tech in the coming years that will make pleasure more accessible," shares Candice Care-Unger, Royal RehabSexuality Service Team Leader and Psychosexual Therapist and Social Worker.

"Not only will these changes address basic human rights, but with one in five people living with a disability, exciting product innovations make good business sense."

Let's make sure 2022 keeps these conversations rolling, so we can help everyone have the sex they deserve.

Okay, I know this is technically out of the bedroom, but bear with me.

There are a heck-tonne of developments in sextech that sit firmly in the robot-AI-outta-space-ET environment, and it's better for you to know this now rather than when it's too late and the sex robots take over the planet.

Sex is also being prioritised in actual space travel. Thanks to rapid movements into the great unknown by the likes of SpaceX and Elon Musk, sex toy companies like We-Vibe have been quick to point out that sex toys are the only viable option for self-pleasure in orbit - meaning they may officially make it into astronaut's suitcases for space travel.

What sex trend do you think you'll be jumping on? Let me know in the comments!