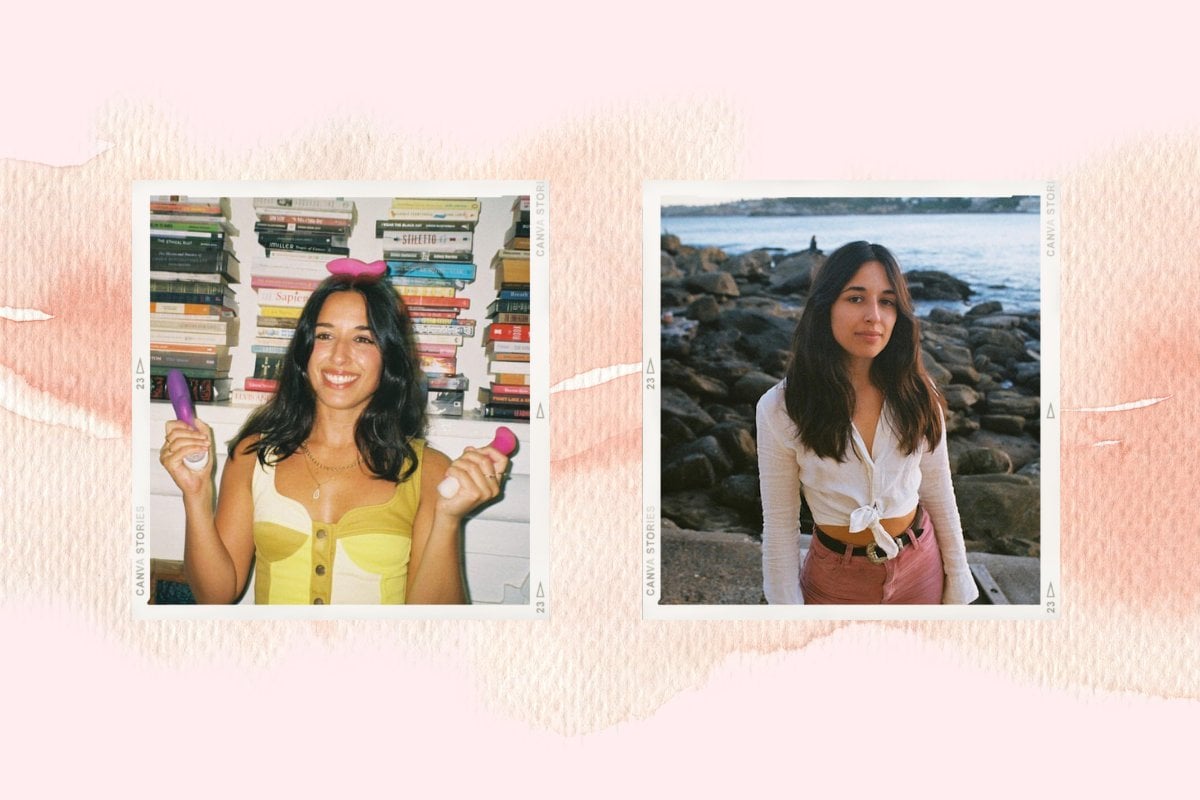 As experienced by many young, carefree 20-somethings living their best life during their university years, I had a massive quarter life crisis in the middle of my undergrad psychology degree.

In search of guidance, I did an online career quiz (I know…) which told me I should work as a therapist. This was frustrating as I'd hoped for some kind of divine intervention, but it also served as a sign that I was on the right path - sort of.

That same website had a sidebar that showcased the vast areas of therapy one could study, and as I was scrolling through the options, one stood out to me: sex therapy.

I couldn’t believe it - a job where you get to discuss all the wonderfully intricate parts of sexual function AND get paid for it. I was in, and I was hooked.

As a sex therapist, there doesn’t tend to be a lot of job openings, which led me to start my own business.

It was great - I got to explore my own sexuality, help my clients with theirs and build a career that was both brilliant and perfectly suited to me.

What people don’t tell you though is that running a business, as rewarding as it is, can be bloody hard. And as a sex therapist, the last thing I expected to learn was how much the stress of running a small business impacts people’s libidos!

In fact, a recent survey by Xero on the emotional impacts of running a business, uncovered that three in five small business owners say running their business has impacted their sex life, with nearly a quarter (23 per cent) suffering from decreased libido.

This is compounded with another two in five (39 per cent) single small business owners claiming that they’re missing their chance at finding love due to a lack of time for dating.

If you’re a small business owner feeling the strain on your love life, you’re not alone. As a sex therapist, it was abundantly clear that the pandemic and lockdowns had a serious flow-on effect on our sex lives. Job losses, reduced income and being stuck inside the house impacted us all.

From a professional point of view, my clientele didn’t have as much discretionary income to spend on services like therapy, despite the fact that it was a time they needed the support most. I had to reduce my rates to help keep my business afloat, which turned out to be incredibly popular as people were desperate to jump back into affordable therapy – but it also meant I was working harder for less.

Listen to this episode of Mamamia's sex podcast, Sealed Section, for all the insights into libidos. Post continues after podcast.

Personally, my dating life went out the window, and I really missed having proper dates. When restrictions came in the only dates I could go on were walking the dog together. There’s nothing quite like flirting with someone whilst picking up dog poo! The pandemic truly pushed my flirting skills to the next level.

Thankfully, in my line of work, sex toys are tax-deductible, so I invested in many (many) to help get me through.

Despite all the challenges and impacts of running a business, I’m with the three quarters (77 per cent) of Australians who wouldn’t change running their business for the world.

If you’re a small business owner and your sex life is struggling, here’s my top three tips to help you get through: