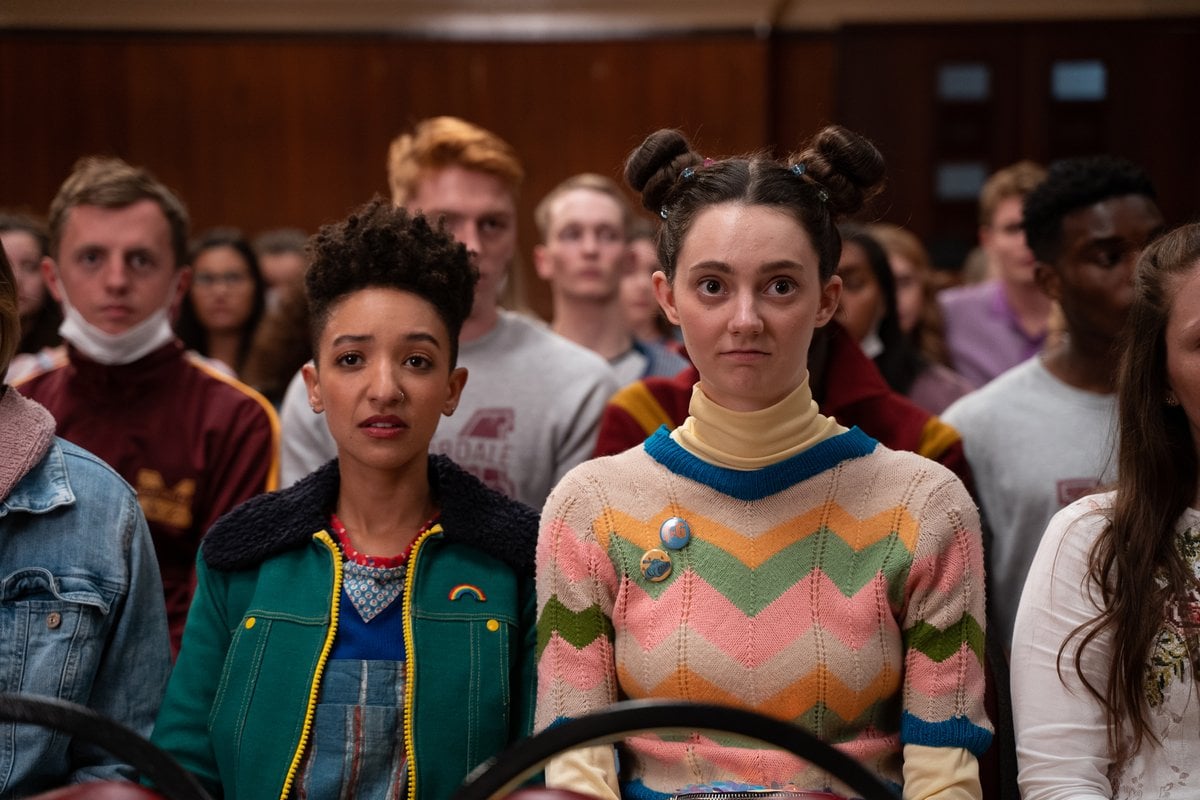 After a long wait, the third season of Sex Education has finally landed on our screens.

And although it’s been less than a week since Netflix released the new season, it’s safe to say fans have absolutely devoured the comedy-drama series.

Starring Asa Butterfield, Ncuti Gatwa, and Gillian Anderson, the sex-positive series is loved among fans for exploring all the awkward intimacies of sexuality, identity, and relationships.

And season three is doing just that.

Watch the trailer for Sex Education season three below. Post continues after video.

As the new season dominates Netflix, here are 12 things you didn't know about Sex Education.

The show was inspired by John Hughes' iconic movies.

Although Sex Education covers contemporary storylines, the comedy-drama has a retro feel.

While the students in the series use smart phones, the cars, costumes, and household appliances seen in the show hail from the 1970s to the 1990s, giving the series a timeless feel.

The retro and colourful vibes in Sex Education were partly inspired by John Hughes' iconic movies from the 1980s, including The Breakfast Club and Sixteen Candles.

Speaking of John Hughes, the Netflix series took inspiration from The Breakfast Club in season two, when Maeve, Aimee, Ola, Lily, Viv and Olivia were forced to spend detention together in the library. 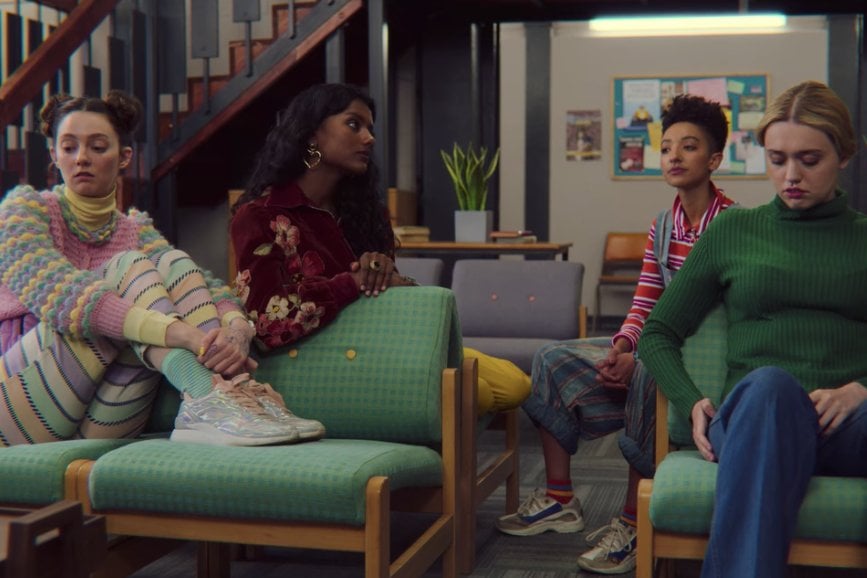 While the series is set in the UK, the students wear letterman jackets, use lockers, and even play American football.

Speaking to The Observer, Gillian Anderson, who plays Jean in the series, referred to Sex Education as "a contemporary British love letter to American high school films".

To prepare for the sex scenes, the cast watched videos of animals... mating.

In a behind-the-scenes interview for Netflix, the cast shared they watched videos of animals mating to prepare for the sex scenes in the series, including videos of lions and even slugs.

"We watched those, and the next day, we spent the afternoon replicating the aforementioned mating," Emma Mackey, who plays Maeve, shared.

The sex scenes in the series were also largely choreographed.

"They're technical. We really choreographed everything we were going to do," Ncuti Gatwa, who plays Eric, added. 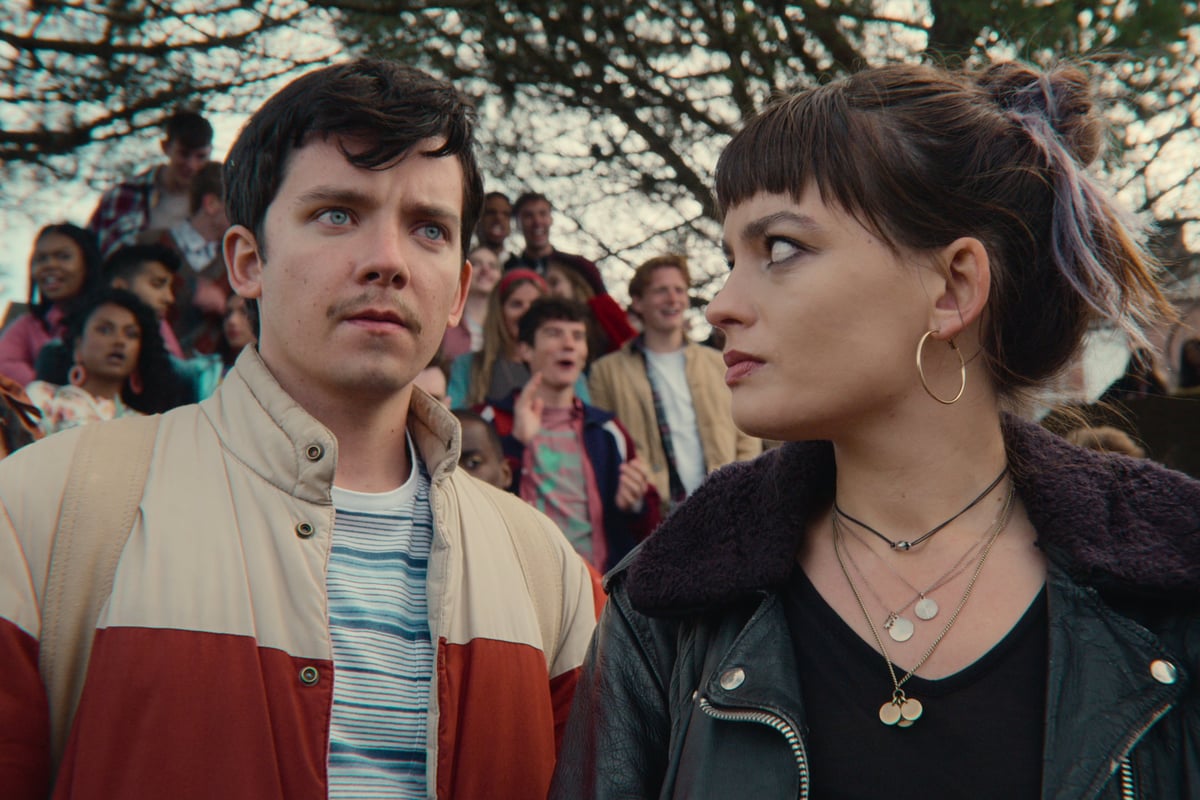 There was also an intimacy coordinator on set.

Likewise, there was also an intimacy coordinator on set to ensure the show's sex scenes were handled with care, and to provide support to the cast.

After three seasons, Aimee Lou Wood, who plays Aimee in the series, recognises the importance of an intimacy coordinator.

"When I watch sex scenes now that clearly didn’t have an intimacy coordinator or a supportive director or something, you can see that the people are uncomfortable," she told Collider.

"You can actually read it in their bodies and their faces and everything."

As for nudity on set, the cast aren't actually naked on the show.

Instead, skin-coloured underwear and socks are used to help the actors cover up.

The series is primarily filmed in Wales.

Most of the series was shot in Wales and England.

For instance, Moordale High is filmed at a former university in Newport, South Wales.

Similarly, the nature scenes are primarily filmed in the Forest of Dean, which is located on the border of Wales and Herefordshire. You may recognise the forest from Harry Potter and the Deathly Hallows.

Connor Swindells, who plays Adam, and Aimee Lou Wood, who plays Aimee, dated in real life for over a year.

The couple began dating in January 2019, before splitting up in early 2020.

Speaking to Grazia about their split, Wood shared: "We’d had some time apart and then we realised that maybe the relationship wasn’t serving us both."

The 26-year-old also shared that their split was amicable.

"We still really love each other and respect each other. It was an okay breakup, it wasn’t dramatic," she said.

In a new interview with Elle, Emma Mackey shared that she almost didn't accept the role of Maeve.

"I wasn't sure if I was even going to do it. I'd never done [a TV series] before, so it was quite a momentous thing to take on," she admitted.

"Luckily, it's been handled really beautifully and has been edited and cast really well. It sets the bar very high."

Gillian Anderson also wasn't keen on the show at first.

When Gillian Anderson first received the script for Sex Education, she threw it in the bin.

"I’m not really sure whether I thought ahead," Anderson told The One Show.

"When I first read it, I had not really responded to it. I’d kind of put it in the bin, and my partner suggested I take it out of the bin and look at it a bit more seriously.

"And actually when I did I found it incredibly hilarious, and kind of got what it was that they were after." 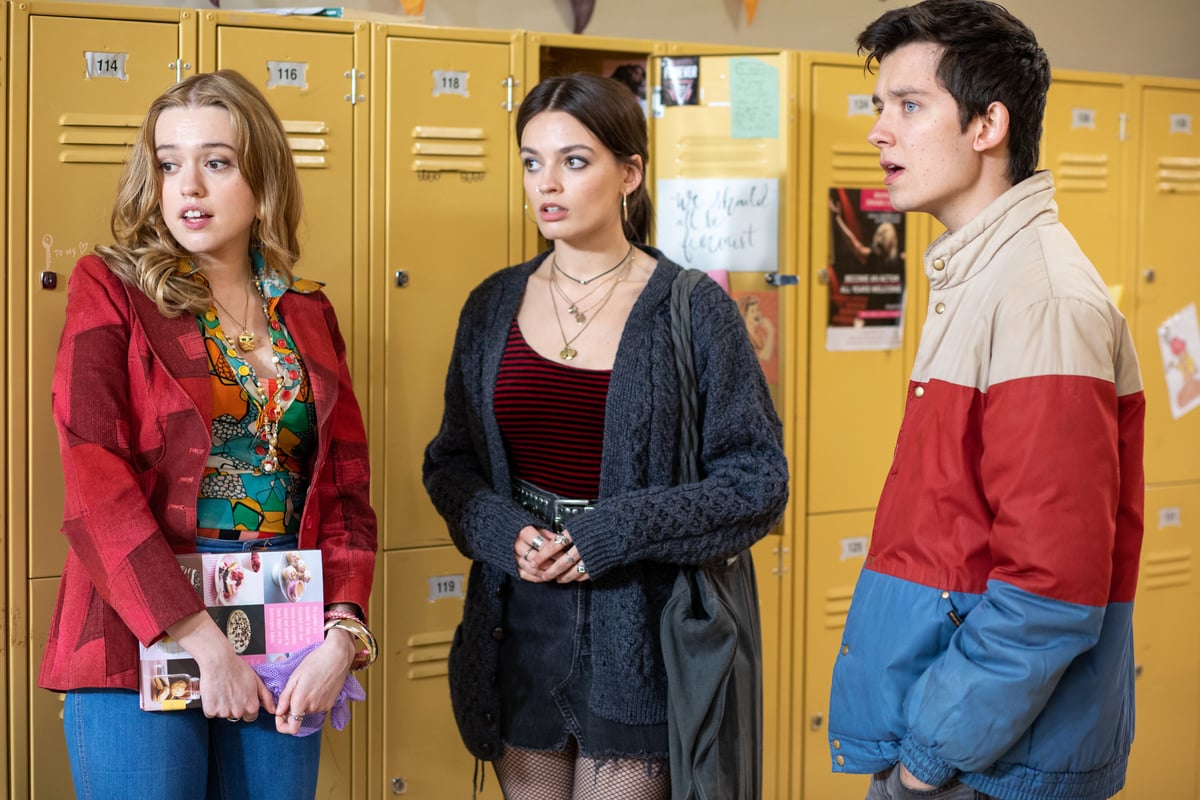 Aimee Lou Wood originally auditioned for the role of Lily.

"From my agent, I got through this audition that was for Lily," she told Collider.

"All I saw were Lily’s sides, so I didn’t see the rest of the script. I only saw Lily’s stuff, and I thought she was hilarious and the show seemed amazing.

"And then my friend, because of her job at the time, she read the scripts, and she said to me, 'Why aren’t you going in for Aimee? I feel like there’s a character in it called Aimee and she is your part,' and I was like, 'Well, I’ve got an audition for Lily.'"

After three auditions, Wood found out that she wasn't going to land the role of Lily.

Instead, the producers suggested she audition for Aimee, which she landed.

Aimee's sexual assault in the series was based on a true story.

In season two, Aimee was assaulted by a stranger on a bus.

In an interview with The Times, series creator Laurie Nunn shared that the scene was inspired by her own experience, which involved a "threatening man" exposing himself to her on a bus.

"I froze in that moment, then ran off the bus and burst into tears," she said.

"I did report it later, but for ages, I couldn’t go on public transport, I was too frightened.

"A conversation needs to be had around how people can step in and help. This situation is a truth all women know. We live with this constant possibility of threat, it is exhausting." 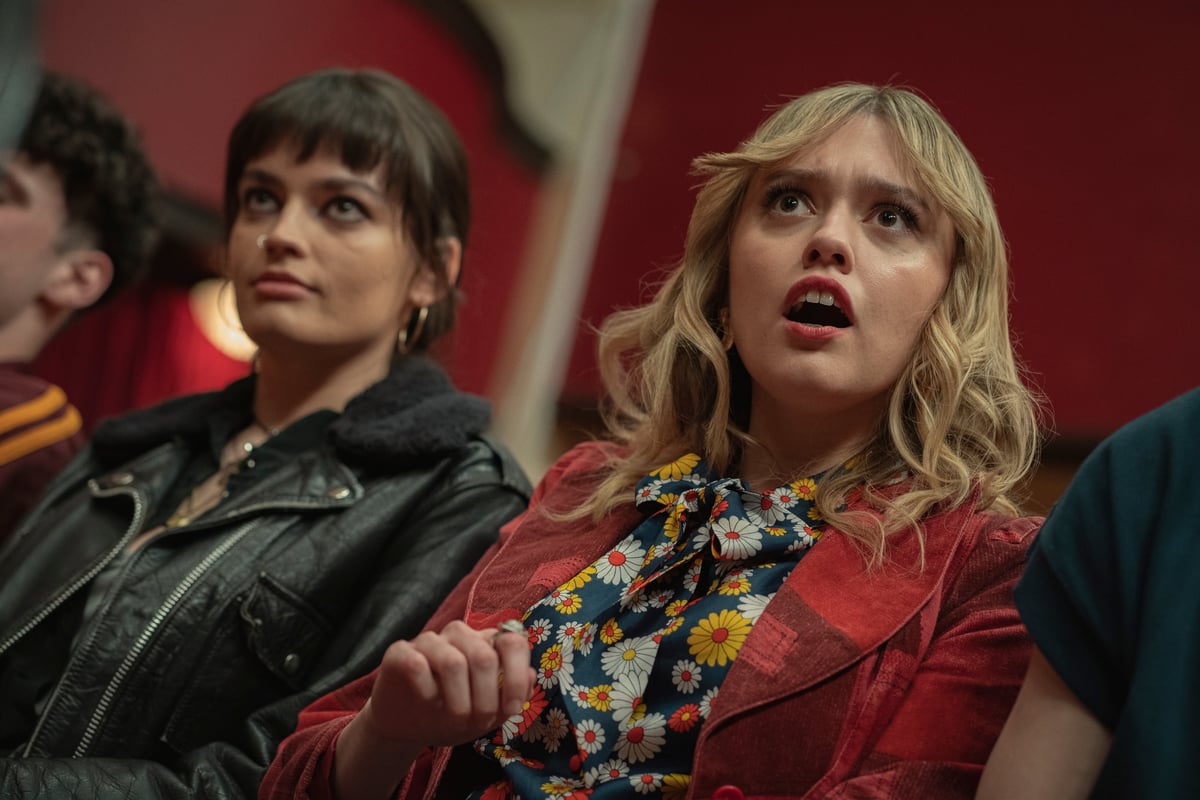 "Mine and Gillian’s relationship on set and that relationship between Otis and his mum did feel very familiar," Butterfield told Today.

"It’s that mother-son dynamic, it’s universal, but the therapy aspect of it [was particularly familiar].

"I did speak to my mum about it, and asked her [about her career], and it was interesting learning about the relationship of a therapist with their clients and the responsibility you hold, especially when you’re talking about something as sensitive as sex, so it was interesting."

According to Chinenye Ezeudu, who plays Viv, the scene took 20 takes as the cast couldn't stop laughing.

Mimi Keene, who plays Ruby, also added that it was her favourite scene to film this season.

"We’re all gathered round on a school trip. There’s a certain scene, which is just the funniest scene... so funny. When you laugh so much, and people are like, 'Come on guys, we really need to get the scene and stop laughing!'" she said, according to The Tab.

All three seasons of Sex Education are streaming on Netflix now.