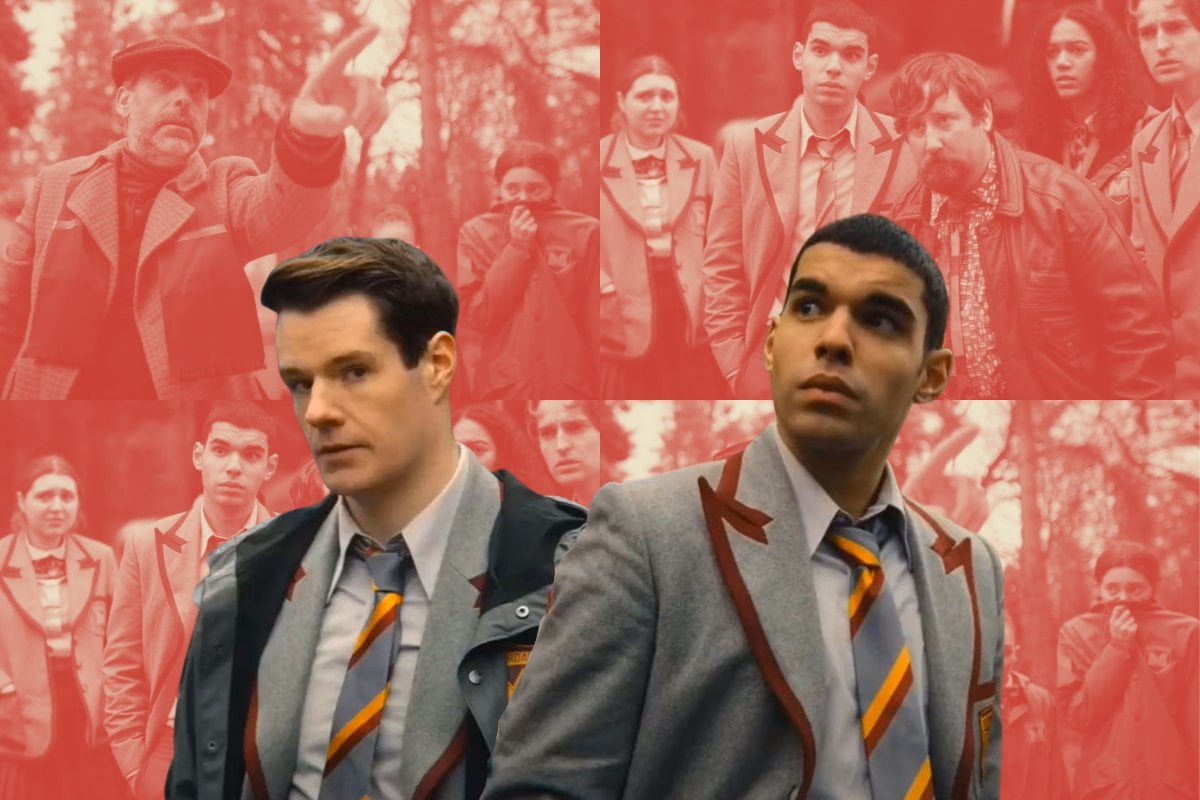 Poo is really having a pop culture moment.

First, it provided us one of the biggest shocks of the prestigious, topical, ridiculous series The White Lotus, and now, everybody's least favourite bodily function is back with a scene in Netflix's brilliant third season of Sex Education, that is so wild it causes stomach-cramping (in a good way).

If you have watched the highly anticipated season three, the entirety of which dropped onto Netflix on September 17, you'll know what I'm talking about.

It's about a scene in episode five, when the students of Moordale High are on a school trip to France. It involves a bus, a clogged toilet, a sock, a very angry French family, their car and... window wipers.

And it's probably the funniest thing I have ever seen on a TV show.

I guess, first of all, I feel the need to make it clear that I am not usually... big on toilet humour. Ok, well, sometimes it's funny. But not... all the time. Look. I just don't want anyone painting me with any weird brushes okay.

Poo is almost always gross, but when it's being flung out of the door of a moving bus in a show that can so perfectly straddle the line between outlandish and grotesque, I think it's also bloody hilarious.

I was actually laughing out loud. Loling, for real. Tears in my eyes, stomach pain level wheezing.

The upbeat French soundtrack. The claustrophobic close-up shots of Rahim panicking. The banging on the door and threat of being caught. The French child smiling with her toy bunny before a literal sh*t smacks their windscreen.

It's just so bloody funny.

It's the most extreme example of what makes Sex Education so entertaining.

The show has used absurdity plenty of times before: the way Eric's "wash your hands, you dirty pig!" line took the internet by storm when season two was released is an example, as are the many hilariously inappropriate song choices of the Moordale choir.

This Rahim poop situation gotta be the funniest thing ever! I can’t🤣 #SexEducation pic.twitter.com/k7NAyr83kc

These scenes are all ridiculous, and of course, hilarious. But they're also all central to the entire point of Sex Education, a safe space where absolutely nothing is shamed.

Other shows would have just played the poo for laughs (and yes, I'm aware how ridiculous of a sentence that is), but Sex Education's witty writing and acceptance of its characters makes the scene more than a cavalier attempt at potty humour.

The scene ends with Adam matter-of-factly taking the blame for it all ("it's my poo"), saving Rahim from being publicly shamed and sparking their friendship. 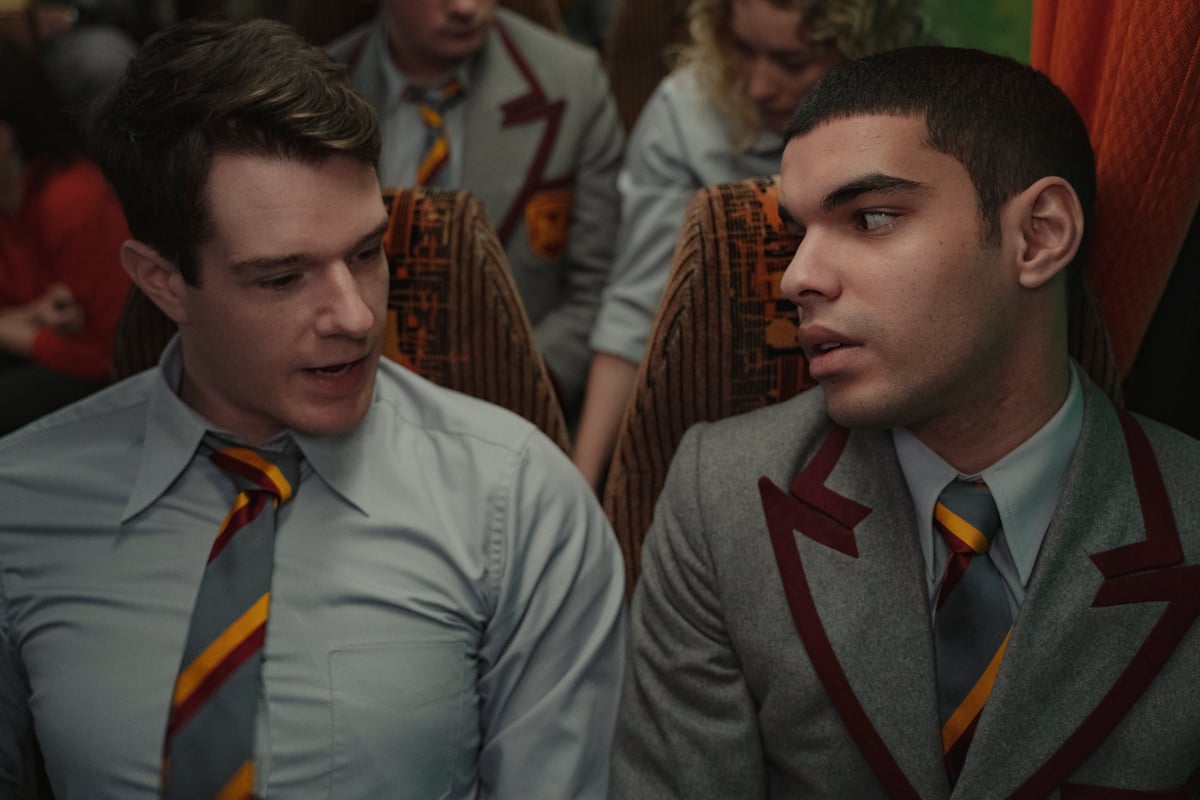 There were probably (many) other ways to show Rahim, and the audience, that Adam had changed, but nothing else would've had quite the impact as... taking the fall for a flying poo.

It was an incisive and meaningful plot device, in the form of a very disturbing projectile.

So yeah. Rahim did block a bus toilet, and he did pull out his poo from that toilet with a sock. He did then fling that sock out of the window onto the poor, unsuspecting wind shield of an innocent French family. It was so gross, so unnecessary and yet... so well done.

Me when Rahim throw the shit out the window and it hit the car. #sexeducation pic.twitter.com/rPYhriA39l

Audiences also have the flying poo to thank for Maeve and Otis finally - finally - kissing.

The school tour bus stopped to sort out the poo situation, and it just so happened that Maeve and Otis were the two students accidentally left behind when it got back on the road.

So, thank you flying poo. We salute you.