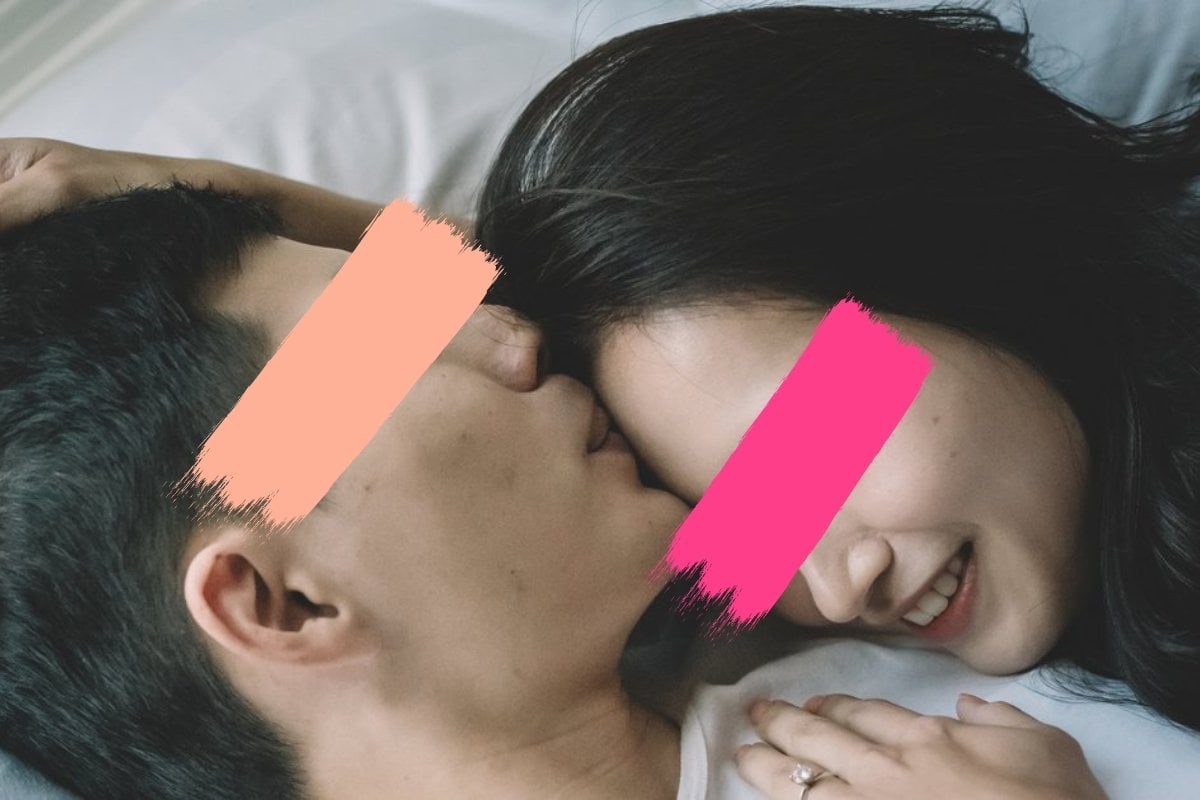 Scott pushed me down onto his bed, pinning me underneath him.

His bodyweight pressed into me. He brought his lips so close to mine, and I could feel his breath.

But still, Scott didn’t kiss me.

He ran his hands down my body and squeezed my boobs tightly. My body reacted instinctively, drawing into him. My pelvic bone jutted into his groin.

I needed him inside me so badly, I physically ached.

But still, he didn't kiss me!

My frustration grew, and I wriggled underneath him. Every nerve ending was on edge, and I felt delirious with anticipation.

I gazed up into his clear blue eyes, willing him to put his mouth on mine.

It was all becoming too much to bear when suddenly he closed the gap between us, and I felt his tongue pushing its way into my mouth.

Pulling me into him, I lost myself in the moment.

But then I caught sight of the time on my laptop screen.

It was 10am and time for my first Zoom meeting of the day. Reluctantly, I released myself from Scott's grip and went to work.

Ever since COVID has forced us to work from home, Scott and I have certainly made the most of it. We have sex most mornings, right up until one of us is due on a work call.

And on our 'lunch break', we'd often fall back into bed too.

Working from home has made our sex life the hottest it has ever been.

"Turn your video off," I mouthed.

He did as I said. And quickly, I dropped to my knees.

Tugging his shorts down, I gazed up at him. Sudden realisation appeared on his face.

I slid my lips over his warm penis and felt him immediately harden in my mouth.

Placing a hand on top of my head, Scott guided me back and forth as he pushed his hips forward.

I could hear voices on the other end of the call, but I kept going, working faster and faster.

Rubbing my hands along his shaft, I could feel Scott getting closer.

Under pressure, he thrust into my mouth one last time, coming fast and hard.

Taking deep breaths, I could him trying to compose himself before answering the next question from his boss.

Still unsatisfied, at lunch I beckoned Scott to the bedroom.

Climbing onto the bed, he lay down behind me, pulling me onto him while running a hand up my leg.

I let out a low moan as he slipped in so easily. I was already so wet for him.

Throwing my head up, I moved backwards and forwards, taking him all in as he kissed down my neck.

But I needed more. It wasn’t enough.

I rolled onto my stomach, and Scott crawled on top of me. Spreading my legs further apart with his knees, he sunk deeply inside me.

Slipping a hand under my own body, my fingers found my clit, and I began to pay with myself as Scott penetrated me from behind.

This is exactly what I needed.

I groaned out loud as I brought myself closer and closer.

“I’m almost there,” I whispered, as Scott held himself off.

Grinding my fingers across my clit, every sensation moved south as I let go, coming hard.

Unable to even control myself, I screamed into the pillow, hoping that our colleagues in the home office next door wouldn’t be able to hear us.