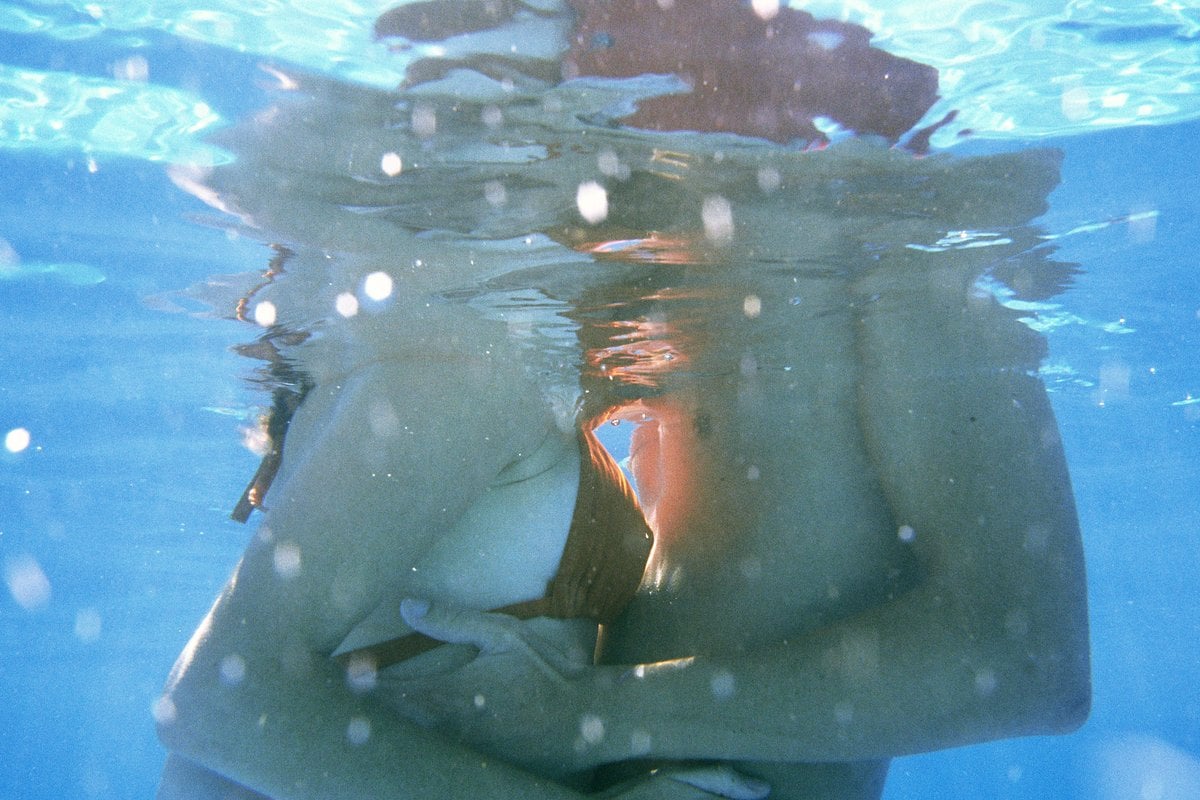 Hot, bare bodies mingled in the water, as the DJ’s beat rippled through the crowd.

Up above, the Mediterranean sun beat down as the last of the season’s patrons partied like there was no tomorrow.

For me, there wasn’t.

Summer was ending, and this beach club was my last chance for some European action.

Suddenly, I heard my name from across the pool.

Shocked, I secretly smiled to myself as he waved me over.

We’d met earlier that afternoon, alongside his friend Finn. The guys were on a “company retreat” with their finance firm, which sounded a lot like a three-day party around Mykonos.

The group of 30 had been flown in on a private jet by the founding partners. In the middle of the beach club, they had their own private island, with what they kept referring to as a ‘leopard room’ downstairs.

From where I stood in my cabana, I could see a staircase leading from their side of the pool, but I figured the boys were joking when they spoke of the den with a grin.

Six foot, shirtless and with a mop of brown hair, Finn was the overly attractive type, too drunk and aware of his own good looks to be appealing. But Peter was intriguing. With a kind face and sweet smile, paired with an open white shirt and backwards green cap, he had my interest.

Now here he was, calling me over.

Floating across the water on a blow-up bed, I arrived on his side of the pool to an outstretched hand. With one arm, Peter pulled me out, and I stood dripping wet in front of him.

By this point, we’d just been friendly. But up this close, I knew I wanted more.

So when he offered to give me a private tour of the ‘leopard room’, the word 'yes' was already on my lips.

Descending down the stone staircase, I didn’t know what to expect. But the boys were spot on with their moniker.

A king sized bed filled the first room, with the face of a giant leopard splashed across the bedcover. Matching pillow cases with the cat’s distinct markings accentuated the theme, while mirrors above the bedhead left little to the imagination for this room’s purpose.

I laughed as we moved through to the white stone bathroom, its elegance making up for the scene next door. The sink sat on a wooden cabinet, filled with the fluffiest of towels.

As I turned away from the gilded mirror, Peter closed the gap between us, until he was just a breath away.

Bending down, he kissed me, long, hard and full of wanting. My body responded instinctively, pressing up against his as he drew me in.

With one hand, Peter tugged at the strings of my bikini top, letting it fall to the floor as he gripped me tighter. While his mouth covered mine, he guided me backwards, before lifting me up so I sat on the edge of the cabinet.

Leaning back against the glass, I let him run his hands down my chest before reaching my pelvis. I clenched in anticipation, already wet with excitement. As he slipped his fingers in, I gasped, grabbing hold of his shoulders as he circled inside me.

It had never felt so good. I thought I was going to come right there and then.

But I had other fantasies I wanted to play out.

Hopping off the sink, I kissed his lips, before reaching down to his bulging board shorts.

Taking out his hard penis, I then dropped to my knees, and slowly, tantalisingly, slid my mouth over him.

I could hear Peter groan deeply above me, as I moved my mouth up and down, varying my speed. With a hand on my head, he gripped me tightly, as his pleasure built and built.

Leaning back to tease him some more, something caught my eye to the right.

It was a large, rectangular window, looking directly into the pool.

Through the blue water, I could see the bottom half of bodies. Legs of men and women as they intertwined up above.

Knowing they would also be able to see us, if they stuck their heads below the waterline, was the biggest turn on imaginable.

Facing Peter’s waist again, I glanced up with a wicked smile, before sliding my lips back over him.

He barely fit in my throat, as I sucked harder and harder, dreaming about what it would be like inside me.

Suddenly he pulled out, and with a great moan unleashed himself on my naked breasts. Tilting my head back, I urged him on, getting off on the fantasy as he squeezed out every last drop.

Afterwards, he led me to the shower before pausing to whisper in my ear with a smile.

“What’s it like to mouth f**k a founding partner?”