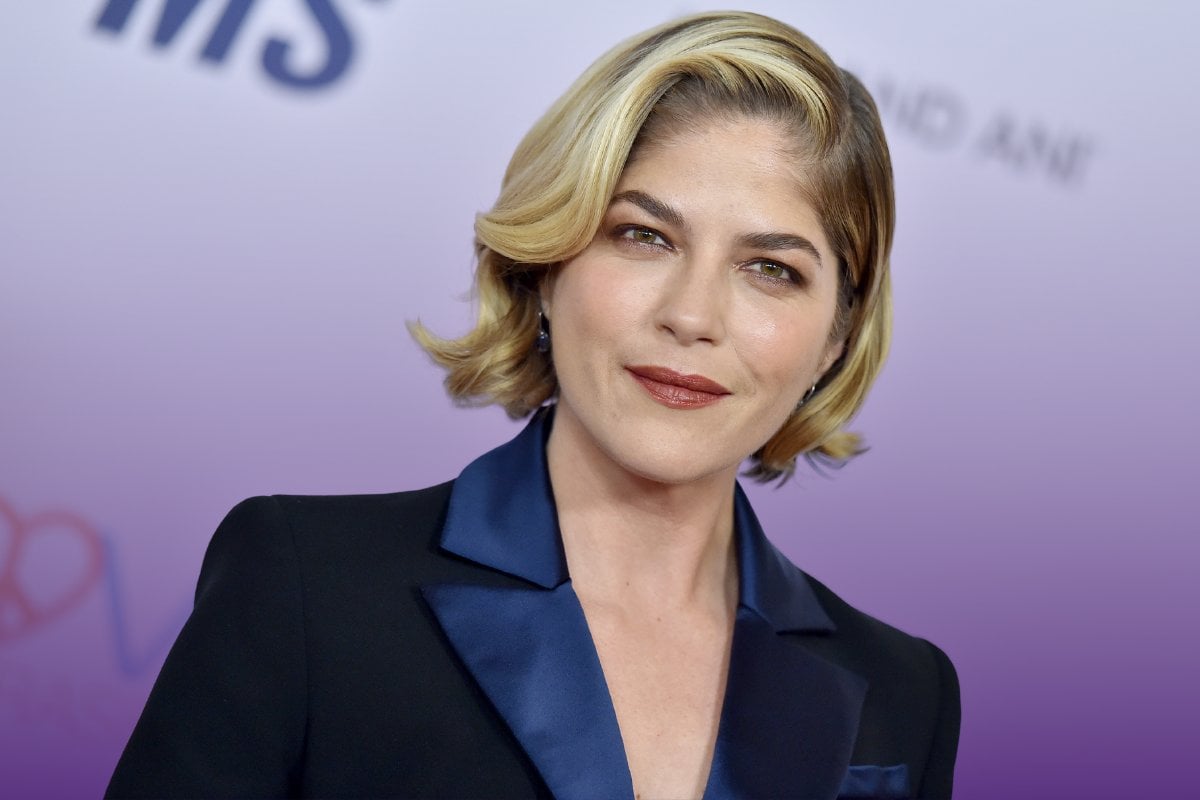 Selma Blair has never shied away from talking about her personal struggles.

The Cruel Intentions actress, who was diagnosed with multiple sclerosis in 2018 and has spoken about her condition at length, has written a new memoir titled Mean Baby.

And in it, she opens about her alcohol addiction for the first time; an addiction which started when she was just seven.

Watch Selma Blair speaking about MS for the first time. Post continues below.

"I don’t know if I would have survived childhood without alcoholism," the 49-year-old told People on Wednesday.

"That’s why it’s such a problem for a lot of people. It really is a huge comfort, a huge relief in the beginning. Maybe even the first few years for me because I did start really young with that as a comfort, as a coping mechanism."

In an excerpt obtained by the publication, Blair wrote about how when she was a child, she was allowed to take small sips of kosher wine throughout Seder - a dinner held during Passover.

"The first time I got drunk it was a revelation. Light flooded through me, filling me up with the warmth of God," she wrote in her memoir.

"But the year I was seven, when we basically had [kosher wine] on tap and no one was paying attention to my consumption level, I put it together: the feeling was not God, but fermentation."

"I thought, 'Well this is a huge disappointment, but since it turns out I can get the warmth of the Lord from a bottle, thank God there’s one right here,'" she continued.

"I got drunk that night. Very drunk. Eventually, I was put in my sister Katie’s bed with her. In the morning, I didn’t remember how I’d gotten there."

During the early years of her addiction, Blair would take "quick sips" of alcohol and "barely even got tipsy" to cope with her anxiety.

"I became an expert alcoholic, adept at hiding my secret," she said.

Blair's addiction escalated in her teens and early 20s, and reached its height when she was sexually assaulted while on Spring Break.

"I don’t know if both of them raped me. One of them definitely did," she wrote in the book.

"I made myself small and quiet and waited for it to be over. I wish I could say what happened to me that night was an anomaly, but it wasn’t.

"I have been raped, multiple times, because I was too drunk to say the words 'Please. Stop.' Only that one time was violent. I came out of each event quiet and ashamed."

The actress noted that besides speaking to her psychologist, writing about the incident in the book was the first time she's ever publically spoken about it.

"I did not realise that assault was so central in my life," Blair said.

"I had so much shame and blame. I’m grateful I felt safe enough to put it on the page. And then can work on it with a therapist and with other writing, and really relieve that burden of shame on myself."

Blair has been sober since 2016, after she passed out on a plane with her then four-year-old son Arthur and his father Jason Bleick.

"I could've died on that plane," she told Today this week. "Now that I was a mother, it changed everything. It's gone from me."

In 2018, the actress was diagnosed with MS - the degenerative disease which affects the central nervous system.

She’d noticed something wasn’t right with her body for years - 15 to be exact - but as a busy, working single mother, she couldn’t afford to slow down.

When she eventually sought advice for her symptoms, they were dismissed by medical professionals as merely over-exhaustion, an explanation which made her feel "ashamed".

“I dropped my son off at school a mile away and before I got home, I’d have to pull over and take a nap and I was ashamed and I was doing the best I could and I was a great mother, but it was killing me,” she recalled on Good Morning America in 2019.

"I was dropping things. I was doing strange things… I was self-medicating when (my son) wasn’t with me. I was drinking. I was in pain."

After years of fighting against her condition, her symptoms were finally "taken seriously" and she had answers.

The diagnosis of MS triggered a wave of relief. Finally, it made sense.

"I cried," she shared. "They weren’t tears of panic. They were tears of knowing I now had to give in to a body that had loss of control and there was some relief in that."

In her 2021 documentary, Introducing Selma Blair, the Legally Blonde actress announced her condition had taken a turn for the better.

These days, the actress uses a walking stick and still has some brain damage; she tells Today. But otherwise, has a positive outlook on life.

"I'm really happy to be able to walk into this space of empowerment and realising I am a calm and stable grown-up," she said.

Blair’s memoir Mean Baby is available from May 17.