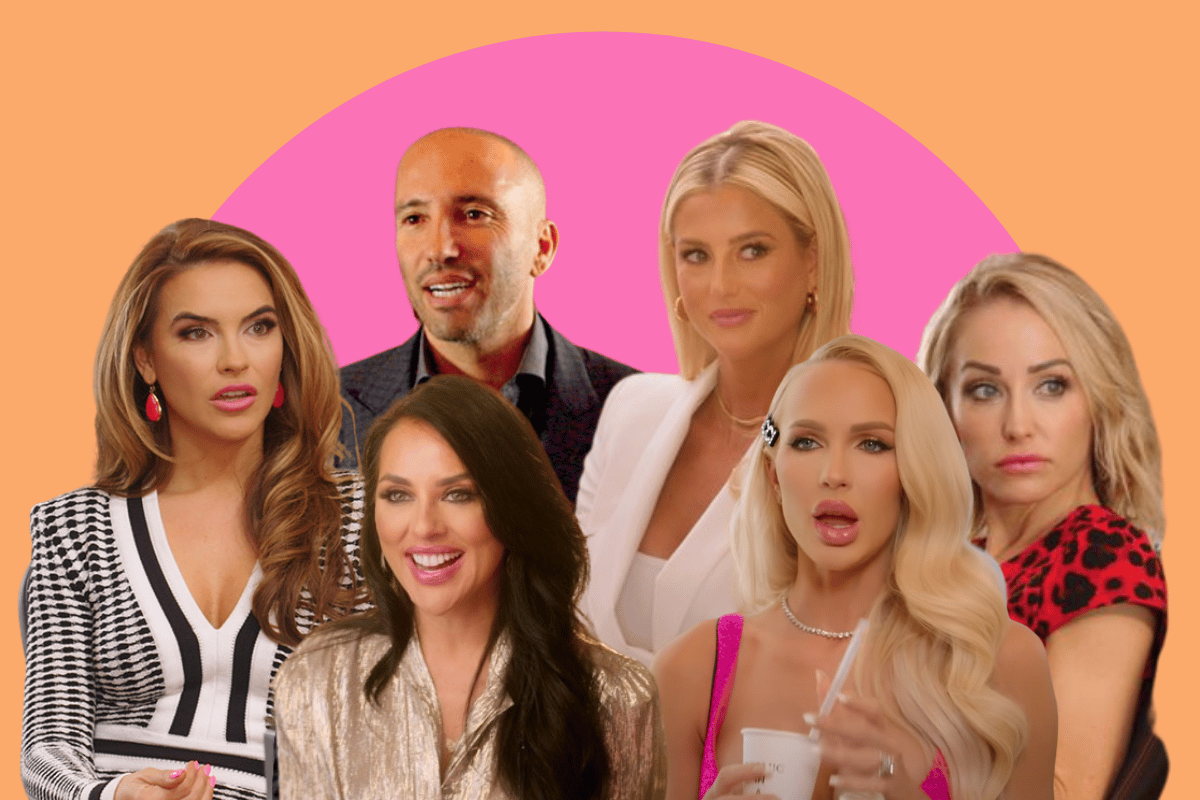 The Oppenheim Group are back and better than ever!

Netflix's Selling Sunset has become a sensation across the world, thanks to mesmerising multi-million dollar mansions, glamorous cast members and lots of drama.

Watch the trailer for season four of Selling Sunset. Post continues after video.

"I know the people that I talk to - Heather, Chrishell, Amanza, Jason, and Romain - we're all up for a fourth season. I can't speak for the other girls because I don't really speak to them," she said.

Can you sense the tension? We sure can!

So without further ado, here's everything we know about season four of Selling Sunset.

What have the Selling Sunset cast members been up to since we last saw them?

So, Jason and Chrishell are dating?!

While many of the cast members were holidaying in Italy, Chrishell posted a carousel on Instagram, the final two images revealing her and Jason are now an item.

Jason then confirmed the relationship news to Us Weekly, saying, “Chrishell and I became close friends and it has developed into an amazing relationship. I care about her deeply and we’re very happy together.”

In August this year, Chrishell said to E! News the couple were initially concerned with going public, given the bucket loads of opinions that would ensue.

“We really were really private and secretive for as long as we could until we realized the walls were closing in. People were getting a little savvy to it.”

So for sure their new relo will be a major point of conversation for season four.

Christine has also welcomed a baby boy with husband Christian Richard since season three premiered, giving birth in May.

Who are the two new cast members on Selling Sunset season four?

Vanessa is a Mexican-American actress who has had a successful transition from television to real estate. According to Netflix, the 43-year-old is looking to make her mark within the competitive LA real estate market.

When she was announced as a new cast member, Vanessa shared her excitement on Instagram, saying "dreams do come true".

"I am so excited! Not only because I was able to manifest this dream of blending my background in acting with my latest passion in real estate but because I want to help empower and show others to never give up on yourself or your dreams," she said.

Next up is Emma, 30, who is an entrepreneur, CEO of her own company and a luxury real estate agent. Netflix says she is a self-made multi-millionaire with major real estate clients.

"I'm excited to open up my life, and share with everybody who I am as a person," Emma said to People. "I want to inspire young girls to go out there, get involved in the stock market and chase whatever their dreams are."

Chrishell said to Us Weekly: “you never know what people’s reactions are going to be, but I’ve really enjoyed working with them," she said in reference to the two new cast members. "It’s Selling Sunset, so I can’t say that’s been the case with everyone, or we wouldn’t have a show," she added. "But they are really great.”

And from the looks of things, Emma and Chrishell are two peas in a pod.

Viewers will be happy to see the majority of the cast will be back together for season four.

It was previously reported that Maya Vander might have been moving on from Selling Sunset, given she is based in Miami now and the show is filmed in LA.

"With two children right now, it’s going to be difficult for me to relocate my life again to LA," she previously told Women's Health. "We will see..."

But from the looks of the trailer, Maya will be making some appearances.

One person confirmed not to be returning is Davina Potratz who apparently left to join a rival real estate agency, says People.

There also appears to be some residual drama over Brett Oppenheim's decision to leave Selling Sunset's Oppenheim Group and instead start his own firm.

From the looks of the trailer, audiences will definitely have a front-row seat to some serious drama between the real estate agents.

A surprise to no one, Christine and Chrishell are still on the outs with one another.

"I don't hold a grudge, but I do hold people accountable," Chrishell says.

Other plot points involve Christine's maternity leave and the fact she is now a mum, as well as Mary's fertility journey.

But perhaps the biggest drama could be between Christine and newbie Emma.

The estranged relationship stems from Emma previously being engaged to Christine's ex-boyfriend, "two months after they broke up".

But for Emma, Christine doesn't appear to be on her radar. "I'm here to work, and hopefully all this high school drama that I've dealt with for years can stay, like Christine, out of mind," she said in the trailer.