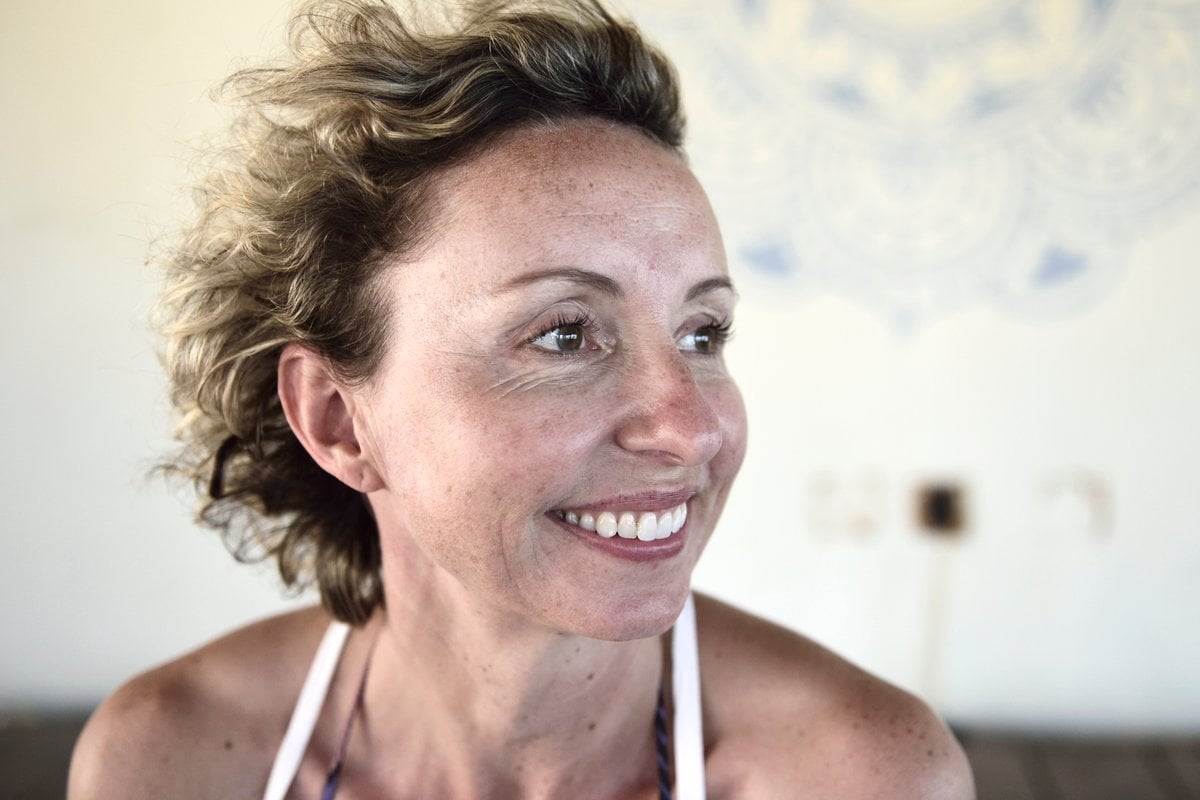 As a child of the youth-obsessed '80s and '90s, I didn’t grow up with the most favourable view of aging.

There was nothing like the body-positive movement to help people feel more comfortable with their unique physiques, and no one was taking many stabs at racial inclusion yet.

But far worse than being too fat or too brown was being too old, especially if you were a woman.

Once you hit 30 or so, you either lied about your age or refused to give people a straight answer when they asked. You hated birthdays.

You stressed over every wrinkle and grey hair. Taking care of yourself meant trying to seem as youthful as possible for as long as possible, and being mistaken for much younger than you were was the ultimate compliment.

And if 30 meant things were on their way south, 40 meant you were indeed over the hill, especially if you were female.

I couldn’t tell you what I thought would happen to me on my 40th birthday when I was still in my teens and 20s, but I assumed that it would suck. Imagine my surprise when it rocked.

I’ll be 45 in March, and so far, this is nothing like the desolate bath of loneliness and meaninglessness my mother always assured me it would be. These are some of the things that have pleasantly surprised me the most so far.

When you’re only in your 20s or early 30s, it doesn’t matter how educated, knowledgeable, or experienced you might be regarding a particular topic.

It doesn’t matter how articulately you can speak about that topic or with how much authority. The minute people find out you’re only 20-something or so, their eyes glaze over, and they stop listening.

It’s simply taken as a given that you have no idea what you’re talking about.

Once you’re over 40, that changes. People assume you’ve been around the block a time or two, and they figure you’ve got plenty of perspective at your age.

You don’t have to try so damned hard just to be heard.

People tend to value your opinion and seek it out more often, as well.

Sure, you’ll still run into people who couldn’t listen attentively to another person if their life depended on it.

Still, they’re probably not dismissing you outright because you’re considered too young to be knowledgeable anymore.

2. You couldn’t care less what other people think.

Like many people, I was really self-conscious when I was in my teens and 20s.

And, since I’ve always been a little nerdy and quirky, I was especially concerned with whether or not I seemed "normal" enough to other people.

I worried about whether I had the right job, the right friends, the right look, and the right interests. I worried so much, I missed out on a lot of what’s probably awesome about being young.

At this age, I quite literally can’t remember the last time I worried about anything like that.

I no longer care whether anything, in particular, will make the right impression on people I maybe don’t even like.

I only care whether it makes me happy or otherwise makes my life better.

I might care what my husband or closest friends think, but it’s because I love them and respect their input. It’s not because I need someone else’s approval to make a personal decision confidently.

3. Your looks are finally your own again.

When I was younger, my looks were a big deal to people.

I was also incredibly shy, so I never quite got used to being stared at or approached by people I didn’t know. It didn’t matter to me that they were doing it because they liked the way I looked.

It just made me uncomfortable, and not wanting to deal with it often held me back from doing things I wanted to do.

My mother would always tell me I should enjoy it because I’d be sorry when I was 40 and people didn’t look anymore. Well, I’m going on 45, and I’m not the least bit sorry.

I also can’t believe that other women hate this — no longer being treated like you’re only there to decorate other people’s worlds for them.

It’s nice to be able to go somewhere, go about my business in peace, and just be. Strange men don’t care whether I smile at them or give them my time anymore. I’m no longer subjected to people's unwanted input on how I should look or dress, either. As a result, I feel like my looks are mine again to enjoy or ignore as I please, and it’s glorious.

4. You have an endless cache of stories to tell.

When I was a kid, Back to the Future made a huge impression on me, and I was super obsessed with the '50s for a quick second as a result. The fact that my parents had actually been alive in the '50s blew my mind, and I remember begging my mother to tell me what it was like. She didn’t find that cute at all. She also told me to wait until I was her age, and kids were asking me about the '80s, and then I’d see how it feels.

Well, that day is here, and it’s pretty amazing. Yeah, it’s a mind-melter to hear people much too young to have lived through the '80s and '90s talking about those times like they were eons ago. I love the nostalgia they seem to feel for those decades, though. It helps me see my life through fresh eyes, and it makes me feel special for having experienced something younger people can only wonder about.

I love the fact that I have a story for absolutely every occasion. I love that there are people out there who find ordinary things about my life so interesting. It makes me grateful for everything I’ve learned and experienced, not to mention excited about everything yet to come.

5. You realise you became a better person at some point.

Like a lot of people, I was pretty restless when I was young. I also took a lot of things for granted. I knew I had my whole life ahead of me, so there were many things I didn’t appreciate the way I should have — things like good friends or substantial opportunities to make something of myself. I thought those things existed in infinite amounts, so I failed to appreciate the ones that came my way.

At this age, you finally realise how rare great people and lucky breaks really are, and you learn to appreciate them when (and where) you find them. You also gain a lot of perspective on how hard most people work to get what they have. You become more humble and have more empathy when it comes to other people. You learn what a huge difference even a little kindness and compassion make, inspiring you to make that choice a lot more often.

6. You know what (and who) really counts.

When I was younger, I sucked at picking partners and functioning in adult relationships. I thoroughly bought into the notion that you can make anything work if you’re just determined enough, so I wasted a lot of time and energy on the wrong people. I also probably took many of the right ones for granted because they didn’t fit some fantasy ideal I had up in my head. Worst of all, I had no idea which was which.

If you’d told me back then that I’d indeed find myself in a relationship that sticks one day, I would have thought: "Oh, great! I must finally meet someone perfect who never screws up or pisses me off." Yeah, not so much. My husband isn’t perfect, and neither am I. We’ve pissed each other off plenty over the years, but we also genuinely love, respect, and care for one another. We have fun together, we genuinely like each other as people, and we can’t imagine not being together.

We know from hard personal experience that relationships like the one we have don’t come along all that often, so they’re worth nurturing when they do. I’ve come to similar conclusions about what counts in life — pastimes that make you feel alive, small moments that resonate for simple reasons, and little epiphanies that help you grow.

I recall saying "yes" to a lot of things I didn’t want to do and "no" to even more things I did want to do out of some imaginary sense of obligation when I was younger. Now I can’t remember who I was trying to please or impress, but I know it wasn’t myself. I’ve become a lot more careful about when I say either over the years.

I know my limits better at this age, and I’ve become entirely unwilling to allow other people to push me past them. I have limited amounts of time, energy, and money to give away, so I refuse to invest them in something just for the sake of being liked or considered agreeable. As a result, commitments mean something when they come from me now. People know that I don’t give myself to just anyone or anything, and that’s as it should be.

When I was still young, I let other people’s negative attitudes toward aging convince me that the best of my life would be over once I hit 40. Now I realise that the best part of it was beginning. You don’t stop being you when you hit your 40s. You do turn a corner, switch gears, and enter a new phase of your existence. That can be a fantastic transition or a difficult one. It’s all in what you make of it.

Shannon Hilson is a full-time professional writer from Monterey, California. She lives a quiet, creative life with her husband who is a movie producer and composer. When she’s not either writing or reading, she loves cooking and studying foreign languages. You can read more from her here and follow her on Facebook and Twitter.