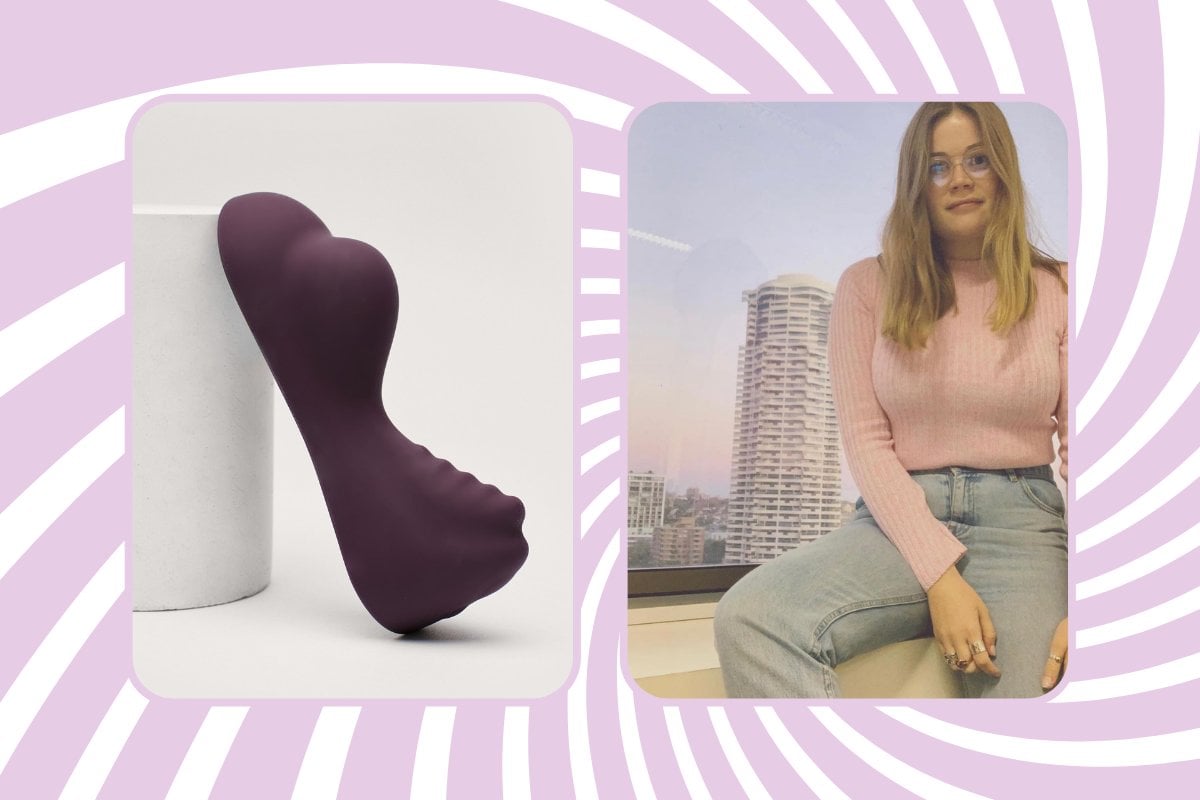 I was drawn to this sex toy because it essentially claims to give you an orgasm while you're sat on your arse with little to no effort involved. And as a lazy gal, this was sex toy music to my ears.

It looks absolutely nothing like any other sex toys I've seen before. There's no phallic shape (because it's certainly not intended for penetration), and it has a flat-bottomed base. 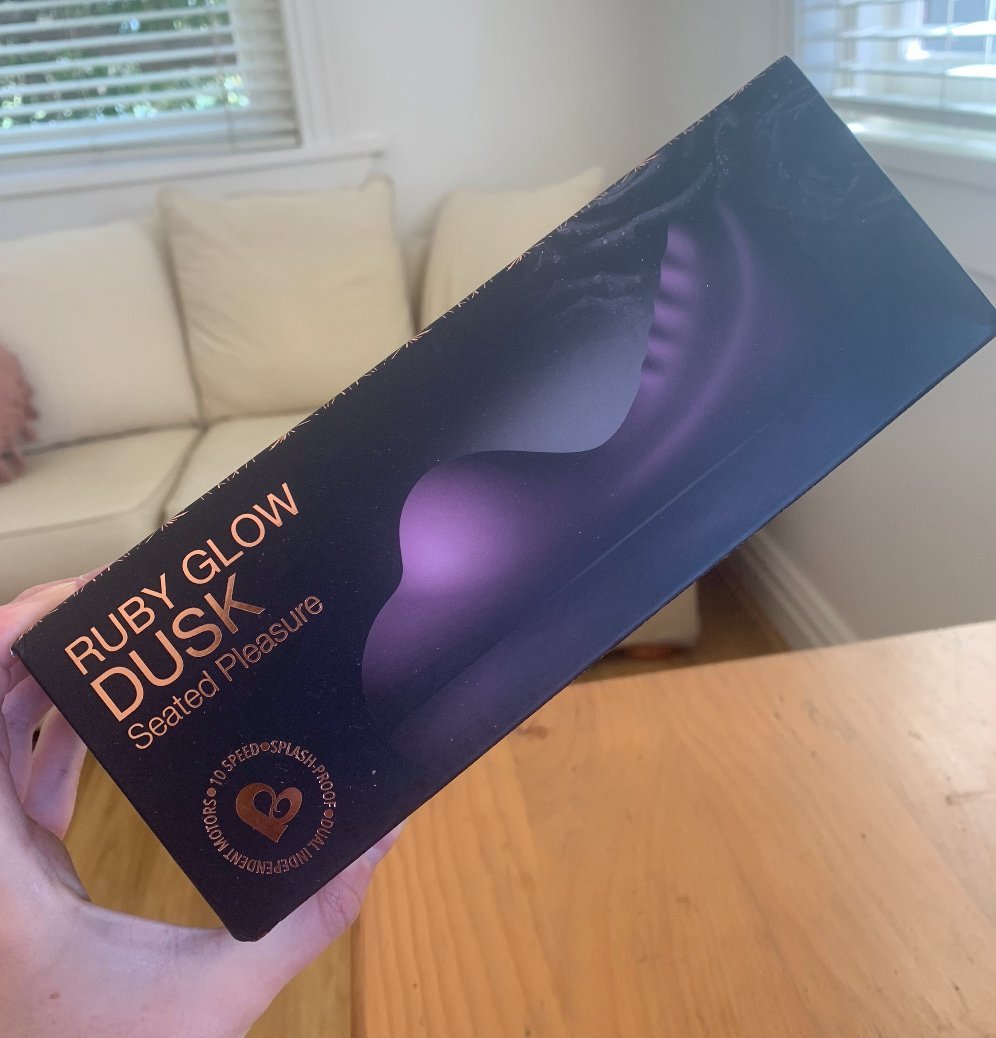 It also requires batteries, which triggered a small amount of panic when I was first planning to use this toy. I know batteries are something everyone should have in their house, but I am not one of those forward-thinking domestic angels, and so I stole the batteries out of the TV remote.

This buzzer is $82 full-price on Nasty Gal, but being the champions they are, the brand usually has epic sales on. So right now you can pick it up for $32.80.

Okay, I have a story.

...Let me just say that grinding on a chair with wheels will result in crashes. Specifically, of your face and body, into a desk. So don't do that.

Once I'd overcome the trauma from my crash, I decided to relocate to the bed and instead build a make-shift chair out of pillows. That way, if there were any further accidents, I was surrounded by a soft landing pad.

Some call it creativity, I call it safety.

Here is where I finally understood what and why this random little device exists. The angle is really clever, and the vibrators can be felt by every nerve-ending.

I will say that the sex toy is quite firm and solid (as in there's no give to the structure), so while I thought sitting on it with your legs a little more open would be the best way, the hardness of the toy actually made that quite uncomfortable. So, instead, keep your knees closer together and it will feel much, much better. 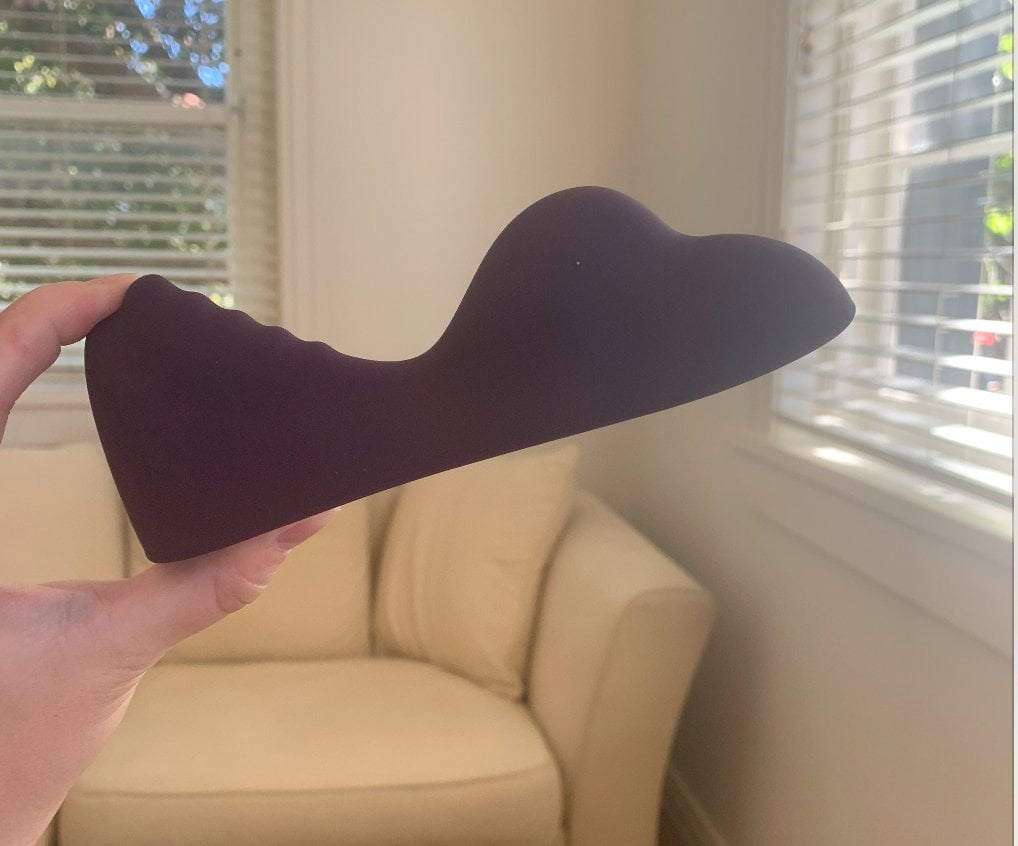 I think the initial battle with the batteries and desk-crashing chaos, along with having to test and adjust until I found the right position for this toy lost it some marks from me. As I mentioned above, I am incredibly lazy, so this effort was a bit of a turn-off.

However, now I know what I need to do with it, I think it'll become a fairly regular rotation for a quick, easy and strong orgasm.

Please don't use a chair with wheels. Learn from my mistakes, people.

While you think about that, have a cheeky watch of the juciest results from the Mamamia Sex Survey.

Video via Mamamia.
Feature Image: Mamamia.
Want to have your voice heard? Plus go in the running to win 1 of 3 $100 vouchers? Take our survey now.