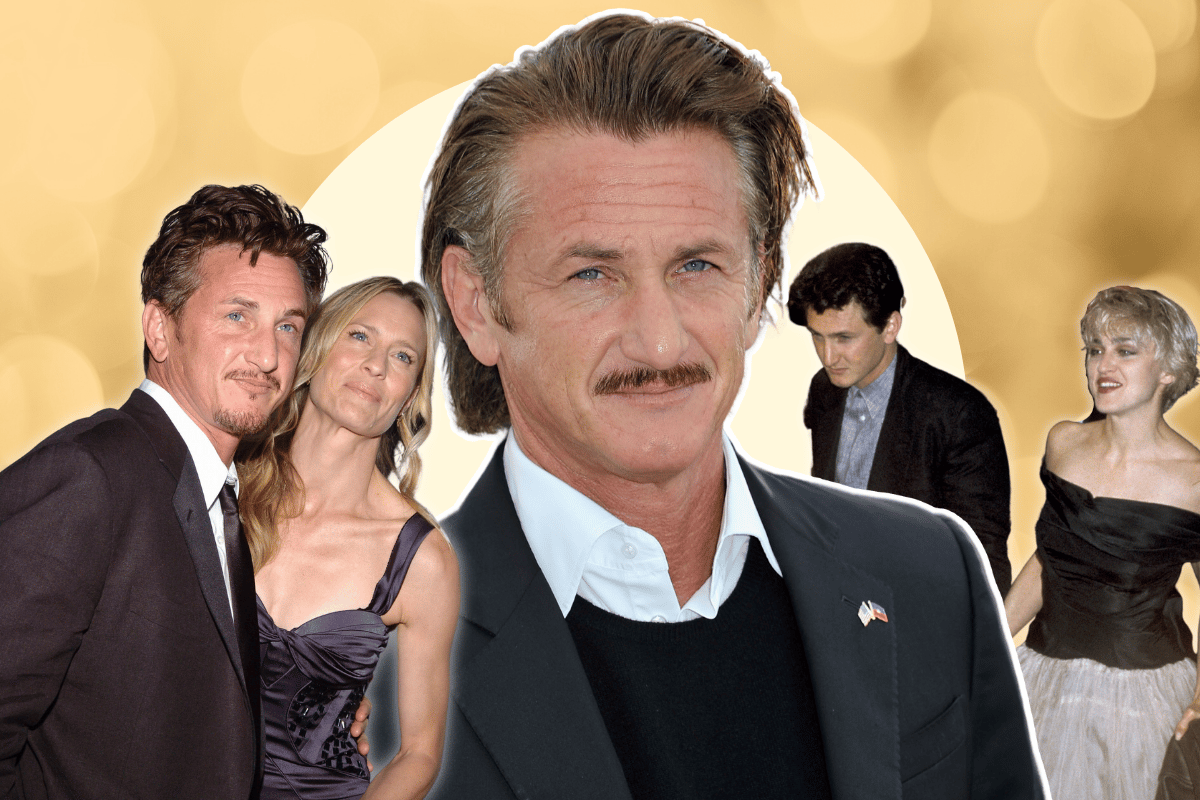 Warning: This post deals with substance abuse and may be triggering for some readers.

Sean Penn is a complicated person.

The award-winning actor may have a few Oscars under his belt, be referred to by Oprah as one of America's "grittiest" and sealed himself as a titan in Hollywood - but his personal life could easily be seen as a script of a tragic movie.

A recent announcement shared by Penn notified the world of his divorce from Australian actress Leila George, after nearly two years of marriage.

The pair, who had dated on and off for four years before tying the knot in a "pandemic wedding", officially separated in September 2021 due to "irreconcilable differences" and have now finalised their divorce.

This month, Penn took the sole blame for the unravelling of their marriage.

"There's a woman who I'm so in love with, Leila George, who I only see on a day-to-day basis now, because I f**ked up the marriage. We were married technically for one year, but for five years, I was a very neglectful guy," he told Hollywood Authentic earlier this year.

"I was not a f**king cheat or any of that obvious s**t, but I allowed myself to think that my place in so many other things was so important, and that included my place in being totally depressed and driven to alcohol and Ambien at 11 o'clock in the morning, by watching the news, by watching the Trump era, by watching it and just despairing."

In his own words, the actor admitted four years before marrying George he did not believe that he had "ever been loved".

Here's everything we know about the actor's career and love life.

Born in August 1960, Penn was raised in Santa Monica, California, by industry parents Leo and Eileen Penn. Their own starlit careers as actors pushed not one, nor two, but all three of their son's to pursue a career in the same field.

Penn made his debut in off-broadway play, admitting his acting ability was "hard-earned".

"Some people just have it and others don't. For me [the craft] was hard-earned. My mother came to the first play I did," the Flag Day actor told Oprah. "She said, 'Well, you were just awful. You've got to have something to fall back on.' She was dead right.

"But I got with a repertory company, and bit by bit I began to find out how to use whatever gifts I had. How many ways can you use yourself to tell a story that won't be the same one that'll bore the hell out of you?"

His own famous-making role came in the form of an underachieving surfer in the 1982 film, Fast Times at Ridgemont High. 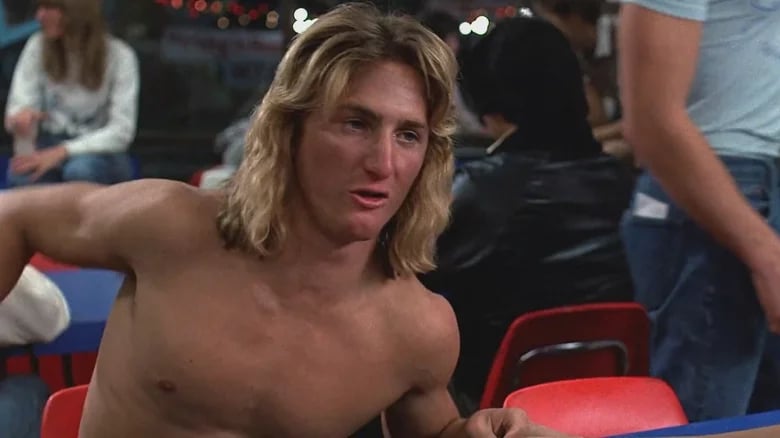 He went on to make his mark in 1983's Bad Boys where he played as a teenage delinquent, for which he earned a Los Angeles Film Critics Association Award for.

Penn would appear again in 1984's Cracker as a punk rocker-burglar and in the same year, Racing With The Moon, as a World War II marine.

He would seal himself as Hollywood royalty in the 2000s for his leading part in I Am Sam - a role in which he was nominated for an Oscar. 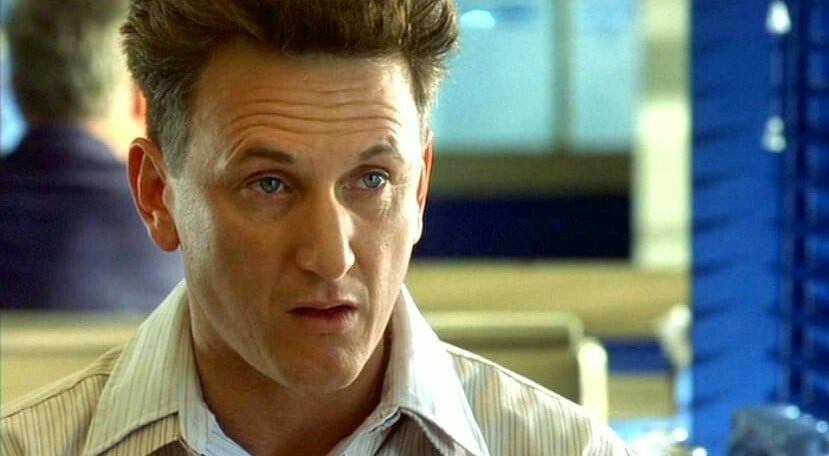 Sean Penn in Sam I Am. Image: New Line Cinema.

While he may not have won the award to I Am Sam, it wouldn't be long before he'd take home his first Academy Award in 2003, for his starring role in Mystic River, and again in 2008 for his performance in Milk.

Penn's career trajectory shocked even him.

"I am just one of those tiny little dots in a car you see from the aeroplane," he expressed in 2015. "I feel like that every day and I like it."

Penn may have experienced the highs of Hollywood from his early 20s, but he's also seen the worst, including the loss of his younger actor brother, Chris Penn. He died at age 40, in 2006, due to a heart condition.

On the loss, Penn said: "It’s a piece of you. I’m one of three, so I’m either my right, left arm or the centre at various times, and each was the other, so I intermittently have lost my right arm, the left or in the centre, but that’s life and people go through that."

"I think he was a size of soul that nobody else had, and this isn’t a brother talking," he continued. "All you need to do is watch the ironically titled The Funeral that my brother Christopher was in. It’s a piece of work that always inspired in me. I mean, he was a size of talent and a size of person that I don’t think anybody else had." 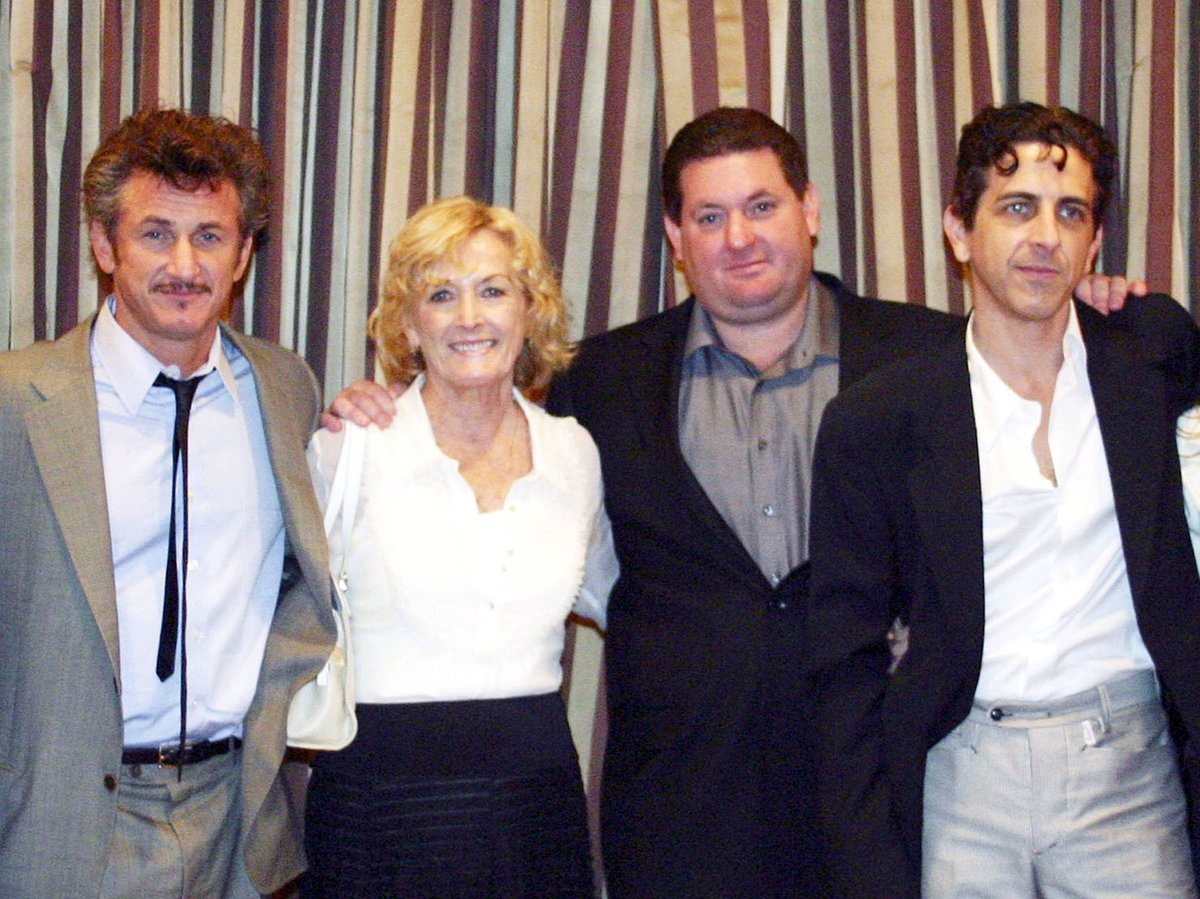 By 2008, Penn had taken a back seat on acting and his over 40 acting credits stood dormant alongside each other - with no new roles being added to the mix until 2010.

Upon reflection, the Gaslit actor admitted he lost a passion for the art.

"It can be great when you're working with good actors or good directors or good writing as an exercise," Penn told CBS Morning in 2018. "But, do I have a belief that it has a lasting value? Maybe, I could make the argument intellectually. But I don't have a visceral ... I'm not in love with that anymore."

In those 14 years since his award-winning role in Milk, he has had just 11 film credits.

There can be a lot of arguments put forward as to why he's taken a step back - from his age, to his highly criticised comments regarding the #MeToo Movement. And while they all hold merit, his own reasonings centre around the belief that his interest in being in front of the camera dwindled.

"I have nothing in the works with acting involved," he told Vogue in 2018. There's a movie that's floating around that I may want to direct at some point, but it's very particular unto itself. But I don't have, in my view, a generic interest in making films."

Penn's work in the humanitarian field has been wide and far - from aiding those affected by Hurricane Katrina in New Orleans, to living in a tent for nine months in Haiti to help during the aftermath of the devastating 2010 earthquake.

He also used his A-lister status to promote for both testing and mass vaccination in the United States.

However, in the eyes of a digital world, Sean Penn's career has been marred by controversy.

He was dubbed a Hollywood bad boy for dating and marrying singer Madonna, and during that time he was behind bars for 32 days due to assaulting an extra on a movie set.

His novel Bob Honey Who Just Do Stuff received heavy criticism for publishing a poem which called the #MeToo movement “a toddler’s crusade”.

As a result, questions hypothesised if Penn might be the most "unbearable" person in Hollywood.

In another interview earlier this year, he shared his views on gender.

"I think that men have, in my view, become quite feminised," Penn said. "I have these very strong women in my life who do not take masculinity as a sign of oppression toward them.

"There are a lot of, I think, cowardly genes that lead to people surrendering their jeans and putting on a skirt."

For a brief and turbulent period, Penn and Madonna were married.

Dubbed the singer's "one true love", the pair met during their 20s and were wed just six months into dating, in 1985. 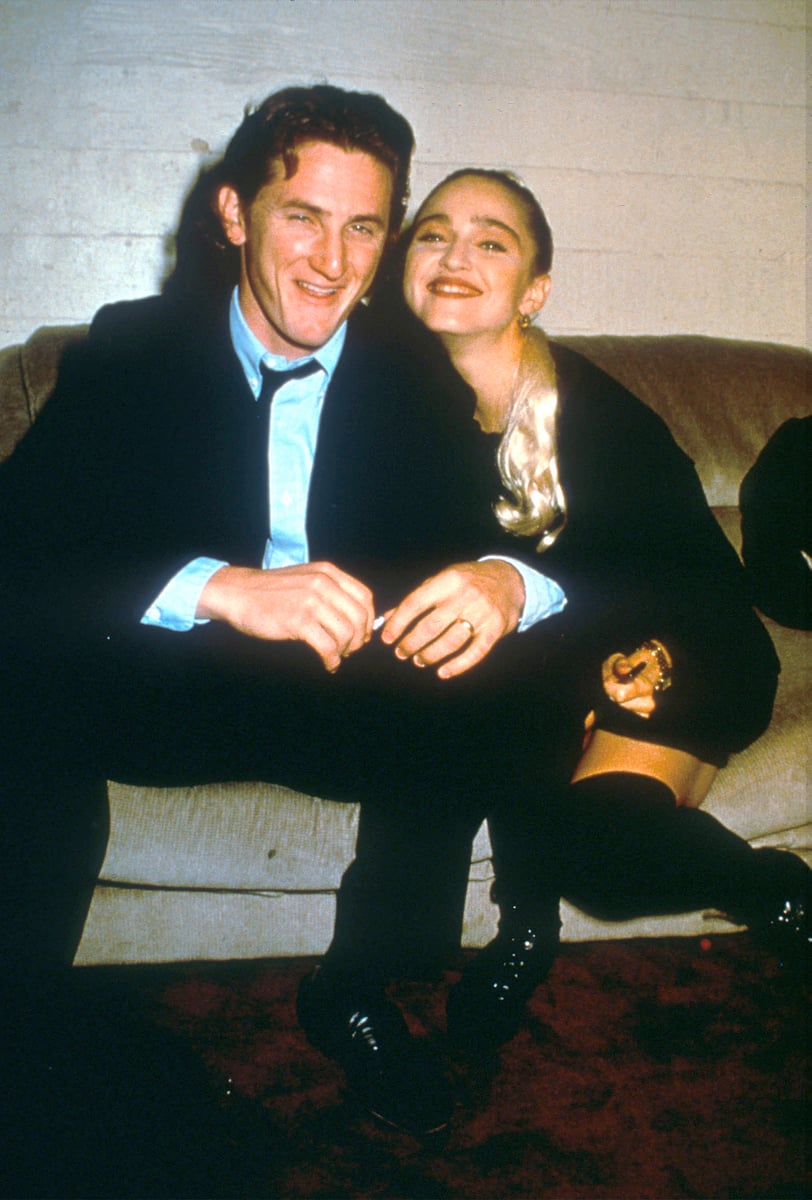 There was trouble in their relationship right from the start. According to reports, Penn had appeared "mentally unstable" during their time together and had a drinking habit. By 1987, he served time in jail for violating probation after assault and getting charged with reckless driving.

Madonna revealed in a later interview with Rolling Stone that she had felt "hostile" towards her ex-husband. "When your heart's broken, you're a super b***h about everything except that. You guard that closely."

Actor Robin Wright and Penn met on the set of the 90s crime show State of Grace - not long after the I Am Sam actor's divorce from Madonna was finalised. 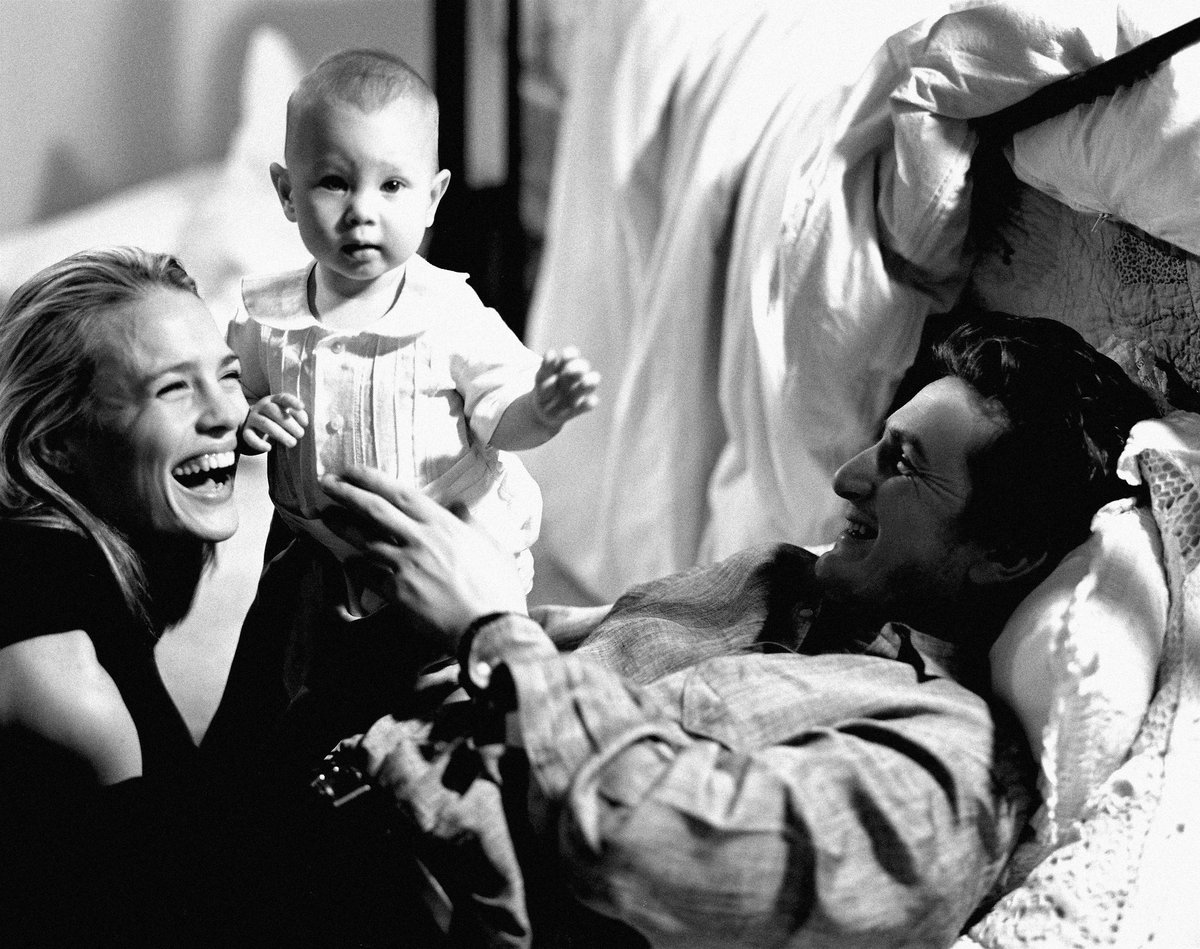 While their marriage started off as just another Hollywood couple who were supposed to simply fell in love and lived happily ever after, their relationship began to crumble in the early 2000s.

"Marriage ain’t easy, but it’s great most of the time," Penn told Entertainment Weekly in 1997. "I love Robin. I’ve always loved her."

For Wright, being a mother and career woman at the same time was not a choice.

"We were learning as we were going along," Wright told Vanity Fair of their relationship in 2015. "We agreed as parents that we’d not work at the same time so that one of us was always with the kids. He was making more money than I was at the time, so it was a simple decision: 'You go work - I’ll stay with the kids.'"

The couple filed for divorce in 2007 but dismissed the filing and reconciled shortly after. 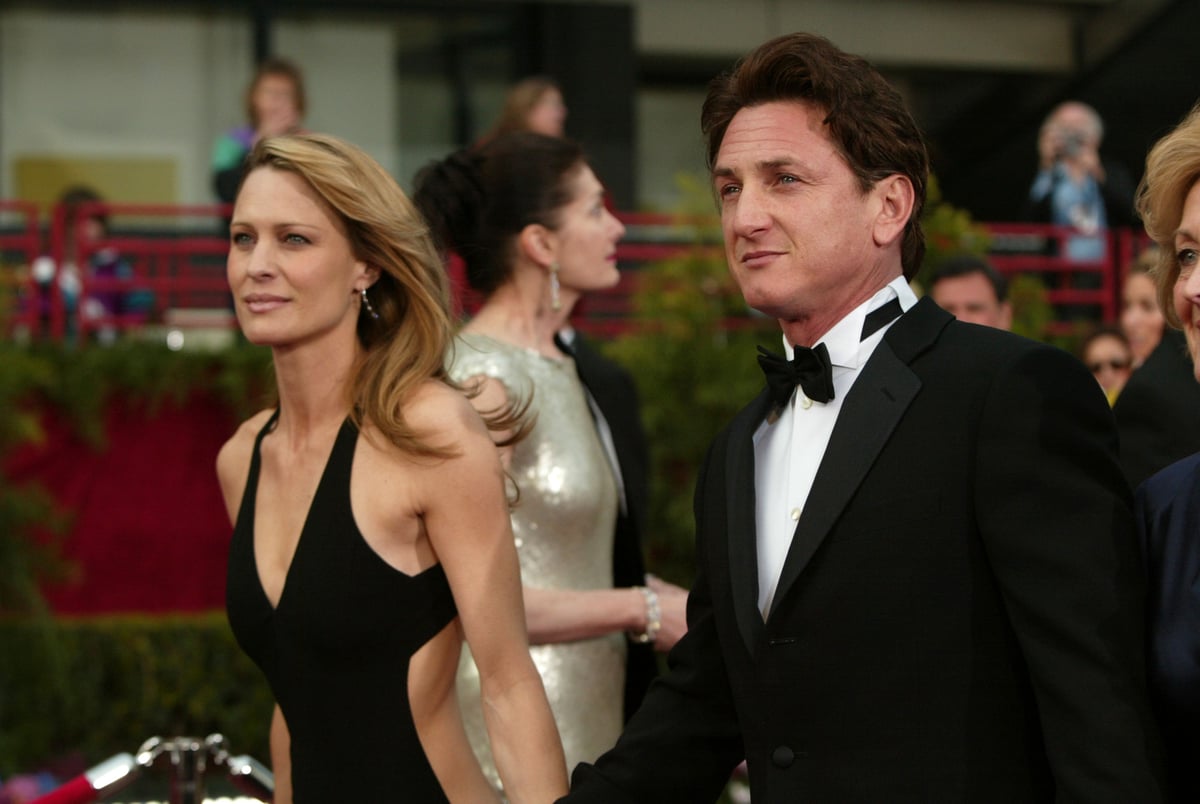 Sean Penn and Robin Wright in 2007. Image: Getty. But in early 2009, Penn filed for legal separation only to once again withdraw it and reconcile with his wife in May of the same year.

However, it was finally over in August 2009, when Wright filed for divorce and their split was made official in July 2010.

"When you get divorced, all the truths that come out, you sit there and you go, 'What the f**k was I doing? What was I doing believing that this person was invested in this way?' Which is a fantastically strong humiliation in the best sense," Penn told Esquire.

"It can make somebody very bitter and very hard and closed off, but I find it does the opposite to me."

While Penn doesn't act so much as he does direct nowadays, he did get to be behind and in front of the cameras for the 2021 film, Flag Day - which he starred alongside his daughter, Dylan. 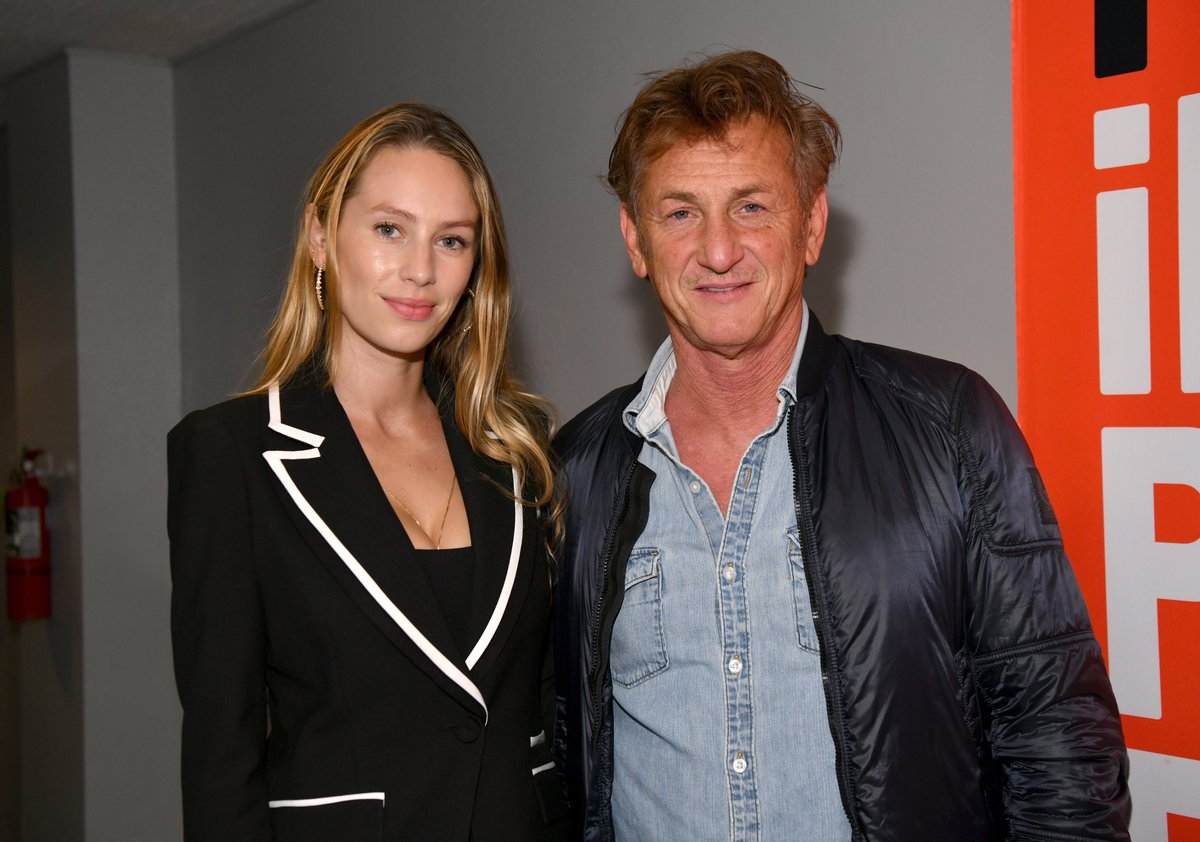 The now 31-year-old admitted that she was nervous to work beside her father in an interview with The Guardian.

"[I was] very hesitant," Dylan explained. "I didn’t know whether I was capable of going toe-to-toe with my dad. So that was always daunting – the energy in the room with him both directing and acting. Because I’m really affected by his presence and it’s hard for me to take his stress.

"Also I felt he might be overbearing as a director and impose his choices on me, not allow me any space. But I could not have been more wrong. We complemented each other pretty well, I think.”

For Penn's latest role, he stars alongside Julia Roberts in the Stan-featured show, Gaslit.

Roberts, who stars as Martha Mitchell and worked as an executive producer for season one of the show, explained why she sought out Penn specifically to play her husband, John.

"Sean Penn is just the best in the game," she said. "And he took it on with such predictable vigour. To watch him go through the transformation and so fully inhabit John Mitchell, and for us to talk about the Mitchells and their relationship, was a thrill for me." 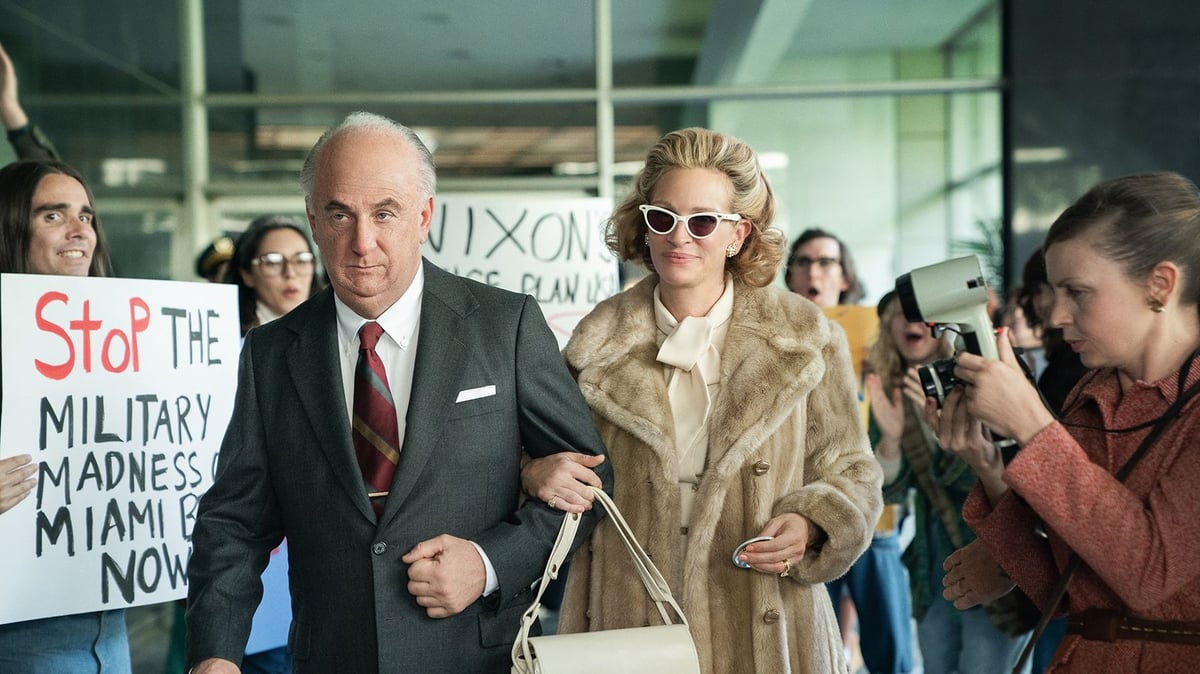 Sean Penn and Julia Roberts in Gaslit. Image: Stan. "I just thought [it] would be intriguing to Sean, and lo-and-behold, it was," she continued.

"He's great at portraying anything, but the idea of seeing him really inhabit and have this complete and total internal and external transformation into John Mitchell, it's pretty astonishing. To be up close to that every day was remarkable."

L
Lilia a day ago