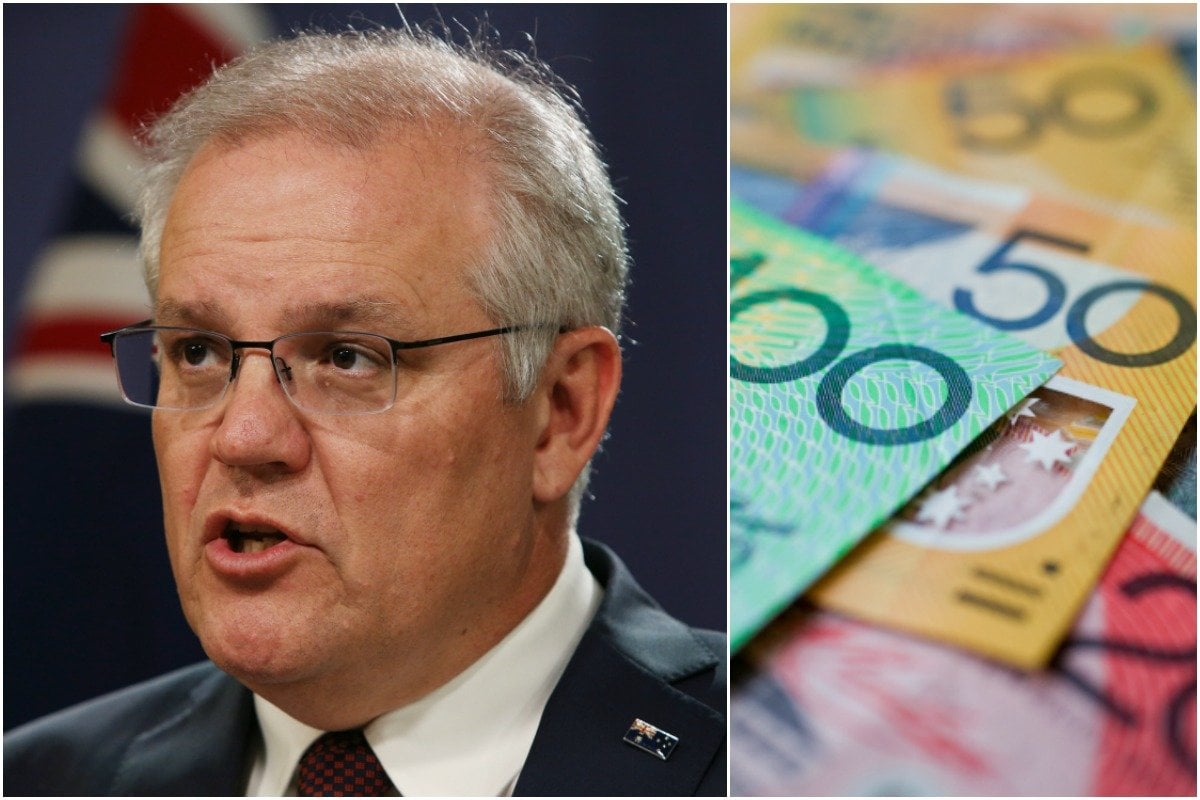 No one in Australia wants to be rich.

We would like to be a little bit rich. It's just that none of us want to be seen to be rich.

We generally believe the rich should be taxed more. Until we’re the rich. Then we get confused and point frustratedly while yelling, "I MEAN 'RICH' LIKE THAT GUY".

Australia's inability to determine what constitutes 'rich' was put under the spotlight this week, when Prime Minister Scott Morrison flippantly remarked that earning $180,000 a year doesn't necessarily make you rich.

Defending the federal government's decision to provide tax cuts for high-income earners, Morrison said of FIFO workers, "It's hard work, you're away from your families. It's fly in and fly out. And you do earn a bit more when you're doing that...

"But I tell you what — you put a bit of it away, too. And I don't think they should be penalised and treated like they're some merchant banker in Sydney. They're not. They're hardworking people working out on mines and difficult parts of the country. I think they deserve a tax cut."

In response, Sunrise host Samantha Armytage said on Thursday: "I guess it depends where you live in Australia as to whether or not you’re wealthy on $180,000… in Sydney, probably not."

Author, lecturer and social commentator Jane Caro conceded on the program that while "rich is a relative term", for many Australians, earning $180,000 a year would be beyond their "greatest dreams".

Indeed, it's well above the average income for a worker in Australia which is around $85,000. If you're earning $180,000, that means you're taking home more money than 96 per cent of the Australian population. In what is, already, a relatively wealthy country.

Listen to us discuss how to tell if someone's rich on Friday's episode of Mamamia Out Loud. Post continues below.

But while 'rich' depends on a bunch of complicated factors like debt and how many people live in your household, I've decided to put together a very clear list to make it easier for Australians to define 'A Rich Person'. Nothing against rich people, of course. You might even discover that you're one of the rich people. Do with that what you will.

1. You own one of those stainless steel fridges with an ice machine inside it.

2. Inside that fridge is San Pellegrino sparkling water. Not even for a special occasion. Just because it's a Tuesday.

3. When you go to the movies, you buy your snacks from the movies. Including a $12 frozen Coke. And a $7 choc top. It's not even part of a combo. You just buy what you want and pay the $400. People who are not rich go to Aldi downstairs and buy a packet of chips and a warm bottle of disappointing soft drink.

4. Same goes for theme parks/days out. When I was a kid, I always believed that you were 'rich' if your parents didn't pack you some mushed up Vegemite sandwiches and orange juice poppers. If you can afford to go to a museum/theme park and buy lunch there, you, Sir, are a rich person

5. When you're shopping online you don't automatically sort 'price: low to high'.

7. You exclusively buy Sirena tuna EVEN when it's not on sale.

8. You have a clawfoot or free-standing bathtub that isn't also part of a shower.

11. You're really good at horse riding.

13. You own furniture that guests aren't allowed to sit on.

14. You own scented candles from Mecca.

17. You don't vacuum. You Dyson your carpets.

18. You have absolutely no idea how much an avocado costs. But you have three in your fruit bowl.

What are the other signs that someone is rich? Let us know in the comments below.

Reply
Upvote
1 upvotes
According to Tatler (the bible of the well heeled) a house with a 'name' is very middle class.
R
rush 2 years ago