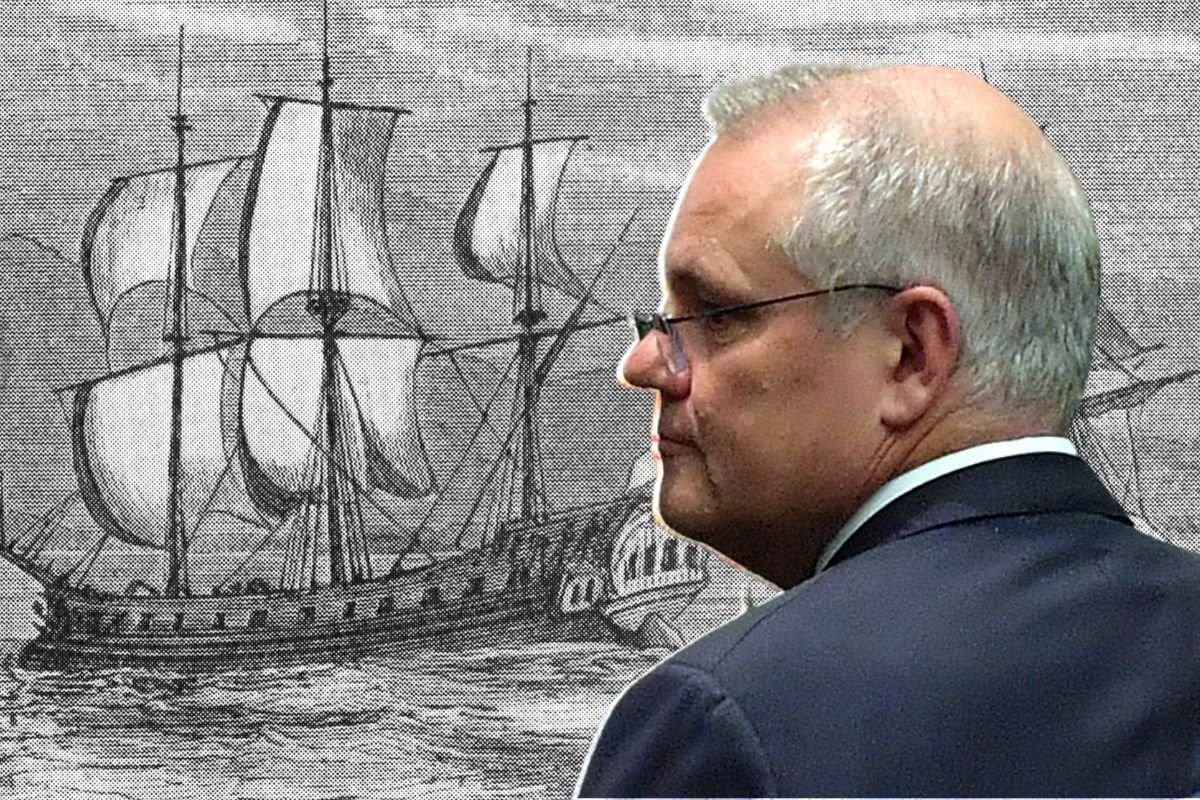 On Thursday during a press conference in Queensland, Prime Minister Scott Morrison was asked what he thinks about "Australia Day".

He lamented that Cricket Australia - who have decided not to recognise January 26 in that way anymore - should "focus on cricket and less on politics".

"You know when those 12 ships turned up in Sydney all those years ago, it wasn't a particularly flash day for the people on those vessels either," he said, a chuckle evident in his tone.

"I think what that day demonstrates is how far we've come as a country, and I think that's why it's important that we mark it in that way. It's not about that day so much  - it's about how far we've come together since that day. You can't just airbrush things that've happened in the past. I think one of the great things about Australia and I think we are respected for this, is we're pretty up front and honest about our past. The national apologies that've been put in place show we are prepared to deal with our past."

Prime Minister Morrison showed us during that press conference how little he understands about Australia's past, and specifically about what actually happened 232 years ago.

Here's what some of his political colleagues had to say as his comments started circulating:

Suffering is not a competition. What the Prime Minister has said makes no sense.

Maybe the colonising First Fleet did feel sick on the boat over here. First Nations people feel sick to think that 26 January is a day that the leaders of this country should choose as the national day of celebration. It’s like dancing on the graves of our ancestors. https://t.co/VsKh4gKzRT

Seriously Prime Minister, who the heck is advising you? Or do you come up with this rubbish on your own??

The First Fleet landed at Botany Bay on January 26, 1788, and destroyed the lives and livelihoods of the people who had called Australia home for more than 60,000 years.

The arrival of European settlers led to massacres, the forced removal of children, slave labour and attempts to destroy the languages and cultures of the oldest known civilisation on earth.

Their land was dispossessed, they were exposed to new diseases like smallpox, measles and influenza that they didn't have the immunity to fight, and in the 10 years that followed European arrival, it's estimated that the Indigenous population of Australia was reduced by 90 per cent. 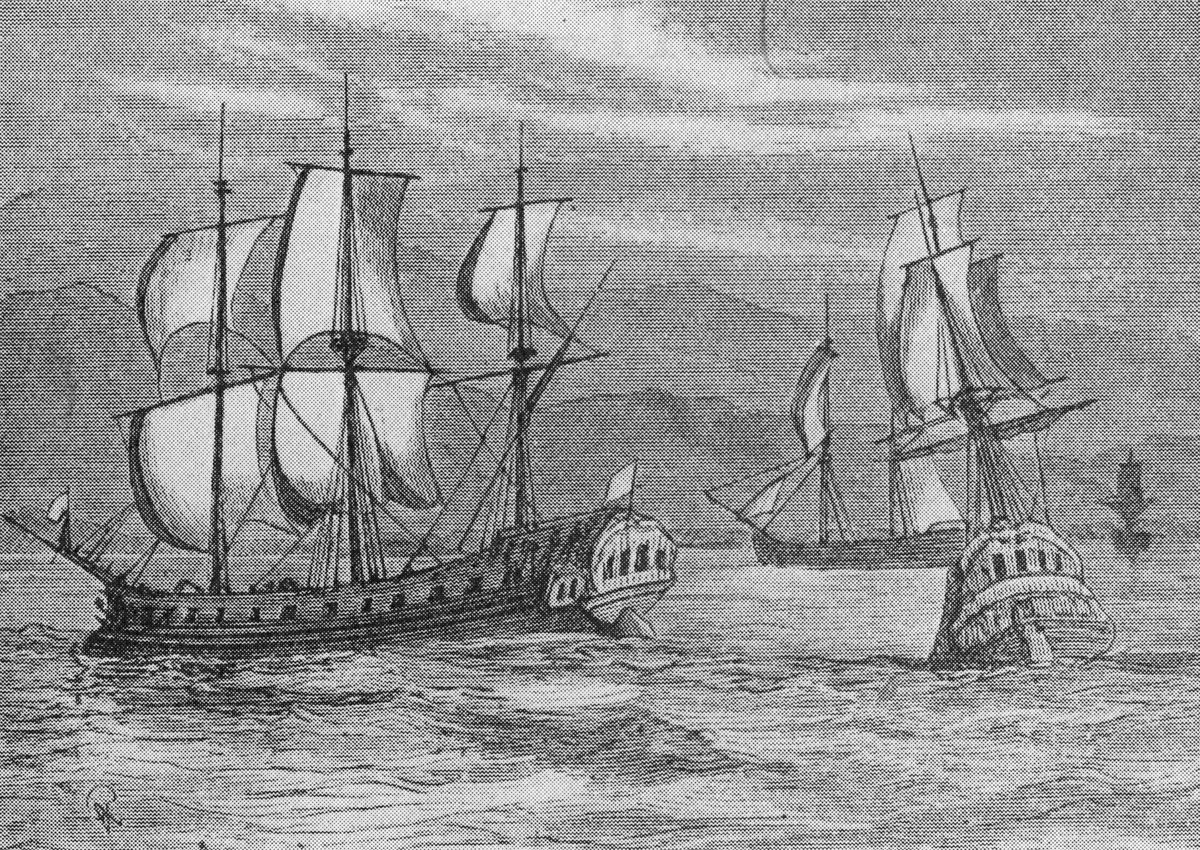 At least 20,000 Aboriginal people were killed as a direct result of colonial violence alone, with Australians Together describing: "Massacres of Indigenous people often took the form of mass shootings or driving groups of people off cliffs. There are also numerous accounts of colonists offering Indigenous people food laced with arsenic and other poisons."

To First Nations people 'Australia Day' is Invasion Day, which is something they've been trying to tell the Australian government for many, many, years now.

Finally the Australian public, and sporting bodies like Cricket Australia most recently, are starting to reject the day. But it seems our politicians are in their own ignorant bubble.

Even as tens of thousands of people take to the streets in Invasion Day rallies, they reject even the simplest of requests - to change the day we celebrate our country. 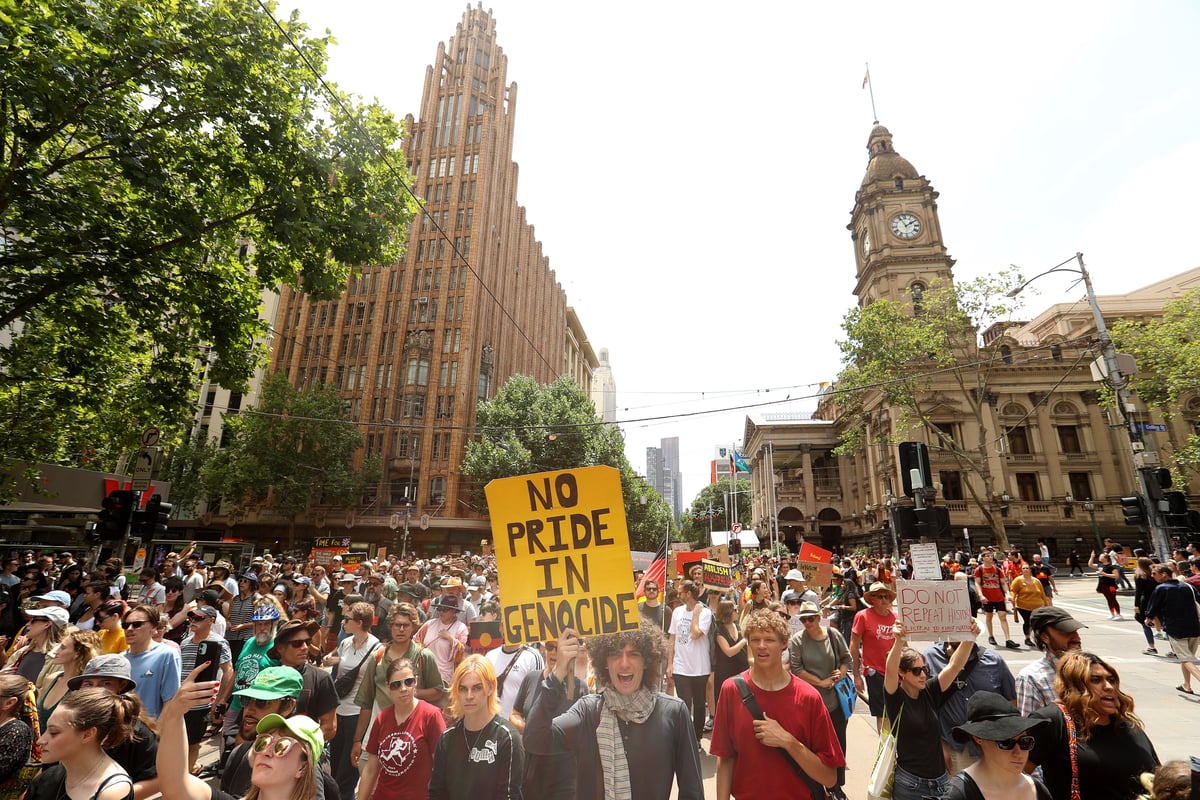 An Invasion Day protest in Melbourne in 2020. Image: Robert Cianflone/Getty.

As MP Linda Burney explains, to Aboriginal people the annual celebration held on January 26 feels like the entire country of Australia is "dancing on the graves of our ancestors."

It feels like a quick dig into the terror, pain, destruction and heartbreak that came as a direct result of white settlement on these shores, and it's not hard to understand why.

By joking that First Fleeters didn't have a "particularly flash" day on January 26 either, the prime minister is attempting to compare something that can never be compared.

Sure, history tells us conditions were extremely cramped on the 11 (not 12, Scott), ships that first carried convicts to Australia. In many cases the prisoners were restrained in chains and were only allowed on deck for fresh air and exercise. It was dirty and diseased and full of rats.

But that's not the point.

The point, as Burney wrote for The Guardian is, "First Nations people feel sick to think that 26 January is a day that the leaders of this country should choose as a national day of celebration. In Victoria alone, there were 67 massacres and more are still being uncovered. They tried, and failed, to wipe my people from these lands. Yet we have survived."

She added on Twitter: "Suffering is not a competition."

A day before Morrison's comment, Amanda Gorman - the youngest poet in US history to attend a presidential inauguration - recited, "It’s because being American is more than a pride we inherit. It’s the past we step into and how we repair it."

It was a poignant and timely reminder - one our leader should pay attention to.

"It’s because being American is more than a pride we inherit. It’s the past we step into and how we repair it."
— Amanda Gormanpic.twitter.com/6It9NN2m6W

On February 13 2008, then Prime Minister Kevin Rudd moved a motion of Apology to Indigenous Australians. His apology was on behalf of the successive parliaments and governments whose policies and laws "inflicted profound grief, suffering and loss on these our fellow Australians".

Morrison on Thursday cited this apology as proof that we are "prepared to deal with our past." But haven't we always been taught that actions speak louder than words? Does he think reconciliation stops with an apology? 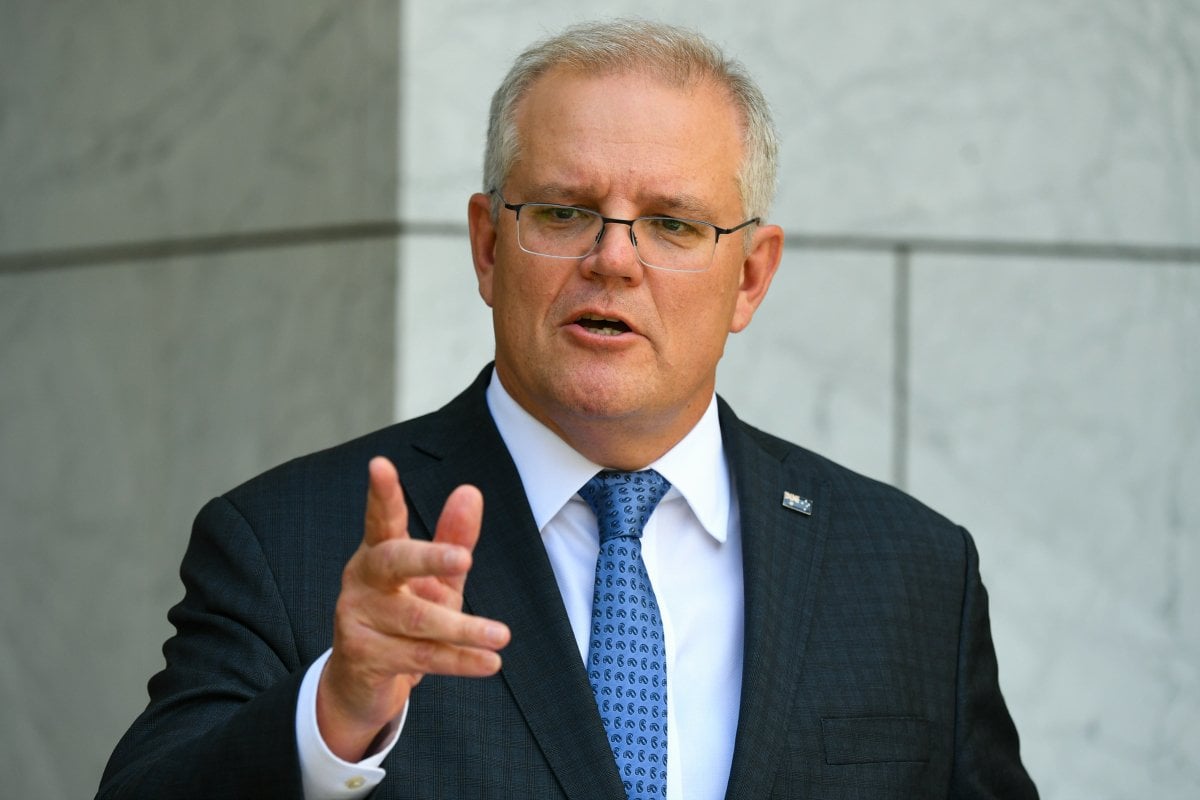 Polls conducted by Essential Media each year since 2015 show there has been a steady decline in people celebrating January 26 and in 2021 only 29 per cent of respondents will be doing something to mark it.

But even though Morrison says himself, "It's not about that day so much," he's not willing to listen the ever-growing calls to change the date.

In June 2020, Morrison was forced to publicly apologise after he falsely claimed that Australia "did not have slavery".

"Australia, when it was founded as a settlement, as NSW, was on the basis that there be no slavery, while slave ships continued to travel around the world," he told 2GB Radio.

From the 1860s to the 1970s, Aboriginal and Torres Strait Islander men and boys were taken from their homes and forced to work on cattle and sheep stations across Australia. And from the early 1900s, women and girls were forcibly removed from their families, placed in domestic training facilities and then, once they turned 15, dispatched to homes as domestic 'help'.

Then there were the 62,000 Melanesian people brought to Australia and enslaved to work in Queensland’s sugar plantations between 1863 and 1904.

Read: How to have a conversation with someone who says, 'There was no slavery in Australia.'

You'd think that embarrassing faux pas would encourage you to dust off the old history book, but Morrison hasn't learnt from that mistake.

Earlier this month the Morrison government agreed to change the Australian National Anthem from "For we are young and free" to "For we are one and free" so as to recognise the history of First Nations people on Australian soil.

The change was praised by many First Nations people, but composer and Yorta Yorta woman Deborah Cheetham put the step forward into perspective when she told the ABC: "one word at a time is probably not the right way to go".

Not only is Morrison uneducated on First Nations history, he has proven that small steps forward are all he can muster.

Morrison rejected the chance to take a leaping bound towards real change in 2018, by rejecting the Uluru Statement’s call for an Indigenous voice to parliament. He said that the body would constitute a third chamber and, "I think two chambers is enough".

He dismissed the call, before even giving it the chance.

Morrison. Spends his entire Prime Ministership rarely if at all, mentioning Indigenous ppl; changes one word in the paternalistic national anthem & the spin out there is like he just split the atom.
How about some actual meaningful change #UluruStatement https://t.co/DjW0DLJtTT

Then, in 2020, the latest Closing the Gap report found little progress had been made on five of seven targets, including life expectancy and child mortality rates.

The Prime Minister keeps telling us he is "passionate" about bringing Australians together around reconciliation. But he keeps proving time and time again, through both his actions and his lack of knowledge, that he's all talk.

How can we expect Scott Morrison to learn, when he doesn't even know how to listen?