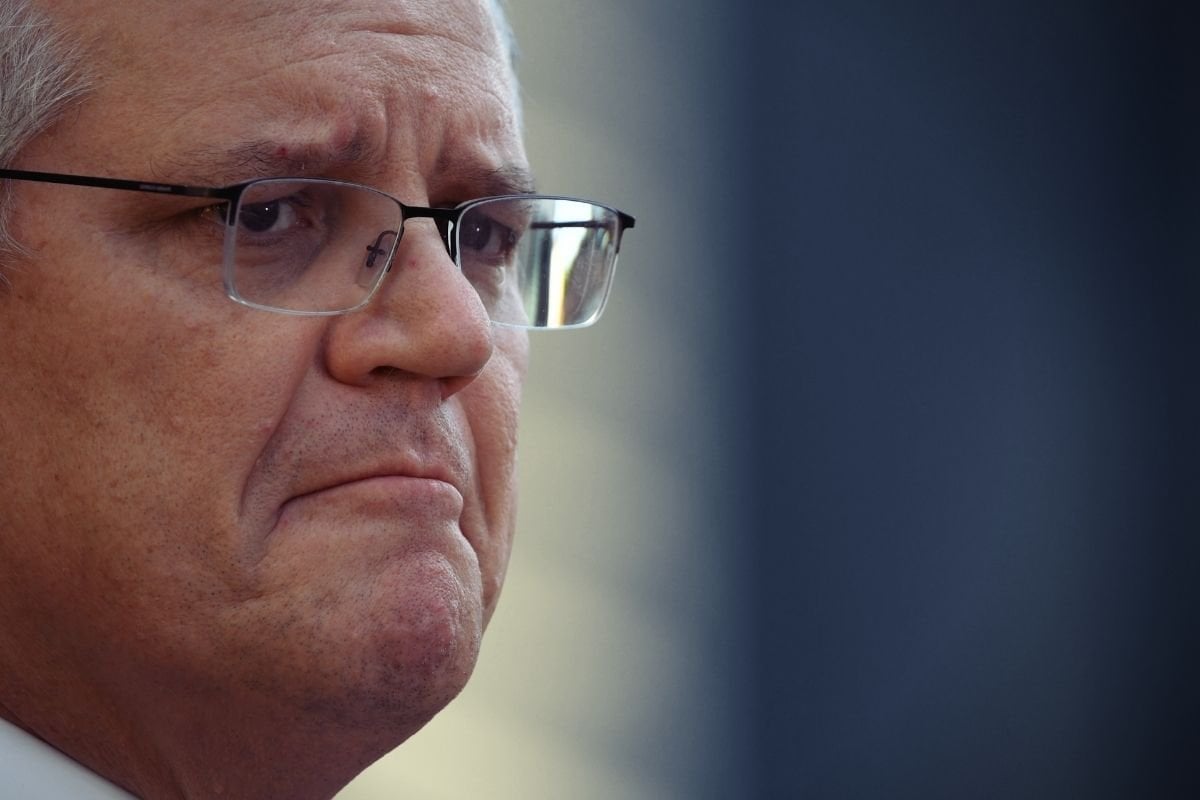 We're tired of being outraged at bungled vaccine rollouts and excuses.

Half of the country's population is now locked down as the virus runs rampant in a 2021 that was supposed to be our fresh start.

After days of not seeing you, Prime Minister, yesterday we needed reassurance. Calm. Strength. A clear message.

We needed a leader.

On Thursday you gave a press conference to the nation after disappearing from the public eye for long enough that people had started to question where you were.

During your absence from our TV screens, Victorians had their lockdown extended, South Australia went into lockdown and parts of New South Wales fumbled their way through week four of their stay at home orders.

We needed you to reappear as a beacon of hope amongst the carnage. An apology might've been a good place to start. A sincere, heartfelt apology about the fact that only 13 per cent of the nation is vaccinated because of a sluggish system bungled by your government.

During your round of media interviews, you kept telling us you were "accountable" and the delays were "regrettable," but you actively avoided journalists' attempts to get an apology out of you.

Perhaps your PR team didn't think it was smart to admit fault and use the 's' word, but from those of us on the ground - it might've helped. Of course we want you to "just get it right" as you aptly declared, but we also want you to own it. Own your mistakes, sincerely, and then fix them.

Outside The Lodge, a journalist asked you a tough question:

"Since your last press conference Victoria's extended lockdown, South Australia has again gone into lockdown and the situation in New South Wales isn't getting any better. We have businesses crying for JobKeeper to be reinstated and there is growing criticism that you are an absent leader and that you are passing the buck. Is that true, Prime Minister? Are you an absent leader?"

"No," you curtly replied. And that was it, you moved on. It was a fair enough question - plenty of Australians were thinking it.

This isn't the first time criticism like this has been levelled at you.

We were lacking your leadership and support during the 2019/2020 bushfires. While you disappeared to Hawaii, NSW RFS Commissioner Shane Fitzsimmons was the face we turned to instead, to lead us out of the dark.

Yes, we have state leaders fronting media packs daily. But they're the ones tackling the virus numbers front-on, fighting to get the numbers down and the rules just right. They are the bearers of bad news.

We need you to be the voice of professionalism and wisdom and encouragement. Instead, you have given us mostly blame-shifting, political bat-swinging, curt replies and micro-aggressions.

We're a country in crisis.

But there were no stirring words of encouragement during your round of press interviews yesterday in our moment of need. No headlines or soundbites that instilled confidence and courage in Australians as many of us prepare for another weekend indoors.

Instead, this morning's news was littered with headlines crying 'PM's testy exchange with reporter over vaccine messaging' and 'Morrison offers microaggression and deflection.'

On Thursday you caved.

"Obviously some things are within our control, some things that are not. And I am keen to ensure as we have been over these many months that we've been turning this around. I'm sorry that we haven't been able to achieve the marks that we had hoped for at the beginning of this year. Of course I am. But what's more important is that we're totally focused on ensuring that we've been turning this around," you said today in a lunchtime press conference.

Four letters. One word. There it was.

We didn't need a Prime Minister on the defence like you gave us yesterday, we needed this guy, who only appeared after 24 hours of bad press. It might not have been the sincere apology we deserve, but it's a start.

In this moment of turmoil for Australia we don't just need you to show up, ScoMo.

We need you to be a leader.

Reply
Upvote
1 upvotes
@mamamia-user-893622181 Ahh, that makes much more sense. I can think of quite a few four letter words to describe our leader but couldn’t find any of them within the article...
F
fzmclaren 6 months ago

Reply
Upvote
2 upvotes
A lot of the issues around the poor leadership was the infighting for leadership in both political parties for over a decade that now we’re left poor leadership.  And I’ve yet to meet a leader willing to acknowledge they were wrong and apologise for it
C
cat 6 months ago