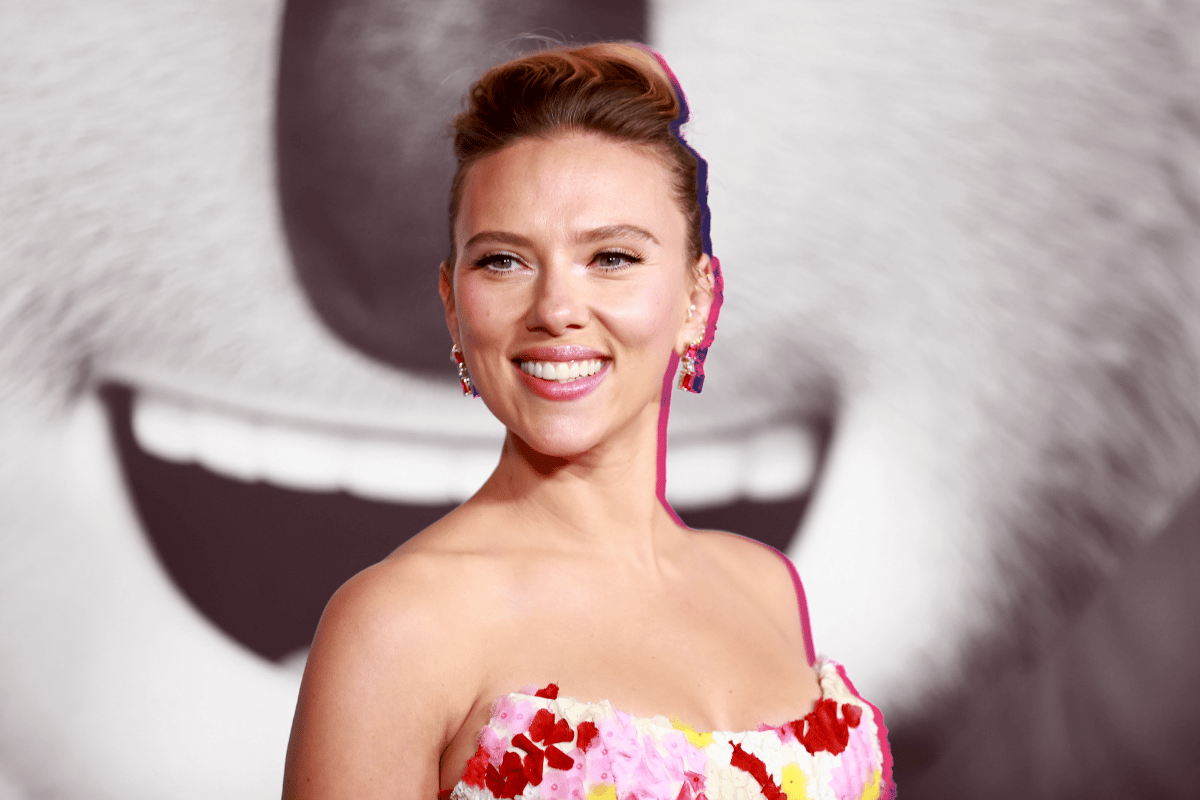 But amid the incredible success and being a leading figure in Hollywood, Johansson has managed to keep her private life mostly out of the spotlight.

Johansson first met her now-husband Colin Jost on the set of Saturday Night Live in 2010, where he works as a writer.

"It was some dumb parody that he had written, and he was in there partly directing this segment we had to do," she told The Hollywood Reporter.

"That's my first memory of him. He seemed very confident at the time. I don't know if he felt that way, but in that environment, if you're not confident as a writer, your stuff just never gets produced."

They started dating in 2017, before tying the knot in October 2020. The couple have also just recently welcomed a son called Cosmo.

We decided to take a look back at Scarlett Johansson's life, including her career and relationships.

Scarlett Johansson was born in New York City on November 22, 1984.

Johansson, who was born to parents Karsten and Melanie, has a twin brother, Hunter. She also has an older sister, Vanessa, who is also an actress and an older brother, Adrian.

From a young age, Johansson was interested in a career in the spotlight. As a child, she would regularly perform for her family in their home. She also practised acting by standing in the mirror until she made herself cry.

At seven years old, Johansson began auditioning for commercials, but after quickly losing interest, she turned her attention to acting.

When she was nine, Johansson made her film debut in 1994 fantasy comedy North.

Over the next few years, Johansson garnered the attention of critics and viewers alike and in 2003, she made the transition from teen to adult roles, starring in romantic drama Lost in Translation and drama Girl with a Pearl Earring. 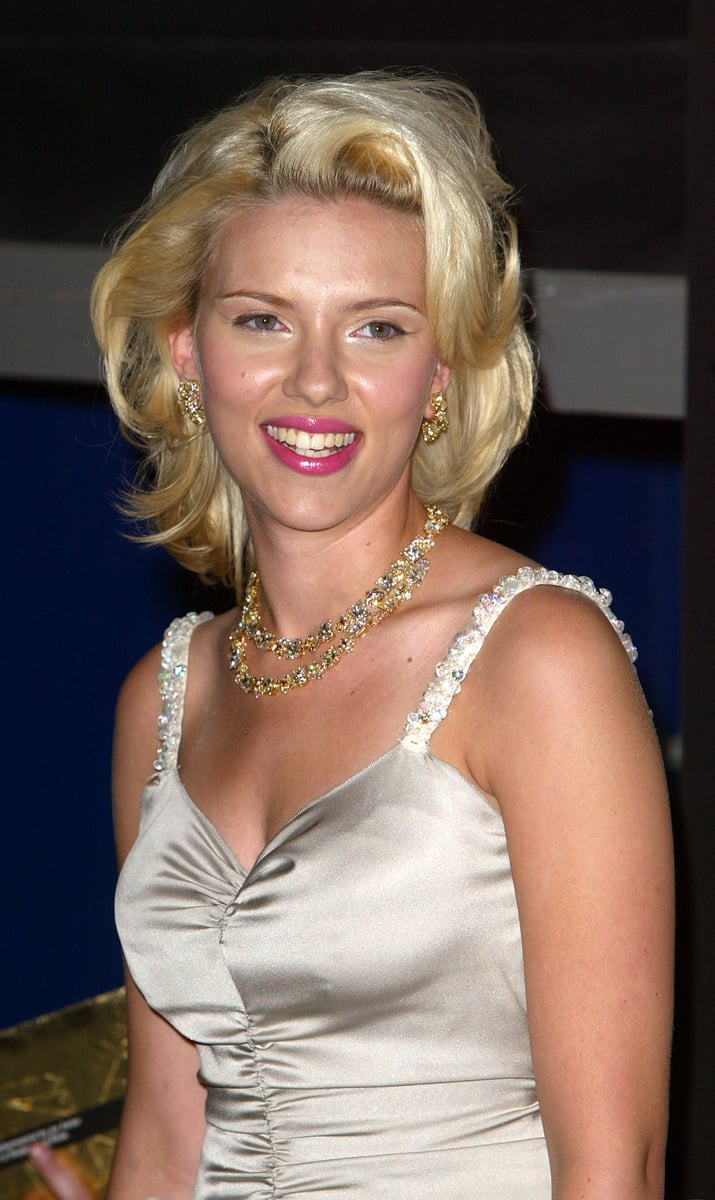 It was these two roles, according to Variety, that established her as one of the most versatile actresses of her generation.

In the years that followed, Johansson appeared in several big-screen releases, including A Love Song for Bobby Long, which earned her a Golden Globe nomination for Best Actress in a Drama.

In 2009, however, the release of He's Just Not That Into You led the actress to take a short break from acting, as she turned her attention to Broadway.

After appearing in a stage role in A View from the Bridge, which earned her a Tony Award, Johansson was cast as Black Widow in Iron Man 2 in 2010.

Besides appearing in a handful of Marvel films in the last decade, the actress has also appeared in Her, Ghost in the Shell, and Rough Night. 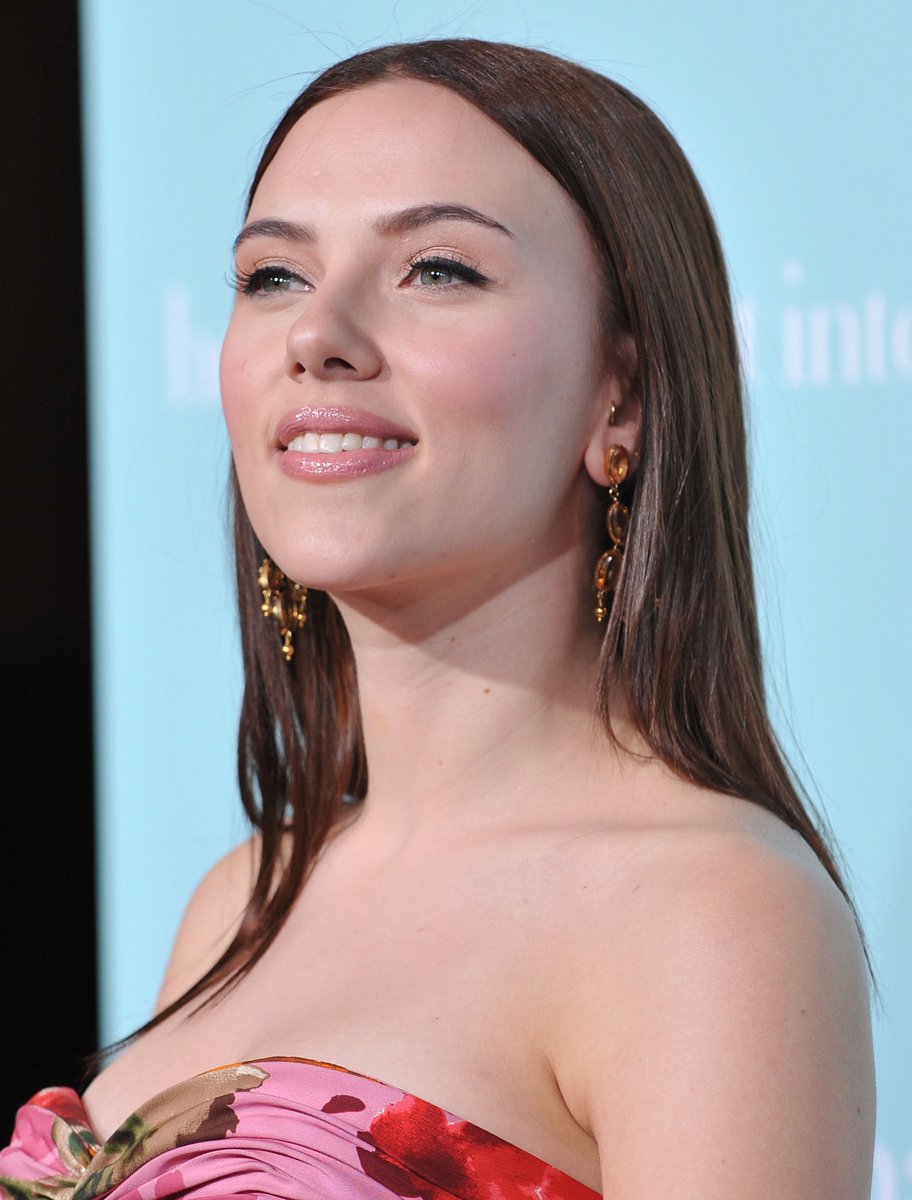 In 2019, for the second year in a row, Scarlett Johansson was named the highest-paid actress in Hollywood.

In just one year, the actress raked in US$56 million – largely thanks to her role as Black Widow in Marvel’s Avengers films.

In 2019, the 37-year-old starred in the highest-grossing movie of all time worldwide, Avengers: Endgame, and began working on the standalone film about her character, Black Widow, which was released in July 2021.

After two years together, the pair split at the end of 2006, with Hartnett sharing that their busy schedules kept them apart.

In 2007, Johansson began dating Canadian actor Ryan Reynolds. By May 2008, the pair were engaged.

Speaking to Time Out New York, Johansson admitted that the pair had been struggling with their hectic work schedules.

"We have no time for dates," she said.

"We work and then go home and – I, anyway – just stare at the wall for a few hours before I go to sleep," she added.

"Like in any profession, it's difficult. You want to make sure you have time to invest in your family. It's a challenge, but it's worth it."

In September 2008, the couple were married before their family and friends. In December 2010, however, Johansson and Reynolds separated. They finalised their divorce in July 2011. 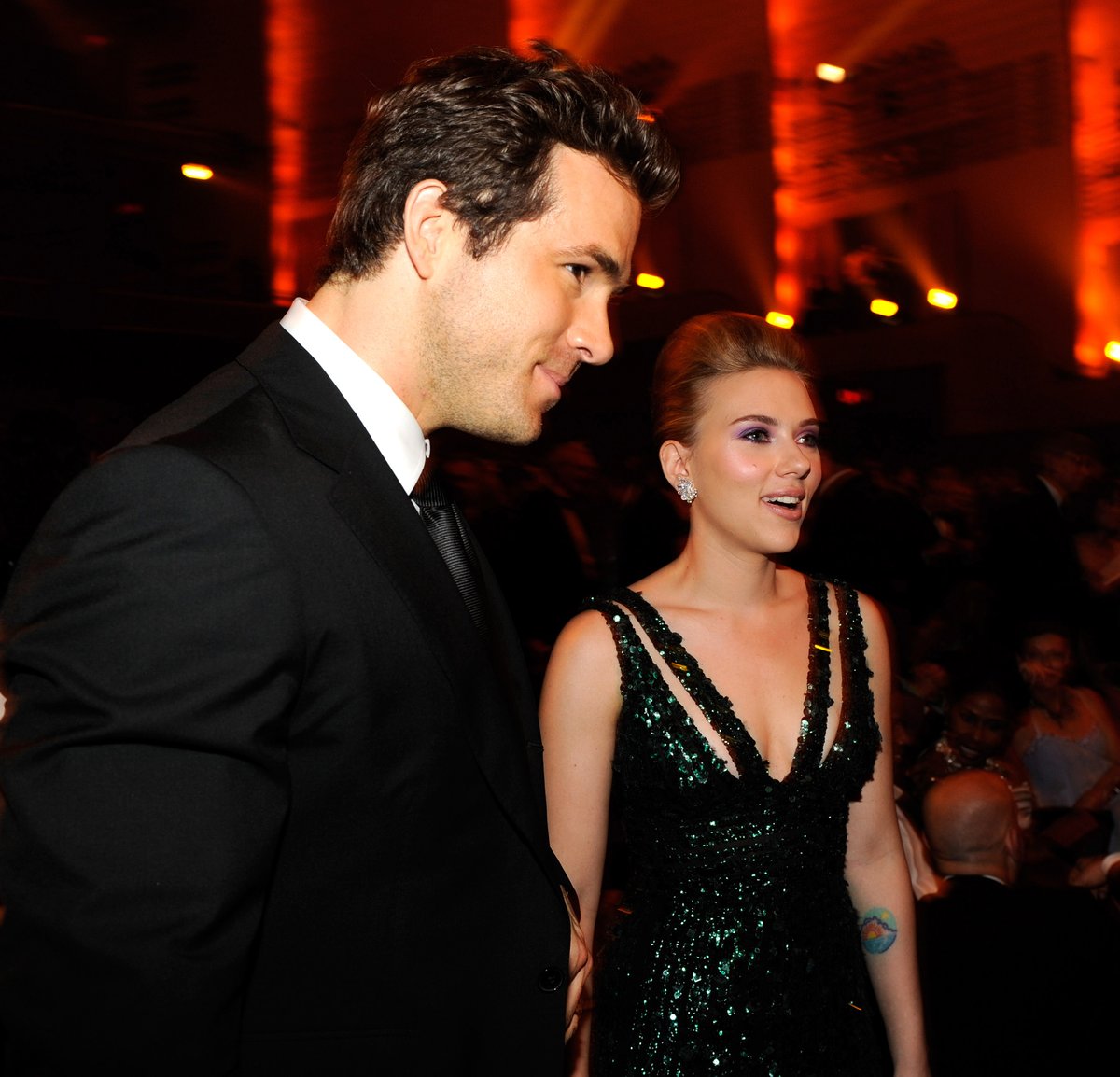 In an interview with Vanity Fair in late 2019, Johansson opened up about her three-year marriage to the Deadpool star.

"The first time I got married I was 23 years old," she said.

"I didn't really have an understanding of marriage. Maybe I kind of romanticised it, I think, in a way."

Now, Johansson looks back at the relationship as a growth period.

"It's a different part of my life now," she said.

"I feel like I'm in a place in my life, I feel I'm able to make more active choices. I'm more present, I think, than I've been before."

Within ten months, the couple were engaged. They welcomed their daughter, Rose Dorothy, in September 2014, before eloping. 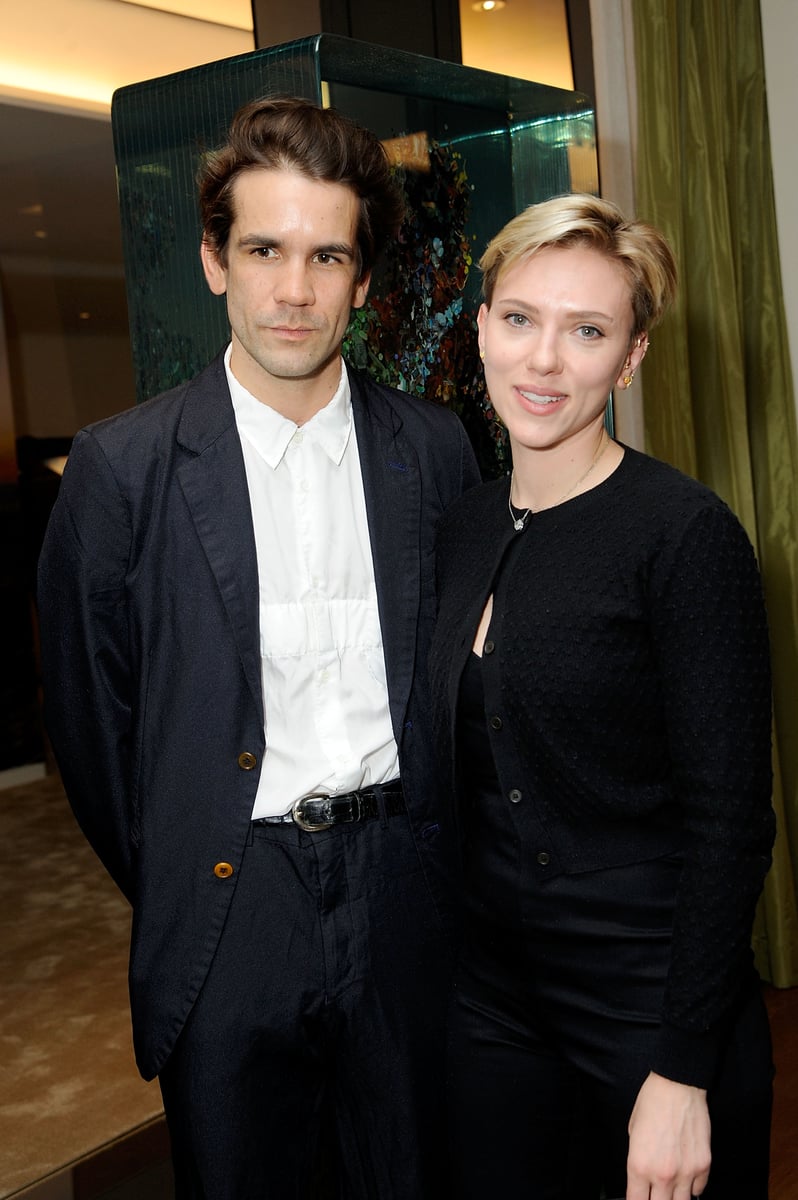 Following the split, Johansson has opened up about the struggle of loneliness as a result of being a single parent.

"I felt in the past: there's such a loneliness to being a single parent," she told USA Today.

"Obviously, it's a lot of many different things at once, but there can be a loneliness and this constant feeling of doubt, that you don't know what the hell you're doing and you don't have anyone else to bounce it off of."

The actress also shared that she isn't jaded about marriage, despite being divorced twice. 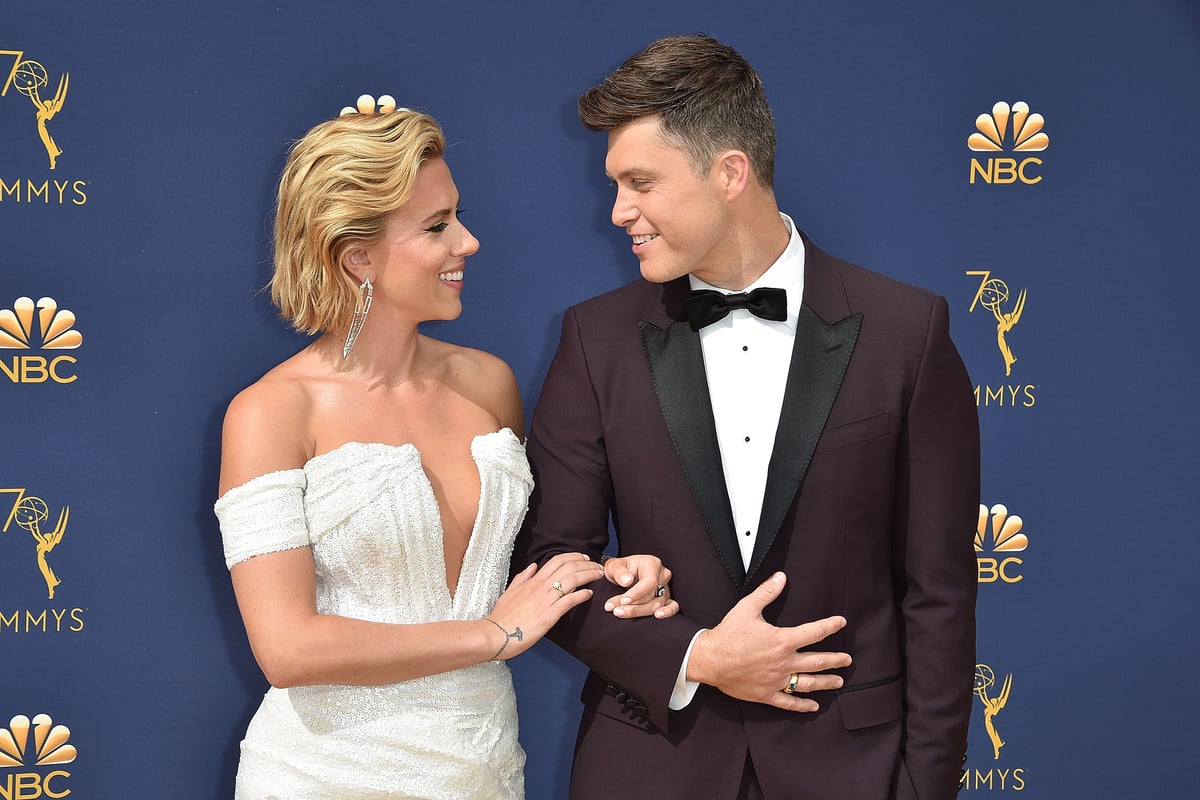 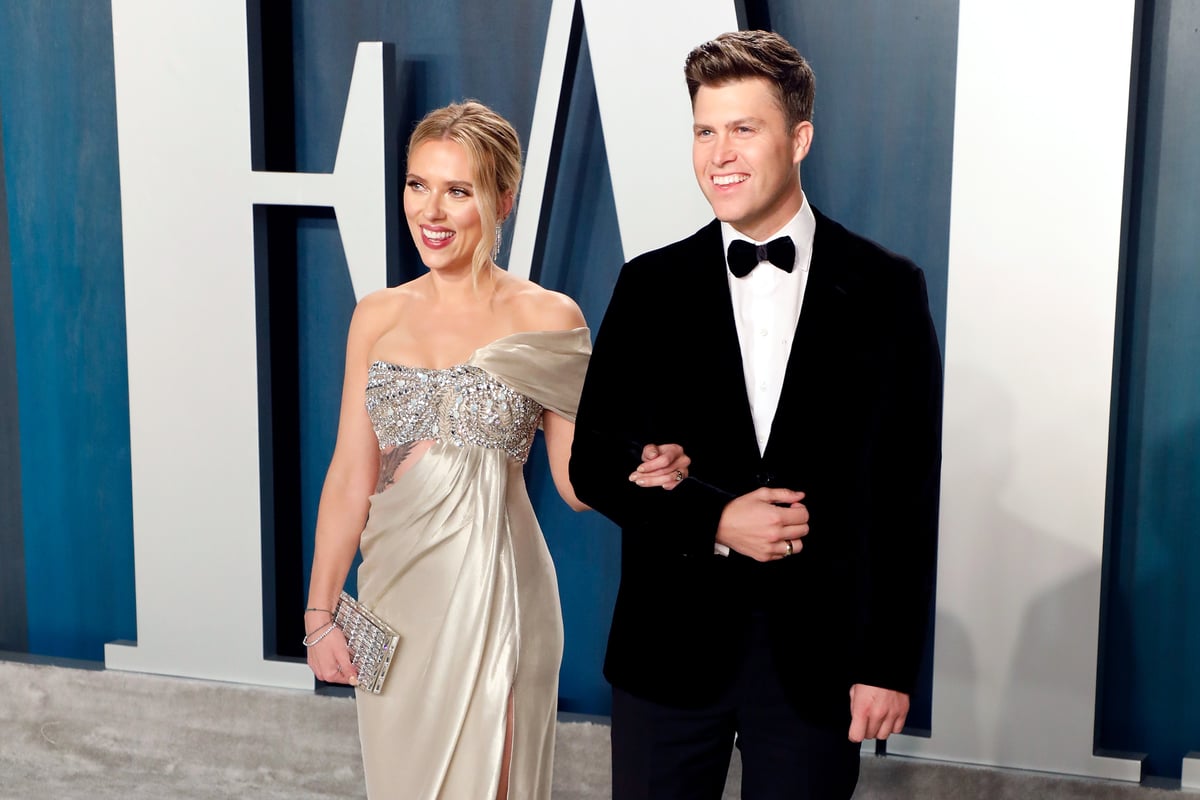 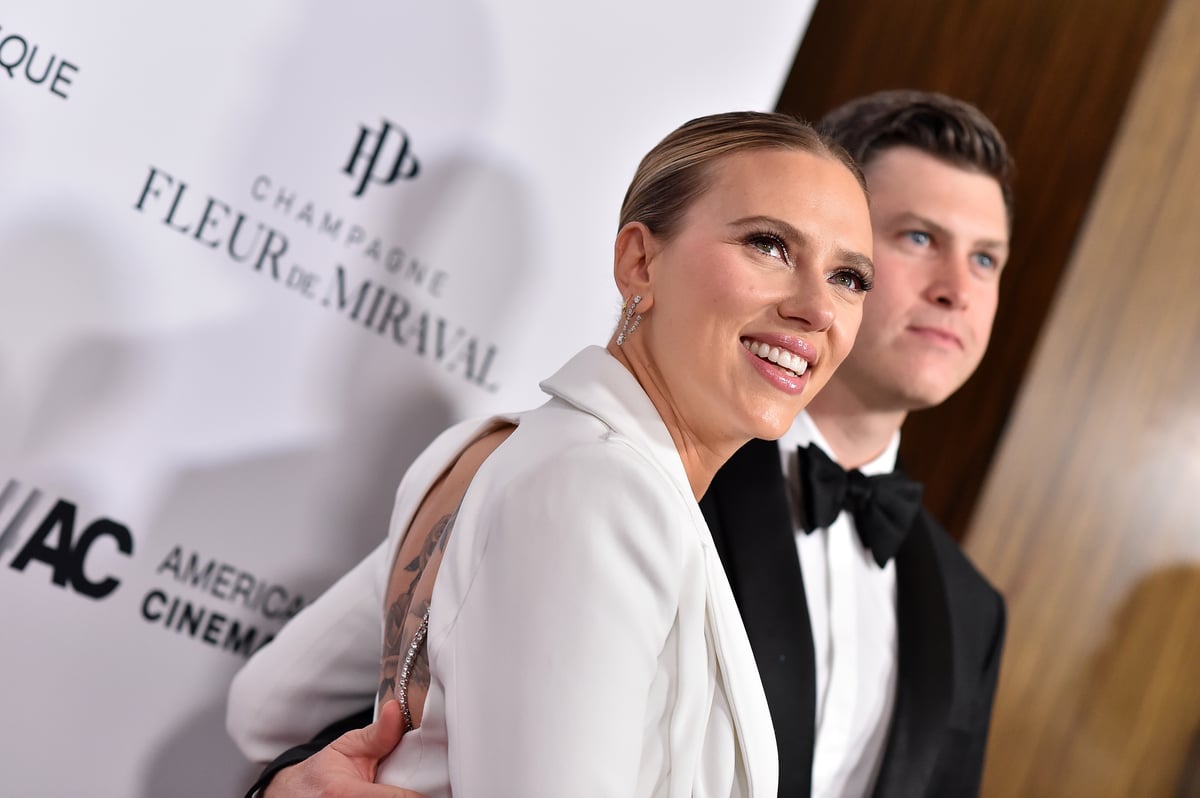 "This place means so much to me. I have so many friends here and I met the love of my life here," she said.

In October 2020, the pair tied the knot in an intimate ceremony in Staten Island, New York.

The news was announced on social media by charity Meals on Wheels America at the time.

"We’re thrilled to break the news that Scarlett Johansson and Colin Jost were married over the weekend in an intimate ceremony with their immediate family and loved ones, following COVID-19 safety precautions as directed by the CDC (Centers for Disease Control and Prevention)," the caption read on Instagram.

"Their wedding wish is to help make a difference for vulnerable older adults during this difficult time by supporting @mealsonwheelsamerica. Please consider donating to celebrate the happy couple by clicking the link in our bio." 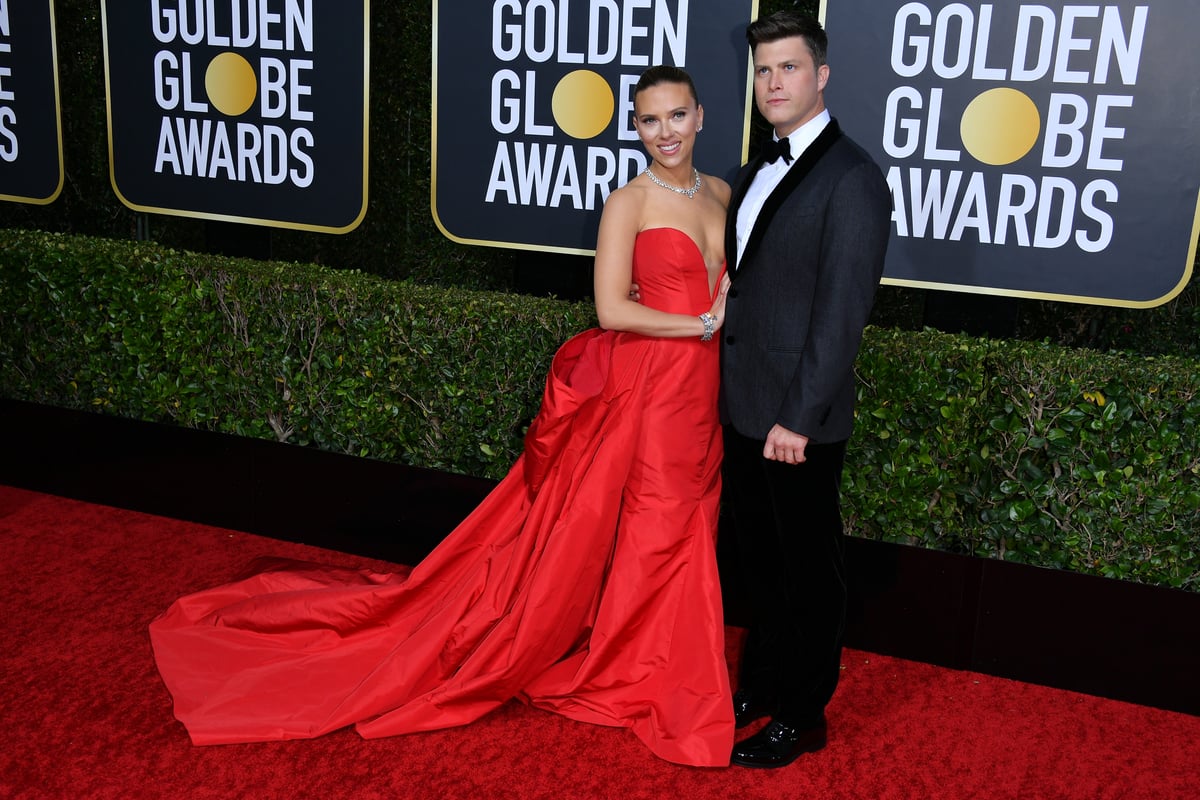 Scarlett Johansson on being a parent.

Johansson and Jost announced the arrival of their son Cosmo only days after Jost confirmed her pregnancy in August 2021.

"Okay we had a baby. His name is Cosmo. We love him very much. Privacy would be greatly appreciated," Jost wrote.

The pair managed to keep the pregnancy relatively out of the public eye, and six months after baby Cosmo's birth, Johansson has revealed why.

"I feel like a lot of things have moved forward in the past five years in terms of women's empowerment, but that thing remains sort of in the Dark Ages. So much judgment it's crazy," said the actor while in conversation with Vanity Fair.

The mother of two added that she kept her pregnancy relatively private to avoid any unwarranted opinions about her ever-changing pregnant body.

"I wanted to be able to have my own feelings about my changing body," she explained. "Without other people also telling me how they saw me, whether it was positive or negative."

Interestingly enough, the announcement of Johansson's pregnancy to her loved ones made her realise just how much pressure is placed on women.

"It's funny how much stuff people put on you when you're pregnant - their hopes or their judgment or their desire, a lot of that is put on pregnant women," she said.

"I would have a lot of people saying things to me immediately, like, 'How great, oh my God, that's wonderful.'

"And while I was definitely excited to be pregnant in some ways, I also had a lot of not-great feelings about it, and that would be scrutinised by - I'm talking about, like, women that were close to me."

The actress opened up about her experience of parenting on the Ellen DeGeneres Show last year in a joint interview with Bono.

When asked by DeGeneres whether Rose is jealous of her new brother, Johansson said: "She's pretty neutral about it, which I think is a good thing."

As for Cosmo, Johansson says life for him is pretty chill. The four-month-old "just discovered his feet, which is like the biggest thing ever," she joked with DeGeneres.

"I imagine that they'll be very different people. You know, my daughter: she's a little bossy, I don't know where she gets it from, and she's very headstrong… Well, he's just putting his feet in his mouth. So, he seems pretty laid-back."

As for who the stricter parent is, Johansson said, "Me, obviously." Pointing to a picture of her with Jost, she then added, "Look at him. He's, like, so easygoing."