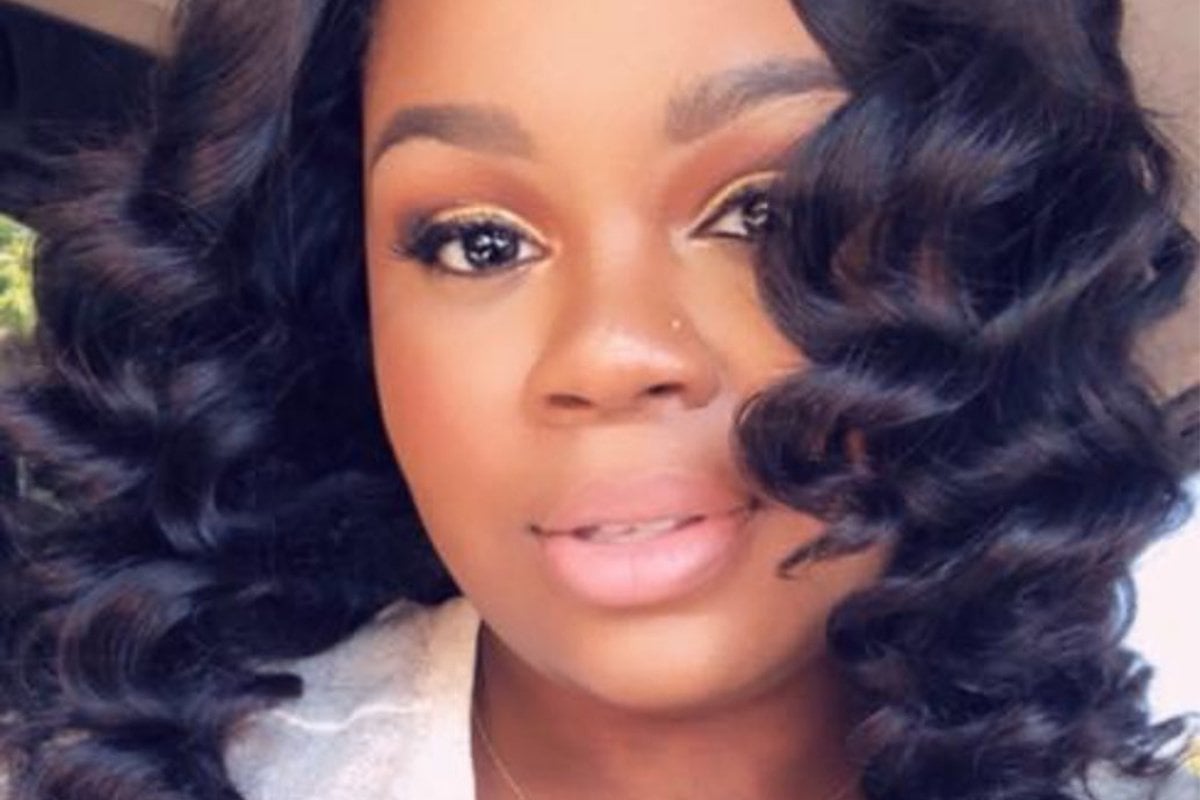 On March 13, 2020, Breonna Taylor, a 26-year-old medical worker and a black woman, was asleep with her boyfriend, Kenneth Walker, just after midnight in her home in Louisville, Kentucky.

According to Walker, the couple both called out asking who was there, but the police did not respond. Instead they broke the door off its hinges. Walker, still unaware of who was breaking in to their apartment, fired his gun once, before the police blindly shot back.

Breonna Taylor was shot five times by police. She died on her hallway floor.

Her obituary says: "Breonna Taylor was full of life and loved social gathering with her friends and especially her family. She loved life and all it had to offer. She continued to find ways to better herself and the people around her."

Side note... These are the hidden numbers in women and violence. Post continues below.

Amid the Black Lives Matter protests that flared across the globe last year, triggered by the death of unarmed black man George Floyd at the hands of police officers, Breonna Taylor became a household name.

Millions in America and abroad were raging at the racism that pervades their communities, particularly evident in police brutality against people of colour.

Since the senseless killing of Breonna Taylor, activists, protestors and her own family have called for the police involved in the incident - Brett Hankison, Myles Cosgrove and Jonathan Mattingly - to be arrested. Three of the officers have been fired, but no officer has been charged for causing her death.

Now, her family has sparked a renewed plea for justice, with the campaign #SayHerName.

Speaking to The Cut, her sister Ju’Niyah Palmer spoke of the pain of the world seemingly "moving on".

"Everybody’s more so focused on the royal family right now," she said. "It’s no longer about Breonna, George Floyd, Ahmaud Arbery — it’s no longer about them. It’s kind of annoying and frustrating because it’s like, why are you guys skipping over the fact that there are Black people who were murdered, and there’s still no justice, but you are worried about a royal family who, at the end of the day, they’re going to be good because they’re going to adjust to what needs to be adjusted for them. It’s hard for me."

On the one-year anniversary of the killing of Breonna Taylor, thousands of demonstrators have returned to the streets to rally and march across America. 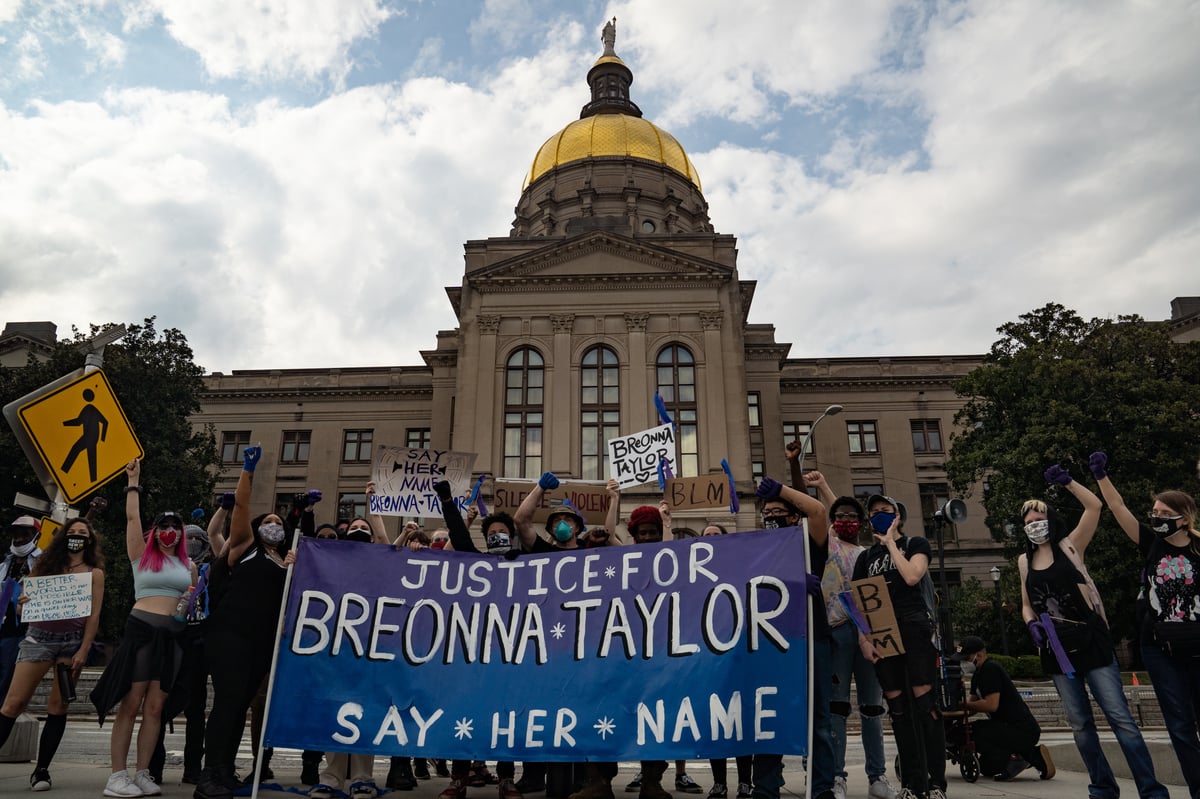 Demonstrators pose for a picture in front of the Georgia Capitol building while marching through downtown in honour of Breonna Taylor on March 13, 2021 in Atlanta, Georgia. Image: Getty.

During the rally in Louisville, the city Taylor was killed, speakers called for justice and reforms to the criminal justice system.

"This is about our power to change this world for our children, for my daughter," said Sadiqa Reynolds, president of the Louisville Urban League.

"This is so we make sure that not another person dies at the hands of the police."

Louisville Mayor Greg Fisher said his city has made significant reforms in policies and priorities, but that there was still "a good deal of work ahead".

Taylor's "death resonates still in our city and around the world, underscoring the need to reform systems and act more urgently to advance racial justice and equity," he said on Twitter.

Protests were also held in Atlanta and New York.

Breonna Taylor’s death was a tragedy, a blow to her family, her community, and America. As we continue to mourn her, we must press ahead to pass meaningful police reform in Congress. I remain committed to signing a landmark reform bill into law.

"Breonna Taylor's death was a tragedy, a blow to her family, her community, and America.

"As we continue to mourn her, we must press ahead to pass meaningful police reform," he wrote.

The push for justice is, clearly, far from over.