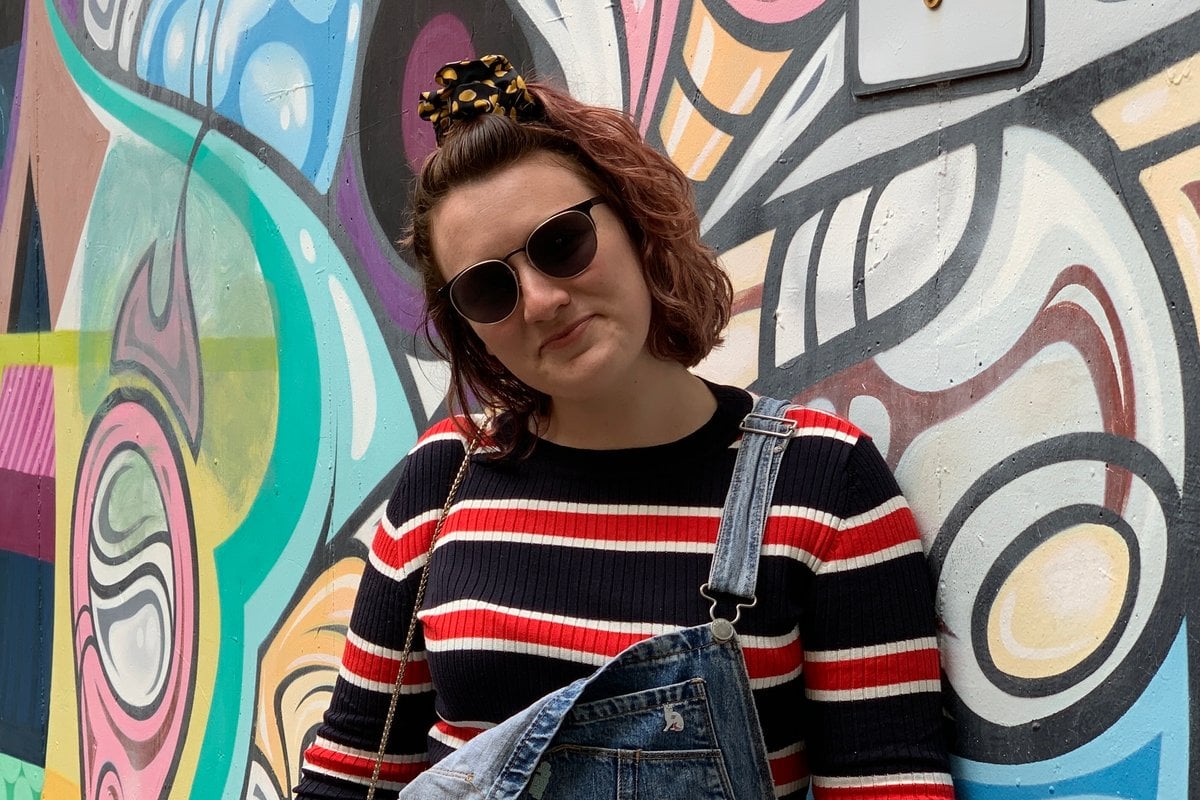 In 2018, Saxon Mullins appeared on the ABC's Four Corners program and identified herself as "that girl".

That 18-year-old girl who, in 2013, was led to an alleyway behind a Kings Cross nightclub in Sydney and anally penetrated by the nightclub owner's son, Luke Lazarus, a 21-year-old man she’d met minutes earlier.

That girl who returned to her friend in floods of tears and excruciating pain, who went to the hospital and then the police with allegations that she'd been raped.

That girl who'd then been the complainant in a widely reported sexual assault trial that sparked a probe into how NSW law deals with consent.

But in that trial, Saxon Mullins had been painted as a different person altogether.

The essence of the defence case in Lazarus' 2015 trial was that Mullins was a woman scorned.

After the encounter, she, in a state of shock, followed Lazarus' request to enter her number into his phone where he later said he kept a 'trophy list' of women. Mullins saw this list, the defence posed, and cried rape out of anger.

"You see your name there?" defence barrister, Ian Lloyd QC, said displaying the list to the court.

"Yes," she answered through tears.

"It upsets you to see your name on that list?"

Speaking to investigative journalist Louise Milligan for her book, Witness: An investigation into the brutal cost of seeking justice, Mullins explained that her distress in that moment was empathy for those women: "I believe I've been assaulted, you know? Who are these other women on this list that I have put my name onto, and in what context did they put their names onto it?"

The jury ultimately found Lazarus guilty of sexual intercourse without consent, but his conviction was overturned on appeal and he was later acquitted in a judge-only trial. Then, in 2017, an appeal court found a legal error in the judge’s reasoning, but dismissed the request for a third trial.

While the case ended, Mullins was left to live with the weight of it all; the trauma of that night, the court process and the lonely aftermath.

As she told Milligan, "There are no other avenues. Everyone's done. Everyone goes home and then it's just me and I'm still here and I'm still doing it, even though it's not happening anymore. I'm still living it."

Sadly, it's an all too familiar story.

Speaking to Mamamia's True Crime Conversations podcast, Milligan said, "So many complainants of these crimes who I have spoken to, in the research for this book and in my journalism in this area... have said: not only are you reliving a complete and awful trauma, you're also being doubted and tarred with this horrible suspicion and reputation.

"As one person I've quoted in the book said, 'You're the villain, instead of the accused.'"

While Milligan stresses that the presumption of innocence until proven guilty is vital to a robust legal system, she argues that cases like Saxon Mullins' highlight the ways in which the system can be weighted in favour of the accused — particularly a well-resourced one.

For one, complainants don't have legal advice.

They are classed as a witness, which means that — unlike the accused — they don't get to sit through proceedings and take notes or ask questions of a barrister. They don't have character witnesses vouch for their credibility.

"They have Witness Assistants, who are social workers to pass the tissues and say, 'There, there.' But there's no one to actually advise them how to manage this in a legal context," Milligan said. "Now, the system doesn't want people to be coached — that's problematic. But by the same token, they could have a better understanding of how it works."

After all, Crown Prosecutors don't act for the witness; they are not his or her lawyer. They are there to prove a case beyond reasonable doubt, and sometimes, Milligan argues, that goal can be at odds with the best interests of the witness.

"A really good example of that is where you have a defence counsel who is really bullying a complainant, and it's making the complainant really distressed, but the Crown Prosecutor thinks, 'Well, it's kind of better, that they're crying because I don't want them to be wooden.'"

Mullins' case also highlighted some of the tactics defence barristers will use to discredit a witness.

My book Witness, an investigation into the brutal cost of seeking justice, is available today from @HachetteAus. Witness is the first insight into the bruising courtroom experience of courageous people like 15yo Paris Street from St Kevin’s & @SaxonAdair. It’s a call for change. pic.twitter.com/kccDfgFBHr

"They were trying to make her out to be knowing and willful, and so the [defence barrister], Mr. Lloyd, kept addressing her as 'Madam': 'You would, wouldn't you, Madam? That's what you say, Madam.' That kind of language," Milligan said.

"I actually spoke to Ian Lloyd to see outside of the courtroom... He couldn't talk about the specifics of his case because barristers aren't permitted to do that. I asked him about the use of the word 'Madam' more generally, and he said, 'Well, you have to put some age on her, because you can't have the jury thinking of her as this innocent 18-year-old.'"

Mulligan notes that a lot of people in sexual assault cases say that being cross-examined in court is just as bad, if not worse, than the original crime.

"And that is an appalling indictment on the system. We have to do better than that," she argued. "Because if we don't — and we already know that this is happening — people don't come forward. People don't complain of sexual crimes at the same rate as other offenses. The conviction rates are very low as well.

"But if we don't, that means that people who do really horrible things, to little children and to women, and to men from time to time as well, get away with it. And that's just not right."

Louise Milligan's book Witness: An investigation into the brutal cost of seeking justice is available now in paperback and e-book.

If this article has raised any issues for you about sexual assault, please call 1800 RESPECT on 1800 737 732 to speak to a trained counsellor.