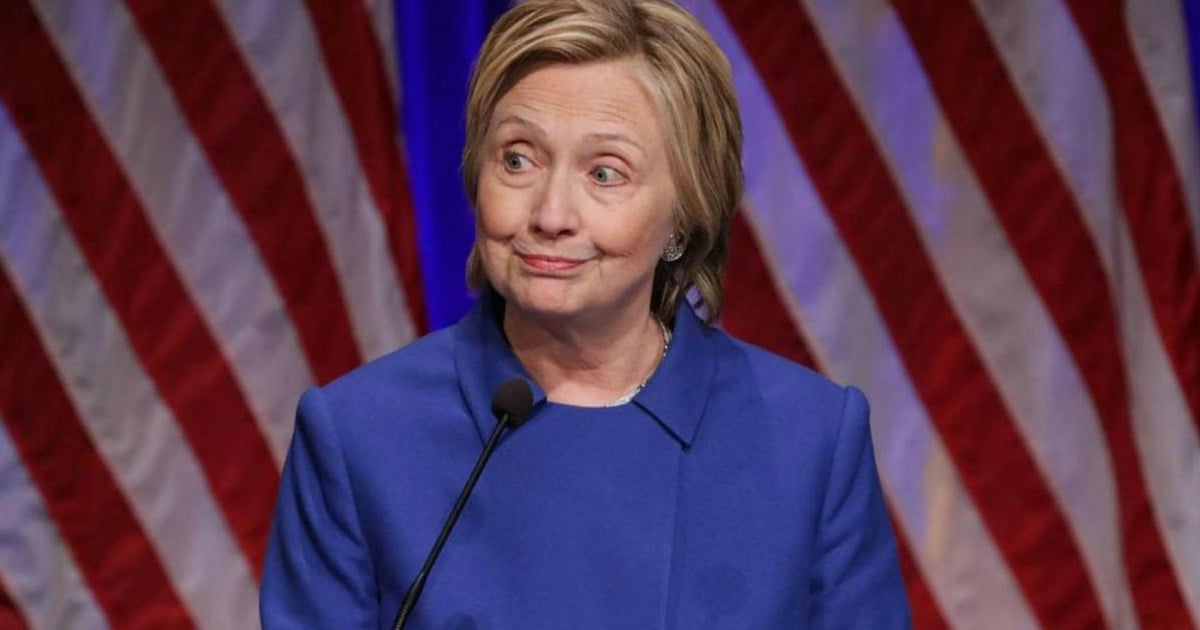 Let’s just get it out there: the sight of Hillary Clinton without makeup since she lost the election has been shocking. In the literal sense of the word: it’s been a shock to see her looking so different to the Campaign-Hillary we’ve grown accustomed to over the last two years.

How do you see it?

And yes, we are deconstructing the face of an accomplished, powerful woman in a way we would not do to a man. I won't pretend otherwise. Because women's faces are loaded in a way that men's just aren't and pretending it's not the case doesn't make it so. Fair? No. True? Yes. For now.

The sight of Hillary looking vulnerable, tired and bare-faced with puffy eyes from crying, triggered a memory in me. In the days after I had a miscarriage many years ago, I chose to look the same way.

After spending a day in hospital, I returned to work completely unadorned. No make-up. My hair pulled back. My clothes drab. It was a deliberate decision. I was in mourning and I wanted the world to see it from the outside. I wanted everyone to know I was broken and irrevocably changed. I wanted my exterior to match my heart. I needed my pain to be somehow visible. There's a lot to be said from the custom among some cultures to wear black for a certain period of time after losing a loved one to signal your loss to your community.

That's what I saw when I looked at Hillary. Grief. Also simmering anger that she tried so hard for so long to be so many things to so many people and still it wasn't nearly enough. So what's the point.

Her face has said more than any words she's spoken since losing to Trump.

Because for so long - ever since she announced she was running for President two years ago and in every one of the thousands of public appearances she's made since then -  she's looked starkly different. Polished, carefully made-up, perfectly groomed.

I've thought so much about how Hillary must be feeling since the election. If so many of us felt gutted, imagine how she felt.

For days afterwards, I couldn't shake this image I had of her sitting on the floor of her shower, wailing. Or maybe I'm just projecting because at the darkest times of my life when my grief was most primal and overwhelming, that's how I've released it.

Her face acknowledged she'd been crying and she made no attempts to hide that with make-up. Her face spoke of a decision to strip back all artifice because wearing no make-up for a woman in the public eye is a decision. It's no accident. Nothing Hillary does is an accident.

And so there are several ways to read it. As New York magazine columnist Stella Bugbee noted, the way we view Hillary's bare-faced post election look, speaks volumes about us more than it does about her:

Do you see Hillary’s bare face as a grim admission that she’s been striving too hard on the trail, or do you see her choice to forsake hairspray as a cathartic fuck-you to the whole damn operation of being a woman in the public eye? Are her puffy under-eyes an exhibition of grief or, as one callous article suggested, a ploy to stoke our sympathies? Did she send her hair-and-makeup team home or just decide (like a few other celebrities) that she was done living a lie? Maybe she was worried about crying. I know I’ve been avoiding eye makeup since the election for that reason.

It's been a long, exhausting couple of years for the 68-year-old and she's had to work hard to remove her appearance from the conversation. The fact her opponent was an orange, overweight man with bizarre hair never seemed to matter. Meanwhile, the landmines Hillary had to avoid inadvertently triggering with her face, her hair her clothes, her voice, her mannerisms, her facial expressions...

Hadley Freeman described this astutely for The Guardian back in June when she wrote:

[Hillary] just needs to be perfectly groomed at all times, but not look high-maintenance; she must wear gorgeous clothes, but they must not cost any money; she should look relatable but never “mumsy”; she must be feminine but not girly; she needs to look tough, but not like a bitch; she has to have perfect hair but spend no money on it; also her hair must not be too long (witchy) or too short (Jimmy Krankie); she must never have plastic surgery, but nor can she look old; she must think about her appearance at all times and simultaneously never think about such a frivolous issue; she has to look reassuringly presidential, which means looking like past male presidents, but she must never look masculine; she can’t wear dresses (too girly), but she also can’t wear trousers (too butch); she can’t wear makeup, but she must also always look as good as if she was wearing makeup; she should dress age-appropriate, but she must also never look like a 68-year-old woman; she should celebrate being a woman, but she also must not remind any men of their mother/ex-wife/any woman in their life who once made them feel sad.

And yet somehow (with the guidance of US Vogue Editor Anna Wintour who reportedly styled her for the campaign) Hillary walked this impossible tightrope of her appearance expertly, must to everyone's astonishment most of all probably hers. We know this because of the billion hours and words of media coverage, none of it was about what she wore, her hairstyle or her makeup. I read nothing about her looking too this or not enough that. This is itself was an epic triumph that few people noticed. Because taking your appearance out of the conversation is a prized accomplishment for women who wish to be judged by other standards.

Hillary is a woman who clearly has no love for fashion or beauty in the way of, say Michelle Obama. And yet throughout her life she has had to tailor the way she looked so people would shut up about it.

It started back here in the 70s:

A brunette with coke-bottle glasses who was pressured to conform to a more conventional look once her husband became Arkansas Governor in the 80s.

Hillary has always begrudgingly understood that a woman's appearance can distract attention and oxygen from her work. She's dutifully towed the line (except for a glorious period when she was Secretary of State where she wore Mumus, grew her hair, wore crazy jewellery and just seemed to do exactly what she wanted)

So how to view Hillary's decision to strip her face bare? I want to see it as a sign of defiance not defeat because I want her to be strong. It serves my own purpose to believe a woman can face such brutal disappointment and humiliation on a global scale and not be broken by it. I want there to be some screw-you in this new look, an acknowledgement that the pressure to present herself in a certain way during the campaign has been unlike anything any man could ever know and some relief that it's behind her.

I'm also hoping, just as there's a part of Donald Trump who is probably wondering what the hell he has got himself into, perhaps there's a part of Hillary who feels liberated that her life under such intense scrutiny is over and that not having to care how you look every moment of every day is a different kind of power.

I am convinced the average guy does not actually care what female politicians look like...in fact a female politician who refused to wear make-up and wearing average clothes would probably get more men votes!!...unfortunately the "looks" obsession is driven by female commentators and media outlets desperate for a story..