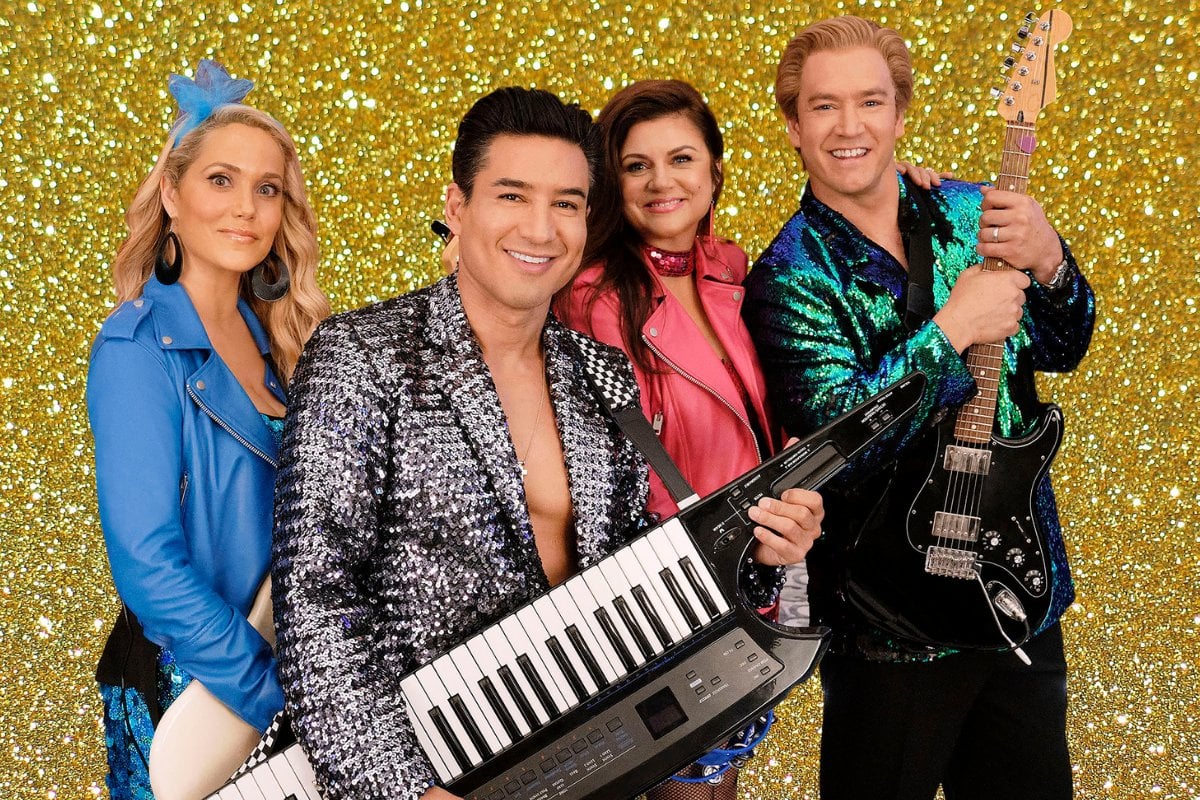 Get excited. It's finally time to go back to Bayside High.

Over 30 years on from the debut of Saved By The Bell, the long-awaited reboot has finally landed on our screens.

Streaming exclusively on Stan, the new reboot focuses on the lives of two new groups of students – the ultra-wealthy students of Bayside High, and the students who are forced to relocate to Bayside High after their own low-income high school closes.

Watch Stan's official trailer for Saved By The Bell below. Post continues after video.

Although the new students at Bayside High are the centre of the story, the series is jam-packed full of subtle references to the original series.

On top of the throwbacks to the original series, original cast members Mario Lopez, Elizabeth Berkley, Mark-Paul Gosselaar, Tiffani Thiessen, and Lark Voorhies all appear in the new reboot.

Here are the 10 subtle references you may have missed in the Saved By The Bell reboot.

The girl next door.

Many of the plotlines and themes from the original series are echoed in the reboot.

In the reboot, Lexi has a quiet crush on Jamie, much like Zack and Jessie entertained the idea of a relationship in the original series.

While the rest of the students at Bayside High have modern smartphones, Daisy, who recently moved to the school, explained that her mother believes that smartphones are too expensive. Plus, she can't take any "nudie photos" on an old school phone.

In the original Saved By The Bell series, a hot pink frame was used to indicate when characters were daydreaming.

In the reboot, the technique was used once again when Mac Morris imagined what life would be like if Daisy had never moved to Bayside High.

The famous "time out" phrase.

It wouldn't be Saved By The Bell without Zack Morris' famous "time out" catchphrase.

The moment, which used to involve Zack stopping time to break the fourth wall and talk directly to viewers, has been picked up by the reboot's new protagonist, Daisy.

Well, he's still working at The Max and yes, he's still performing his food-themed magic tricks for the latest students at Bayside High. 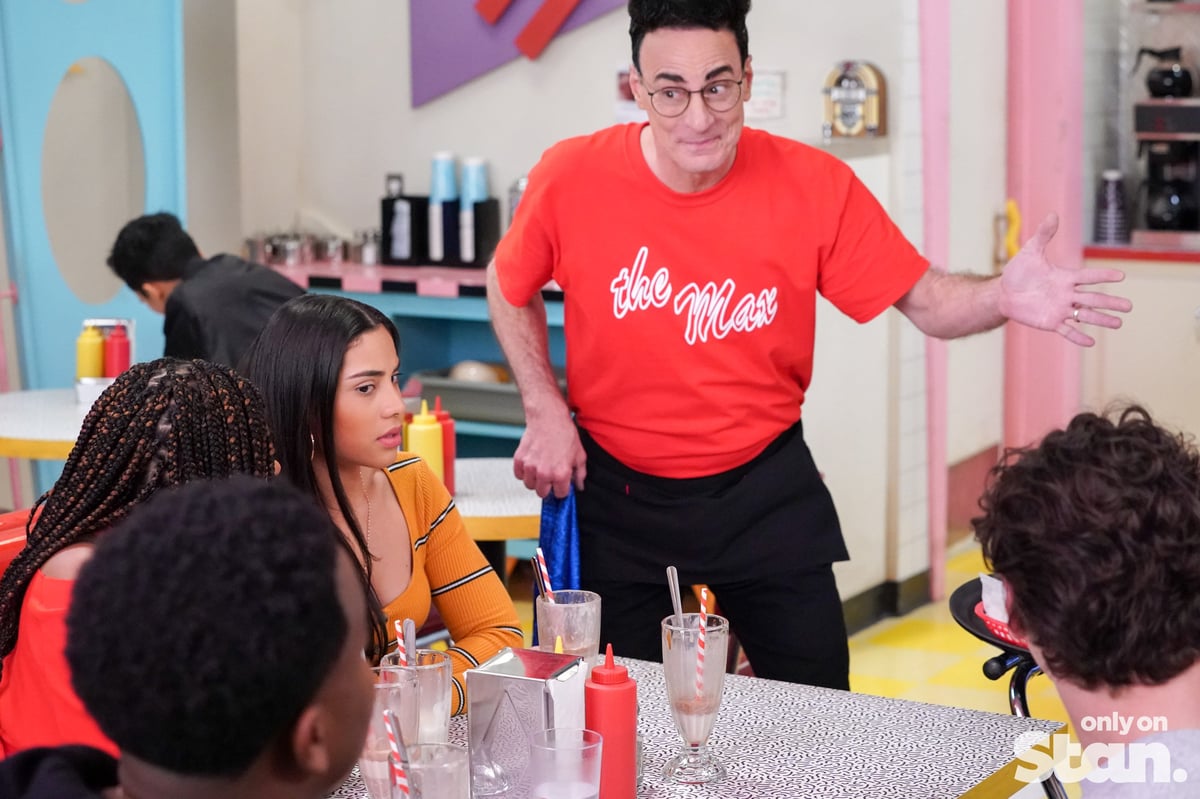 Throughout the reboot, jock turned gym teacher Slater (Mario Lopez) spends a lot of time reminiscing on his own high school days.

In one scene, Slater wears an old school neon singlet and shorts as he dances with a group of students.

In another scene, the gym teacher and coach of the football team is mocked by new student Devante when he sat on a chair backwards for an inspirational speech.

"Man, back when I went to Bayside, when you had a problem it could usually be fixed with a vaguely inspirational speech," Slater told Devante.

"Did you just sit backwards in a chair?" Devante responded. "Wow, I've never seen anyone do that in real life." 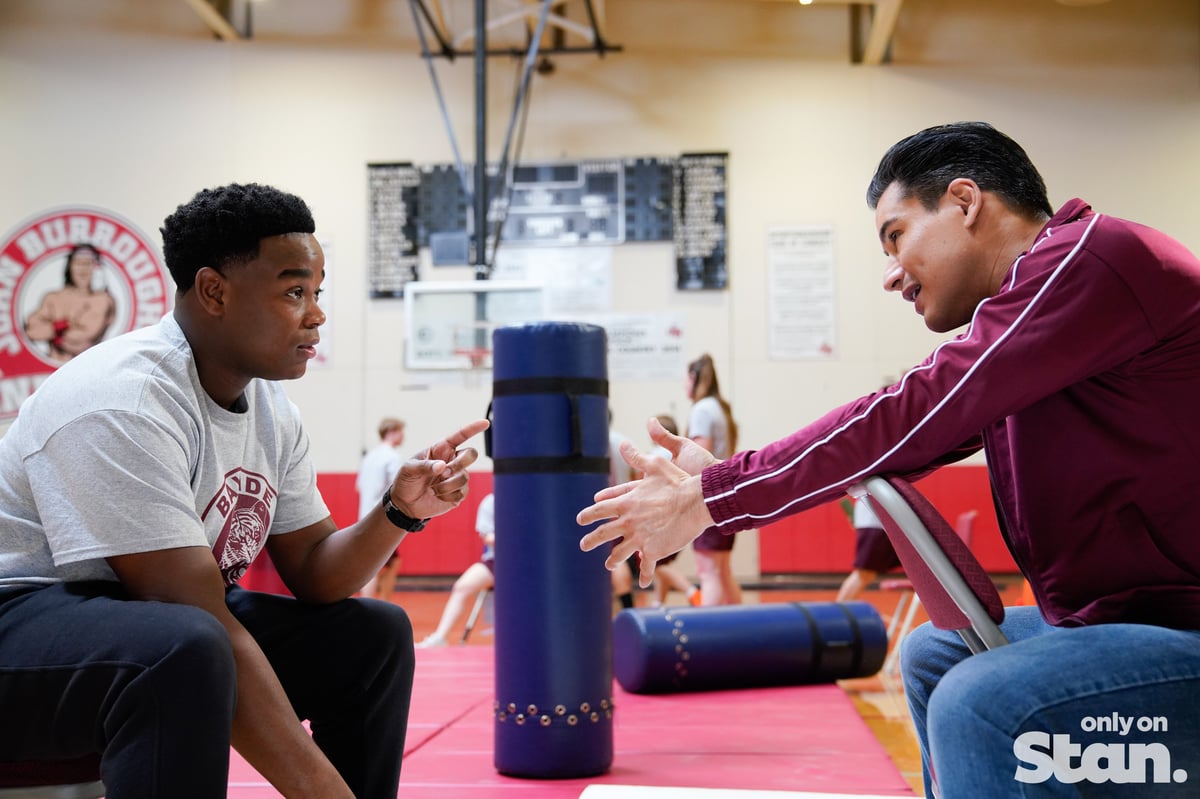 In the original series, Jessie famously got addicted to caffeine pills after struggling to balance schoolwork and extracurricular activities.

In the reboot, viewers learn that Jessie has released a book titled, I'm So Excited, I'm So Scared.

Plus, when unearthing her class' time capsule, Jessie discovers a bottle of the caffeine pills she used to take as she proudly shares that she's been caffeine free for 29 years.

In the reboot, new student Daisy hires an actress to pose as her mum for a meeting with Jessie, the school counsellor.

It's an almost identical storyline to the original series.

In the original 'Rent-A-Pop' episode, Zack hired an actor to impersonate his father in a meeting with the school principal in order to prevent him from finding out about his bad grades. 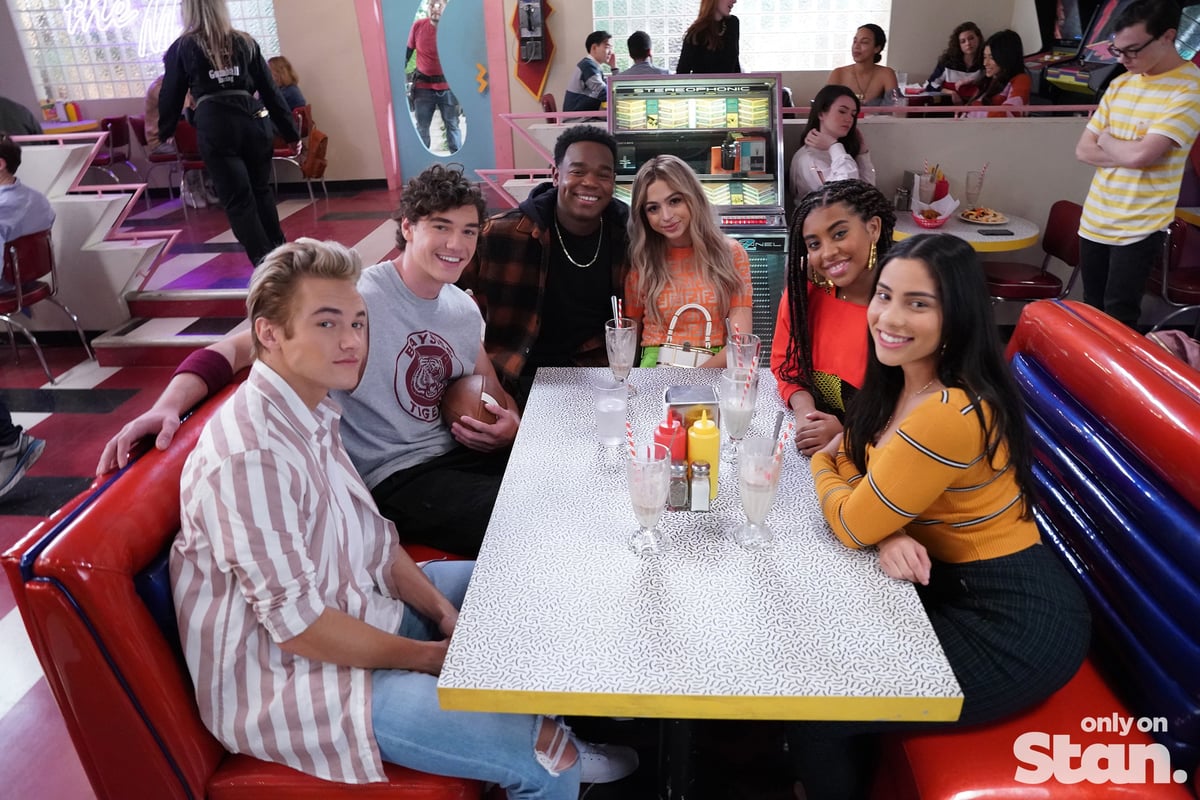 Slater (Mario Lopez) and Jessie (Elizabeth Berkley) had an on and off relationship in high school in the original series.

In the reboot, Jessie has moved on and married someone else, but Slater still refers to her as her pet name, "Mama".

In the first episode, Slater addresses Jessie after she gave a speech at the PTA meeting.

"Nice job up there, mama," he tells her.

"Sorry, I know we had the HR meeting about this. Dr Mama!"

However, his absence is explained in the series.

In a callback to the original series, it turns out Screech is living on the International Space Station with 'Kevin', the robot he built himself.

Stan is bringing back the cast of Saved By The Bell. Here's why you won't see Screech.

Saved By The Bell is available to watch on Stan now.