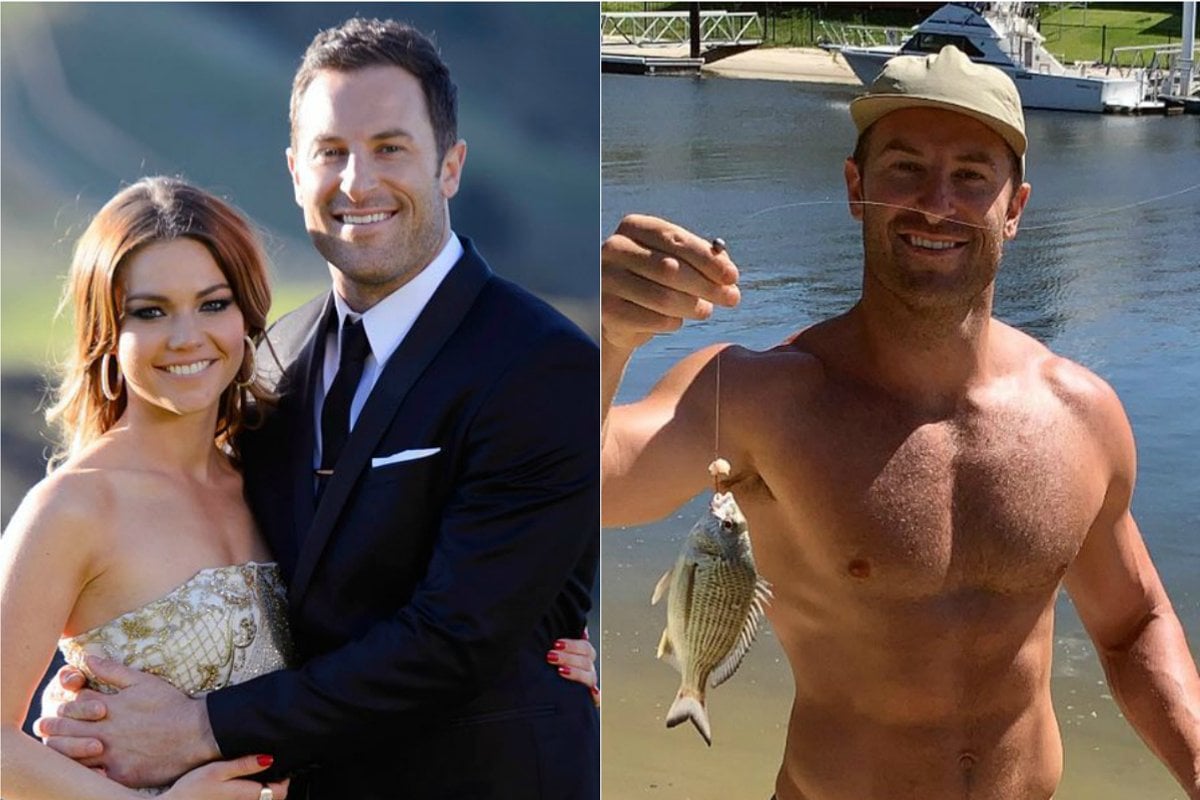 It's been five years since Australia watched Bachelorette Sam Frost give her final rose to Sasha Mielczarek on the picturesque hilltops of New Zealand.

Seemingly, the couple were a match-made in television heaven. Frost, dubbed 'Australia's sweetheart', declared her love for then 30-year-old construction manager, Sasha Mielczarek, who had been the clear frontrunner from day one. Plus, it came one year after Frost had been picked and then infamously dumped by Blake Garvey, who left her for the second-runner up Louise Pillidge in a twist that filled the tabloid pages for years.

Frost and Mielczarek's golden smiles indeed warmed the hearts of viewers. But just over a year later, the couple parted ways.

Watch: The top five Bachelor moments of all time. Post continues below.

Days after Christmas in 2016, Frost and Mielczarek confirmed their breakup after 18 months together.

"I respect Sam wholeheartedly and cherish our newfound friendship," Mielczarek said at the time. "It is important to stress that there is no bitterness or scandal however the distance has been challenging at times. This is a very difficult time for the two of us and to be honest I’m absolutely heartbroken!

"Sammy, I think you are absolutely amazing, beautiful in every way and I wish you all the best in the future."

Although the couple said they were remaining friends, Mielczarek told The Daily Telegraph in May 2017 that he had not spoken to Frost since the breakup, and that seemingly hasn't changed since.

Rather, they've both embarked on their respective lives, both separate from each other and the Bachelorette franchise alike - with neither appearing on spin-off show Bachelor in Paradise. Whilst Frost, 30, is now a successful actress on Channel Seven's Home and Away, Mielczarek has continued his career as a construction manager. He also has his own company, Fit Tradie.

Mielczarek lives on the South Coast in NSW, and recently shared photos of his finished renovations on his home in Bowral, which he reportedly bought while still with Frost in 2016.

Mielczarek is also an ambassador for Movember, and has spoken about how his mental health was affected after his breakup in 2016.

"I’m a blokey-bloke," he told The Daily Telegraph in 2017. "I suffered in silence and didn’t talk about it.

"I have had mental health struggles this year... Things all blew up because I wasn't talking to anyone about it.'

He continued: "There were times I couldn’t even get up to go and do things and it was starting to affect work, but now I am in a better place."

Now, the 35-year-old has shared he has a new girlfriend.

"Weekends away with this one," he captioned the selfie with his partner. "Can’t wait for many more to come."

Clearly, he likely won't be returning to our reality TV screens for another dating show anytime soon.