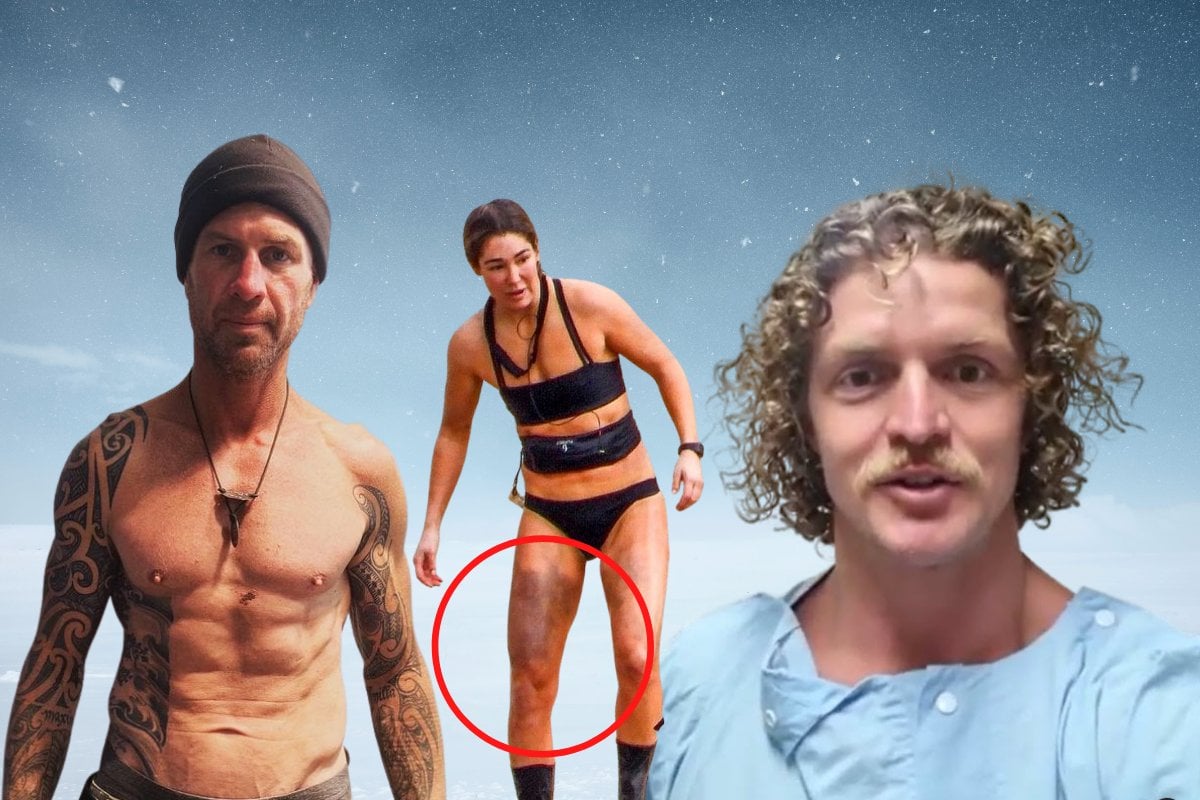 But the end of the course (and being yelled at by angry British men), didn't automatically mean the end to the physical and mental pain the celebrities were feeling.

Because uh, SAS Australia was RIDICULOUS.

After up to two weeks of pushing themselves to the absolute brink, SAS Australia took an enormous toll on the recruits.

Here is what we know about how they went after filming, and the injuries they'll still living with months on.

In early November, Erin McNaught told Mamamia's daily entertainment podcast The Spill about her experience during and after filming, and the long journey to getting past her experiences.

"Just before the very first episode of SAS Australia aired I was watching the teaser trailer that came out on Instagram," she explained.

"We were having people around to watch the first episode and I was just cleaning the house vehemently and then I paused and just collapsed on the bathroom floor.

"I was sobbing like a little child because up until that point I was just so immersed in what an incredible experience it was to film the show, that I suppressed a lot of the trauma I went through.

"When you’re watching it on TV you get transported back to those moments, feeling everything you felt at the time. "

Erin was also left with a number of physical injuries.

"Physically... I am getting there," she said.

"I have some pretty bad bulging discs in my neck, which are really s**tty and causing me a lot of pain. I also tore a ligament in my sternoclavicular joint, which is where your sternum meets your collar bone. And I tore my subscapularis which is one of your rotator cuff muscles. So one of my arms was pretty useless for six weeks.

Comedian Merrick Watts told Now To Love recovery after the show had been "very slow" and he still had some niggling injuries.

"I had two fractured ribs and impact damage on my back," he said.

"The thing that is unseen from a viewer's perspective is that we completely exhausted our bodies and actually changed the physiology of them because they've gone into a survival mode. We lost muscle and became very skinny... Another thing was the mental fog. We had it for a few weeks [post filming], I actually don't remember much from the first week or two."

In a social media video, Nick 'Honey Badger' Cummins told his followers he needed to "get a shoulder reconstruction due to the damages" after filming.

"I had a decision before going on there - my doctors and family were telling me not to take part in the series, in the selection process due to the health of my shoulder and the potential permanent damages if I was to go and attempt that,' Cummins said, adding he didn't regret doing the show.

Watts lost about six kilograms during his 14 days filming.

"What's interesting is I burnt off all my fat in the first six or seven days, then it just started eating away at all my muscle, that's why we all looked so gaunt and thin by the end of the show."

Two of the physically fittest SAS Australia celebrities also shared images of the brutal toll the experience put on their bodies.

Honey Badger, a former Wallabies rugby player, shared side-by-side images of himself before and after filming on Instagram.

"Went into SAS ready for battle, left SAS looking like a lollipop.

"Dropped 10kgs over 14 days. Food deprivation made the experience multiple times harder, especially when enduring the cold," he wrote.

He said at 74kgs, it was the lightest he'd ever weighed as an adult and he was five kilos lighter than he was at the beginning of filming.

"Being lean predisposed me to hypothermia, my body core temp had plunged to 34.0 degrees. The scariest part was having to go back into freezing water the next morning, the only time I was truly nervous on course," he wrote.

It actually turns out Shannan is lucky to be alive, as hypothermia can turn deadly very quickly.

"I was walking uphill, everything went a psychedelic green and then you just black out. I totally and utterly lost my memory - my body core temperature was at 34 degrees, and everyone knows you should be at 36.7 degrees," Shannan recalled to 7News, adding he'd lost the top of his fingertips to frostbite.

He had to be dressed in dry clothes by the DS and after returning to camp, had no memory of the challenge they'd been doing.

"The consequences of getting it wrong in the cold is totally unforgiving, you're looking at a survival situation, literally in minutes," instructor Mark 'Billy' Billingham said.

Channel 7 are already looking for recruits for season two and uh... it's a no from us.