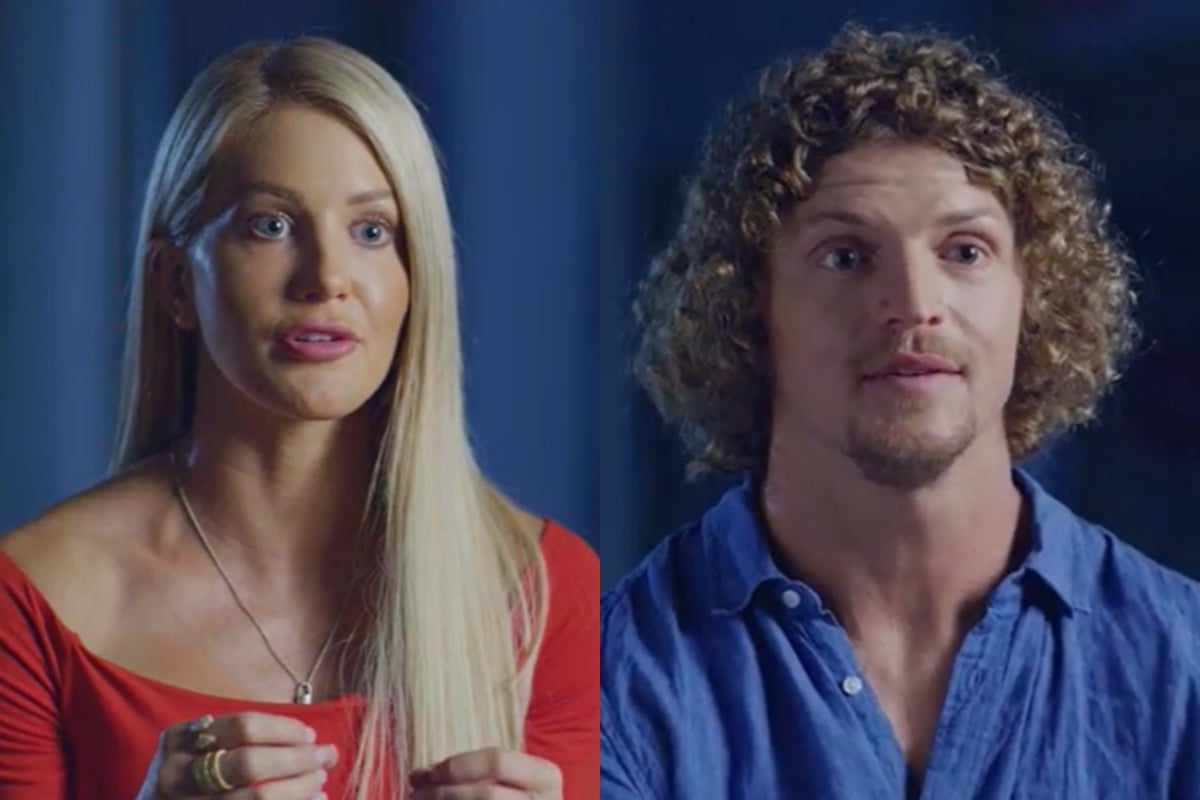 Forget your rose ceremonies, Bula banquets and mystery boxes, Channel Seven's gruelling new reality show is about to hit our screens. And it looks bloody intense.

SAS Australia, which kicks off tonight, sees 17 celebrities put to the test in a series of physical and psychological challenges plucked from the real SAS selection process.

Cut off from the outside world, the contestants will eat, sleep and train together in what looks like incredibly tough conditions. They'll also be subjected to extreme physical endurance, sleep deprivation, interrogation and psychological testing... sounds fun.

The contestants will be put through the course by an elite team of ex-Special Forces soldiers, including Chief Instructor Ant Middleton and his DS (Directing Staff) Mark 'Billy' Billingham, Jason 'Foxy' Fox and Ollie Ollerton from the UK version of the show.

Watch the trailer for SAS Australia. Post continues below.

Oh, and unlike most reality shows, there is no winner.

"SAS Australia is not a game. There is no winner; there is no prize. Most recruits will reach breaking point and withdraw. Who has what it takes to tough it out to the end?" the show's synopsis reads.

Ahead of the show's premiere, here's everything you need to know about SAS Australia.

After handing out roses on The Bachelorette in 2018, Ali Oetjen is joining SAS Australia to prove she's "more than just the reality TV star girl".

"I want to put myself into those fearful challenges cause that's how I'm going to grow into a stronger person. But the reality is, I don't know how strong I'm going to be doing this," she told Channel Seven.

Ali recently broke up with her Bachelorette winner Taite Radley in July this year.

Speaking of reality TV, Love Island fans will remember Eden Dally, who appeared on the show in 2018. The 28-year-old went on to have a child with Married At First Sight star Cyrell Paule in February this year.

"My driving force is really my son and the people that doubt me."

Glamour model Arabella Del Busso made headlines when she took footage of her ex-boyfriend and NRL player Josh Reynolds verbally abusing her to police.

Arabella was later accused of faking three pregnancies and miscarriages throughout their relationship. She also allegedly duped Josh out of money with lies, including the false death of her mother.

When Arabella was later asked whether she lied about the pregnancies in a 60 Minutes interview, she replied, "I'm denying those claims".

"I'm not this evil person that the media and people are portraying me as," Arabella told Channel Seven in a promo for the show.

"I'm going to take my resilience, my strength and everything that's happened into this experience."

Candice Warner is a former Ironwoman, who is married to Aussie cricket player David Warner.

"I'm doing this course to challenge myself. I've always been a competitive person but since having kids I haven't pushed myself to the limits that I used to. But also for my daughters to look up on TV and see their mum and kiss the screen like they kiss the screen when Daddy is playing cricket," she told Channel Seven.

Erin McNaught is a model, actor and mum of two who is best know for winning the title of Miss Universe Australia in 2006.

"I did this to show for all the mums/women who, at some point in their lives, have been held back by the fact that they weren’t born a man," Erin wrote on Instagram.

"I did it to show that anyone can do and be anything they want to - it’s about taking that first step and facing your fear of failure."

As one of the show's more controversial contestants, Schapelle Corby first made headlines in October 2004 when she was caught carrying 4.2kg of cannabis at Denpasar’s Ngurah Rai Airport after flying from Brisbane to Bali with her brother and two friends.

The 43-year-old convicted drug trafficker told Sunrise host Samantha Armytage that she decided to go on SAS Australia for herself.

"What do you say to people out there who are surprised you want to pursue a TV career?" asked Sam.

"Nothing. It’s all about my own self. I did this for myself,"  she replied.

Schapelle also told Perth Now that she wasn't going on the show to win over the public.

"I don't care what people think of me. I hope people enjoy it, but this is for me. I'm doing this so I know I'm in control of my mind," she told the publication in August.

Fans will recognises Firass Dirani for his roles in House Husbands and Underbelly. The 36-year-old actor told Channel Seven he joined SAS Australia to "tame my ego". "I want to explore a different side of myself. Is there something beyond me?"

"I also want to prove a lot of people wrong just for saying 'you're Shane Warne's son you got it easy, you've never done anything tough in your life.' This is the toughest thing I will ever do in my life," Jackson told Channel Seven.

Nick 'Honey Badger' Cummins is no stranger to reality TV. The 33-year-old former rugby union player became the first Bachelor in Australia's history to not choose a winner.

At the time, he flew his final two contestants – Brittany Hockley and Sophie Tieman – over to New Caledonia, dumped them both and then fled into the jungle. It was… a lot.

"I'm doing this selection course so I can prove to myself that I can handle what life's going to throw at me," Nick told Channel Seven.

PR Queen and entrepreneur Roxy Jacenko was one of the early contestants announced on SAS Australia.

But it seems the 40-year-old doesn't last long.

According to The Sydney Morning Herald, Roxy spent just half a day on set before leaving the show.

Speaking to The Daily Telegraph, Roxy said she left the show early because she was still recovering from injuries form a horse riding accident.

"It was very challenging for me. Having fractured my hip and pelvis six weeks before departure for filming was a disaster," she told the publication.

"As a retired athlete, I'm probably searching for drive and purpose. I'm expecting it to push me beyond any limits that I found before," James told Channel Seven.

Merrick Watts is a 46-year-old comedian and radio host.

"This is an opportunity to rebuild and to get back my strength, to get back my self-confidence, to become me again," he told Channel Seven of his decision to join the show.

Shannan Ponton is a familiar face on Aussie TV, having previously been a coach on The Biggest Loser.

"I don't know the last time I was pushed to my absolute limits," he told Channel Seven.

"That's what this is all about for me; Have I still got it? Did I ever have it?"

Shayna Jack is a 21-year-old swimming gold medallist who tested positive to the drug Ligandrol in July 2019, ahead of the FINA World Championships in South Korea. Shayna  ended up receiving a four-year ban from the sport from the Australian Sports Anti-Doping Authority (ASADA), which she is currently appealing.

"It is with great sadness and heartache that I had to leave due to allegations of having a prohibited substance in my system. I did NOT take this substance knowingly," she wrote on Instagram at the time.

Shayna told Channel Seven that she joined the show to "prove to the world that I do work hard and I don't take short cuts".

Sabrina Frederick is a 23-year-old AFLW star who joined the show to "prove that women can do this".

"I feel like my whole life is a constant fight. I'm a black woman in a same-sex relationship, working in a male-dominated sport," she told Channel Seven.

"I'm in this experience to prove that women can do this. I'm willing to show that a woman can get through selection and it's not because of pity, it's because she has earned the right to be."

Molly Taylor is a 32-year-old rally car champion and was the first female driver to win the Australian Rally Championship.

"I really want to do this course because I've always identified myself and who I am as a rally driver. And I really want to see what I'm capable of as Molly Taylor the person," she told Channel Seven.

Last but not least, we have 38-year-old cricket legend Mitchell Johnson.

"Why I'm doing this course is to see what sort of person I really am. To see what my limits actually are," he told Channel Seven.

"My goal is to finish this course. That's what I'm here for."