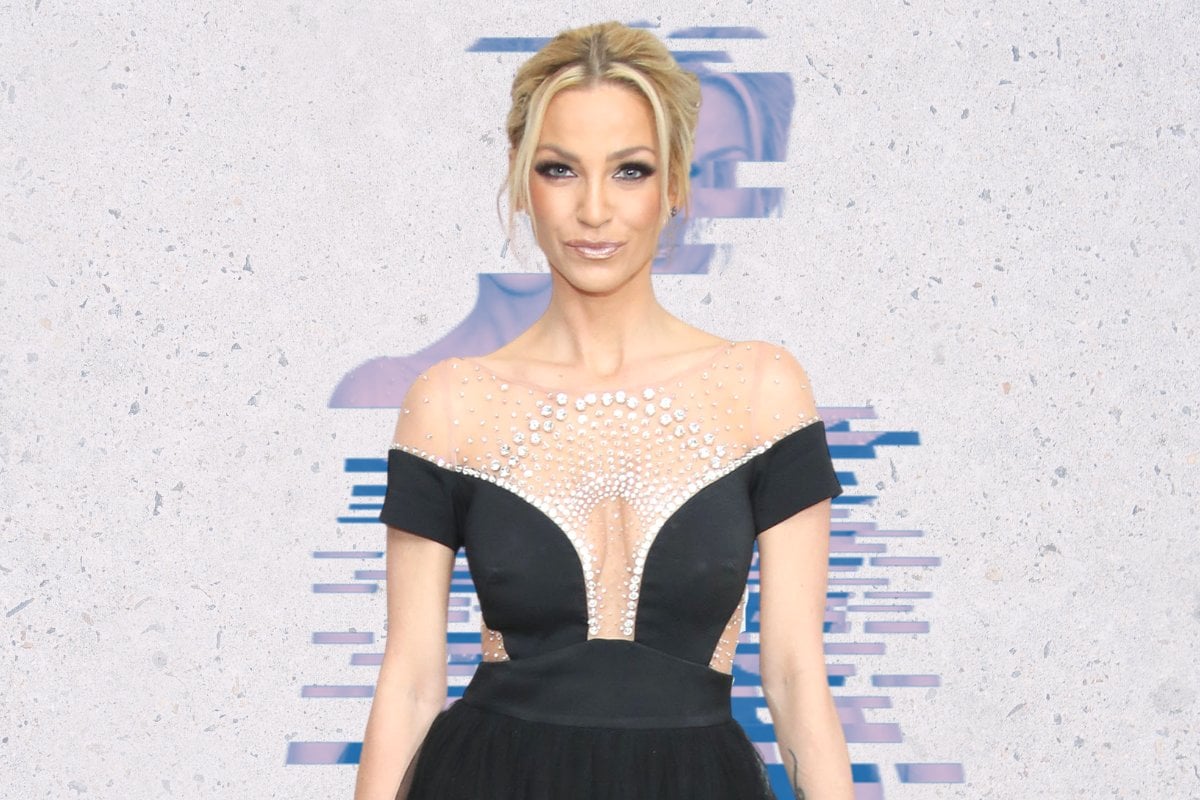 Sarah Harding began experiencing strange symptoms during the early stages of the coronavirus pandemic, but with the world quickly shutting down and weeks of uncertainty, she put off a trip to the doctor.

But when her pain increased to the point she was having trouble sleeping and her skin began to bruise, she knew she couldn't be in denial any longer.

She was diagnosed with breast cancer, aged 38.

Watch: How to check your breasts. Post continues below video.

Harding had spent most of the past two decades in the spotlight, becoming part of one of the UK's biggest ever girls groups, Girls Aloud.

She took part in ITV talent show Popstars: the Rivals, where she formed the group with four others: Cheryl Tweedy, Nadine Coyle, Nicola Roberts and Kimberley Walsh. They were immensely successful - their first single 'Sound of the Underground' became the UK's coveted Christmas number one in 2002. They went on to have 20 consecutive top 10 singles between 2002-2009.

The group took a three-year hiatus in 2009 and disbanded in in 2013, but each of the members maintained their profile with various projects.

Harding began an acting career, released a solo album and toured the UK in musicals. In 2017, she won the 20th series of Celebrity Big Brother. 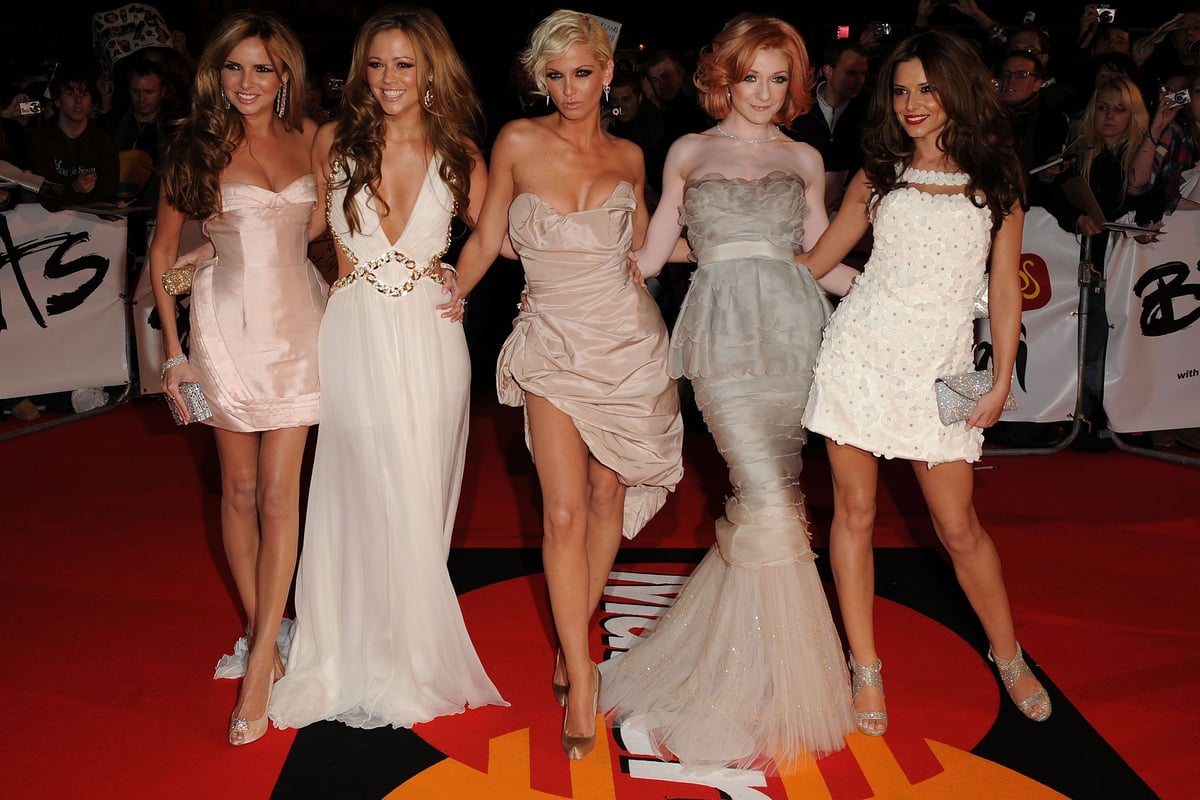 She was no stranger to the public being interested in her life, but Harding was adamant she wanted to keep her cancer diagnosis private, until realising she could potentially help others if she talked about it.

She finally shared the news in late August, on social media.

"Earlier this year, I was diagnosed with breast cancer and a couple of weeks ago I received the devastating news that the cancer has advanced to other parts of my body," she wrote.

"I'm currently undergoing weekly chemotherapy sessions and I am fighting as hard as I possibly can... My amazing mum, family and close friends are helping me through this, and I want to say a thank you to the wonderful NHS doctors and nurses who have been and continue to be heroes."

She said she was doing her best to remain positive and asked for privacy before she came forward herself in March 2021 to share her story.

Harding, now 39, is releasing her autobiography, Hear Me Out, on March 18. She said it gave her something "positive" to focus on throughout hospital trips and treatments.

"I'm so excited for it to come out: I can't rewrite history; all I can do is be honest and wear my heart on my sleeve. It's really the only way I know. I want to show people the real me. Or perhaps remind them," she said on Instagram.

"Because, somewhere - amongst the nightclubs, the frocks and hairdos, the big chart hits, and the glamour of being a popstar - the other Sarah Harding got utterly lost. She's the one who's been forgotten. And all I want is for you to hear her out."

Excerpts have appeared in The Times, in which she said she hoped coming forward would encourage other people to not ignore potential signs of cancer.

"At first I thought it was just a cyst. I'd been playing my guitar a lot, and I thought the strap had probably irritated an area around my breast," she said.

"One day I woke up realising that I'd been in denial. Yes, there was a lockdown, yes, there was a pandemic, but it was almost as if I'd been using that as an excuse not to face up to the fact that something was very wrong...

"I was a mess when they told me it was breast cancer – like anyone would be. Being faced with your own mortality is not something you consider, but that's how that moment felt for me. I just remember thinking: well, that's it, game over."

Following her diagnosis, Harding said she nearly died of sepsis and had to be placed in a coma for two weeks.

"When I was first brought out of it, I didn't wake up," she explained.

"That was a worry for a while. I eventually came round and stayed in intensive care for a further two weeks. Even once I was off the ventilator, I couldn't speak properly. All I could do was make noises that sounded like a chimpanzee trying to communicate."

She had since had a mastectomy and chemotherapy, but in a published extract of the book, she shared how doctors told her in December that Christmas 2020 would most likely be her last.

Cancer has now spread to her spine and could also be in her brain, and Harding is being cared for by her mother.

She does not want to go through radiotherapy, writing in her book how she didn't think losing her hair was worth it when the treatment was unlikely to make a big difference to her prospects.

She said she wanted to throw "a great big f*** off party" to say thank you and goodbye to her friends, and just try to enjoy what's left of her life the best she can.

"I'm trying to live and enjoy every second of my life, however long it might be.

"I am having a glass of wine or two during all this, because it helps me relax. I'm sure some people might think that's not a great idea, but I want to try to enjoy myself.

"I'm at a stage now where I don't know how many months I have left. Who knows, maybe I'll surprise everyone, but that's how I'm looking at things."