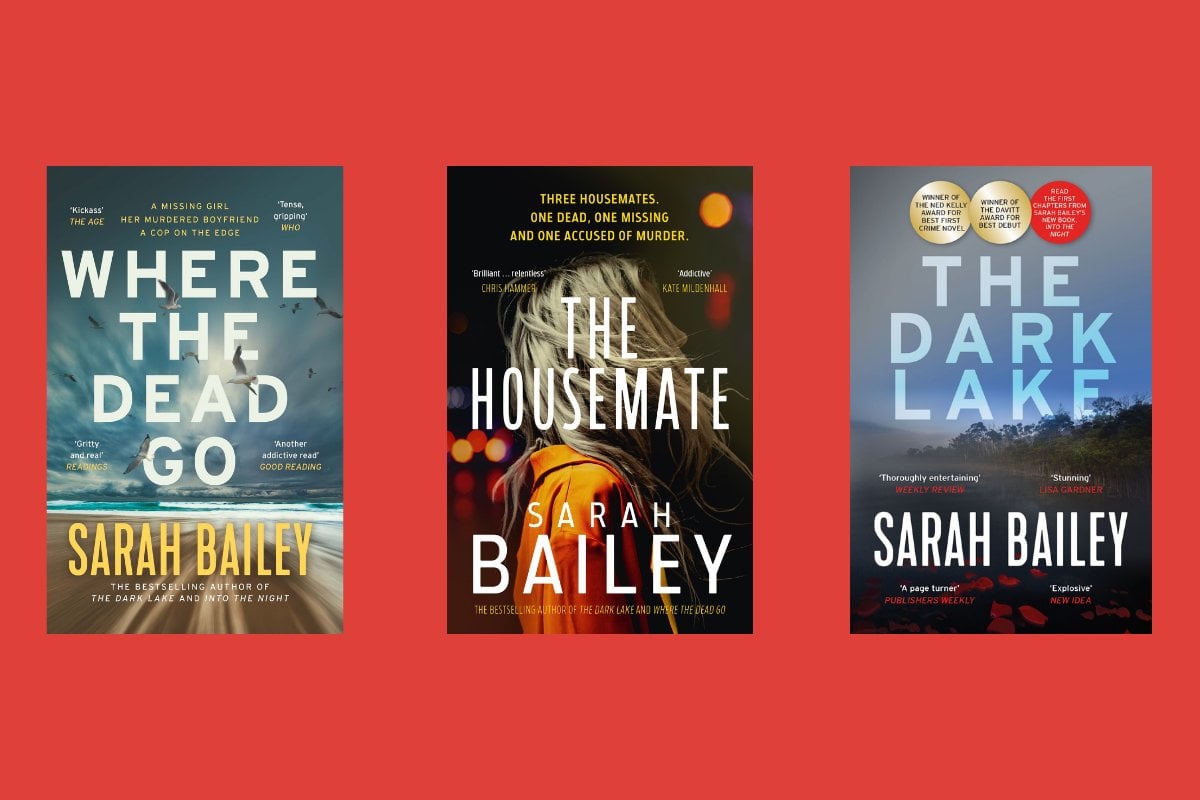 When Sarah Bailey was 33, she set herself a goal. She decided she wanted to have her first book published before she turned 35.

Her debut novel, The Dark Lake, was published the day after her 35th birthday.

She's since written three more books all before turning 40, and while working full time and being a single mother to two kids.

It wasn't a lightning bolt moment that made Sarah finally open her laptop and start writing. Instead, she spent years thinking about writing a book and attempting to write a book, before she decided that if she really wanted it bad enough, she just had to do it.

"I remember I sat myself down one weekend. And I was like, right, this is a good idea. You have a good idea. No excuses," she told Mamamia.

"I think it's more about the mental switch that once you decide you really want to do something, it's not about finding extra time. It's just about using time, in a different way."

Listen: How Jane Harper wrote The Dry. Post continues below.

Sarah had written a collection of short stories, which got her into the habit of writing regularly and meeting her own set deadlines. So she decided to tackle the book in the same way.

"I thought if I can turn it into a bit of a goal and I can break it down into sort of manageable chunks, that's surely going to be better than just looking at this giant, looming task of writing a book," she explained.

Sarah set herself a goal of writing 10,000 words every two to three weeks, which led her to reach her goal of 90,000 words pretty quickly.

She then redrafted the story and sent it to an agent. It took her about 10 months, from the moment she started writing until she submitted it to an agent.

The agent had a lot of feedback for Sarah and this part of the process meant another big edit.

After that, the agent sent the book to five different publishers, and they went with Allen & Unwin.

That book, The Dark Lake, follows the story of Detective Sergeant Gemma Woodstock who is assigned to investigate the murder of a local schoolteacher whose body was found in a lake in a small town. Gemma and the victim have a complicated history and as the investigation continues, more and more secrets threaten to come to the surface.

Sarah told Mamamia the idea for the book just started with the basic premise.

"What if a high school teacher in a small town was was killed? And then the cop that's assigned to, you know, investigate the murder used to go to school with her? Yeah, and what might kind of happen as a result of those two things, crashing together," she explained.

Gemma Woodstock's story continued in Sarah's next two books, Into The Night and Where The Dead Go. 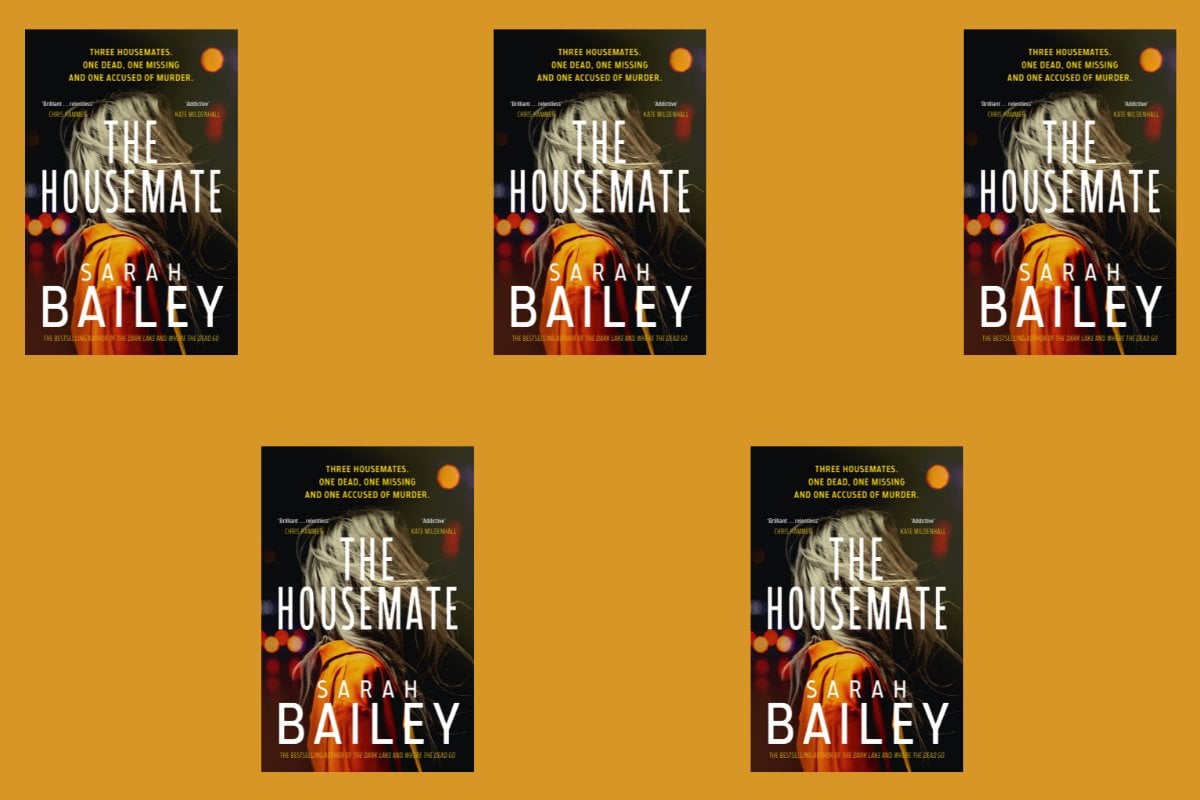 Sarah's fourth book, The Housemate, comes out in Australia on Tuesday, August 31.

It follows the story of Melbourne crime reporter Olive Groves, who was one of the first reporters on the scene of the infamous 'Housemate Homicide' in the early 2000s, which left one housemate dead, one missing and one charged with murder.

When the missing housemate turns up dead almost a decade later, Olive is once again covering the case and is about to find out the truth is closer to home than she thought.

That book too began with a basic premise.

"I had an idea I'd been playing around with for a while just like a dinner party kind of gone wrong," Sarah explained.

"I mean, it sounds really simplistic, but start it," she said.

Sarah Bailey is a Melbourne-based writer with a background in advertising and communications. She has two young children and is currently the Managing Partner of advertising agency VMLY&R in Melbourne. Her internationally award-winning Gemma Woodstock trilogy includes The Dark Lake, published in 2017 and winner of the Ned Kelly Award for Best First Fiction and the Davitt Award for Best Debut, followed by Into the Night in 2018, and Where the Dead Go in 2019. Sarah's fourth book, The Housemate, is available from Booktopia and all good bookstores from Tuesday, August 31. You can follow  Sarah on Instagram here.