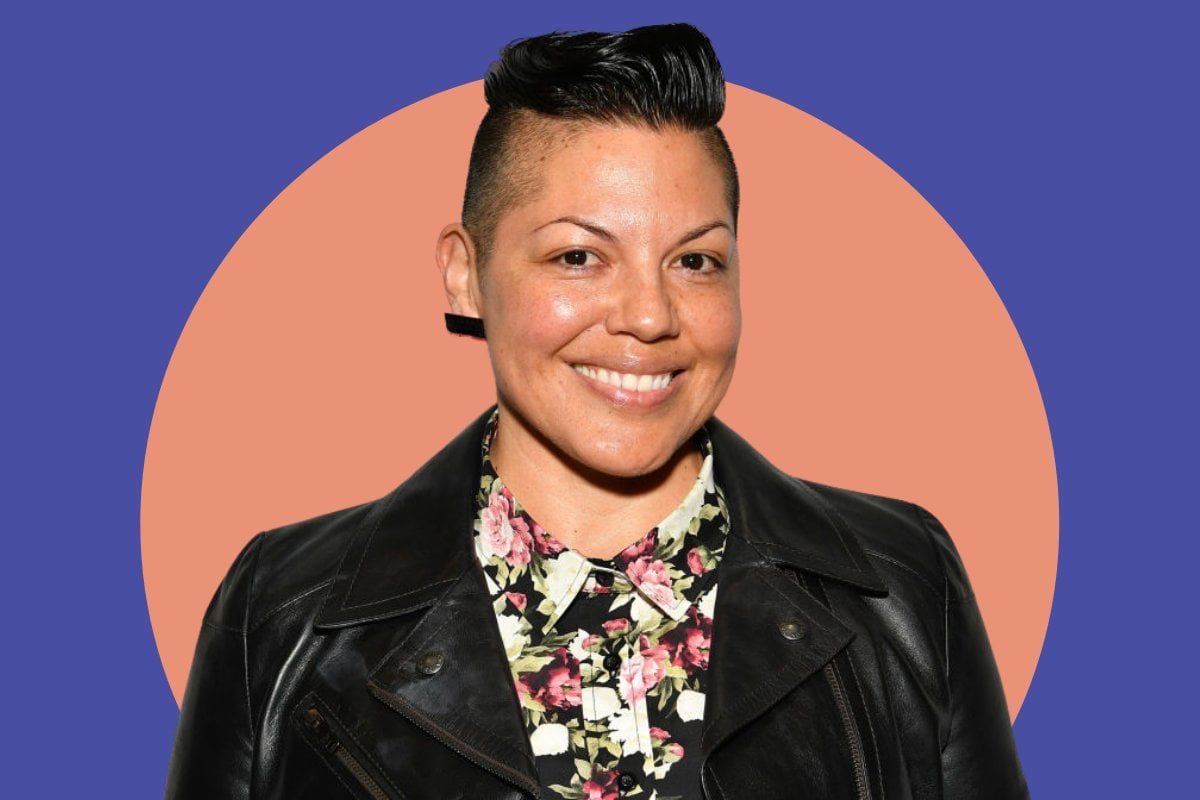 Sara Ramirez is a trailblazer. As the bisexual Dr Callie Torres on Grey’s Anatomy, they hold the record as the longest-running LGBTQIA+ character on US TV.

And, as the non-binary, queer stand-up comedian Che Diaz on And Just Like That.., they’ve sparked off all sorts of conversations.

But it wasn’t until 2016 that Ramirez felt ready to come out publicly, and it was a devastating tragedy that spurred them into doing it.

Ramirez grew up feeling like they “stuck out”. They moved from Mexico to California at the age of eight, after their parents divorced. They went through a culture shock, and had the “stigma” of an accent.

“I heard my share of ‘Do you have a green card?’ jokes,” Ramirez told Glamour. “On top of all that, I was a lot taller and bigger-boned than most girls my age.”

Ramirez was also dealing with being non-binary but not having the language to name it.

"I grew up under these conditions where I had to wear my hair a certain way or dress a certain way, things that felt really rigid and not right for my body," they told People.

In high school, Ramirez’s teachers heard them sing. At that point, their life changed.

“I got cast in my first musical and was suddenly catapulted into this place where I was getting a lot of attention, admiration and praise.”

Ramirez won a spot at the prestigious Juilliard School in New York. At the school, they went through some “intense explorations” of their sexual orientation, and started coming out to family and close friends from the age of 18.

Before they’d even graduated, they were offered a role on Broadway.

More Broadway roles followed, as well as small parts in movies such as You’ve Got Mail and TV shows like Law & Order: Special Victims Unit.

After winning a Tony for their role in Spamalot, they were offered a role on any series they wanted on the US network ABC. As a fan of Grey’s Anatomy, that was the one they chose.

“As a Latin person, I was really proud to see the ethnic people on the show,” they told New York magazine.

Ramirez was introduced on Grey’s in 2006 as orthopaedic surgeon Callie, a girlfriend for George (T.R. Knight).

They told New York that they and America Ferrera from Ugly Betty had talked about how “cool” it was to represent women who weren’t “stick thin”.

“I know my boyfriend loves to have something to hold onto,” they said. “There’s a lot of men out there who do.”

Ramirez told The Hollywood Reporter that it wasn’t until their second season on the show that they suggested to Grey’s creator, Shonda Rhimes, that they investigate Callie’s sexual orientation “to be bisexual, to be pansexual, to be queer”.

Although they didn’t want to come out publicly as “bi and pan and queer” themself, worried that it would affect their career “in a negative way”, they wanted to do what they could for representation.

“I felt a lot more fear around how Hollywood would perceive me,” they said. “Sometimes our own community can be really terrible to bisexual people.”

In 2011, when Ramirez and their boyfriend, business analyst Ryan DeBolt, were on holidays in Paris, he got down on one knee and proposed. They married the following year, in a small private ceremony.

In June 2016, news broke of a mass killing in Orlando, Florida. A 29-year-old man had gone to Pulse, a gay nightclub, and shot at people, killing 49 and wounding more than 50 others. Because it was the club’s “Latin night”, nearly all the victims were from a Hispanic background. It hit Ramirez hard.

For years, Ramirez had been hearing about violence against LGBTQIA+ people. After the nightclub shooting, they felt a growing “urgency” to do something, using their profile to empower people from the communities they’re from.

They decided to come out publicly.

But first, they wanted to tell everyone in their personal life who didn’t yet know. So they hosted a movie night at their house, then during a movie, hit pause and “shared my truth” with the room.

“The reaction went something like, ‘Huh. Cool. Can we get back to the movie now?’” Ramirez told People with a laugh. “And I was like, ‘Really? Okay, because I blocked out four hours to talk about this. You really don’t wanna… Okay. No Kleenex? Nobody needs Kleenex. Everybody’s fine. Okay, great. And… play.’”

In October, 2016, four months after the shooting, Ramirez came out at a seminar for homeless LGBT youth, giving a speech where they described themself as “woman, multi-racial woman, woman of colour, queer, bisexual, Mexican-Irish American, immigrant, and raised by families heavily rooted in Catholicism on both my Mexican and Irish sides”.

Ramirez said coming out publicly gave them “a sense of relief”. Four years later, they came out on Instagram as non-binary.

"In me is the capacity to be Girlish boy Boyish girl Boyish boy Girlish girl," they wrote.

After Grey’s, Ramirez went on to play Kat Sandoval on Madam Secretary, a character who identifies as queer. They had a big say in the creation of the character.

“For Madam Secretary, it was, ‘This is what the character is gonna look like, this is their haircut, they’re gonna have minimal makeup. They’re gonna dress masculine of center, primarily in suits and ties,’” they told Glamour. “And CBS said, ‘Okay.’”

Last year, they announced their split from their husband DeBolt on Instagram, saying they “remain loving and supportive in how we are choosing to forge our new individual paths”.

As for the role in And Just Like That…, that was written for Ramirez. Executive producer Michael Patrick King told them that if they didn’t take the role, they would go in a “different direction entirely”. But there was never any chance they would say no, having been a huge fan of the original Sex And The City and having dreamt about guest-starring on it.

“It’s been such a joy to come into a universe that I was a fan of before, in an entirely new way, in a way that actually inspires some of the characters to evolve and grow and question themselves. That is very exciting to me.”