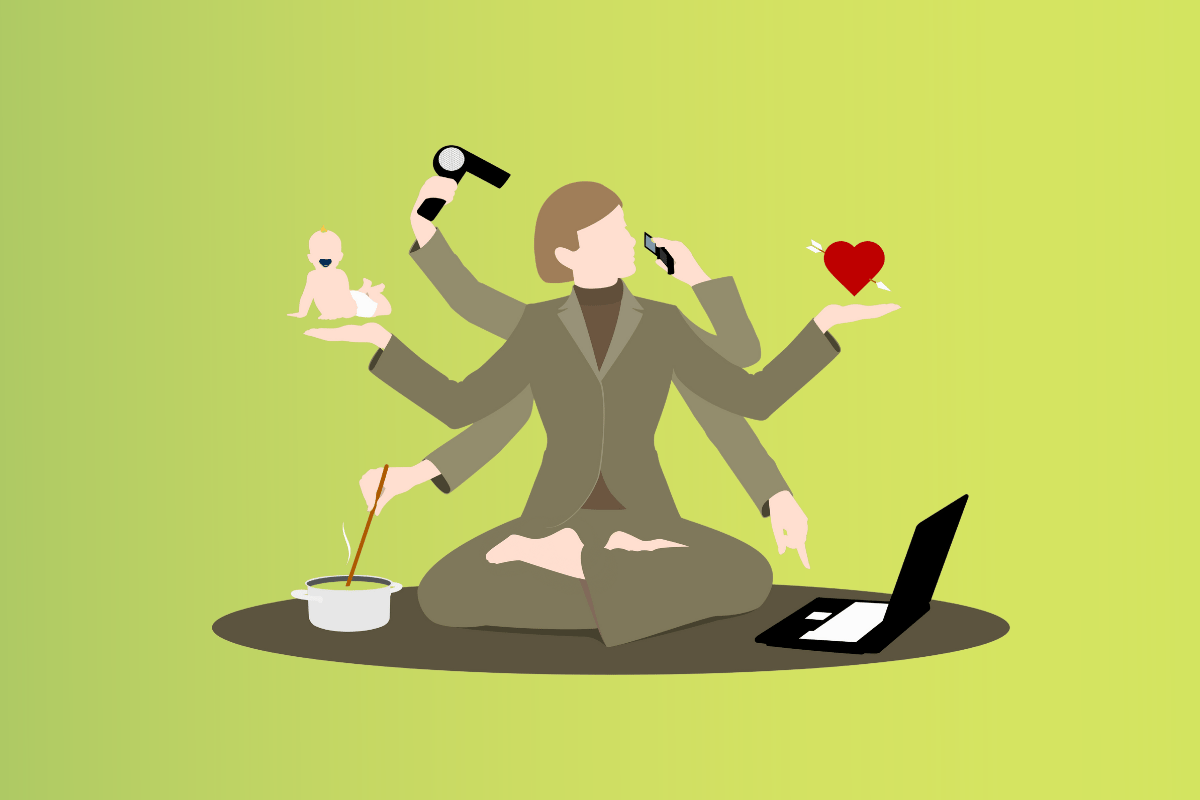 As a mum to two girls, a teen and a pre-teen, I’ve grown well-versed in the continual ways my identity is splintered and my performance as a mother is assessed: by my family, my community, my colleagues and my culture.

I’ve tried on lots of different hats over the past 13 years: breastfeeding mum, bottle-feeding mum, co-sleeping mum, cry-it-out mum, bake-sale mum, P&C mum, soccer mum, home-schooling mum, working mum, and so on – but the one I wear most frequently is exhausted mum.

I’m not just frazzled from everyone else’s expectations, but from my inevitable internalisation of them, which means I never (at least by my own assessment) reach the fictional finish line of 'successful mum'.

I’ve had countless conversations about mothering with my mum friends. Sometimes these are joyous, as we share in our children’s growth and achievements; but rarely do we bask in our own successes.

As a collective, we constantly worry over the many ways we are failing these dependent humans who look to us 24/7 for love and guidance; but we don’t talk about how we have been set up by western culture.

Instead, we struggle with the demands of work and home, and blame ourselves for not meeting the mothering standards doled out by media articles, discussion forums and casual conversations.

We feel helpless against the surge of social media, but we know our children are watching us, and we always could and should do better.

So, we work around rigid childcare, workplace and government systems that would rather lengthen school hours than allow a mother to leave early to pick up her children; who provide no rebate for sick or absent children even if a mother’s salary barely covers childcare in the first place. We are too busy to complain; too tired to push for change.

But now, a culture close to ours has stripped away women’s fundamental bodily autonomy, deeming a mother’s life as 'worth less', and denying a woman’s right to determine her own future.

In response, no matter how tired we are, the many women and mothers who object to this must rally again to take care of each other and make their voices heard.

(Although, let’s face it, mothers are well-versed in being at the end of our tether, only to be asked to give just a little bit more.)

Until I started my PhD research, I blamed myself for most of my perceived mum-failings. However, an emerging genre of fiction ultimately led me to new depths of understanding around the many invisible and misunderstood concepts of mothers and mothering.

My curiosity around fictional representations of mothers developed alongside the popularity of a new breed of YA dystopias: books like The Hunger Games (Suzanne Collins), Divergent (Veronica Roth), and Matched (Ally Condie).

As I read these stories, I noticed that the impressive young female heroines rarely had a healthy relationship with their mothers. Instead, mother and daughter were all too often apart, whether by enforced separation or character choices and plot dynamics.

I decided to go down the rabbit hole, won a scholarship at Curtin University, and began looking into whether this was just a surface trope that gave adolescent girls the space to be empowered, or whether it signified deeper, more troubling cultural beliefs around mothers' abilities to be positive and effective role models in their daughters' lives.

Listen to This Glorious Mess, a weekly look at parenting as it truly is: confusing, exhausting, inspiring, funny, and full of surprises. Post continues after audio.

Thanks to a wealth of academics – mostly female researchers I’d never heard of until I started this adventure – I have come to realise that there is more behind the absenting of maternal figures than I could ever have imagined.

During my studies I began to appreciate the difficulties of feminist theories that are unable to successfully extricate definitions of empowered women from the fact that many women bear and raise children, and therefore their biological and nurturing roles are inexorably tied to their identity.

I considered the problems of defining mothers' experiences in language largely constructed by men. I came to look upon the casually accepted and inevitable emotional distancing between mothers and daughters during adolescence as a dangerous, hidden construction of patriarchal western culture, which serves to distance different generations of women and ensures they mistrust one another’s advice and experiences.

And in fiction, I repeatedly witnessed young adult heroines with absent mothers who had such great longing for maternal presence and/or comfort that the mothers hovered spectrally across the pages that so often failed to mention them. The mystical, self-sacrificing mothers of these daughters' dreams, I might add, differed greatly from imperfect flesh and bone reality.

In other words, fictional daughters usually want mothers to take care of them: they are far less likely to wonder who their mothers really are – or why they can’t live up to anyone’s expectations.

As a culture, we have to do more to address these many myths of motherhood – and alleviate personal anxieties by recognising the problems as structural and societal in origin.

As well as raising our voices, we also need to amplify the decades of work that already exposes the nefarious systems working against us: from women thinkers such as Sara Ruddick, Andrea O’Reilly, and bell hooks.

We must support one another now, because in light of the collapse of Roe v Wade, there has never been a greater need to commit to the work of dismantling the narratives that silently surround us, keeping women disempowered, and mothers invisible. 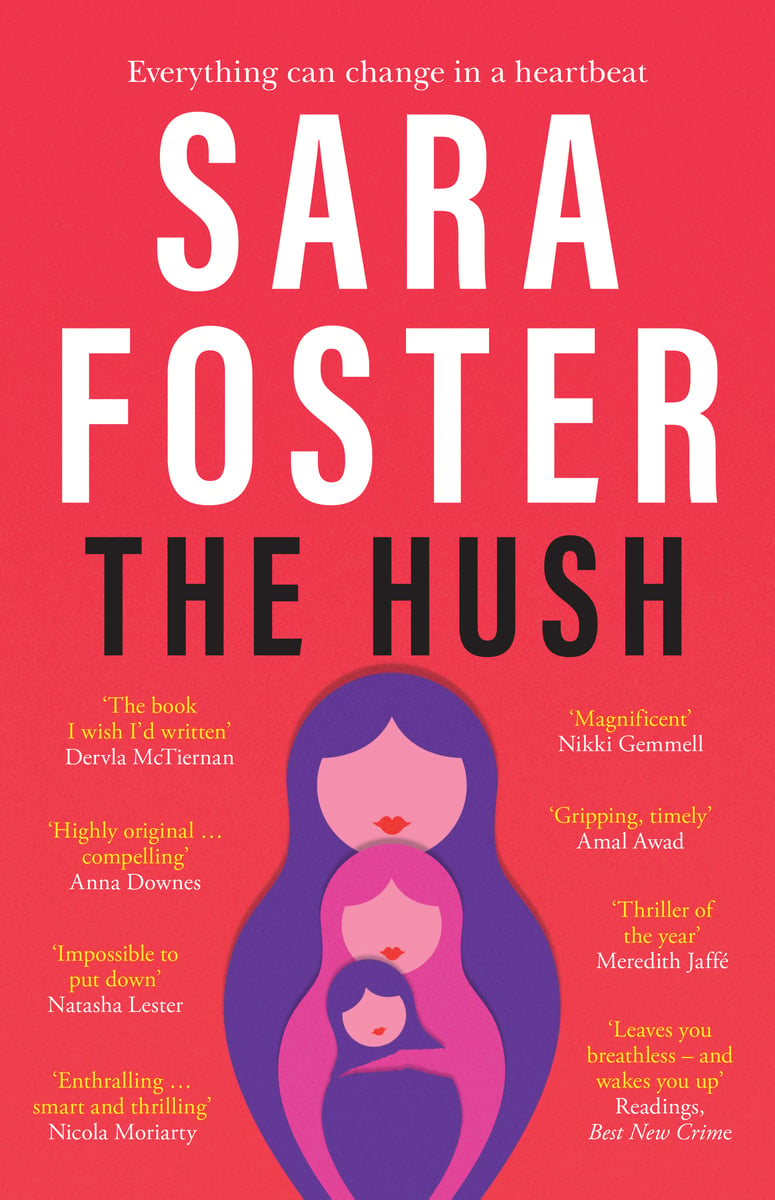 Sara Foster has written seven novels. Her latest work, near-future thriller The Hush (HarperCollins Australia and Blackstone Publishing), was written as part of her PhD project on missing mothers in dystopian fiction with young adult heroines.