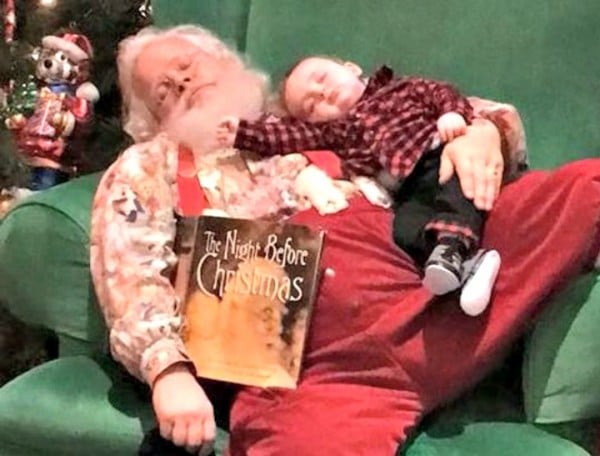 Most parents know that the annual photo of the kids visiting Santa can easily go very, very wrong.

But when one little boy fell asleep while waiting to meet Father Christmas, the resulting photo was adorable.

When it was the little boy’s turn to have his photo taken, Santa told his parents not to wake him up.

Instead, the boy was placed on Santa while still asleep, and then Santa himself pretended to doze off.

The photo has of course gone viral, attracting hundreds of thousands of views and comments since being posted on Reddit.

If only every Santa photo ended up this sweet...

Did your kids ever throw a tantrum while meeting Santa?

TAP on the image below and scroll through the gallery to see more disastrous Santa photos.