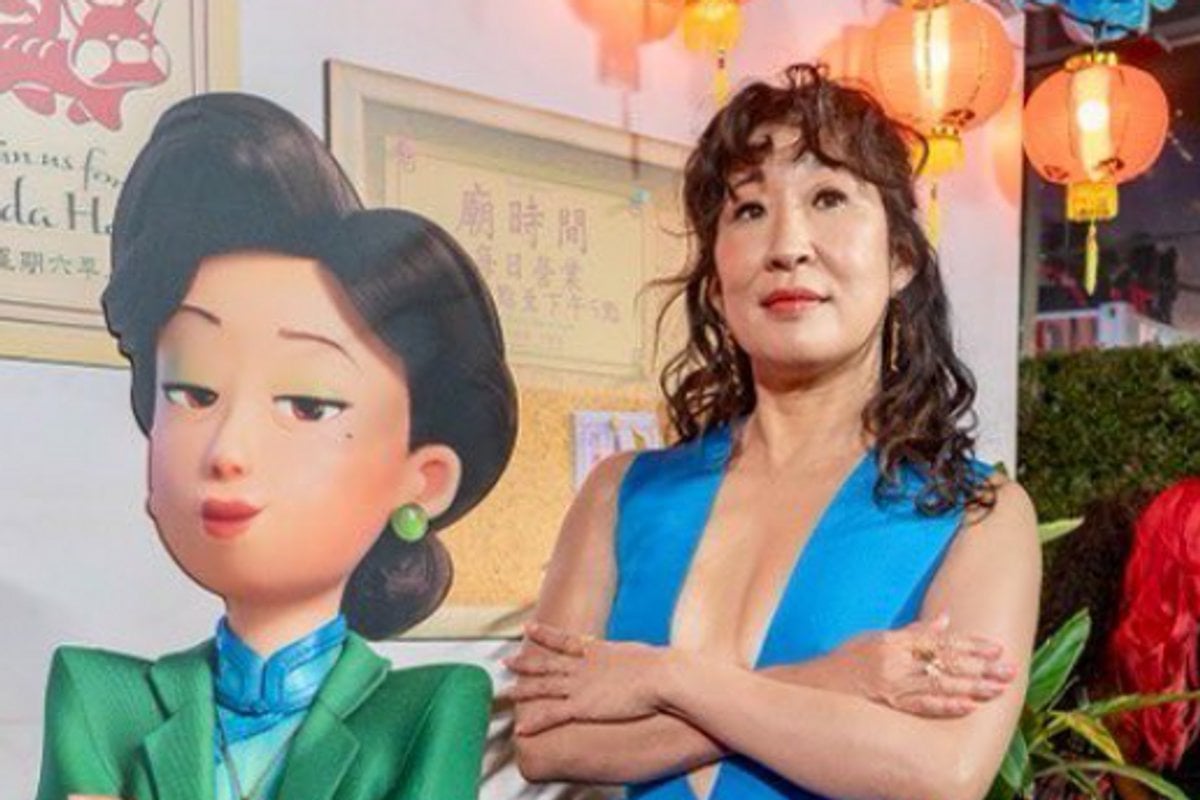 Lending her voice to Disney-Pixar's newest animation Turning Red was a no-brainer for Killing Eve and The Chair actor Sandra Oh.

Not only did she want to work with the creative team, including Chinese-Canadian director and writer Domee Shi and co-writer Julia Cho (an award-winning playwright who Oh has worked with before), there is also the setting for the film: Toronto, Canada. As a Korean-Canadian, Oh jumped at the chance.

"So many things drew me to this role," the actor tells Mamamia over Zoom. "But it was also the subject matter, the relationship between a young woman and her mother, talking about the inner life of a girl... that's what I was interested in."

Watch the trailer for Turning Red. Post continues below.

Turning Red is set in 2002 in Toronto and follows the story of Meilin "Mei" Lee, a spirited and nerdy Chinese-Canadian 13-year-old who one day turns into a red panda. Oh voices her mother Ming Lee, a businesswoman who can be a little... overbearing?

"Hypervigilant and loving," Oh says with a laugh. "To put it in a very positive and true terms. The legacy of the relationship with mothers and daughters is very, very deep and very complex. And I think to honour that in the way of like, here we are, Mei wants to make her own decisions. And what that means is that she will find her own new traditions by accepting certain parts of herself. The way that she accepts her inner panda; I'm so proud of Mei, you know?" 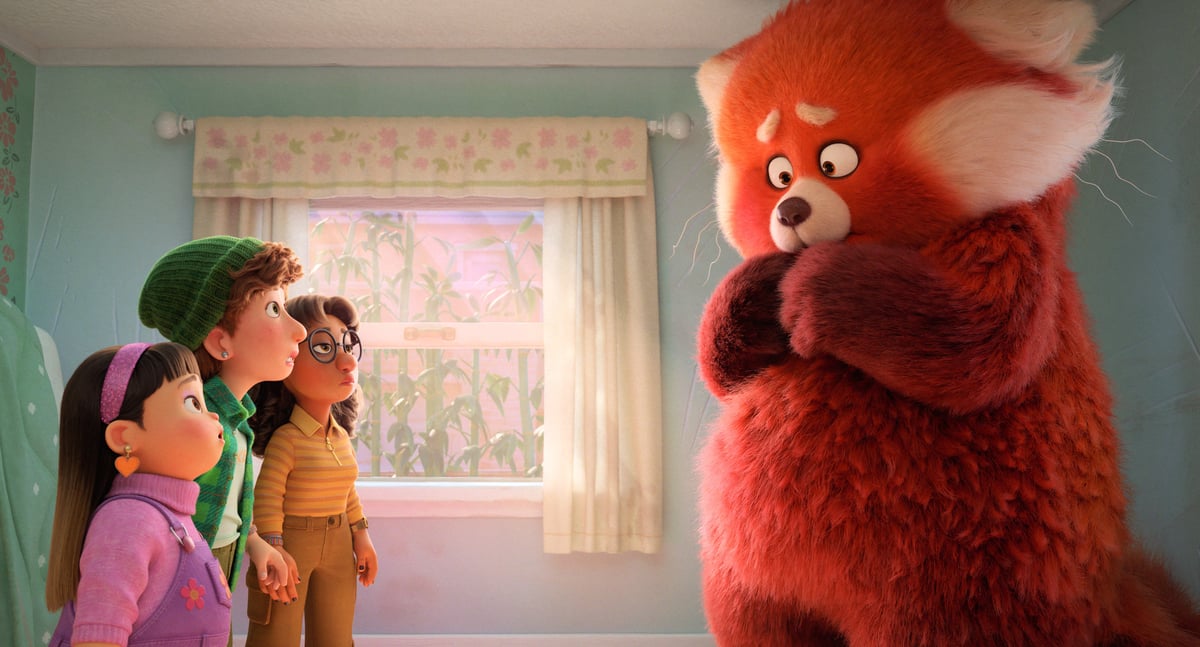 Sitting beside Oh on the Zoom call is 16-year-old newcomer Rosalie Chiang, who voices the lead Meilin. Chiang started voicing Meilin when she was just 12. "When I first booked [the role], it was for scratch. Scratch recording means they haven't really figured out the plot, the design, and the characters yet," Chiang tells Mamamia. "They just needed a voice to animate off of. I'm pretty sure they took a little something from me into Mei! But then after the scratch recording, two years into it... Domee said, 'We love your voice; would you please be Mei?'"

Oh laughs as Chiang reveals her friends found out via Instagram that she was the voice of Meilin. "Oh my god, kids today," Oh says. "'How'd you find out about this?' Instagram!"

The film neatly intertwines traditional and modern life as Meilin learns more about her ancestral side while also obsessing over popular boy-band 4Town - which inexplicably has five members. "Everyone has their own culture. So everyone has to kind of blend that with their home life, wherever or whatever country you live in," Chiang says. "Both my parents are immigrants from: my dad's Singaporean and my mom's Taiwanese. And they kind of went through that as well."

Music is a big part of Turning Red. "During this time of life when a young person is going into teenage-ness or teenage-hood, music is so important," Oh says. "The way you relate to music and what music brings to you is really important, as well as friendship. And in the film, you see Mei starting to value that in her life and how that's kind of in some ways breaking her away from the relationship with her mother or the traditional pathway that her mother has. But it's necessary. It's such a great thing about growing."

Both Oh's and Chiang's real-life music tastes differ somewhat from 13-year-old Meilin. Chiang admits she is a big K-pop fan. "Literally any K-pop group I'm happy with. There's Twice, Red Velvet, Black Pink, STAYC, Dreamcatcher, Girl Generation... for boy bands its Seventeen, BTS, MCT... I can go on and on."

As for Oh? "I came of age during a time in Canada where Britpop was very, very popular," she says. "So honestly in my time there wasn't really boy bands. The closest thing could be... when I was in junior high it was Duran Duran!" 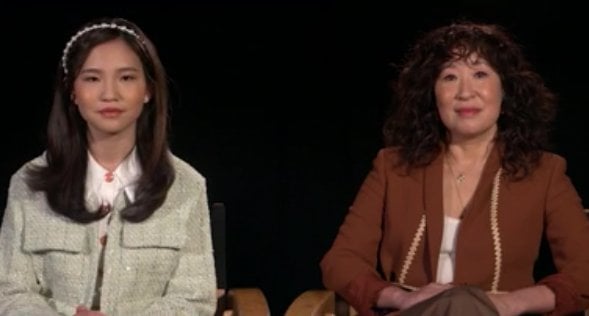 Like many fantastical elements of stories, turning into the red panda is meant to be a metaphor. For Chiang, who of course voices the panda too, the panda embodies change and messiness.

"I literally came of age from 12 to 16 recording this film. There were times where Mei turned into a panda and I was like, 'Wow, this is similar in certain ways'. I certainly didn't enjoy the process. I told my mum, like, I just wanted to stop. But there's nothing you can do. It's something that everyone goes through. It's inevitable but I don't think it's necessarily a bad thing that you should avoid. You should embrace it."

Disney and Pixar’s Turning Red is streaming exclusively on Disney+ from March 11.