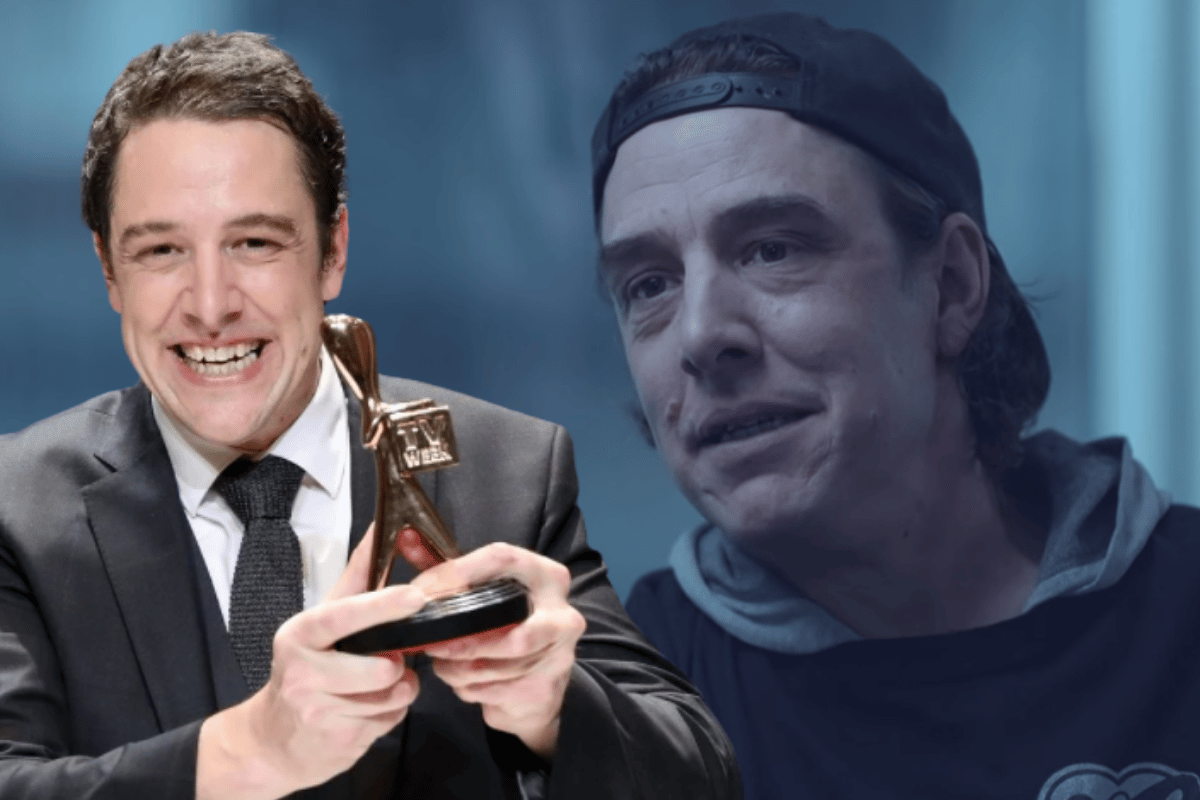 TW: This post contains details of a car crash, which may be triggering to some readers.

When Eden star Samuel Johnson woke up in hospital earlier this year, he had no memory of being hit by a car weeks before.

The 43-year-old Gold Logie actor and cancer fundraiser was on his way to visit family on a Saturday night in June, when he was involved in an accident which saw him suffer injuries to his head.

Speaking about the accident on The Project on Monday night, Johnson said he "wasn't expected to survive".

"I pulled into a slip road and went and had a wee and woke up a couple of weeks later," he told Pete Helliar.

"I wasn't expected to survive. I nearly died. My face was really a mess, basically, my whole right side was cactus. I inhaled glass." 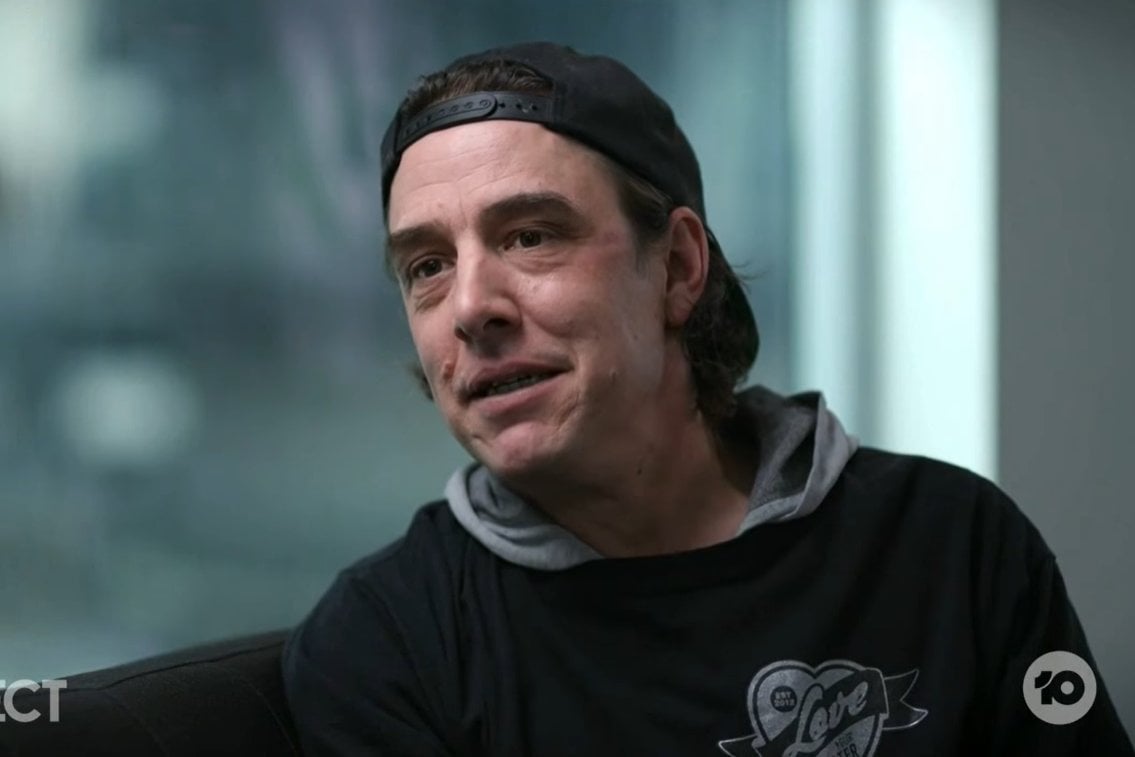 Johnson, who spent weeks in hospital, went on to explain just how serious his injuries were.

"I got hit between 40 and 50km/h by a small white vehicle. I broke my skull, I fractured my upper neck, and luckily my face bore the brunt of the impact, so my face saved my brain from a lot of the damage."

"Basically, I got hit fairly badly and by the time they got me to hospital, they rushed me into ICU, I tanked, and I had two loved ones with me, I was told later, that were put into the death room - the one with the fridge and the couch where you are private and you are able to be told the bad news."

The actor credits his girlfriend, Emma Rooke, for saving his life and making sure help got to him. 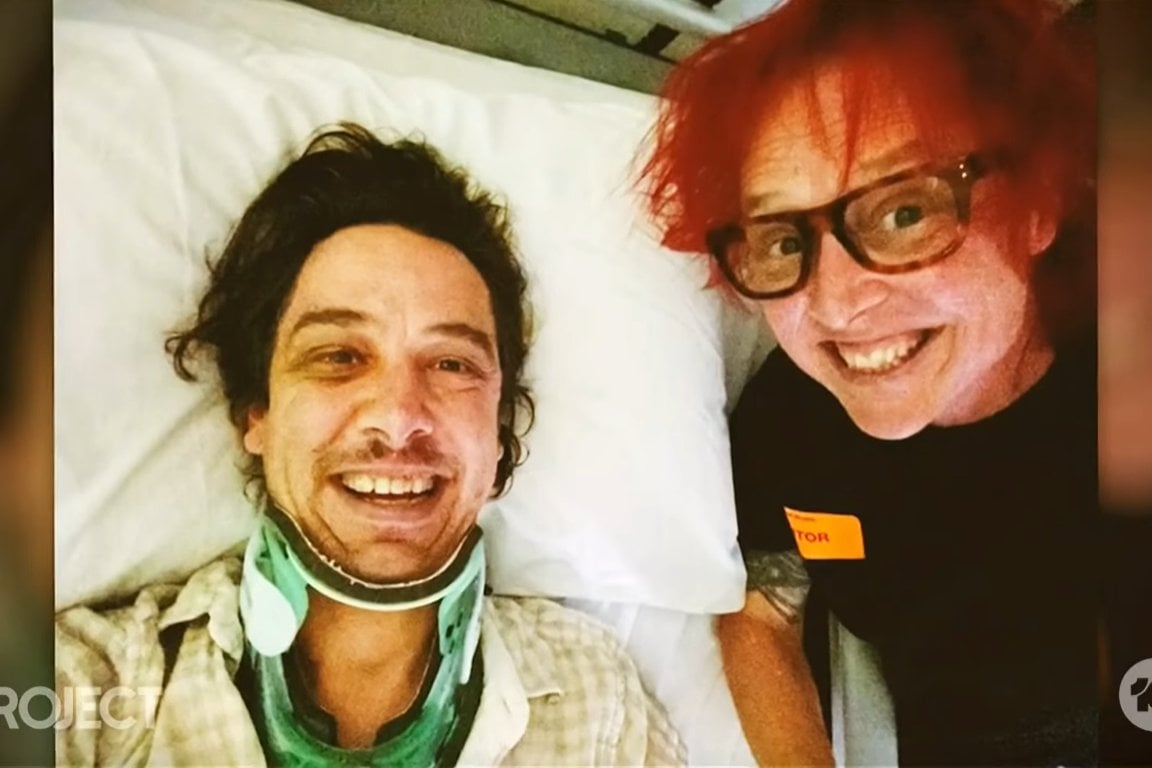 When he woke up in hospital, he had no memory of what happened, having suffered from traumatic amnesia. He also shared a photo of himself from the night which he also doesn't remember being taken.

"It was weird waking up. I woke up, and I was really way more famous than I ever remembered being," he shared.

"[I thought] photographers were trying to get at me while I was inside and I wasn't in a hospital - I was either in a mental home or my drink had been spiked.

"Maybe I was kidnapped, maybe I was clinically insane. So, I thought all kinds of things. I was Russian for a while, I spoke with a heavy Russian accent in three-word sentences for a couple of days, and then I was a Japanese 11-year-old girl... Basically happens when your brain gets wobbled is you go loopy." 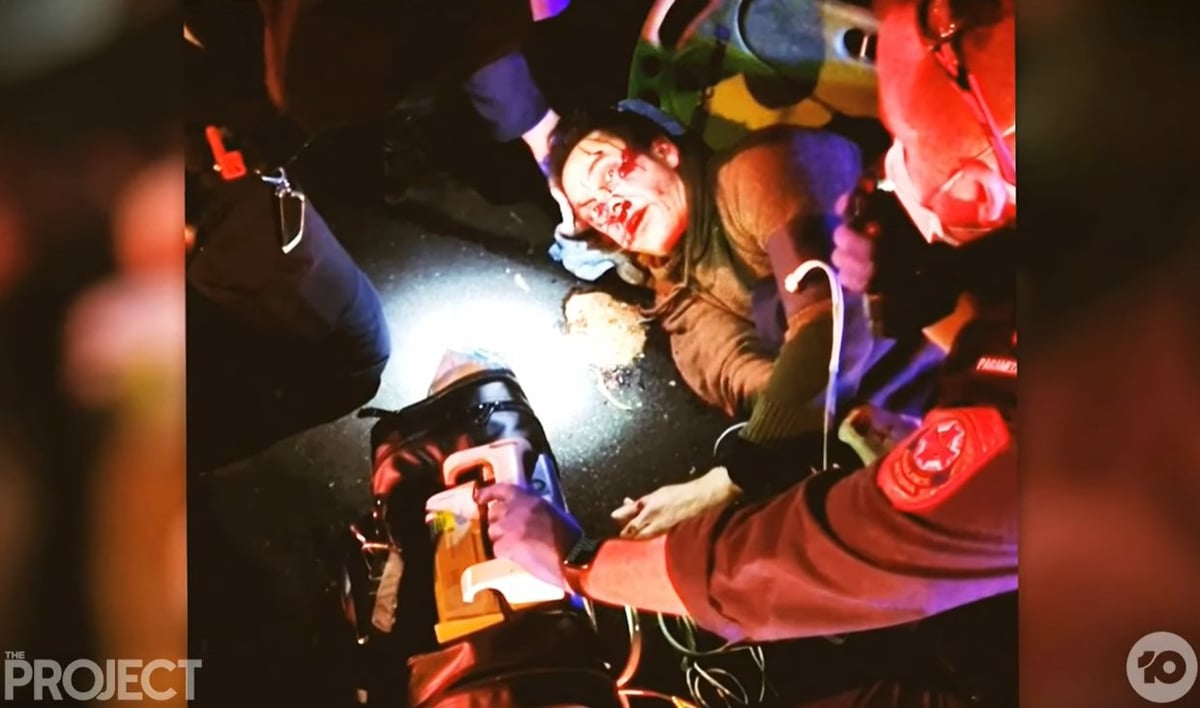 Johnson says he's still in the process of recovering.

"Whilst I appear to be ok, a lot of the symptoms are now invisible. But I'm still injured and I'm still recovering."

The actor's sister, Hilde Hinton, first shared the news of his accident on the Love Your Sister Facebook account back in June.

"I wish I didn’t have to tell you this," she began the post.

"Early Saturday night Sam was on his way to visit family when he was accidentally hit by a car. Our Ambos got him picked up and tucked away safely in hospital in record time. I followed them in."

"He's awake and not too happy that he doesn't have his pants. Nobody loves a hospital gown," she joked, adding that he had a "sore head".

Johnson, who's best known for his roles in TV series The Secret Life Of Us and Molly, has raised $10 million for cancer research though his charity Love Your Sister.

The following year, he was named Victoria's Australian of the Year for his fundraising work for the charity.

Speaking to Mamamia's No Filter podcast in 2018, Johnson said he credits his "manic" brain with some of the biggest achievements for the cause.

"I use that blue-sky area, I use those manic bursts, I use those delusions to create my life and my life is born from them," he shared.

"So yeah, if you can harness your madness, great things will come. But you can only harness it by facing off with it. If you do not acknowledge your madness and work to understand it – in the knowledge that it will know you better than you will ever know it – then you’re just a raving lunatic, as opposed to a crazy guy done good."

Samuel Johnson speaks to Mia Freedman on the No Filter podcast. Post continues below.

He recently returned to acting in the Stan series Eden, where he plays police detective Ezra Katz.

Reply
Upvote
1 upvotes
God, my heart goes out to Hilde, to go through all this after already having lost one sibling must have been terrifying. So glad Sam is still here with us!
M
mamamia-user-482898552 a year ago

Reply
Upvote
4 upvotes
Again, Sam didn't create the Love Your Sister charity FOR his sister; it was a collective effort in which she was very much involved before her death. Suggesting that he created the charity "for" her suggests it was all his single-handed effort, whereas he would be the first to acknowledge her massive part in its inception and its success. Please don't erase her memory and her huge life achievements. He created Love Your Sister WITH Connie.
News
General
Opinion
True Crime
Politics
Sport
Explainer
Entertainment
Celebrity
Reality TV
Movies
TV
Books
Rogue
Royal
Lifestyle
Beauty
Fashion
Weddings
Home
Wellness
Health
Fitness
Travel
Food
Parents
Before The Bump
Pregnancy
Baby
Kids
Teens
School
Parent Opinion
Work & Money
Money
Finance
Career
Lady Startup
Relationships
Sex
Dating
Separation
Friendship
Family
Real Life
Couples