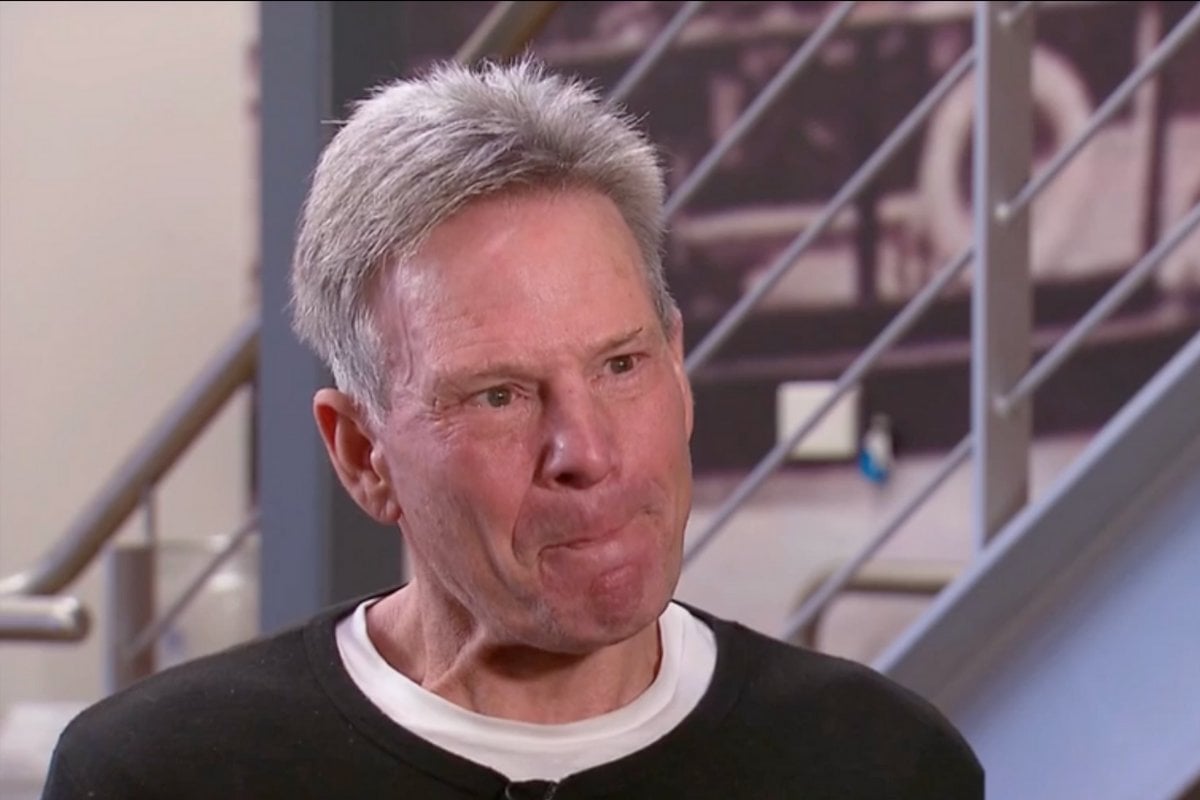 Sam Newman has been left devastated by the death of his wife Amanda Brown.

Last month, the controversial media commentator came home to find Brown collapsed on the floor of their apartment in the Melbourne suburb of Docklands.

He first spoke about her tragic final moments on his podcast You Cannot Be Serious, telling his audience, "I want to do this."

"I’ve had a pretty tough week so before I start, I don’t want anyone listening to this to feel sorry for me," he said.

"There are plenty of people that suffer adversity every day of their lives and I’m not singling myself out for sympathy or anything like that. I’ve had people reach out to me, you wouldn’t believe the people who’ve reached out to me who’ve suffered similar episodes in their life.

"There’ll be a significant amount of people that don’t have sympathy for me and that’s fine too. They’ll say I got what I deserved and good luck and good riddance and all that, and I understand that and I don’t mind if you have that opinion of me and what happened to me. That’s fine because I’m a polarising influence I suppose."

Newman had been out on Saturday and had tried to contact Brown several times during the day, as he normally did.

"He’d been out with a couple of friends just for a quick catch-up and some fish and chips on Saturday night and while he was out he was sending texts to Amanda and she wasn’t replying," entertainment reporter Peter Ford said on 6PR radio.

"He said to his friends: 'That’s really odd she’s not replying.' They said: 'Don’t worry, she’s doing something.'"

But Newman was concerned because he knew it was out of character for Brown. He arrived home to a nightmare.

"I get home and I walk in the door and the television’s on in the bedroom. So I look down there and lying in her underwear – she’d obviously been in bed or she got out of bed to get something to eat," he said on his podcast.

"She’s lying there on the tiles outside the laundry and as soon as I saw her I knew she was dead, I just knew it.

"I rang 000 and the very helpful person said you better try to give CPR and she talked me through that.

"I’ve got the phone on speaker and I’m pumping this poor woman who’s lying there looking so peaceful, obviously dead, but the operator said keep doing it in case there’s a spark of life in her.

Reading a letter he wrote 24 hours after his wife's death, Newman said:

"It’s difficult to describe the feeling of having the 000 number on speaker while the operator talked me through the CPR technique which I continued for a futile 20 minutes while waiting for the ambulance.

"This is by no means a criticism of the instructions or the time the ambulance took to arrive, but more the desperation of feeling completely helpless as the woman I married six months ago ceased to be.

"So why am I writing this? Maybe it’s cathartic, or maybe I want to share what a relationship means to me because at 75-years of age, it’s taken three quarters of a century to discover the formula.

"I have never been happier in the last decade and arriving home at the end of a day was such a genuinely pleasant thing I looked forward to. There was never any harbouring angst pent-up in either of us.

"She was loyal and loving, concerned and protective and as strong willed as any person I have ever met. I will always love her for who she was and what she was."

A spokesperson for Ambulance Victoria said paramedics were called to the apartment over reports of a cardiac arrest around 7.40pm on Saturday.

And a recent autopsy determined the cause of death to be a stroke.

"She had no illnesses or underlying health problems," Newman said on 7News.

"Just to come home under those circumstances and find her where she was... well, I’ll just never forget that.

"The autopsy said she died from an aneurysm, a stroke. I have no idea what brought that on.

"Knowing she was dead, that is just so surreal. You just think, 'This is not happening.'

"It seems absolutely unfair and I actually often thought I would rather it be me than her. But then she’d be probably feeling like I do."

Brown was Newman’s fourth wife, and, at 50, was 25 years younger than the AFL player-turned-TV star. The couple had been together for two decades, but had only married in November last year.

Their wedding was held in their apartment, in front of a small group of family and friends. The eldest of Newman’s three sons, Jack, was photographer, while former Perfect Match host Greg Evans was the celebrant.

Evans was there when Newman proposed to Brown, and he told the story on Newman’s podcast You Can Not Be Serious. He said he had turned up to the couple’s apartment on Brown’s birthday.

"Then Sam said, 'Well, Amanda, happy birthday, and I was wondering if for your birthday you would like to marry me?'" Evans remembered.

Friends have spoken of the couple’s close relationship. Former player agent Ricky Nixon said Brown was a "rock of Gibraltar" for Newman, while Don Scott, who co-hosts the You Cannot Be Serious podcast, said Newman had "a lot of feeling" for Brown.

"They’ve been together for 19 years and he depended on her a fair bit," Scott told the Herald Sun.

Before Newman started going out with Brown, he had a reputation as a womaniser. He told Australian Story in 2000 that in addition to his three marriages, he’d had three or four long-term relationships.

"But if I did a tenth of what I’m accused of doing, I would be dead," he added. "I just physically wouldn’t be able to walk."

"I go away with Sam playing golf and it’s always amazed me just the number of notes left at the desk for him or phone calls that come to the room and I’ve certainly learnt the hard way not to share a room with Sam."

Newman’s relationships with women had sometimes resulted in him getting hurt – and not just emotionally.

"He gave me a bit of seeing-to," Newman said. "Changed my face a bit. Had to have my nose fixed."

That same year, he was run over by his former partner, Leonie Jones, the mother of his youngest son Max, after having "sort of an argument" with her.

He was left with a broken leg and smashed ankle.

Newman, who played 300 games for Geelong between 1964 and 1980 before launching a media career, has always been a magnet for controversy.

On The Footy Show in 1999, he appeared in blackface, impersonating Indigenous champion footballer Nicky Winmar.

In 2008, he manhandled a lingerie-clad mannequin with the face of sports commentator Caroline Wilson stuck on it.

Last year, he said on his podcast that George Floyd, who was killed by a white police officer in the US, was "a piece of s**t". A few months later, he targeted US president-elect Joe Biden, calling him the 'r' word on Twitter.

Although Newman has freely shared his opinion on many things, one thing he has rarely talked about is his relationship with Brown. She didn’t want the attention.

"Amanda had zero interest in being in the spotlight but simply content to let Sam have it all," Peter Ford said.

"He was happy and that’s not always something you’d associated with Sam. It’s just terrible to find her gone at 50. Sometimes it’s hard to comprehend that stuff."

Reply
Upvote
1 upvotes
Hopefully it's a catalyst for him to reflect on what she meant to him and how he speaks about and treats women in public ongoing. Not holding my breath, though.
G
guest2 a year ago