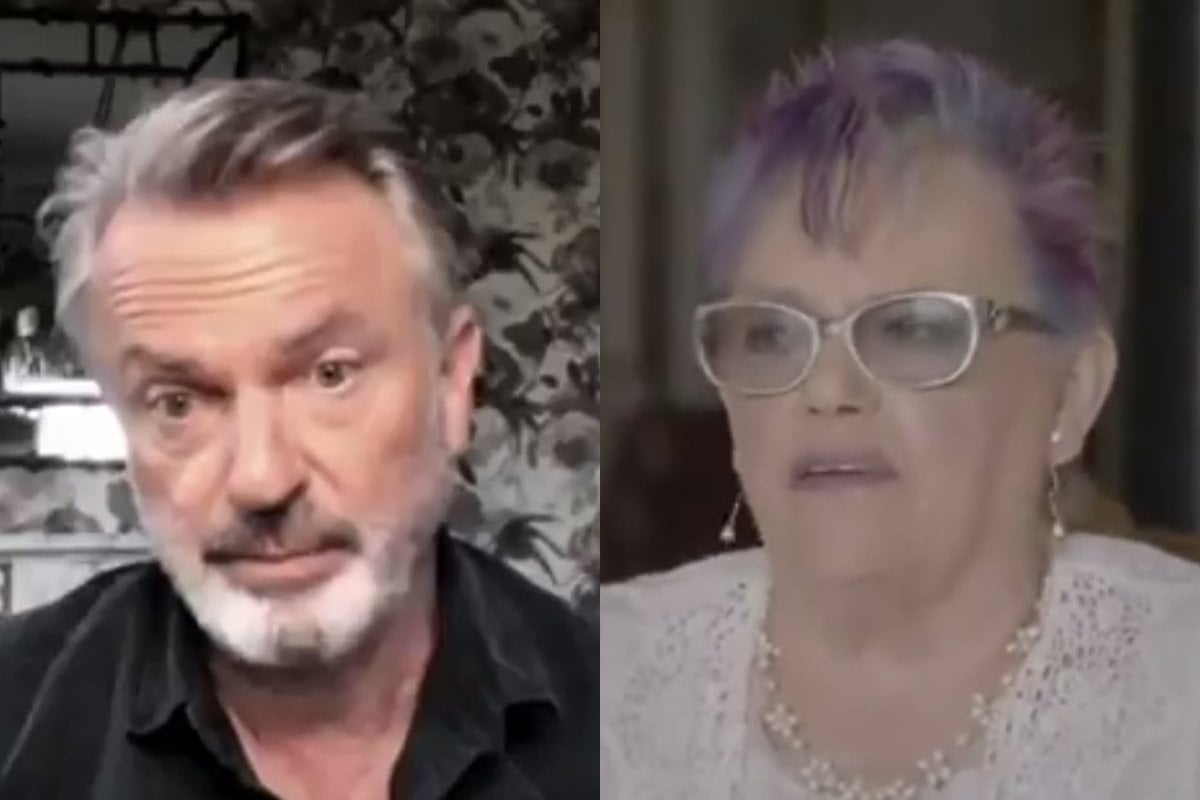 Over the course of her very public trial, Lindy Chamberlain watched her terrified cry, "a dingo's got my baby," morph into a joke.

For her family, it represented a terrible, real experience: Azaria Chamberlain, a nine-week-old baby girl had disappeared from a campground near Uluru in August 1980. Her parents, Michael and Lindy, had struggled to prove their innocence to a public convinced they were complicit in her death.

Sam Neill has heard the mocking of their experience many times - he played Michael Chamberlain in 1988's Evil Angels, alongside Meryl Streep as Lindy Chamberlain.

Sam Neill discusses on Lindy Chamberlain: The True Story on The Project. Post continues below video.

The film cemented the dingo line into pop culture, with it appearing as a joke in a number of American TV shows including Seinfeld and The Simpsons.

Neill told the Daily Telegraph it horrifies him every time he hears someone say it.

"It's a sort of joke in America in particular, when they hear an Australian accent, someone will say, 'a dingo's got my baby,' in Meryl's accent. And people chuckle," he said.

"But this was the moment a mother lost her child and I go, 'Look, you know what? That isn't funny. That isn't funny at all. And I like to make people think about that. That it's a horrible thing, and I won't stand for it."

Neill has been a long-time supporter of the Chamberlains, most recently narrating and executive producing the miniseries Lindy Chamberlain: The True Story.

Australia! Starts in half an hour. You must watch Lindy Chamberlain -The True Story, tonight & tomorrow , Network 10, 7.30pm. Trust me , this is phenomenal. However much you think you know ,nothing will prepare you for this . (Full disclosure - I have a small involvement in this) pic.twitter.com/xXYv9R0BnG

Lindy spent more than three years in jail before being officially exonerated in 1988, following the discovery of Azaria's jacket near a dingo den.

The miniseries includes eyewitness accounts from those present at the campsite on the night of Azaria's disappearance and shows the Northern Territory police as determined to prosecute them.

On The Project, Neill said there had been a crime, but the "crime had been against the Chamberlains".

He was amazed the NT Government and Police have still not apologised, calling it a "terrible miscarriage of justice". 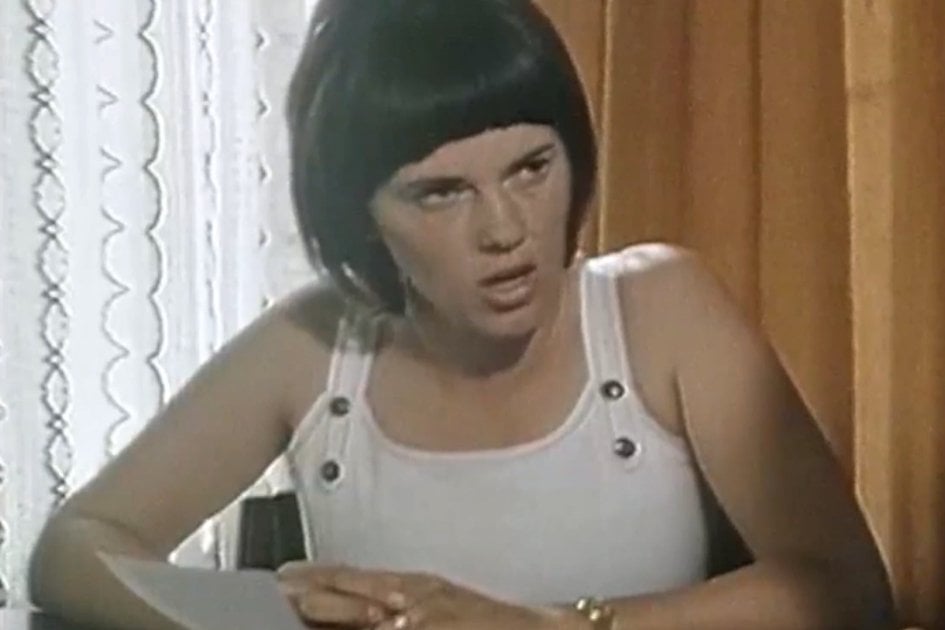 "More people should have been standing up and saying, 'this is clearly wrong'," he told host Lisa Wilkinson, who pointed out the Northern Territory police department and local politicians refused to take part in the documentary.

"They're guilty as hell," Neill said.

"I think shame on them, you know. You were wrong. Man up, because you are men, man up and admit it and apologise. It doesn't take a lot, you know. Don't go to your grave without having made your peace with what you did."

Neill told the Telegraph the media were also to blame for driving sensationalist coverage, which lead to almost everyone in Australia having an opinion on the case.

"It's one thing to endure the tragedy of having your child killed but then to have it compounded by having to put up with decades of this whole horrible stuff, it's devastating," he said.

Even after being cleared of any guilt, Lindy continued to face huge public scrutiny.

"A lot of it was sexism and misogyny, blind ignorance and malice, just plain malice," Neill said. "And also misunderstandings, you know. But the good thing about Lindy and Michael was that they were very stoic people, amazingly so."

Azaria’s death certificate was amended in 2012 after a fourth coronial inquest found she did indeed die as a result of being taken by a dingo.

Neill told The Project Lindy was "remarkably free of anger", which was something he didn't understand.

"Apart from being normal and decent, she's a good person."

Lindy Chamberlain: The True Story is available on 10Play.

Reply
Upvote
4 upvotes
Good on Sam. I hate that "joke".
I've read Lindy's letter's from prison and they are heartbreaking. It's cruel to make light of what she went through.
guest2 a month ago

Reply
Upvote
@laura__palmer At least the movie Evil Angels bombed at the box office.
laura__palmer a month ago

Reply
Upvote
@guest2 I'm sure that is little comfort to the woman who was vilified and imprisoned for the killing of her child by a wild animal.
guest2 a month ago