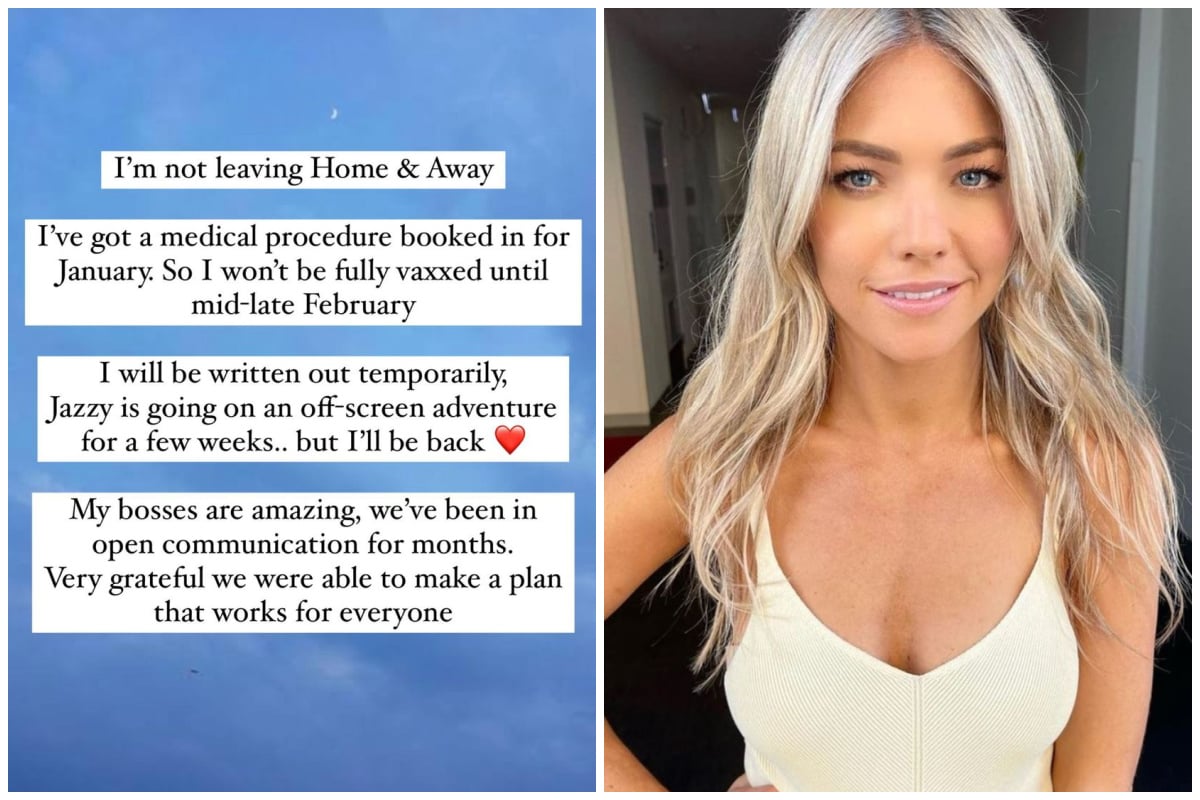 In early October, actor and reality star Sam Frost posted and subsequently deleted an Instagram video sharing that she would not be getting the COVID-19 vaccine.

The 32-year-old asked for "compassion" and "empathy" for those who had made the same choice as her, and said she had "good reasons" to not get the vaccine, although she did not share what they were specifically.

"I was really hesitant about doing a video or even speaking up about this sort of thing," she said in the five-minute video.

"But I feel like it's getting to a point now in the world where there's a lot of segregation, a lot of harsh judgment, and it's taking its toll on my mental health."

She received significant criticism for her views, with many arguing that her choice put the health of other Australians in jeopardy. The public also noted that Frost was in the unique and privileged position of having been employed throughout the recent lengthy lockdown in New South Wales.

Now, Frost has shared an update about her employment to her Instagram, which she recently re-activated after taking it down following the criticism of her video.

"I'm not leaving Home and Away," she wrote.

"I've got a medical procedure booked in for January. So I won't be fully vaxxed until mid-late February. 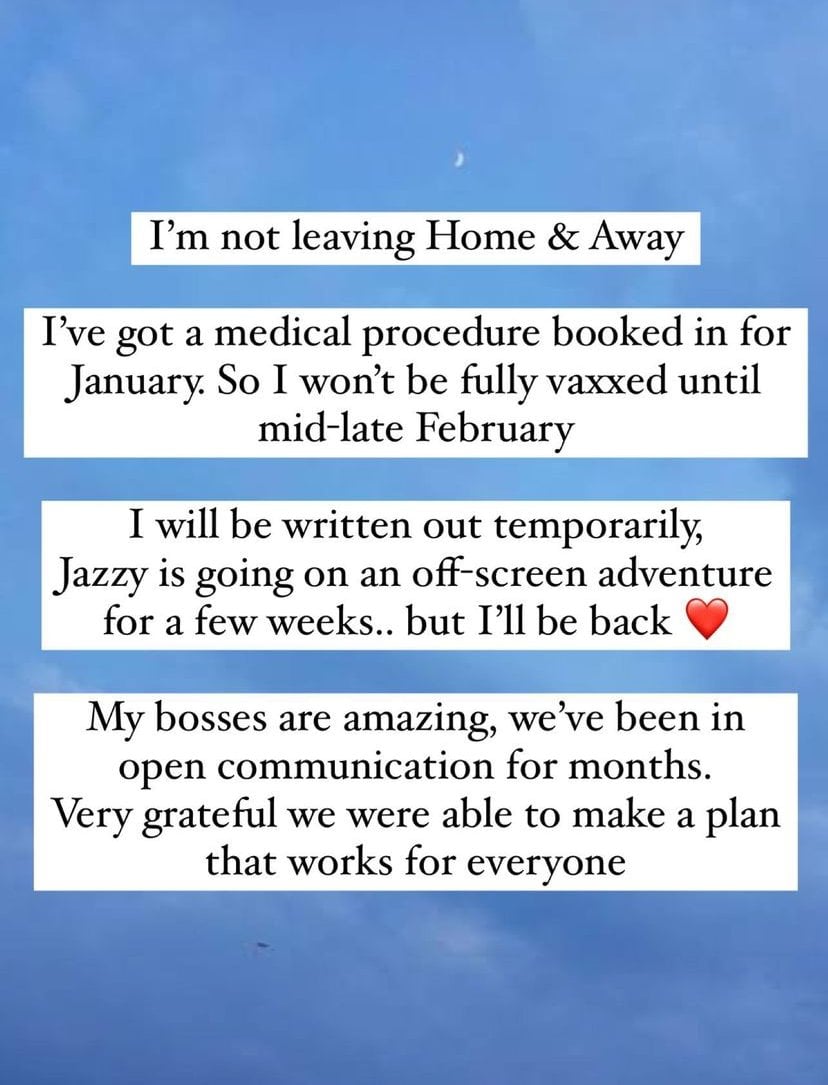 Sam Frost on her role on Home and Away. Image: Instagram.

"I will be written out temporarily. Jazzy [Jasmine, Frost's character] is going on an off-screen adventure for a few weeks... but I'll be back.

"My bosses are amazing, we've been in open communication for months. Very grateful we were able to make a plan that works for everyone."

The announcement comes just days after Seven Productions issued a fully-vaxxed or no-work mandate to staff.

An email, seen by the Herald Sun, was sent to staff last week, stating Seven would "only engage fully vaccinated presenters, cast and crew".

The Director of Production at Seven West Media, Andrew Backwell, wrote that employees from Seven programs would need to be vaccinated by January 10, when staff return after the summer break.

Speaking to the Herald Sun, a Seven spokesperson confirmed: "Seven strongly encourages vaccination to protect our people, their colleagues and their families."

She added that she'd spoken to her doctor and her psychologist, but was "going to keep that private."

Her latest post seems to imply her upcoming surgery affects her vaccine eligibility.

Scientifically speaking, there are very few medical not to be vaccinated.

As the Australian Technical Advisory Group on Immunisation (ATAGI) states: "There are very few situations where a vaccine is contraindicated and as such, medical exemption is expected to be rarely required."

As Sydney GP Dr Brad McKay reiterated to Mamamia, "The chance of having a medical contraindication or being allergic to all the vaccines available is slim-to-none."

Professor Kristine Macartney, Director of the National Centre for Immunisation Research and Surveillance told The Age you can even get the vaccine if you're having chemotherapy, or undergoing serious medical procedures like an organ or bone marrow transplant.

The ATAGI guidance does list ‘acute major illness’ as a reason for temporary exemption, although this would be assessed on a case-by-case basis.

Frost has not confirmed whether she has an official medical exemption, or is simply choosing to wait to get vaccinated.

Reply
Upvote
7 upvotes
Sam, if you want your (implied to be valid, due to health implications) reasons to be private, then don't post about your un-vaxxed status on social media.
Because, this really sets up a perception that your reasons don't extend beyond a misconception of personal risk in the COVID vaccines. That leaves you looking misguided and more than a little selfish.
To avoid this, either don't post on the subject, or be prepared to justify the added risk that you bring to your workplace and social network with your recognised health exemption.

Reply
Upvote
1 upvotes
@gu3st Not sure how one could feasibly go about justifying posing a health risk to others...
C
cat a month ago

Reply
Upvote
4 upvotes
Her "medical procedure" isn't until January and there are very, very few "medical procedures" that mean you can't get vaccinated in any case. You can be very ill, and have major surgery or be receiving chemotherapy (for example) and still get the vaccination safely. Her evidently elective procedure coming up next year should not mean a delay to safe vaccination now.
C
cat a month ago