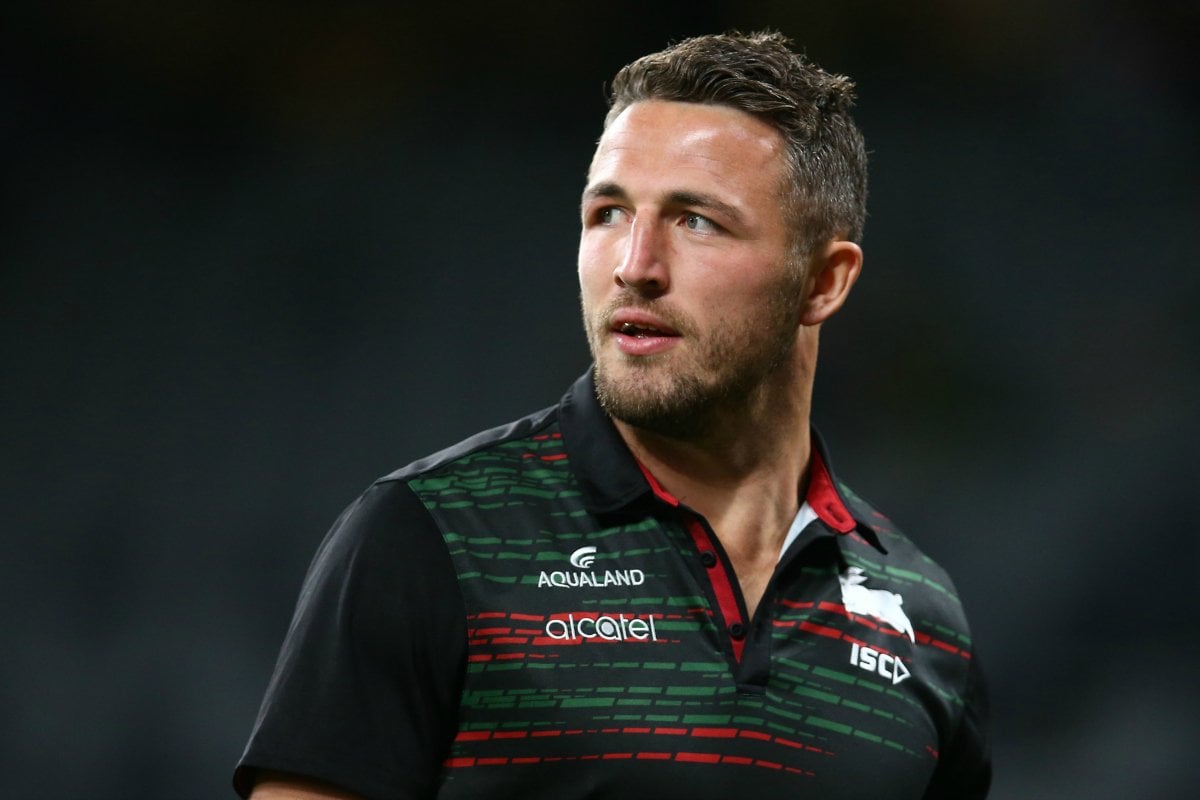 It's the first day of the 2020 NRL finals, but all the headlines about the league are focused on something else entirely.

Sam Burgess, a recently retired South Sydney Rabbitohs star, is under investigation by the NRL and NSW Police over allegations of misconduct and domestic violence following a damning report by The Australian newspaper.

The publication has alleged that Burgess, 31, engaged in "destructive" off-field behaviour, which South Sydney then went to great lengths to keep from becoming public.

Burgess' lawyer told The Australian the claims are "false".

"These allegations are very serious and I’ve instructed the Integrity Unit to investigate the claims as a priority. We will also seek the advice of police and other relevant authorities throughout this process," he said.

"This is new information for the NRL and it is important we now gather the facts. The allegations have not yet been tested and due process will be followed as we undertake a thorough investigation.

"There is no place in our game for violence, harassment or abuse against women. If anyone is found guilty of these allegations we will take the strongest possible action."

A NSW Police Spokesperson told Mamamia, "On Wednesday 30th September, officers from the Hume Police District received a report outlining various allegations relating to the conduct of a 31-year-old man.

"Police have commenced inquiries, however as these inquiries are in their infancy there will be no further comment made at this time."

Burgess has stood down from his role as a Rabbitohs development coach following news of the investigations, a move that's been welcomed by the club.

In a statement, South Sydney said it would cooperate fully with the Integrity Unit's investigation.

Rabbitohs Statement Regarding Report in Today’s The Australian.

The allegations are very concerning and the Club is treating them with the utmost seriousness.

"There is no place in our society for violence, harassment or abuse against women. If anyone is found guilty of allegations of this nature, the Club will take the strongest possible action.

"The Club takes issues of drug use very seriously and has well-established policies and procedures in place around the use of performance enhancing or illicit/recreational/prescription drugs. The Club will continue to work closely with ASADA and the NRL which administer testing of the players. The Club will also continue to work with the playing group to support their wellbeing and educate them about drug use."

The situation comes off the back of a tumultuous year for Burgess, who retired with a shoulder injury after the last NRL season.

The former captain split from wife Phoebe Burgess in October 2019, the same month he was handed an apprehended violence order relating to an alleged dispute with her father, Mitchell Hooke.

Burgess denied Hooke's claims and pleaded not guilty. The case is due back in court next month.