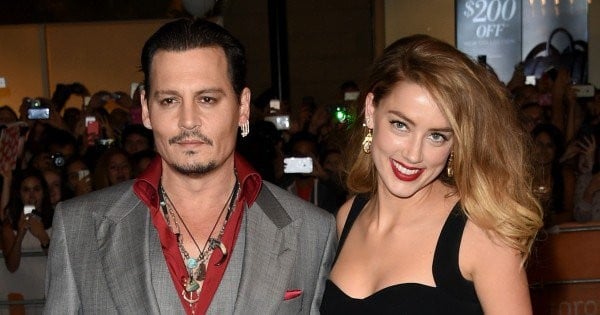 In cars and homes across Sydney this morning, talk-back radio was sizzling with indignation about Salim Mehajer.

It’s not surprising. Last night, the former NSW council politician and property developer was shown on national television threatening to rape his in-laws.

The screen was practically bathed in spittle as Mehajer repeatedly called his wife Aysha Learmonth a slut and wished her dead. Over and over.

So you might think that the talk-back callers would be condemning Salim and expressing sympathy for the woman who, in July, took out an AVO against him.

“He’s a good bloke,” said at least two callers on The Kyle and Jackie O show. “No-one talks about all the good things he does, they just jump on anything bad.”

Salim Mehajer is not a good bloke. That might have been in dispute a few days ago. After a wedding that shut down a suburb and a rolling litany of tabloid-titillating small-time scandals, it would have been possible to see him as a disturbing but comical narcissist. A side-show.

Not anymore. Not after this.

Salim Mehajer is not a good bloke. For him, the jig is now up.

All thanks to a leak. A private video being sent to a third party without his knowledge, certainly against his will.

Mehajer filmed himself making vile threats to his wife. He sent the video to her. It ended up on A Current Affair. Any argument about his character is now redundant.

Before another leak, it was also possible – tricky, but feasible – to dismiss Johnny Depp as a volatile, boozy “bad-boy” past his prime.

Then we saw him scrawling on a mirror in blood and pelting wine bottles at his wife’s head and we realised: Oh.

When your abuse is playing out in pixels on a smartphone, there’s no more “he said, she said”. There’s evidence.

And when it comes to accusations of violence against women, that’s what – unfortunately – the public demands.

For a woman in an abusive relationship, power is what she does not have.

Some would argue that these videos would be better off in the hands of police than tabloids, but any videos taken without consent wouldn't be admissible as evidence in most Australian courts.

If your abuser is a person of standing and means, someone who can "lawyer up", someone who has an army of supporters poised to mobilise in their defence, the reputation to keep getting hired for high-profile jobs or to make lucrative deals, the power balance is a chasm yawning beneath you.

In leaking these images, these videos and phone calls, the women have taken back the power.

We all know that abuse is happening behind closed doors in every "ordinary" suburb of Australia. We all know power and control is often a menacing whisper, not a publicly screamed threat. We all know that there are women all over the world who do not have access to the megaphone of media, whose stories are never going to be splashed on front pages and across site headlines.

We know that Aysha and Amber are not representative of "ordinary" women, who have nowhere to go and no funds to get there.

But they, ultimately, are women who used the only power they had to escape.

For these powerful men, used to stories being told the way they want them to be told, that's terrifying. The tables have turned. Their arrogance has been their undoing.

Abusive men have much to fear from the phone. It unmasks them.

Despite his protestations that the leaked videos were taken "out of context", there's no context that justifies the rage on the face of Salim Mehajer.

Claims of a "passionate" relationship sound idiotic in the face of the Depp videos.

Arguments that you'd just fallen off the wagon do not justify Mel Gibson screaming at his girlfriend that he hopes she "gets raped by a pack of n*ggers," for wearing a short skirt in public.

For these men, the jig is up. Their abuse is no longer a whispered rumour.

Their partners had the receipts.

Remember he was the darling of the gossip mags set

He seems a bit dim really. Why would anyone record themselves saying this type of stuff?