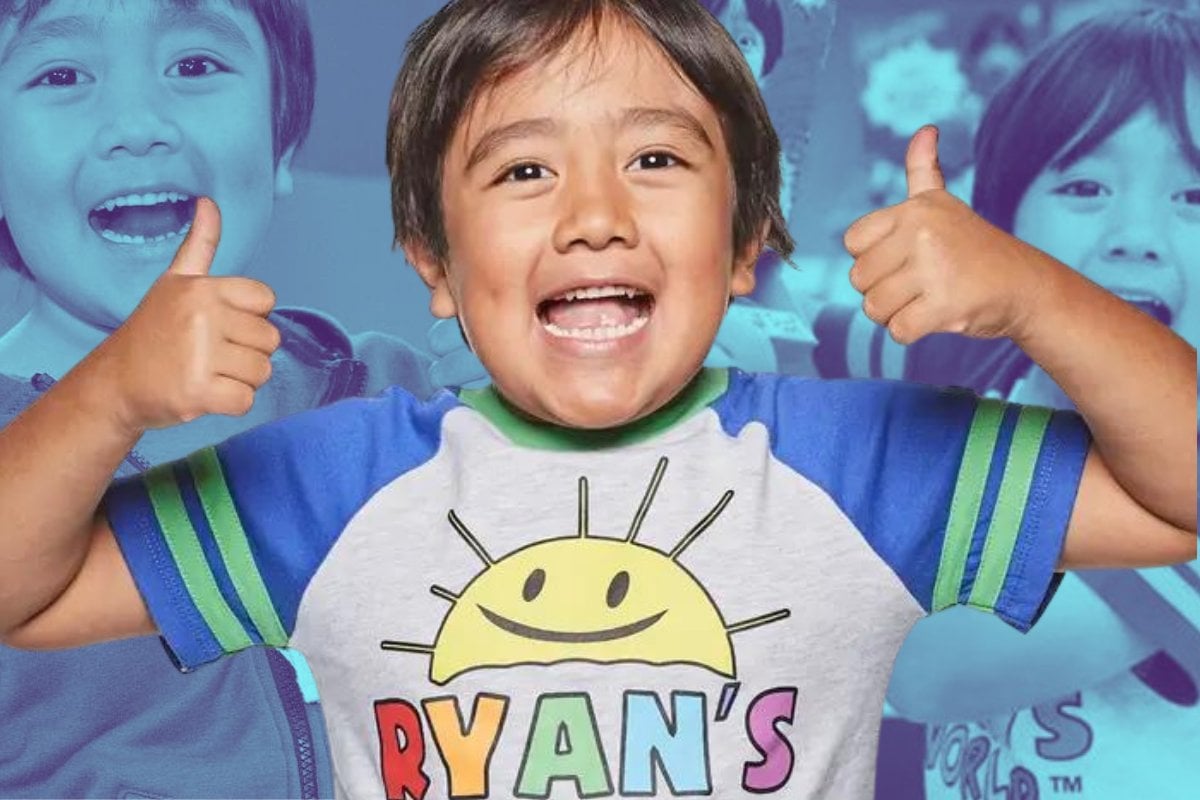 Toy empires, TV shows, and more money than many of us will make in a lifetime. Welcome to the coveted world of "kidfluencers".

In recent years, kidinfluencers - usually classed as influencers under the age of 16 - have continued to gain popularity in the social media space, signing lucrative endorsement deals and gaining thousands of followers on platforms including YouTube, Instagram, and TikTok.

Watch: What you can expect from a typical Ryan's World video. Post continues below.

With over 32 million subscribers, Ryan has been the highest earning YouTube creator for three years straight. Oh, and did we mention his audience mainly consists of children aged between two and six years old? Yes, really.

If you haven't got kids of your own, the idea that a 10-year-old has such a huge influence online might sound ridiculous.

So, we thought we'd take a deep dive into how Ryan made it to where he is now.

Here's everything we know about Ryan's World.

Who is Ryan Kaji?

Ryan Kaji is the face behind Ryan's World - a popular YouTube channel that has amassed over 50 billion views.

On his channel, the 10-year-old posts a mix of toy reviews, toy unboxings, DIY challenges, educational videos and vlogs.

Ryan was three years old when he started sharing videos on YouTube under the channel name Ryan ToysReview with the help of his parents Loan and Shion.

Ryan's mother, Loan, was a science teacher on break when Ryan asked her to create the account, and she thought it would make a good holiday activity.

Loan and her husband Shion were fairly familiar with the YouTube algorithm as they consumed YouTube content through college, and that gave them a great head start to internet fame.

"We saw a tipping point of the channel very early on," Shion told FastCompany.

"We were very confused because we were uploading the videos as a hobby, and the production value wasn’t that great either. So at first my wife and I thought maybe somebody was hacking our channel."

"That one video became his most popular video on our channel for the next two years," Shion told TIME Magazine.

Shion later noticed strange comments appearing underneath his video and questioned what it meant.

"It was all gibberish," he said.

Then he saw Ryan typing random letters beneath videos and realised other kids were interacting with videos in the same way.

"We noticed a huge percentage of the viewership coming from Asia. For a lot of minorities, YouTube was the place where you saw people like you."

Unlike mainstream TV, the "main character" of Ryan's World was a three-year-old boy of mixed-Asian race. And audiences were attracted to it.

In 2016, Ryan's parents quit their jobs to focus on their son's YouTube channel full time and began hiring staff to take the workload off of their son.

Ryan later solidified his spot as the go-to kidinfluencer in 2017 when his parents signed a deal with PocketWatch, a children's media startup company that took his channel from YouTube to just about everywhere else you might find his fans.

The partnership led to a gaming app called Tag with Ryan, a 20-episode television series for preschoolers called Ryan's Mystery Playdate, a show titled Super Spy Ryan, and countless lines of merchandise and toys that were released in his name.

What's Ryan up to now?

The creator continues to release semi-daily YouTube videos which are set to earn him about $45,000 a pop.

And while the YouTube landscape has expanded with new kidfluencers, Ryan has remained a favourite over the last seven years.

If only my parents got wind of this venture a little sooner...

Ryan's mother, Loan, was a science teacher on break when Ryan asked her to create the account, and she thought it would make a good holiday activity.