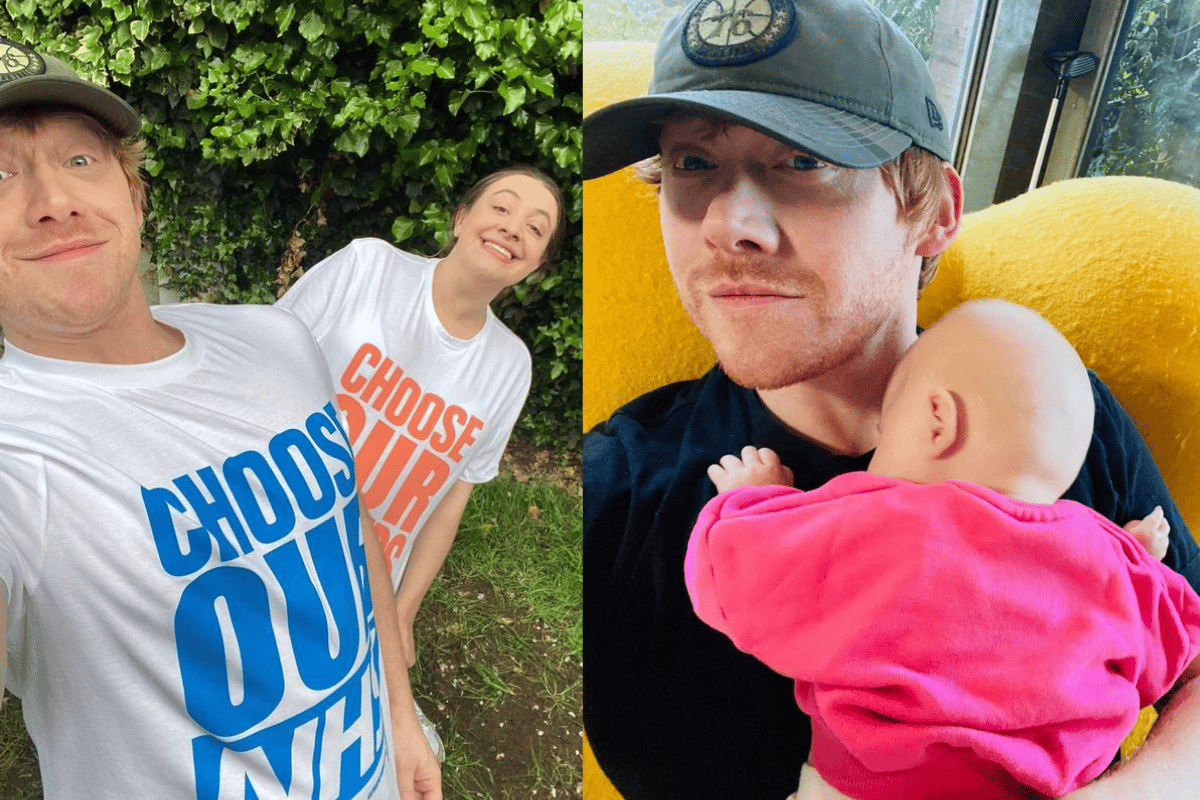 In news that made us feel a million years old, Harry Potter star Rupert Grint has a one-year-old daughter with long-term girlfriend Angus, Thongs, and Perfect Snogging actor Georgia Groome.

And with the Harry Potter Reunion going gangbusters with fans, we thought it perfect timing to look at one of the cast members, i.e. Rupert Grint, and see what he's been up to lately.

Here is everything we know about Rupert Grint and Georgia Groome’s relationship.

Watch: The 20th anniversary of Harry Potter. Post continues below.

The couple announced the birth of their child back in May 2020, with a statement to media outlets via their representatives: "Rupert Grint and Georgia Groome are delighted to confirm the birth of their baby girl. We would please ask that you respect their privacy at this very special time."

Grint, who amassed nearly two million followers in the less than 24 hours he's been on Instagram, shared the name of their daughter in his first Instagram post. In the year since, he has 4.5 million followers.

"Hey Instagram... only 10 years late, but here I am. Grint on the Gram! Here to introduce you all to Wednesday G. Grint," the actor shared.

Hey Instagram....only 10 years late, but here I am. Grint on the Gram! Here to introduce you all to Wednesday G. Grint. Stay safe, Rupert

It comes two years after Grint confirmed, much to the disappointment of Harry Potter fans, that he wouldn't be naming his children after his famous character, Ron Weasley.

In an interview with The Guardian in 2018, Grint talked about what his future looked like, saying: "I'm just going to go with the flow, keep playing interesting characters and see what happens.

"I'd like to settle down and have kids soon. If I had a son, would I call him Ron? It’s quite a good name, but probably not. And Grint’s a tough name to pair a one-syllable first name with." 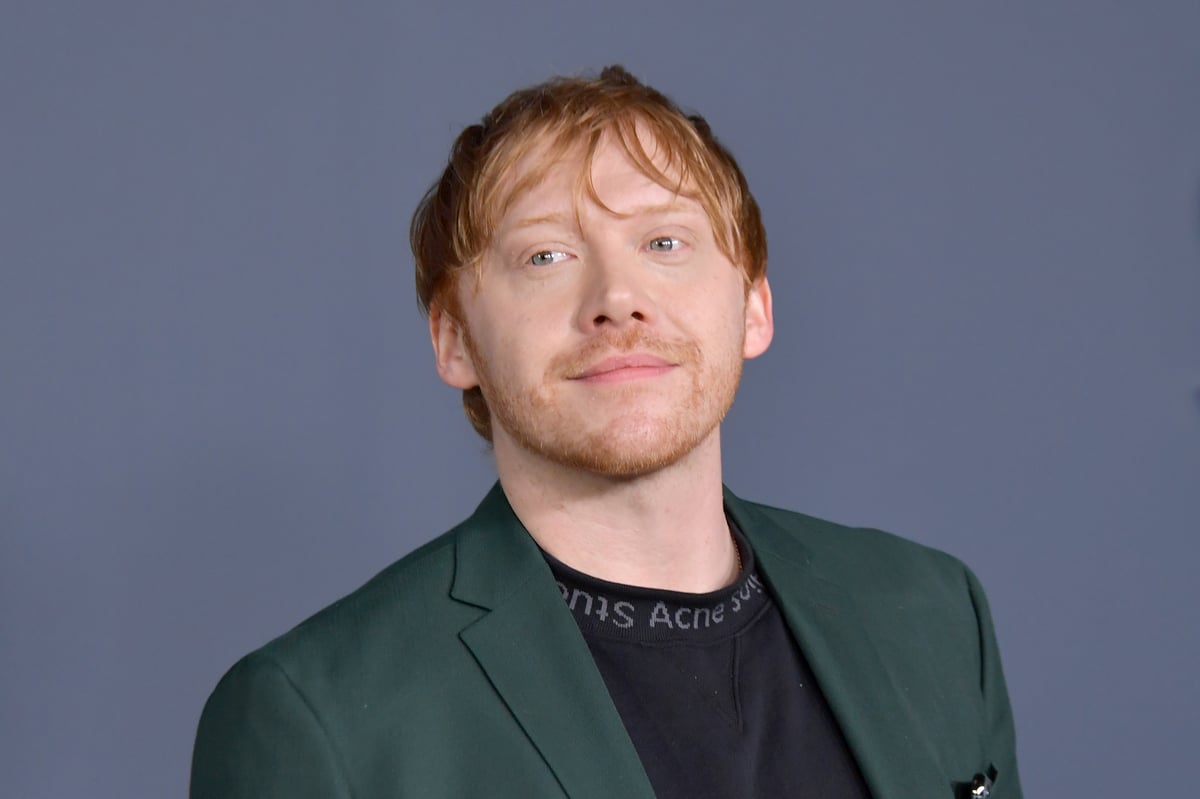 Image: Getty. While promoting the latest season of the series Servant last week, Grint was asked about his feelings towards fatherhood.

"It's great. I'm absolutely loving being a dad. It's just the best thing," he said to Entertainment Tonight. "It's amazing how it completely kind of takes over everything. It's all I really care about, so it's been great."

He also shared that he has been loving the experience of bringing his daughter to work with him on set. Not to mention, being a new dad has helped his acting, especially when it comes to Servant. The show follows a couple in mourning after an unspeakable tragedy creates a rift in their marriage and opens the door for a mysterious force to enter their home.

Listen to The Spill: The best new TV shows to watch during the summer holidays. Post continues after audio.

Grint continued: "[Fatherhood], it's definitely changed my perspective. Since becoming a dad, kind of midway through, just to really have a better sense of what that can do to a family… I just find it just incredible."

Rupert Grint and his girlfriend, Georgia Groome, have been dating since 2011.

As for who exactly is Georgia Groome: if you recognise her, chances are it would be because of her role in Angus, Thongs and Perfect Snogging, which was an absolute hit film back in the day. 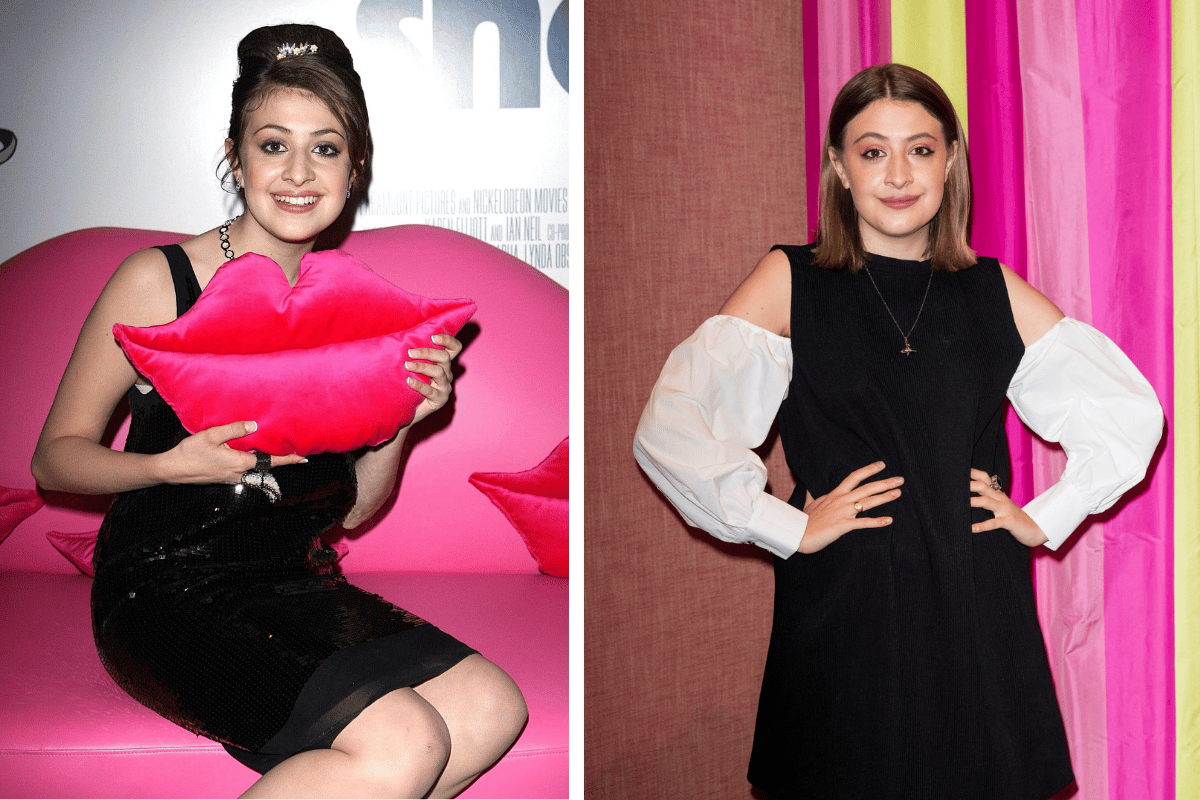 Image: Getty. Rupert Grint and Georgia Groome have actually been dating since 2011. That’s just over 11 years together...

Many fans were - like us - completely unaware of the couple’s dating status until a tweet in 2018 went viral.

“I was today years old when I found out Georgia from Angus, Thongs and Perfect Snogging has been going out with Ron Weasley since 2011????,” a fan wrote on Twitter, attracting over 20,000 likes. 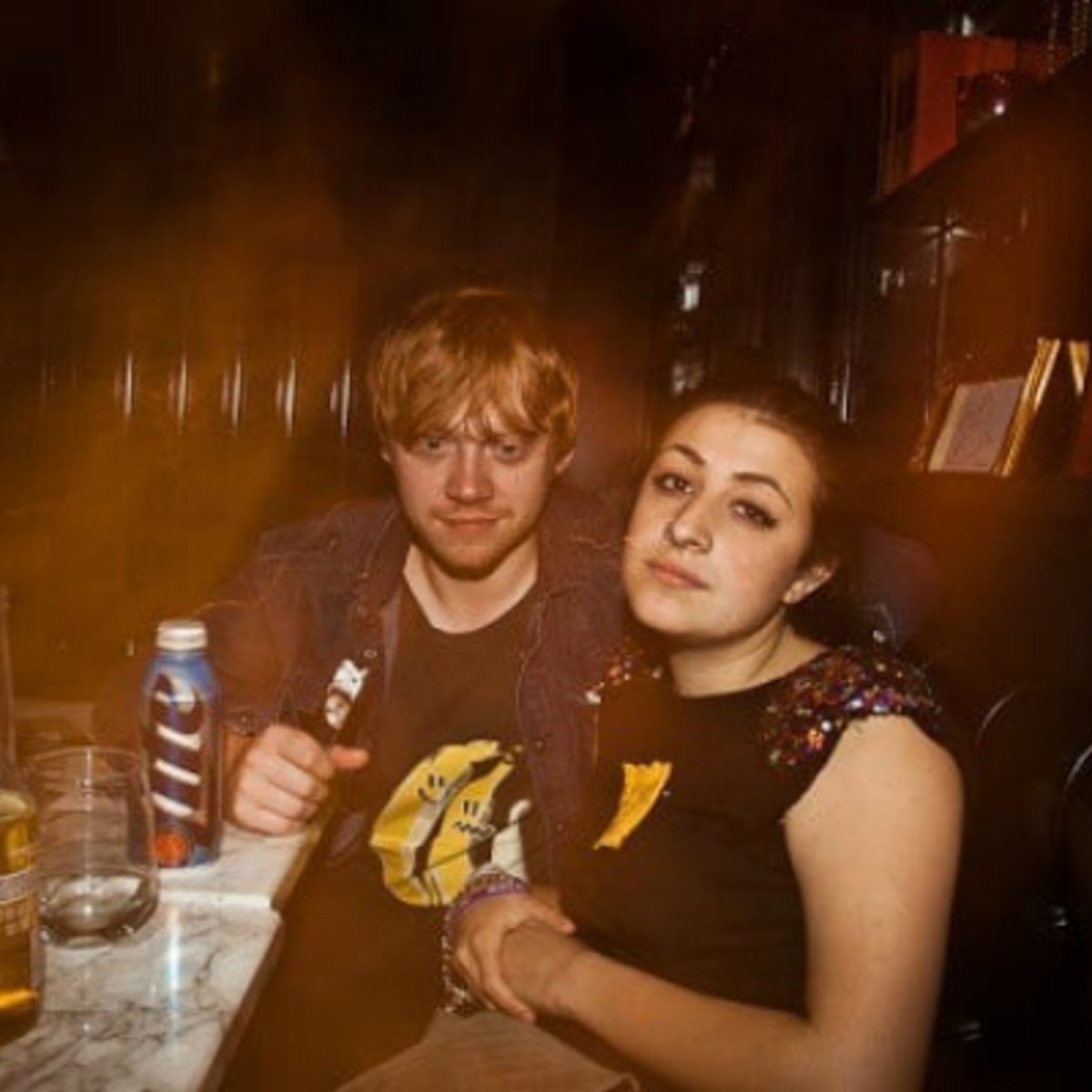 They are incredibly private.

Yep. There’s not actually a lot we know about this couple.

Unlike most celebrity couples, it looks like Rupert Grint and Georgia Groome are more interested in maintaining their privacy than sharing their life with the world. And evidently, they’ve managed to stay out of the public eye exceptionally well.

Neither of them have participated in any interviews about one another and they rarely share photos of each other online. 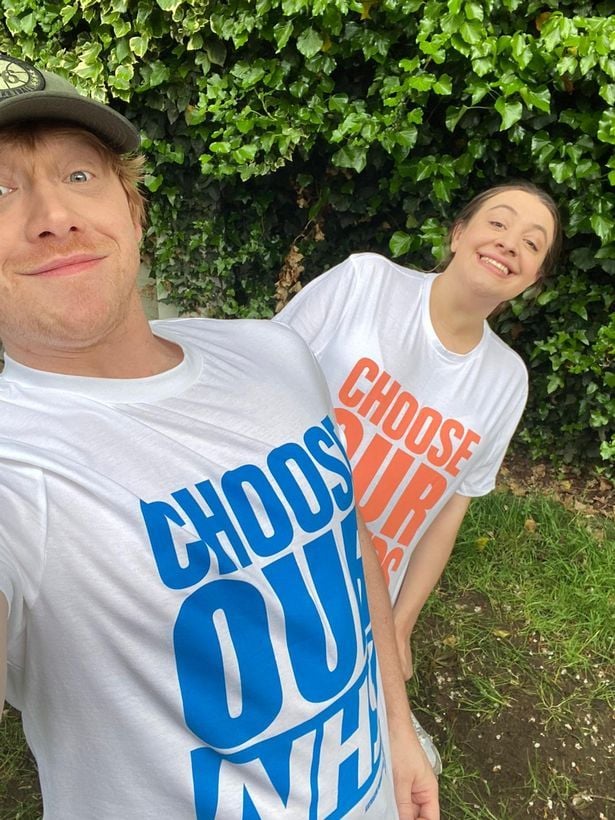 In fact, the only form of social media Georgia Groome has is Twitter.

Georgia, meanwhile, hasn’t been in front of the camera since starring in a dark comedy short film called Period Piece in 2018.

In 2019 Rupert made the jump to the horror genre, starring in Apple TV+ series, Servant, directed by M. Night Shyamalan. The third season of Servant is expected to be released this month. 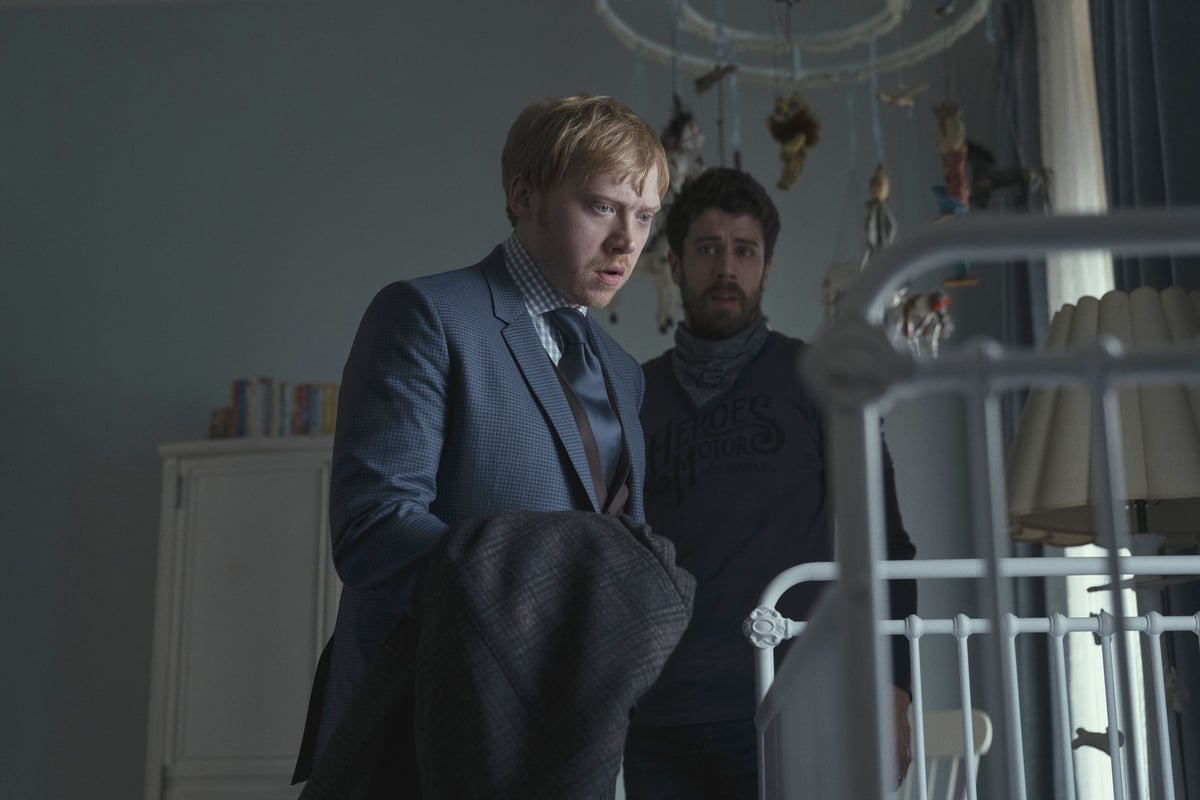 See? It is possible to be famous AND not have a public social media account or be papped at every tick of the clock. Amazing how some people manage what others claim to be impossible, huh?