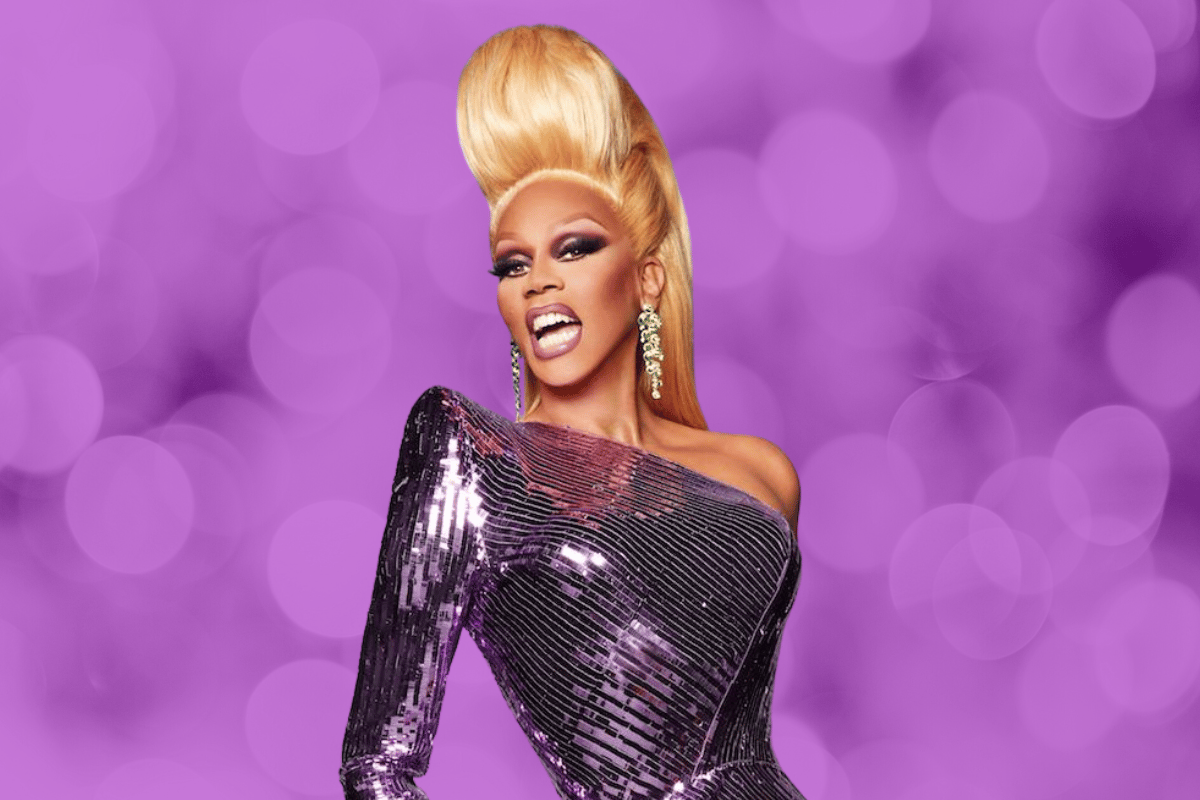 RuPaul's Drag Race first came to our screens 13 years ago in 2009, and 13 more spin-offs of the original have followed in its wake.

In those years, we've watched a fair few drag queens compete to become the next drag superstar – with the ultimate winners going on to have some of the most successful entertainer careers we've seen in recent history.

Watch the trailer for RuPaul Drag Race Down Under's season one. Post continues after video.

From the competition series' humble beginnings to becoming an Emmy Award-winning darling (the show has won over 24 awards and counting), RuPaul's search for the next drag superstar has taken the world by storm. 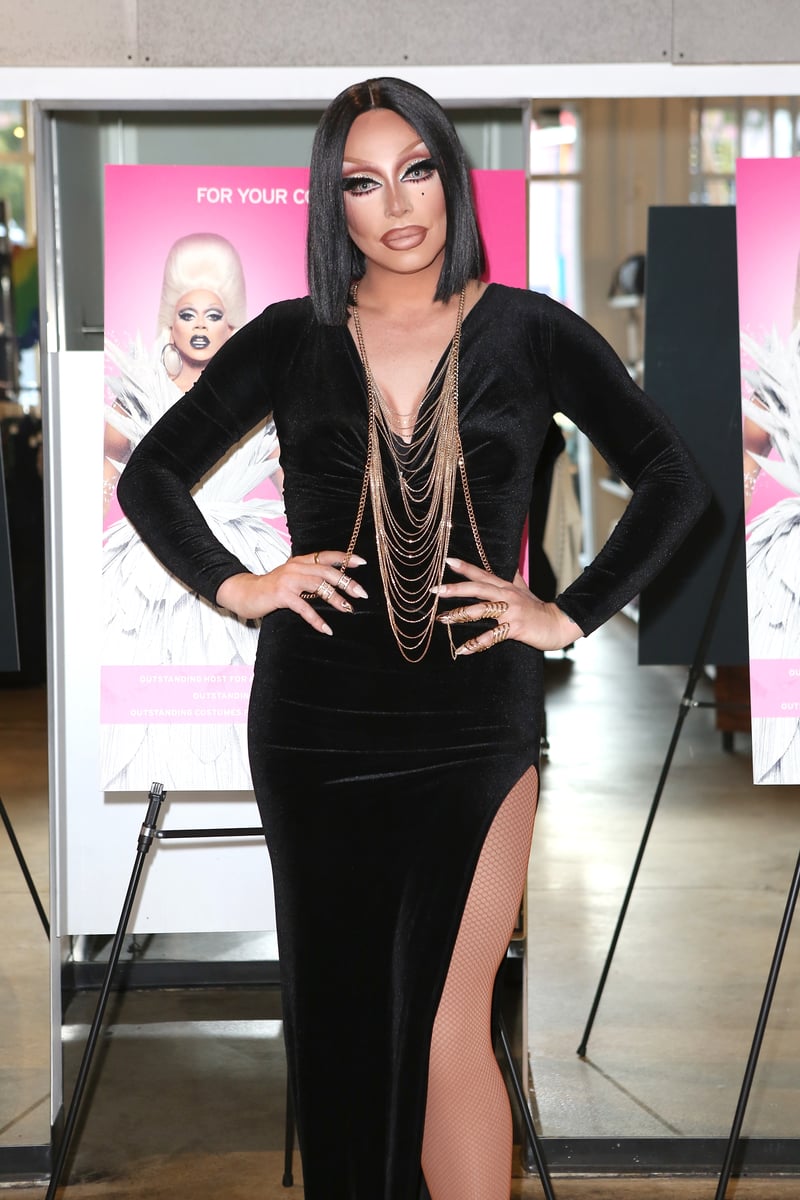 David Petruschin, better known as Raven, became a fan favourite upon competing in season two of RuPaul's Drag Race and season one of All Stars.

His talent didn't go unnoticed by Ru who hired him as a makeup artist in 2017. They've been working together ever since.

Petruschin admitted the conditions of working on the RuPaul's Drag Race – from the UK, to Australia's very own spin-off show – has been difficult amid COVID restrictions.

"You don’t get to bump into people every day. I got prepped on how to put together Ru’s microphone pack and learned how to turn it on and off," he told Vanity in 2021.

"I learned where to put it and how to do it all the time because I was pretty much the only person allowed to touch Ru because I have to touch Ru."

It's the same for Delta, who was Ru Paul's very own wig stylist. 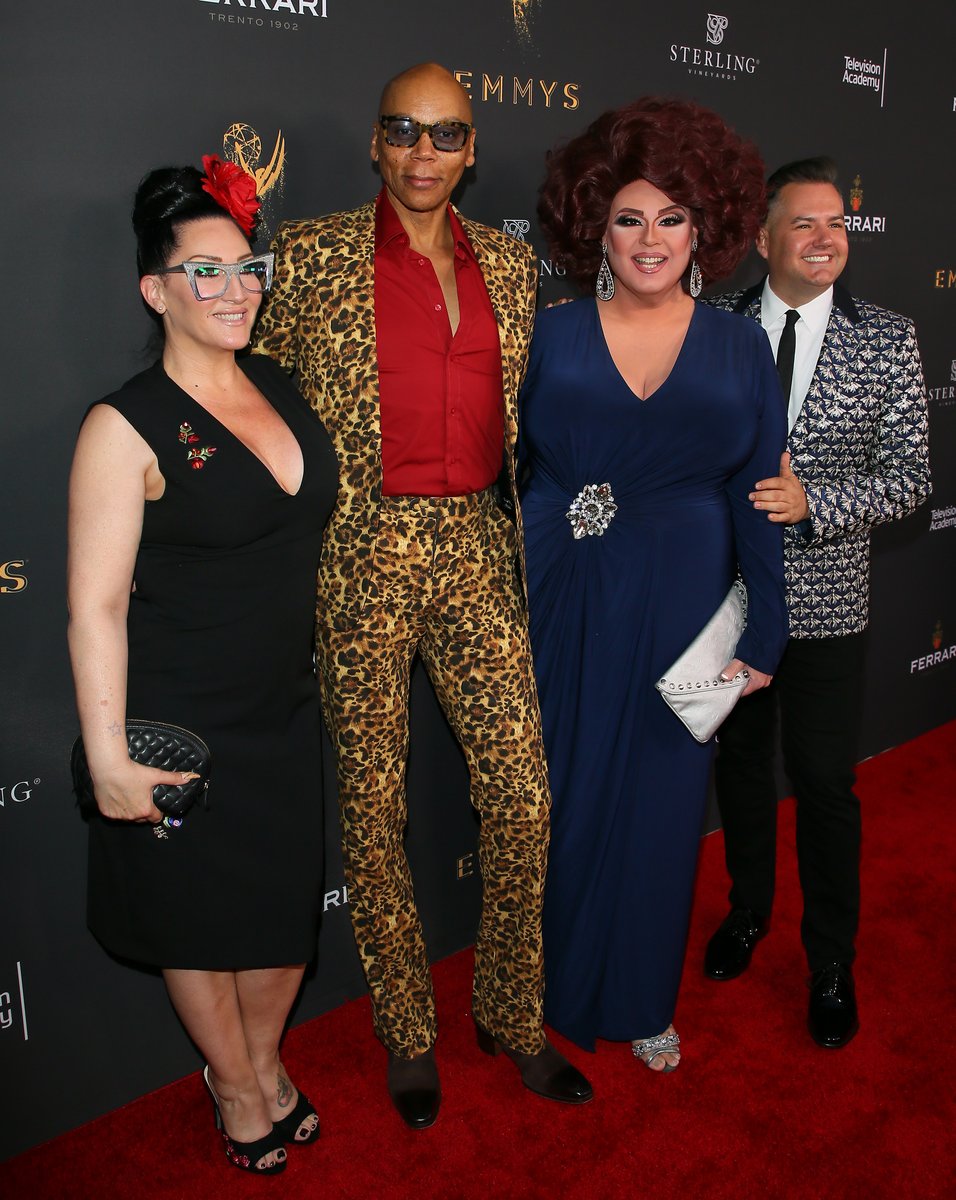 RuPaul's Drag Race Season three contestant Delta Work, once worked as Ru's very own wig stylist... before they were fired.

From 2017 to 2019, Delta was RuPaul's hairdresser. However, the queen allegedly resigned because the production company with which RuPaul's Drag Race is affiliated refused to give Delta a pay rise after they won an Emmy for their work.

In a YouTube video by GreenGay detailing the reasoning behind why the queen was fired, Delta commented that they were "collateral damage".

"I dropped everything to be part of their production company. I believed in them. But not one person stood up behind me to say that I was right," Delta wrote.

"There are so many more layers to this but people aren’t prepared for that because it discredits a company that has not done them wrong specifically and brings so much joy by showcasing beautiful drag entertainers. There always has to be collateral damage. And that’s me." 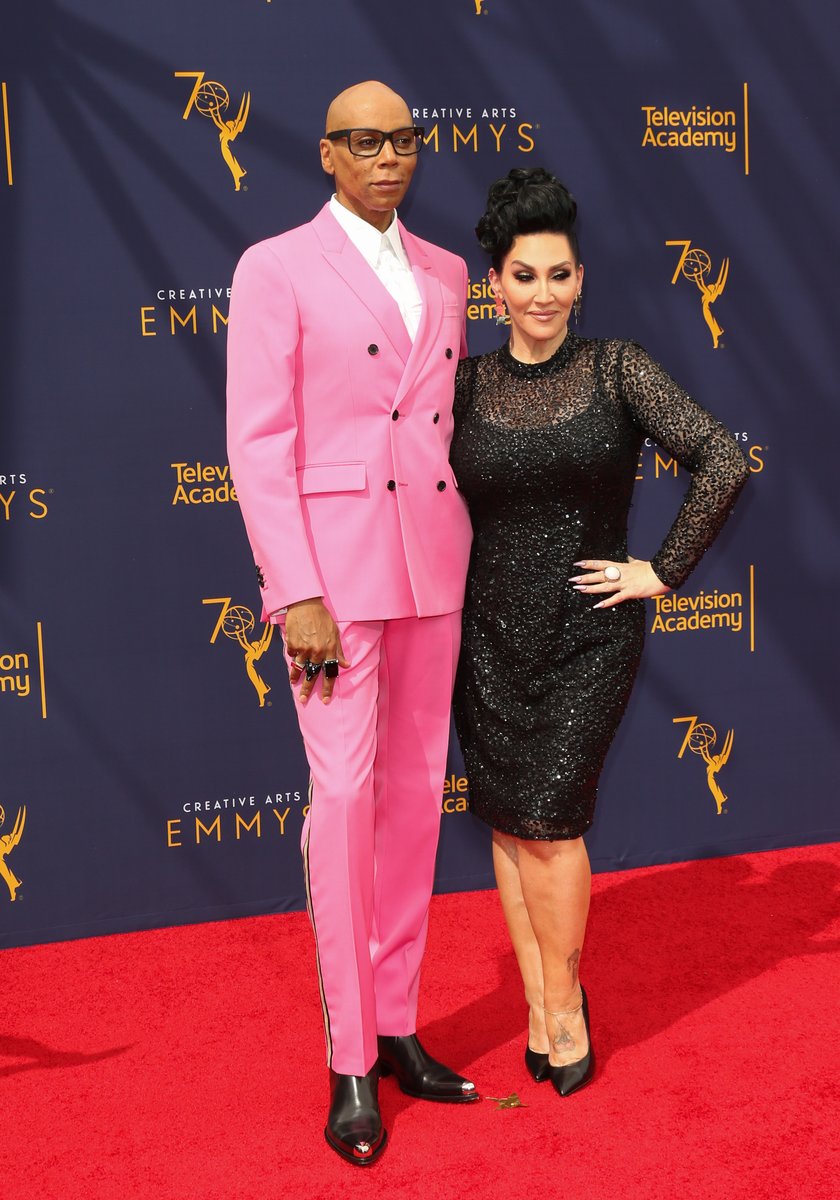 If you’ve been a fan of RuPaul’s Drag Race since the beginning, then you might know that Visage wasn't always a judge on the show.

Before Visage became a head judge, award-winning journalist, Merle Ginsberg, held the title until season three. While there had been rumours Ginsberg was 'fired' from her position, it was actually later revealed that Visage had originally been chosen to be the main judge.

Unfortunately for her, she was not legally able to be part of the competitive drag show as she had a five-year-long contract with a CBS radio.

As soon as her contract was up though, Visage became a permanent judge in season three and she's been there ever since. 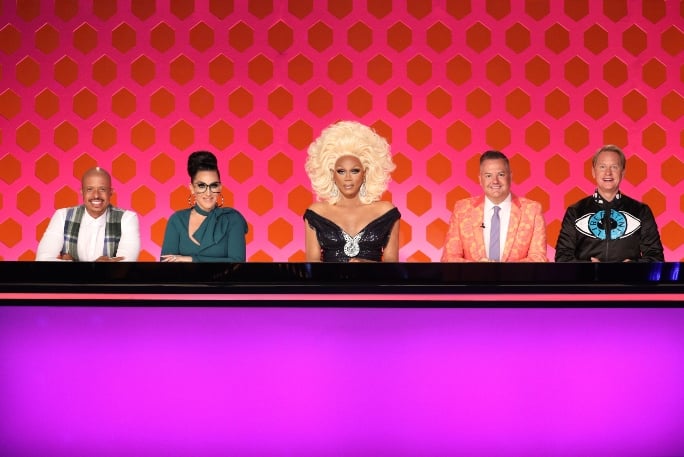 There has been a long-standing rumour about RuPaul wearing 'sweatpants' while judging drag queens from behind the desk, and according to one queen, it is absolutely true.

"It is a known fact that RuPaul's dresses are in two chunks," season eight winner Bob the Drag Queen explained. "Sometimes she'll work the runway and take off all of her padding and put on some sweatpants and UGG slippers and walk around the studio.

"Everyone knows this. RuPaul gets out of drag from the waist down to sit behind the table, which I would, too!"

The queens get two chances to walk down the runway. 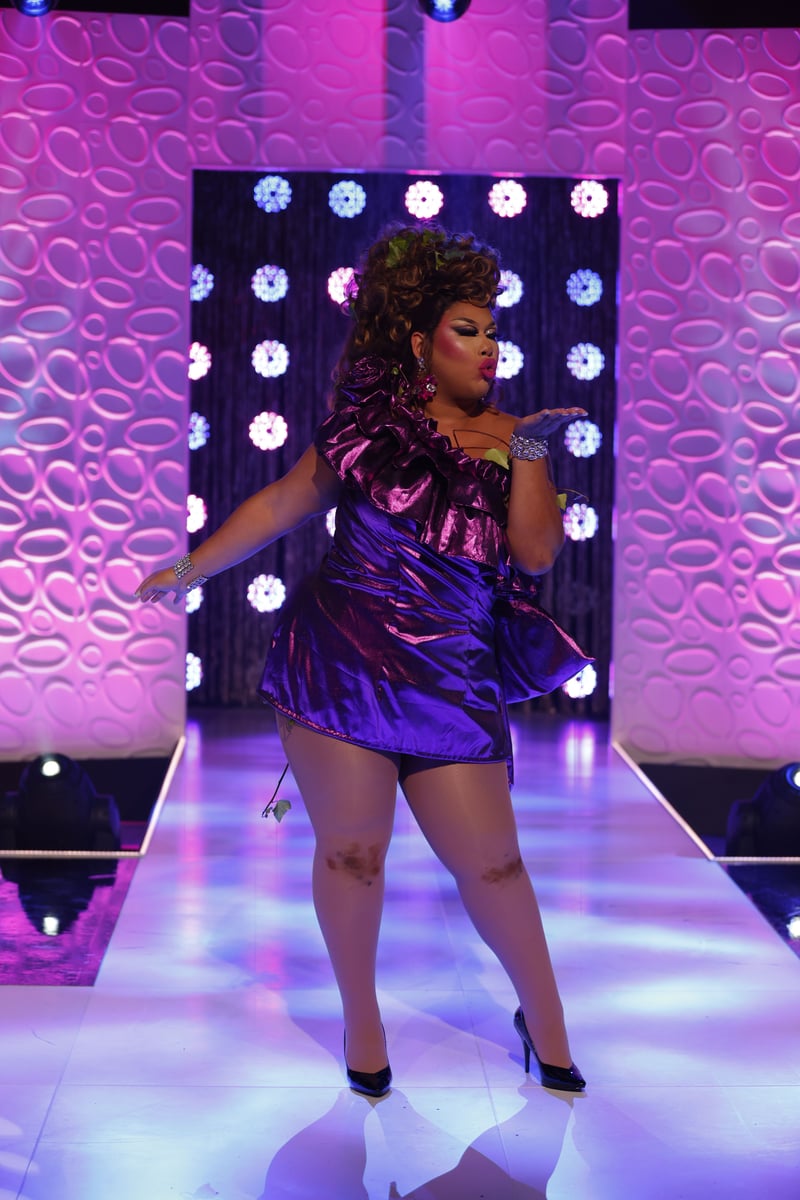 Coco Jumbo on the runway for RuPaul's Drag Race Down Under. Image: Stan.

For the main show, the queens walk the runway twice. The first time they get to strut to the music, and during the second, the judges are able to give their humorous commentary – which is why you never see any queen laugh due to comments from the judge.

UK Drag Race queen's don't get paid for competing on the show. 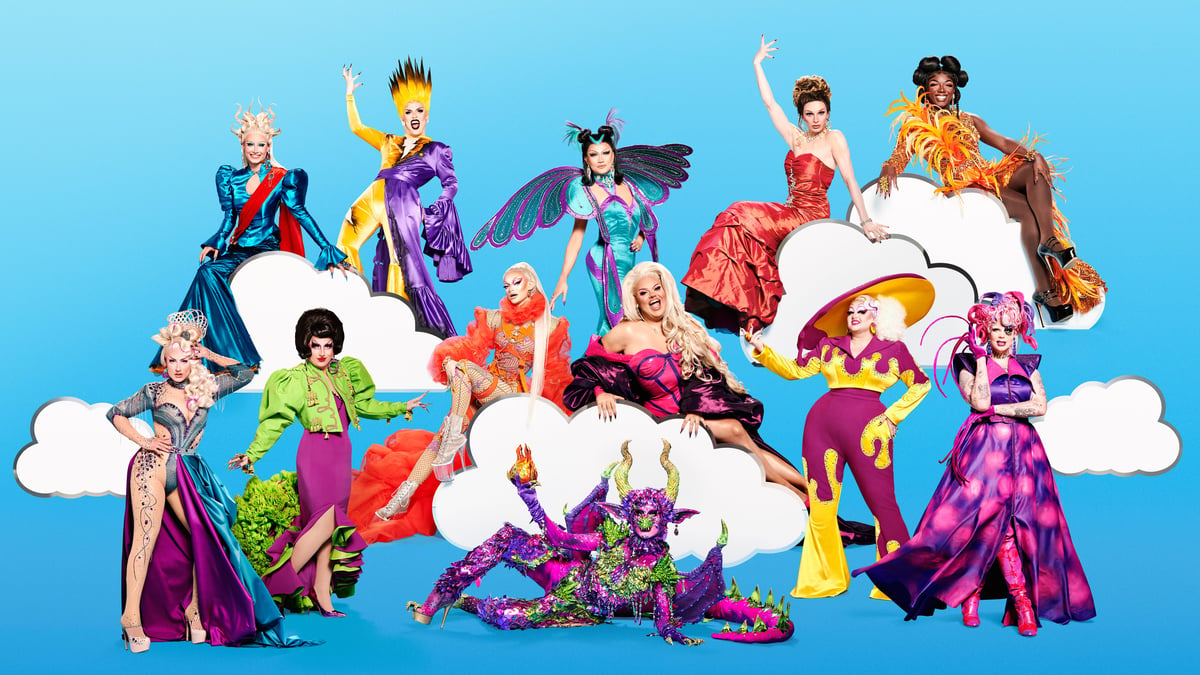 RuPaul's Drag Race UK received an overwhelmingly positive response from viewers upon its debut, but there's one part many international watchers didn't quite understand (and we don't blame you).

RuPaul made it clear from the first episode of season one that queens would not be scooping up cash prizes or big gift certificates, but instead would be receiving badges instead – and there is a reason for that.

As RuPaul’s Drag Race UK is produced by BBC Three, it means every program is funded with public money from the license fee. Therefore, the superstar of the season does not get to take any money home.

That being said, there is no doubt every UK queen will be able to cash in on their newfound Drag Race fame.

"I know [the queens] are used to making 50 quid, working their arses off for not a lot of money," Drag Race judge Michelle Visage told Gay Times.

"I’m hoping the show can get their fees raised and they get to go on tour, go to other countries. The American queens always get the attention and the gigs, but now this is an opportunity for the UK kids to become the superstars that they are."

RuPaul's Drag Race is available to stream on Stan.