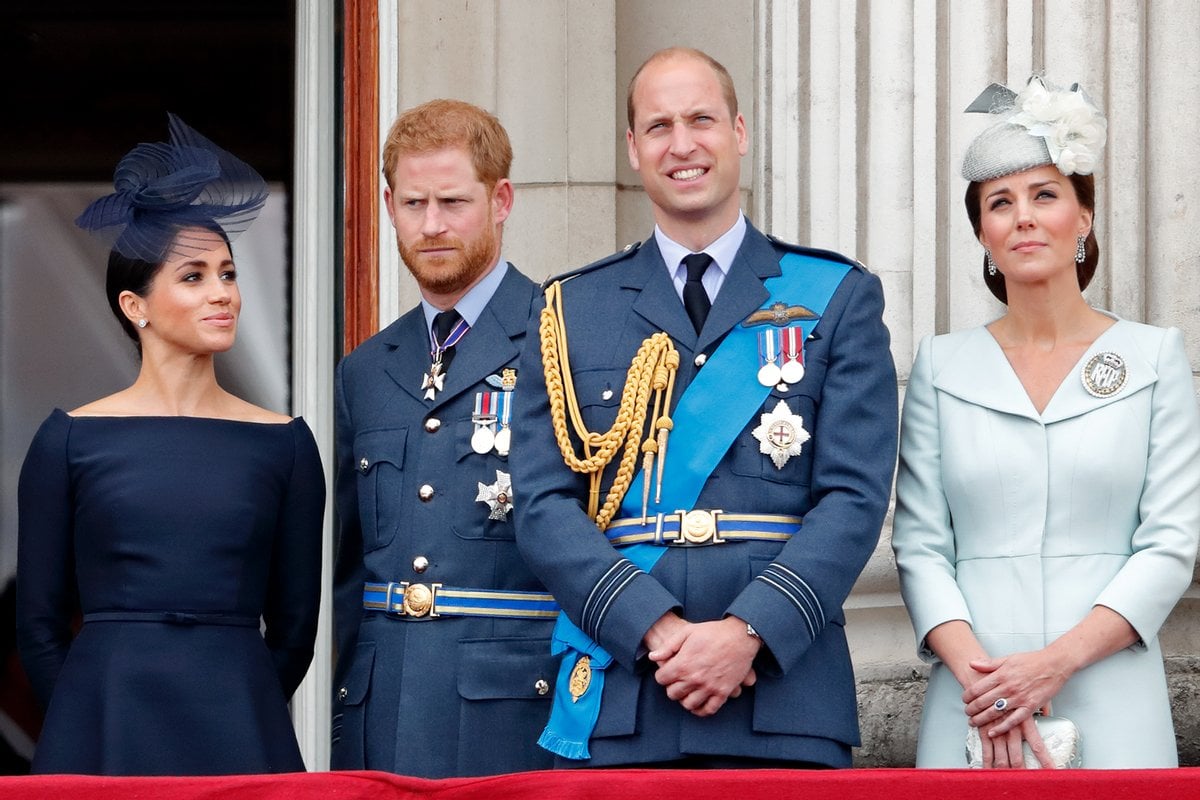 After staying silent for nearly 48 hours after Meghan Markle and Prince Harry's flammable interview with Oprah Winfrey, the royal family have provided a 61-word response to the accusations made against Buckingham Palace.

"The whole family is saddened to learn the full extent of how challenging the last few years have been for Harry and Meghan," the statement, issued by the palace on behalf of the Queen, read.

"The issues raised, particularly that of race, are concerning. Whilst some recollections may vary, they are taken very seriously and will be addressed by the family privately.

"Harry, Meghan and Archie will always be much loved family members," it concluded.

Breaking
Statement issued by Buckingham Palace on behalf of Her Majesty The Queen regarding #HarryandMeghan pic.twitter.com/APMFHOpzYG

The statement came after the Duke and Duchess of Sussex accused the institution of raising concerns about the colour of their then-unborn child's skin, refusing Markle medical help after she disclosed her suicidal thoughts to them and silencing Markle when she was subject to widespread false reporting in the media.

Prince Harry said that whilst he has never spoken more to his grandmother than in the past year, he has a distant relationship with his brother, Prince William, and is on shaky terms with his father, Prince Charles. The Duchess of Sussex also disclosed that her sister-in-law, Kate Middleton, made her cry before their 2018 wedding, although has since forgiven her.

The interview was watched by a staggering 12.4 million viewers in Britain, a country of 66 million.

So, what else has been said about the royals' response?

A well-placed source told The Times there are discussions taking place between royal aides over whether the Duke and Duchess of Sussex should lose their titles.

"It has never been done before but there are people who think it is both feasible and desirable," the royal insider said.

Here's what else we know.

On Tuesday, Prince Charles made his first public appearance, since the interview, at a COVID-19 vaccination pop-up clinic in London.

He did not respond to questions about what he thought of the interview when asked by reporters covering the event. 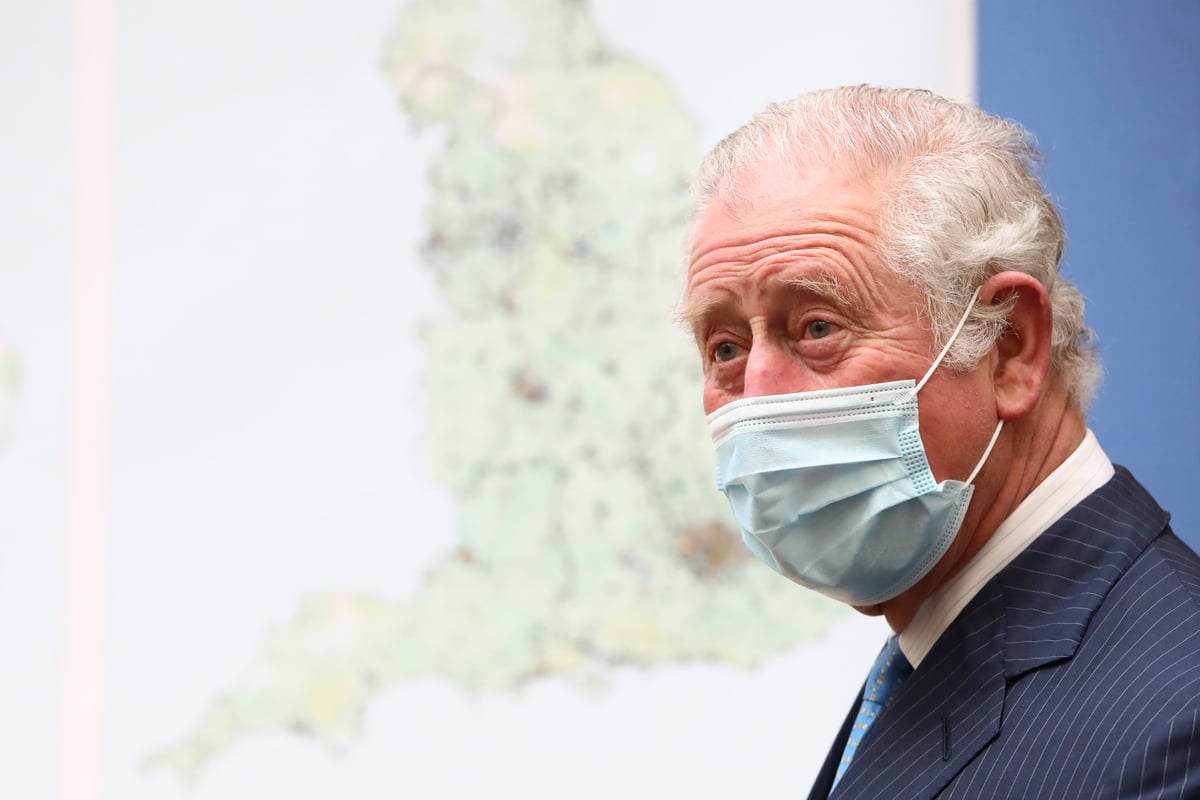 Prince Charles on Tuesday, during his first public appearance since his son's interview with Oprah Winfrey. Image: Getty.

One source told the Telegraph why Prince Charles stopped returning his son's calls.

“He plowed a lot into the wedding and the refurbishment of Frogmore Cottage and did his utmost to make them feel financially supported but when they said they were upping sticks, they asked for even more,” the source shared. “If he was less inclined to take calls, it might be because he didn’t want to be treated like a cash dispenser. I think a lot of parents will be able to identify with that.”

Another source told Standard that Prince Charles “supported the duke and duchess more than he would care to say".

"The feeling is it will be better to try to build bridges with the couple and to embrace them. However, this incendiary interview has caused pain and division." 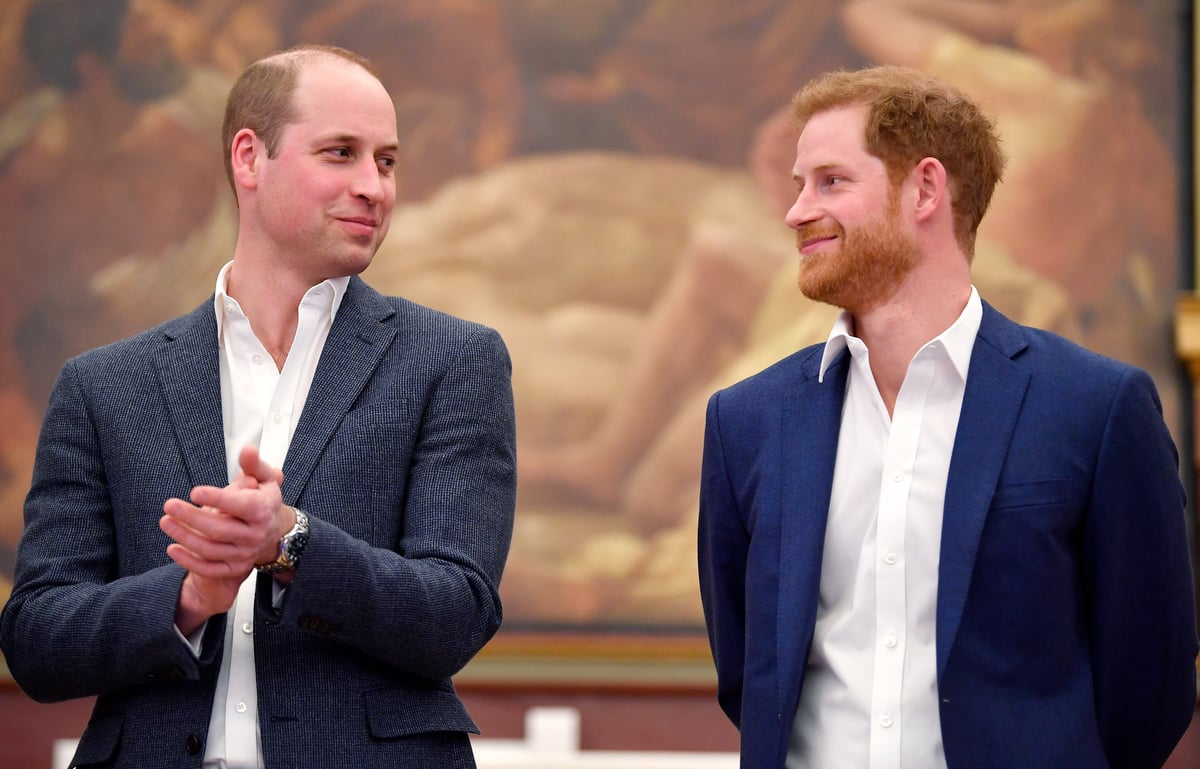 During the interview with Oprah Winfrey, Prince Harry said Prince William, the second in line to the throne, is "trapped" along with their father, the next in line.

He also described his relationship with his brother as one of "space".

"Harry was born in a very different role than William - he was born the spare, William the heir," she explains. "William has always known what his duty and birthright has been. I’m sure there's times when he's resented the establishment he's born into and there's been times he's kicked back at it. ... There are times certainly when William has struggled with his birthright, but to suggest that he's trapped in the institution, I don’t think it’s true and I don’t think it’s probably Harry’s place to say in any case." 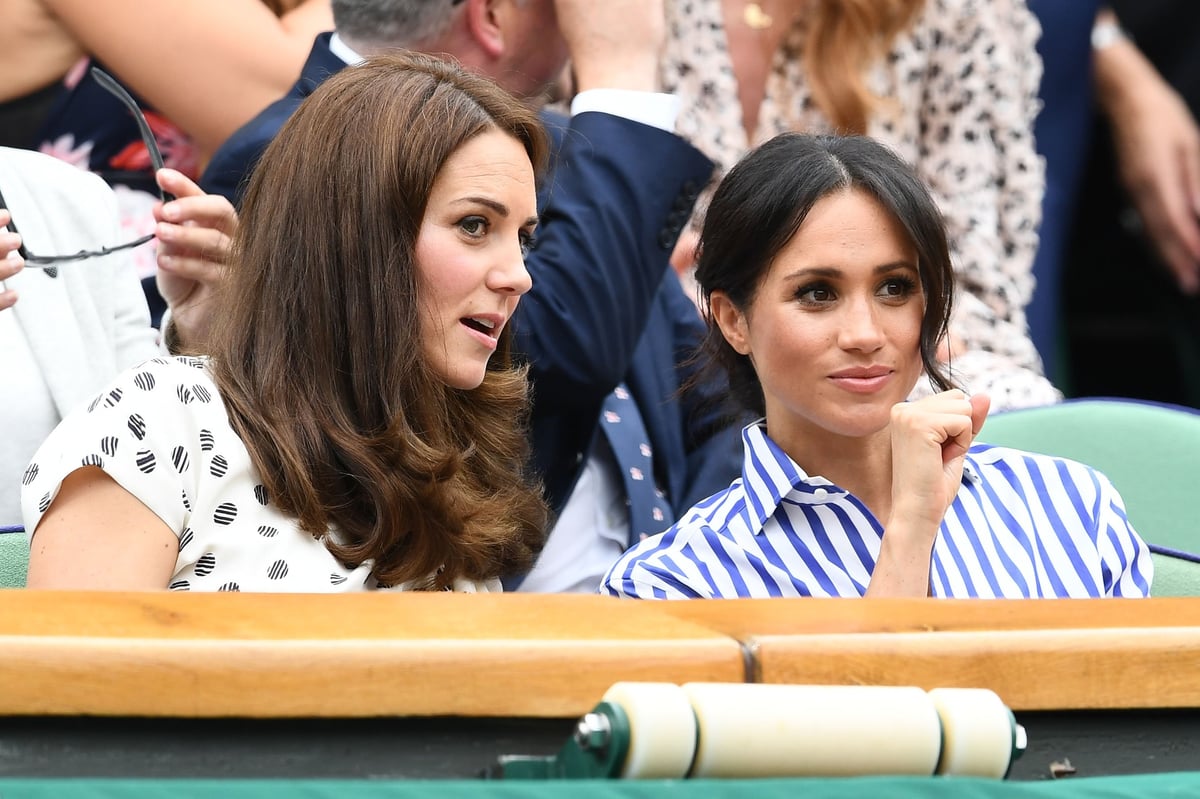 Kate Middleton and Meghan Markle at Wimbledon in 2018. Image: Getty.

The Duchess of Cambridge was one of the only family members Meghan Markle and Prince Harry actually named in the interview, when Markle spoke about the disagreement that occurred in the days prior to her wedding.

"It made me cry and it really hurt my feelings," the Duchess of Sussex said. "And I thought, in the context of everything else that was going on in those days leading to the wedding, that it didn’t make sense to not be just doing whatever everyone else was doing, which was trying to be supportive, knowing what was going on with my dad and whatnot."

In terms of her response to the interview, royal reporter Katie Nicholl added to her remarks above, "I think that the idea that Kate’s being dragged into this will be upsetting for Kate who behind the scenes has tried really hard to be a peacemaker between William and Harry. She has been deeply saddened by the brothers' falling out. Don’t forget she was incredibly close to Harry herself."