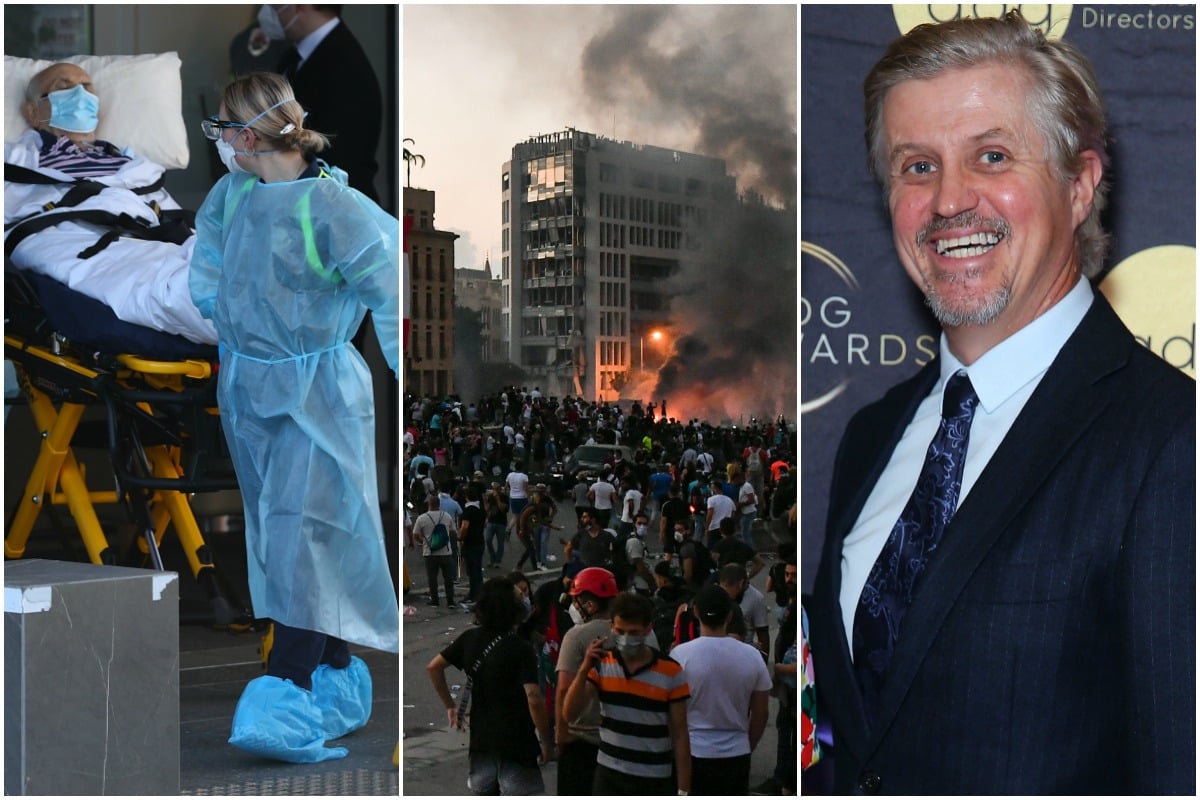 Australia's virus aged care death rate is among the highest in the world.

Federal health authorities failed to develop a coronavirus plan for aged care homes, with the pandemic leaving flaws in the sector "starkly exposed", a royal commission has been told.

Australia's virus aged care death rate is among the highest in the world, at 68 per cent, counsel assisting the commissioner Peter Rozen QC said on Monday.

It has been revealed that Australia's aged care fatality rate is among the worst in the world. #9Today pic.twitter.com/59FBxArlNu

He said while much had been done to prepare the national health system, neither the Federal Health Department nor aged care regulator developed a sector-specific plan.

Mr Rozen said aged care was offered no virus advice from either body from June 19 to August 3, a "crucial period" in the pandemic when cases in Victoria spiked.

"The COVID-19 pandemic has starkly exposed all of the flaws of the aged care sector," Mr Rozen said.

The aged care royal commission is holding hearings over three days to examine the virus response but Victoria's outbreak is not part of the scope due to its evolving nature.

Mr Rozen said the commission had received hundreds of submissions, some of which refer to inadequate staff infection control training and lack of access to personal protective equipment.

Australia's deputy chief medical officer has warned coronavirus deaths will continue to rise even if Victorian infections continue to stabilise.

The nation recorded its deadliest day of the pandemic on Monday with 19 new deaths in Victoria, 14 of which were linked to aged care.

The state's 322 new cases was the lowest figure in almost two weeks, sparking hopes strict lockdown measures and mandatory face masks may be having an impact. 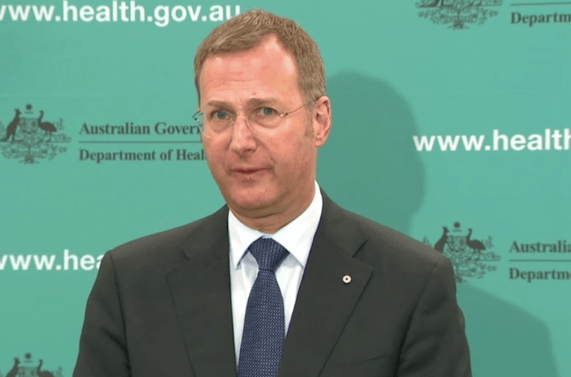 "We are seeing the first promising signs of a reduction in daily numbers of cases, but it is too early to be certain," he told reporters in Canberra.

Professor Kidd said it was heartening to see declining cases over the past five days.

"While we still have hundreds of cases being reported each day, we will continue to have people admitted to hospital and people becoming gravely unwell," he said.

"There is a seven to 10-day lag between the daily reports in numbers of cases and people dying."

NSW recorded 14 new cases on Monday, with five linked to a growing cluster at a now closed private school.

Queensland had one new infection, a man who returned from overseas in hotel quarantine.

Two teenage girls who allegedly lied on their border declaration forms to get into Queensland are waiting to find out if they have coronavirus.

During questioning yesterday, Prime Minister Scott Morrison said it's unlikely that normal movement without any restrictions will be restored by summer, but it is his "hope" that they will at least be eased by Christmas.

“If circumstances change and certainly if they change in the way we hoped they would, well, I would welcome it by Christmas, if it were possible,’’ he said.

“But I think it’s unlikely that we were able to move back to a restriction-free society. But I doubt that is going to happen. I doubt the medical position will enable that. And so you’ve just got to follow the medical evidence on all of these, whether it’s borders or whether it’s the restrictions on trade or of local businesses or whatever it happens to be.

“It’s important that we just, you know, look and test, interrogate the medical evidence and make decisions based on that and nothing else and be transparent about it.”

Global coronavirus cases have pushed past 20 million, with the United States, Brazil and India accounting for more than half of all known infections.

The disease has infected at least four times the average number of people struck down with severe influenza illnesses annually, according to the World Health Organization.

The death toll from COVID-19, meanwhile, at more than 728,000 has outpaced the upper range of annual deaths from the flu. 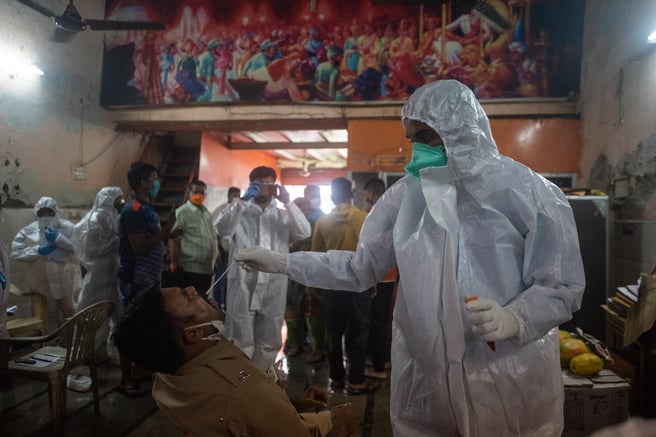 The tally of infections, which is compiled by Reuters based on government reports, shows the disease is accelerating.

It took almost six months to reach 10 million cases after the first infection was reported in Wuhan, China, in early January. It took just 43 days to double.

The United States is responsible for around five million cases, Brazil three million and India two million. Russia and South Africa round out the top 10.

The vaccine race has more than 150 candidates being developed and tested around the world with 25 in human clinical trials, according to the World Health Organization.

Lebanon's prime minister has announced his government's resignation, saying a huge explosion that devastated the capital and stirred public outrage was the result of endemic corruption.

The August 4 detonation at a port warehouse of more than 2000 tonnes of ammonium nitrate killed at least 163 people, injured more than 6000 and destroyed swathes of the Mediterranean capital, compounding months of political and economic meltdown.

In a televised address, Prime Minister Hassan Diab said on Monday he backed calls by ordinary Lebanese for those responsible for "this crime" to be put on trial. 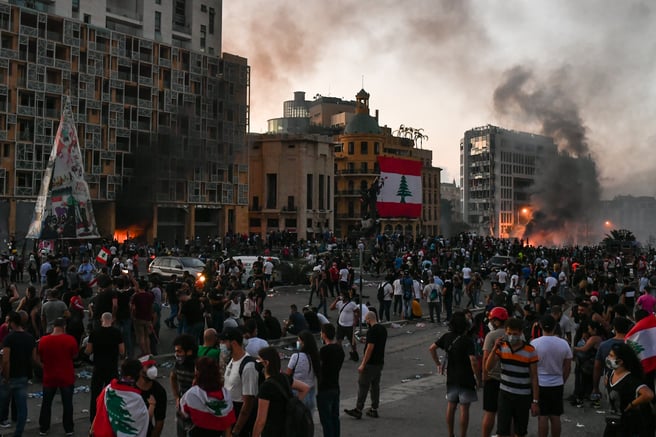 There have been protests for days, demanding the resignation of the government led by Prime Minister Hassan Diab. Image: Maxim Grigoryev/TASS/Getty.

Diab made the announcement after a meeting of his cabinet, formed in January with the backing of the powerful Iranian-backed Hezbollah group and its allies.

Many ministers were said earlier to want to resign, according to ministerial and political sources.

Diab said on Saturday he would request early parliamentary elections.

For many ordinary Lebanese, the explosion was the last straw in a protracted crisis over the collapse of the economy, corruption, waste and dysfunctional governance.

They have taken to the streets demanding change.

New research led by an ICU specialist working at the epicentre of the Victorian outbreak will examine how Australia's most seriously ill COVID-19 cases recover from the virus long term.

While most patients fully recover, there is concern over the growing number of patients whose serious health symptoms persist long after they have been discharged from hospital.

Carol Hodgson, a Monash University professor and ICU physiotherapist at Melbourne's Alfred Hospital, hopes the new study will help Australia prepare to meet the needs of these survivors.

"We know that Australia has some of the highest survival rates of COVID-19 so far, but we know nothing about the morbidity or the long-term outcomes of our patients, or the types of interventions they might require down the track," Prof Hodgson told AAP.

The patients' physical, psychological and cognitive recovery will be measured at three months after they leave hospital, and again at six months.

The mental health of recovering patients is also a concern. Anxiety, depression, and even post-traumatic stress appear to be prevalent among survivors overseas.

Australian actor Dan Wyllie has been charged with domestic violence offences after an alleged assault in Sydney's eastern suburbs.

The 50-year-old was arrested by police on Saturday after an investigation into the alleged incident at a Woollahra home in March, a NSW Police spokesman told AAP on Monday. 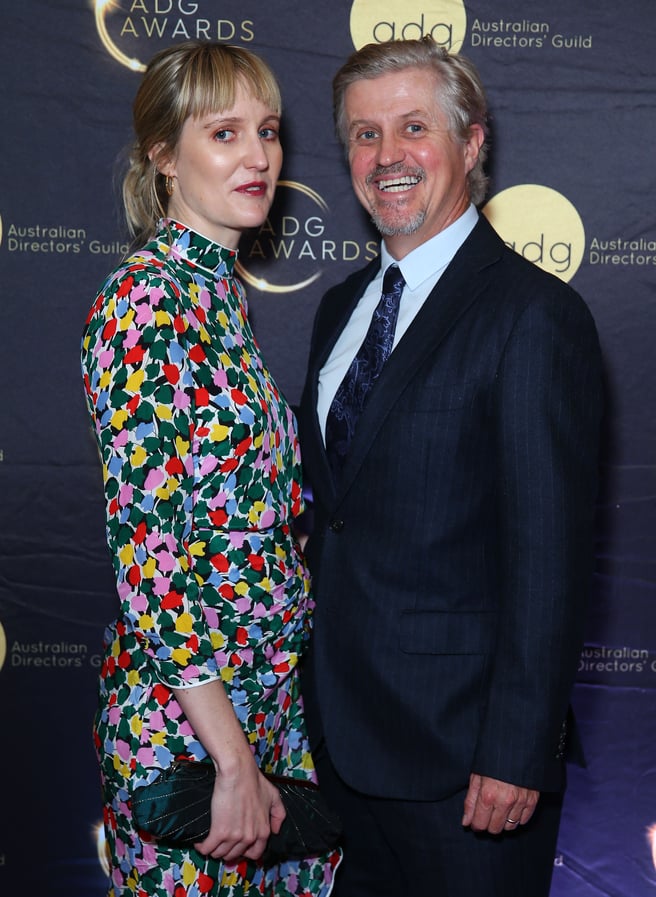 Wyllie, whose credits include Underbelly and SeaChange, has been charged with assault occasioning actual bodily harm and common assault.

Police also applied for an apprehended violence order against him to protect his partner, director Shannon Murphy.

The Parkes "dish," which helped broadcast man's first steps on the moon, has been added to the national heritage list.

The Parkes telescope becomes the 118th site on the list, which will see it preserved and protected.

Our iconic Parkes radio telescope has been officially recognised for its contribution to humankind’s understanding of the Universe with its addition to the National Heritage List.#CSIROSpace https://t.co/n6ZYYGyRc3

"It has also shone a unique light on the role of rural Australia and its contribution to scientific discovery," she said on Monday.

Along with NASA's Honeysuckle Creek Station in Canberra, the dish played a key role in televising signals from the 1969 Apollo 11 mission to the moon.

- McDonalds is suing a former chief executive for allegedly lying to the company about sexual relations with staff.

- Katherine Schwarzenegger and her husband Chris Pratt have welcomed their first child together.

Reply
Upvote
1 upvotes
It would be interesting to know how many of the people dying from the aged care sector had no medical intervention orders in place. These stats make it look like the medical system is failing, perhaps its possible some of these people had those orders in place. Both my elderly grandparents had them in place by age 80.
G
guest2 2 years ago

Reply
Upvote
@km I heard on the news last night that in one of the states it had been decided not to move aged care residents (who tested positive) to the hospital.  Irrespective of whether those residents who died had an Advanced Care Directive in place, it is disgraceful that on old person should die alone.  Also, most Directives don't state that the individual should be denied any sort of medical care.
K
km 2 years ago

Reply
Upvote
@guest2 ... I agree it’s incredibly sad for anyone to die alone. My personal experience with medical directives has been that they usually only consent to comfort care, not interventions aimed at prolonging life, but I guess they are all very individual.
G
guest2 2 years ago

Reply
Upvote
@km the  care that many of those elderly would have included (more than likely) oxygen support, or a palliative care cocktail of medications to help them be more comfortable.   The vast majority of nursing homes are not equipped to deliver this care.
C
cat 2 years ago

Reply
Upvote
@guest2 not to excuse the decision, because it was clearly a bad one, but that was in NSW at Newmarch, very early on in the pandemic. They were basically completely underprepared and hospitals were concerned about being flooded so the idea was to send nurses to the nursing homes rather than the elderly to the hospitals. Obviously that ended in disaster, and that approach was swiftly scrapped.
Resources
Very Peri
Skin
News
General
Opinion
True Crime
Politics
Sport
Explainer
Entertainment
Celebrity
Reality TV
Movies
TV
Books
Rogue
Royal
Lifestyle
Beauty
Fashion
Weddings
Home
Wellness
Health
Fitness
Travel
Food
Family
Before The Bump
Pregnancy
Baby
Kids
Teens
School
Parent Opinion
Work & Money
Money
Finance
Career
Lady Startup