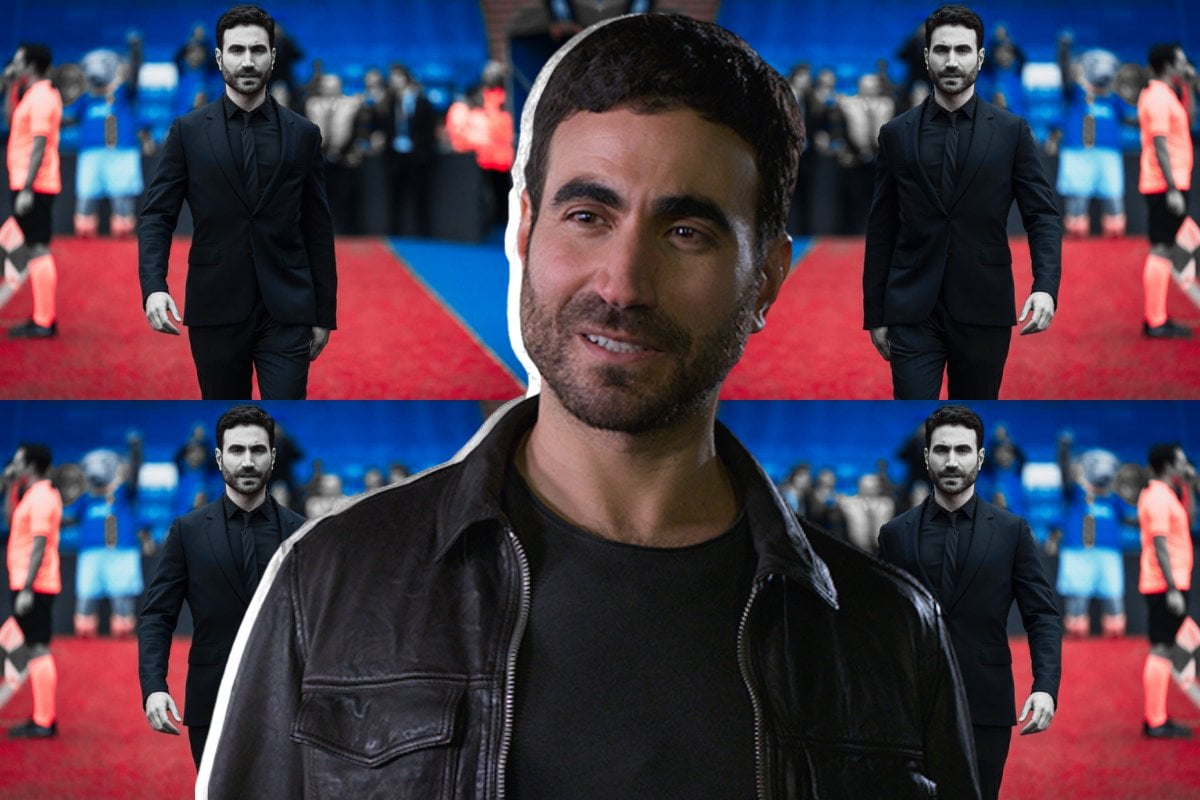 I still remember the first moment I saw you.

You were watching a press conference in a locker room, and I was eating chips on the couch.

You yelled, "Oi, if I don't hear silence, I'll start punching d*cks" and I thought how efficient.

This is not a man who minces his words.

I liked your strong eyebrows and your stern look, which constantly reminded people you were fully prepared to punch d*cks at any given moment.

Watch the trailer for season two of Ted Lasso. Post continues below.

I soon discovered your name was Roy Kent, and you were a football player for Richmond FC. You were mad because Ted Lasso, a man you liked to refer to as "Ronald F**king McDonald" had just been appointed to coach your team.

You knew Ted Lasso knew nothing about the game and that he would never even dream of punching someone in the d*ck. And that seemed odd to you.

Ted was the sun to your moon, a man who saw the good in everyone and everything.

And you, Roy, obviously wanted to punch him in the d**k.

For the next few episodes, my heart rate increased slightly every time I heard your gravelly voice tell someone to stop "being a f**king d*ckhead", or heard you groan when one of those "little d*ckheads" slightly inconvenienced you.

It was refreshing to meet a man who liked to swear more than me and had better eyebrows than me.

You were an angry fella, and I liked it.

You quickly became my go-to pop culture reference for a character who has no time for bullsh*t and says it as it is.

But then towards the end of season one and throughout season two, something changed.

My love for you deepened. And dare I say it, our relationship strengthened.

You were no longer just an angry man who grunted and said f**k a lot. You became a bloody beacon of hope in an otherwise dreary world.

You became a man who could shout a few poignant lines of dialogue and completely change a character's life.

That shouty man with the fantastic eyebrows had become the poster boy for non-toxic masculinity. A man who would never let a woman settle for less than what she was worth.

A man who would hug another man when he could see he was in distress.

A man who could accept his own flaws and admit to his own mistakes.

A man who could learn to love that human ray of sunshine/Ronald F**king McDonald that is Ted Lasso, even though he can be really bloody annoying at times.

Millions of women around the world felt seen when you told Rebecca: "He’s fine. That’s it. Nothing wrong with that, most people are fine. But it’s not about him. It's about why the f**k do you think he deserves you. You deserve someone who makes you feel like you’ve been struck by f**king lightning. Don’t you dare settle for fine."

Many more of us felt seen when you said to Keeley: "Babe, I think you’re the cat's pajamas but your feet are a f**king state."

You sir, grew exponentially as a person.

Listen to the latest episode of Mamamia's daily entertainment podcast, The Spill. Post continues below.

You fell in love, you were there for your niece when the man in her life let her down, and you became a support person for your former teammates.

You even let a bunch of nine-year-old girls get trophies for winning... nothing.

You're the always a little bit shouty man, with glorious eyebrows, who honestly just wants the best for everyone. If only they could stop being such little d*ckheads.

We could all do with being a bit more like you, Roy. To be passionate about what we love and who we love. To wear our hearts on our sleeve. To constantly find new and interesting ways to insult those around us.

So thank you, Roy Kent, the man I would like to yell at me a little each and every day, for just being you.