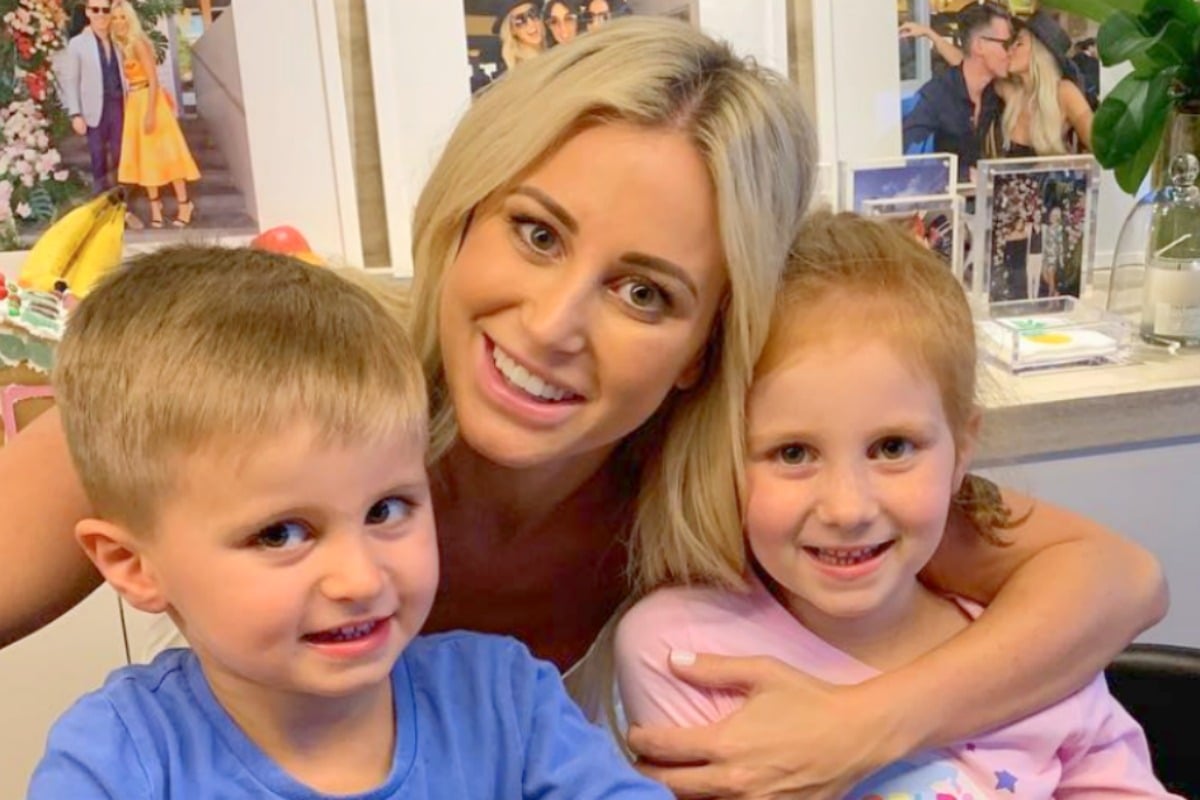 Roxy Jacenko is known as a media identity and a Sydney public relations guru, with two children, Pixie, 7, and Hunter, four. And her glamorous but also exceptional life has made national headlines for years.

It’s this exact media attention however, that’s meant Jacenko has been the target of online trolls, and what she calls “Tall Poppy Syndrome”. But she’s now explained that it’s not her first experience of being bullied.

Speaking to Mamamia, the 39-year-old admitted that she was teased as a child because of an eye condition.

“At the age of three, my eyes went from perfectly straight to very cross-eyed,” Jacenko said. “Whilst it doesn’t seem like a big deal, [it] formed the basis to become the target of all sorts of playground nastiness.”

Jacenko was easily able to recall the taunts, which included, “I am talking to you, why won’t you look at me? [and] What’s wrong with your eyes, they are going in two different directions.”

Jacenko said that whilst the bullying wasn’t from every child, it happened often enough for the experience to be a life-long memory.

“There is always a few that find humour in ridiculing others,” she said.

Jacenko was finally able to have corrective surgery at 13 years of age, which was another traumatic experience:

“To this day I remember [it] as the most painful operation I have ever had. Imagine waking up with eyes that feel like they are full of sand, that you can’t open and when you do you are laying in a pool of blood”.


As a parent now, Jacenko has also recently witnessed bullying of her daughter, Pixie.

“Pixie was in a very unique situation,” she explained, referring to the cruel taunts her then five-year-old daughter heard whilst her husband and Pixie’s father, Curtis, was incarcerated for a year between 2016 and 2017 for conspiracy to commit insider trading.

“The most confusing part for me that she was not the first, and won’t be the last, child in school whose parent faces jail.

“Parents were clearly speaking about our situation and doing so in front of their children. Pixie’s fellow students made her time in school very challenging… [although] the school was incredible.”

As soon as Pixie’s school was made aware, it handled the situation appropriately and resolved the issue.

“[They] not only addressed it with the students, but the parents too. Kids will repeat whatever they hear from their elders, and more often than not, it becomes somewhat like [a weed] and this is what happened with Pixie.

“One minute she was told her dad broke out of jail and the next that her dad was a very bad person. Not something you want any child to hear, especially when they are so impressionable and it’s their father.”

What happened to Pixie as well as her own experiences have made the mum-of-two passionate about kindness and tolerance.

“I couldn’t change my difference, and Pixie could certainly not change her family circumstances,” she said. This is one of the reasons why Jacenko has co-authored a children’s book, Penelope’s Playground, about acceptance of differences.

“I looked for books like this in the Australian book stores, and strangely, I wasn’t able to find anything in the category at all that would help paint a picture in a light hearted and fun way of the importance of being kind to one another, accepting other people’s differences and celebrating them,” Jacenko explained.

“The sooner we educate our children about the importance of being accepting and [being] kind to one another, the better, it sets them up for their future.”

Jacenko added that Pixie was “vocal with her critique through the [writing] process – right down to the look of the dog who is based on our family Pomeranian.”

As for the current online trolling Jacenko experiences regularly, she says:

“Tall Poppy Syndrome is well and truly alive and well in Australia and it blows my mind every day what comes out of people’s mouths – most regularly on Instagram.

“I have had all sorts of things thrown at me… But you know what, I know better than anyone not to worry about everyone else’s opinions, take them with a grain of salt and just worry about your family and yourself.

“I use any negativity [as] a driver to succeed even more… It’s a motivator.”

Did you experience bullying at school? Tell us in the comments below.