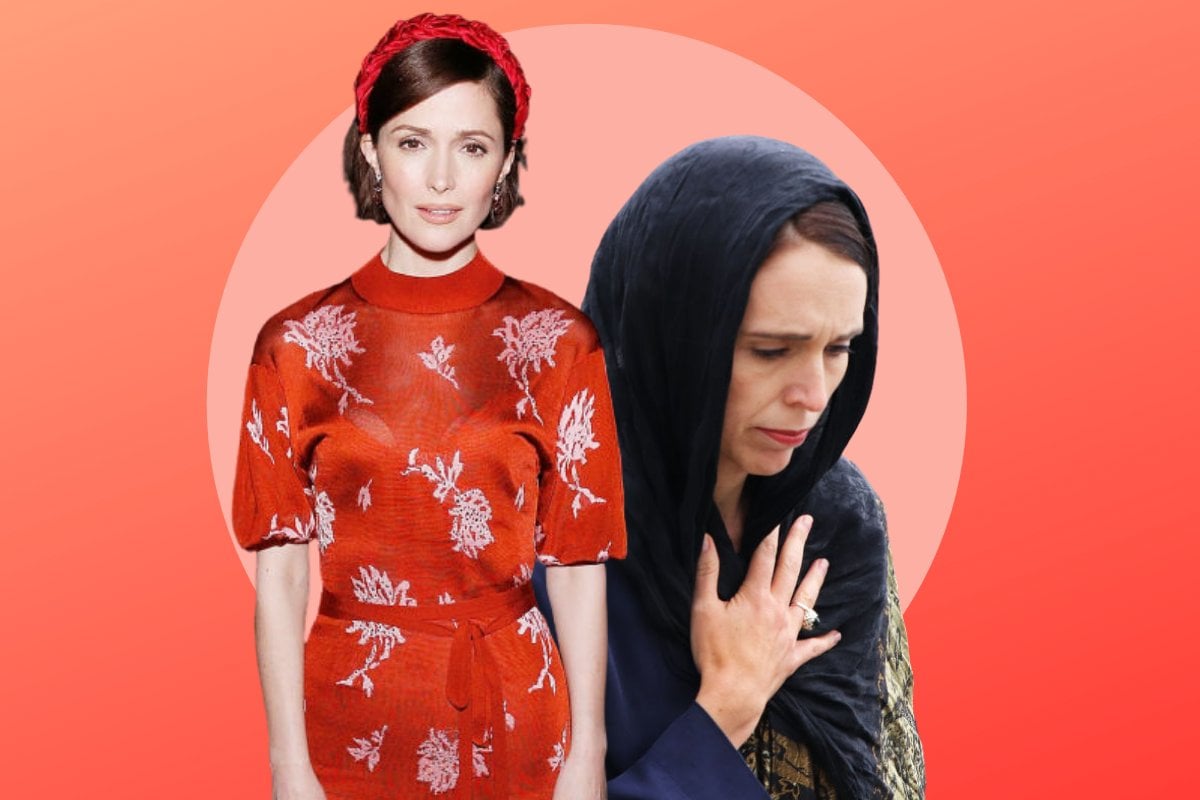 For many Australians, watching Two Hands was the first time they set eyes on Rose Byrne.

The comedy crime film, which was released in 1999, starred Rose Byrne alongside David Field, Bryan Brown and of course, the late Heath Ledger.

The movie, which has since been described as an Australian classic, is often noted as the source of Ledger’s big break.

And in the years since the quirky film was released, Rose Byrne has certainly become a Hollywood star in her own right.

Over the years, the now 40-year-old has starred in a number of big films including 28 Weeks Later, Troy, and X-Men: First Class as well as a spot on TV show Damages, which earned her two Golden Globes nominations.

In more recent years, the actress has also stepped into a number of comedic roles, including Get Him to the Greek, Neighbours, Bridesmaids, and The Internship.

With her latest project, Physical, coming to Apple TV this week, here's everything you need to know about the Australian actress.

Byrne, who was born to parents June and Robin, is the youngest of four children in her "close-knit" family. She has an older brother, George, and two older sisters, Alice and Lucy.

Despite her early start in the field, Byrne experienced "plenty of rejection" from Australian film schools.

After studying an Arts degree at Sydney University, Byrne went on to study acting at the Atlantic Theater Company in New York City in 1999.

Before she started acting school, Rose Byrne's acting career actually began in 1994, when she was just 15 years old.

From there, she starred in a number of Australian television shows, including Echo Point in 1995 and Wildside in 1997.

Byrne's first appearance in a Hollywood film came in 2002 when she made a brief appearance as Dormé in Star Wars: Episode II – Attack of the Clones.

"That was easy, I just stood by Natalie Portman looking very serious," Byrne said of her appearance in the film.

Byrne's big breakthrough roles in Hollywood came in 2007, when she starred in two sci-fi films – Sunshine and 28 Weeks Later.

2011 was another big year for Byrne, with the actress appearing in Insidious, Bridesmaids and X-Men: First Class.

Her career had been largely controversy-free, until 2021 when criticism mounted about an upcoming project about the 2019 Christchurch massacre — a mass shooting in which 51 people, most of whom were Muslim, were slaughtered by a lone gunman.

Key members of New Zealand's Islamic community slammed the film, titled They Are US, describing it as "inappropriate" and a "white saviour film". According to The Hollywood Reporter, it was billed as an "inspirational story about the young leader's response to the tragic events", with Byrne in the lead role of New Zealand Prime Minister Jacinda Ardern.

A petition circulated online calling for the film to be shut down attracted more than 60,000 signatures, and one of its producers abandoned the project. Bryne is yet to respond.

The pair dated for six years, with Cowell moving to New York City from Sydney to be with Byrne, until they amicably separated in early 2010.

Cannavale, 49, is best known for his appearances in Will & Grace, Mr Robot, Boardwalk Empire, Master of None and Netflix's The Irishman.

Although Byrne isn't engaged or married to her long-time partner, she does refer to Cannavale as her "husband".

"He's practically my husband, so calling him that is easier," Byrne told Evening Standard.

"The formality isn't a draw for me, but we'll do it one day. Once you have children, I just think, why not?"

The couple welcomed their second son, Rafa, in November 2017, who was named after tennis star Rafael Nadal.

Cannavale also has a 24-year-old son, Jake, who he shares with actress Jenny Lumet. The 24-year-old recently starred in Disney Plus series, The Mandalorian.

Speaking to MiNDFOOD in November 2018, Byrne opened up about life with her two young sons, describing it as "completely bonkers".

"I’m always thinking I’m going to be on top of everything and I never am," she admitted.

"I’m always completely overwhelmed. I have no business telling anyone how to do parenting. I’m totally learning on the job.

"What’s great is the universal language you have with people, calling mum or my sisters or my best friend or people I work with, anyone, and I’ll ask, 'How did you do this?' That’s what’s really lovely about having a family is the instant kind of community you find."

Since welcoming their two children, Byrne and Cannavale have increasingly taken on roles together.

In fact, in the nine years that the pair have been a couple, they've worked together at least six times.

"It starts out as a very pragmatic thing," Cannavale told Vanity Fair.

"You have the kids, the kids are getting bigger, and you don't want to spend time apart."

Their latest joint project, Seriously Red, brought the couple from their Brooklyn base to northern NSW in 2020 (where Cannavale also filmed Nine Perfect Strangers).

A passionate advocate for gender equality, Byrne hopes to model that for her children.

"For a start, I teach them by being a working parent," she told Marie Claire Australia.

"We’re an example of a household that balances both parents going out to work. But I also totally respect mothers who stay home. It’s really hard work, and recognising that is what Gloria Steinem fought so much for. Why is [raising a family] not working? What goes on in the home is the most beneficial contribution to children and [society]."

I once locked eyes with Rose Byrne in Balmain Woolworths.

So, yes, you could say that things between us got pretty serious. Chemistry was sooo hot, it's lucky that we were in the refrigerated section.

Well, since we are name dropping - Toadfish brusquely passed by me at Coles to get the last roasted chook - you should have seen it, that was one magnificent piece of poultry.

I've never been able to watch neighbours since then

Toady was always one for wreaking havoc.