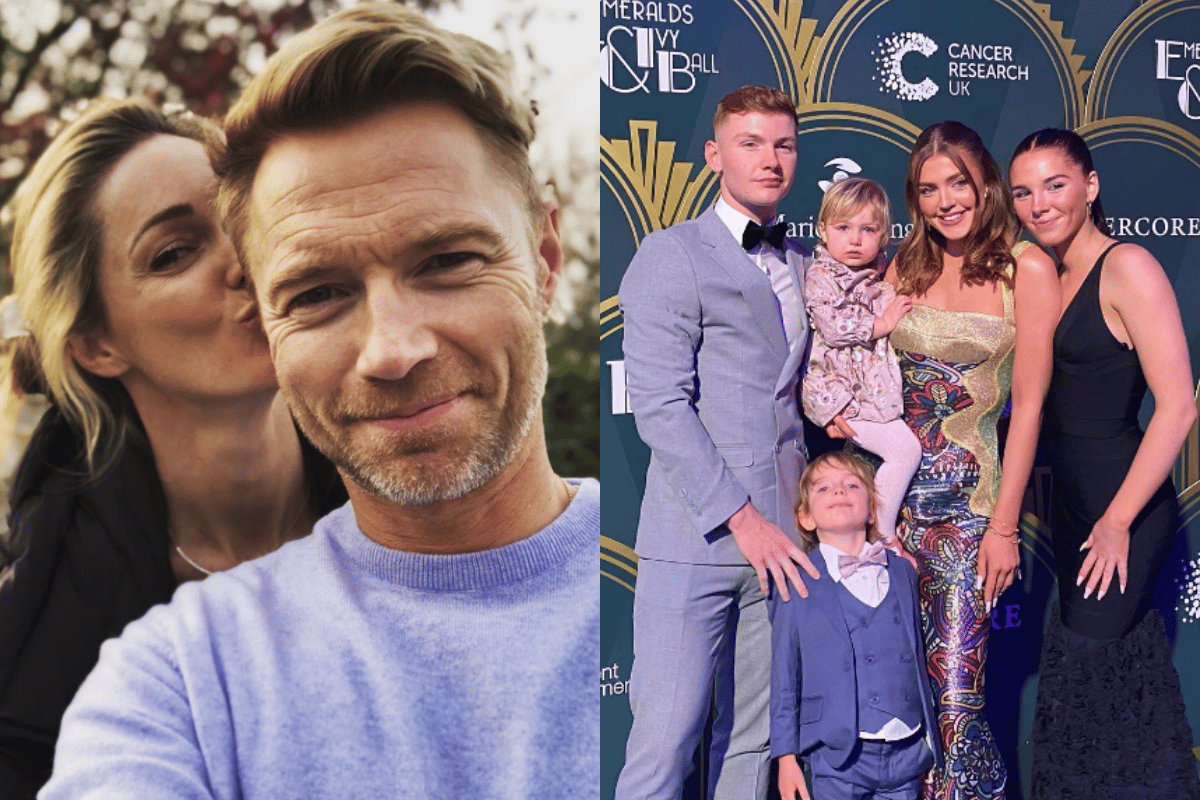 Ronan Keating is an Irish singing icon. In the early 90s, he rose to fame with the Irish boy band Boyzone. But it wasn't until 1999 that his celebrity status rocketed to the next level.

He gained worldwide attention when his single 'When You Say Nothing at All' was featured in the film Notting Hill, reaching number one on the charts in several countries.

And of course with fame comes interest - especially when it comes to a star's home life.

So when news broke that Keating had cheated on his first wife with a back-up dancer, the tabloids went wild.

Watch Ronan Keating singing on The Voice. Post continues below.

Years down the track, Keating has lifted the lid on it, making some rather choice comments on the relationship, and his challenges with co-parenting.

Here's everything we know about the Keating blended family.

While Keating's career was taking off, Connolly's career was put on the backseat. Reflecting on that, Connolly said she lost herself during this time in her marriage.

"I made the decision not to work, to step away from the limelight when I had my first child. I turned down a lot of work during those years," she told Image Magazine.

"In hindsight, I feel I lost my identity as a woman, as an individual. I was very happy to take my husband's name. We all think when we marry that it will last forever. I do wish that I'd kept working though, that I'd had more confidence in myself, as a mother and as a woman."

By 2010, things weren't great in their relationship.

Connolly sensed that her husband was keeping something from her. She later came across his phone bills, and when she saw a number listed frequently that she didn't recognise, she decided to call it to find out more. The person who answered was Boyzone back-up dancer Francine Cornell.

Cornell had been in involved in a secret, seven-month affair with Keating.

"She knew something was going on and she got hold of his phone records and called my number," Cornell previously told The Sun.

"From my voicemail, she got my name - that's how she found out. Ronan tried to deny it all at first. He said I was a dancer from the tour and we were just good friends."

Connolly then decided to get in touch with Cornell to uncover the full story, with the pair meeting up for a "quick 20-minute conversation".

"It was very hard to figure out who you can trust. And in fairness to her, she came and met me. But the 20-minute conversation turned into a couple of bottles of wine," Connolly explained on Brendan O'Connor's Cutting Edge.

"After a few hours, I realised she needed it as much as I did and I know it sounds very dramatic, but she was as much as a victim as I was. I think we both got something from it. It was basically two girls in love with the same boy who over a five-hour conversation realised that that boy was not who we thought he was." 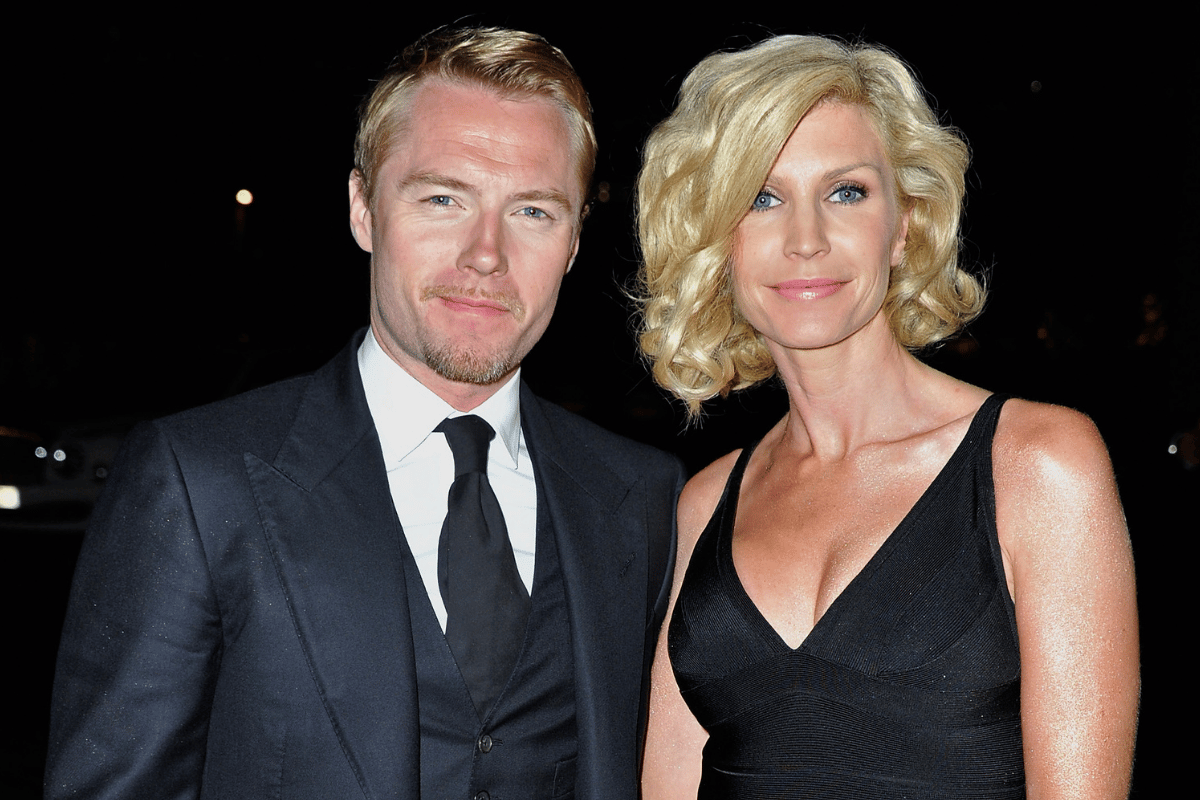 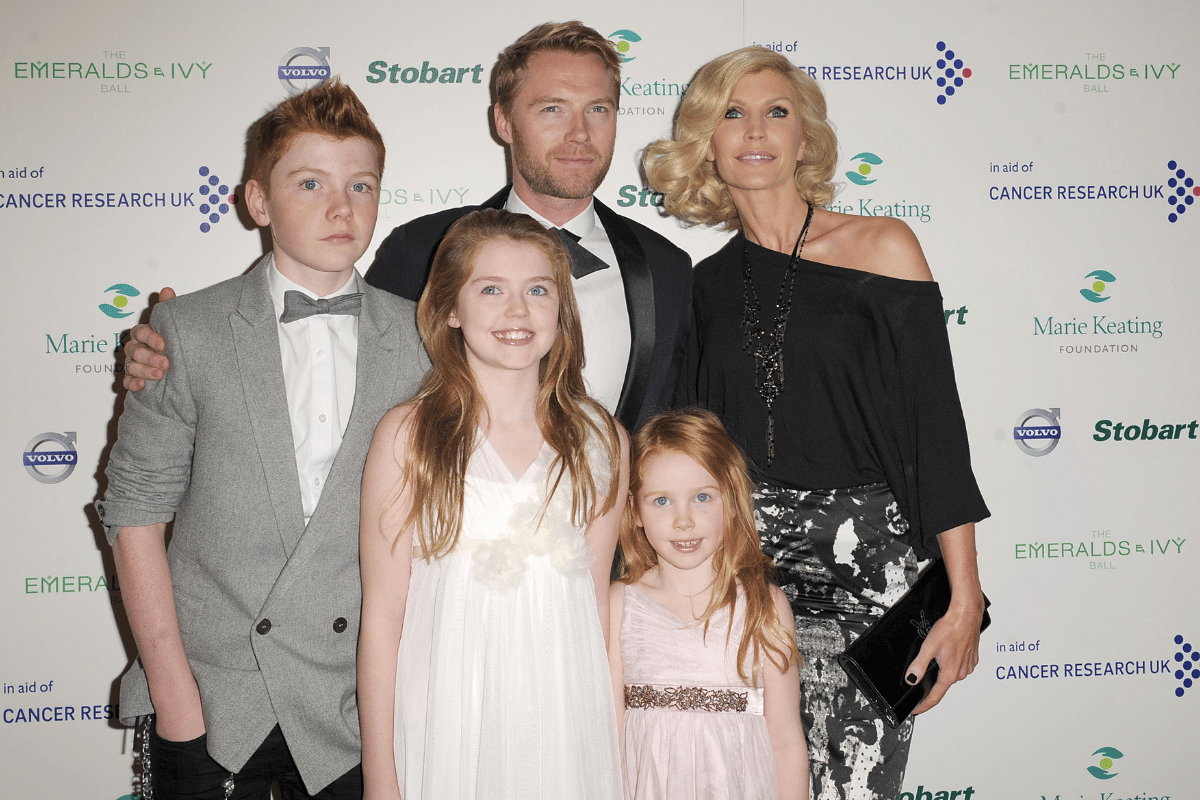 Image: Getty. Reflecting on the affair in 2016 during an interview with the Daily Telegraph, Keating said: "Nobody should have an affair. If you're man enough to have the balls to go home and say, 'Sorry, this isn't working anymore,' that's the ideal situation, isn't it? But we're weak. We don't do that. So yes, I hurt people and I am sorry for that hurt. I'm saying sorry."

If you assumed that statement meant Keating was apologising for the affair, you're wrong. Soon after the interview was released, he shared a post to his Facebook page to clarify how he felt.

"There is a lot more to it than an affair and obviously it was broken well before then," he wrote, as reported by the Mirror UK.

"Over the years, I have kept my mouth shut and taken all the blame for the sake of my kids and my ex-wife. But enough now. After six years, I draw the line," he continued.

"There are always two people in a relationship and if it's not working, there's more than one good reason for it. Please respect that everyone has moved on. Not once did I say I was apologising to my ex-wife or saying sorry for the affair. I said I was sorry for all the hurt it had caused, to which I truly am."

In 2015, their divorce was finalised. Just in time for Keating's second marriage.

Keating and Storm Uechtritz (now Keating) met and fell in love on the set of the Australian version of The X Factor, where Storm worked as a TV producer.

They exchanged their vows in front of 170 family members and friends at an outdoor ceremony overlooking the Scottish coast in 2015, with Keatings' three kids also in attendance.

Speaking about co-parenting his three eldest kids with his ex-wife, Keating said it has been a struggle over the years.

"It wouldn't be easy all the time, but you try for the children always to just remain calm and get through it," he told The Irish Sun in 2018.

"You've got to always remain in an adult state of mind so that you can deal with it. There are times when I get very angry, very frustrated, and you really have to bottle that. You've got to protect the children always."

As for the eldest three kids, here's what they're up to.

Jack, 23, is currently on Love Island UK, which is causing plenty of media interest.

Outside of the show, Jack works as a social media manager.