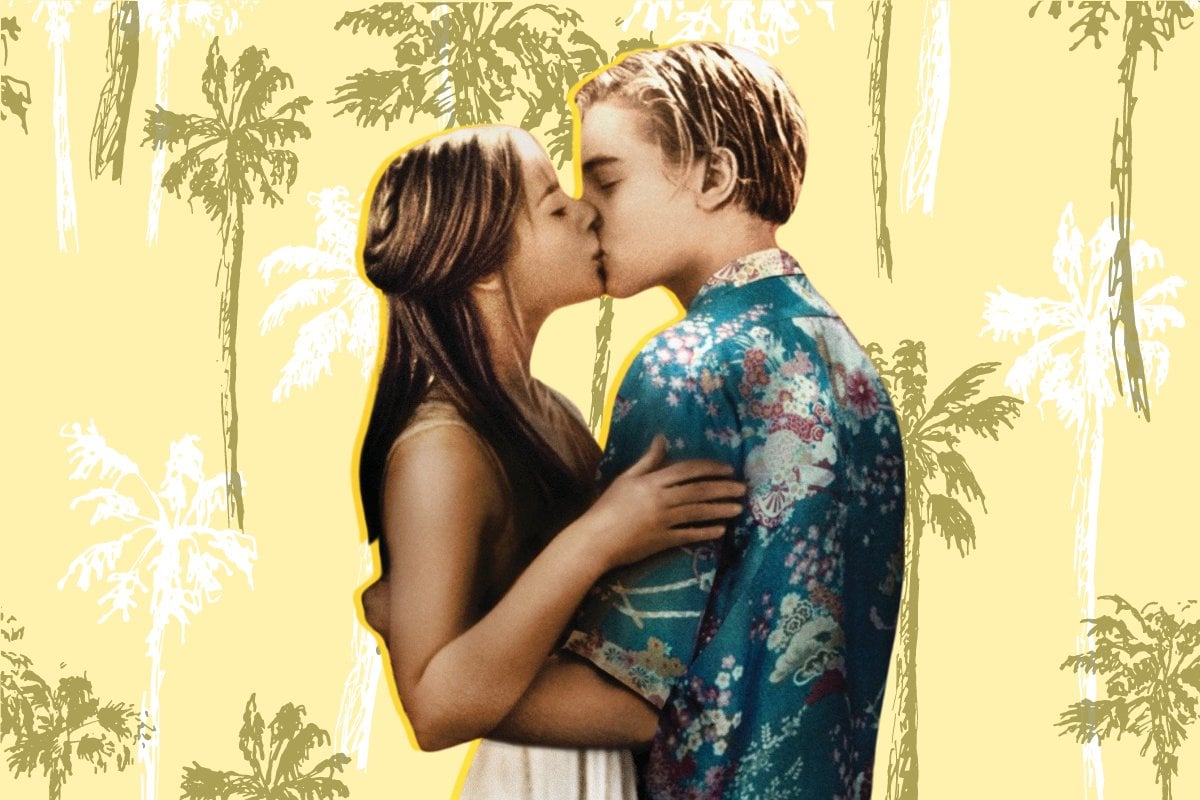 That is... confronting news.

Watch: The Romeo and Juliet trailer. Post continues below video.

The movie was a box office hit, helped cement DiCaprio as a certified leading man and had an entire generation dancing to The Cardigans' 'Lovefool'.

It also had an interesting production period, featuring re-castings, hurricanes and a kidnapping.

To mark the occasion of 25 years, here are 14 behind-the-scenes facts from the making of the film.

1. A hairdresser was kidnapped.

Aldo Signoretti is a big-deal Hollywood hairstylist with three Oscars and a lot of big name titles to his name, including Romeo and Juliet. 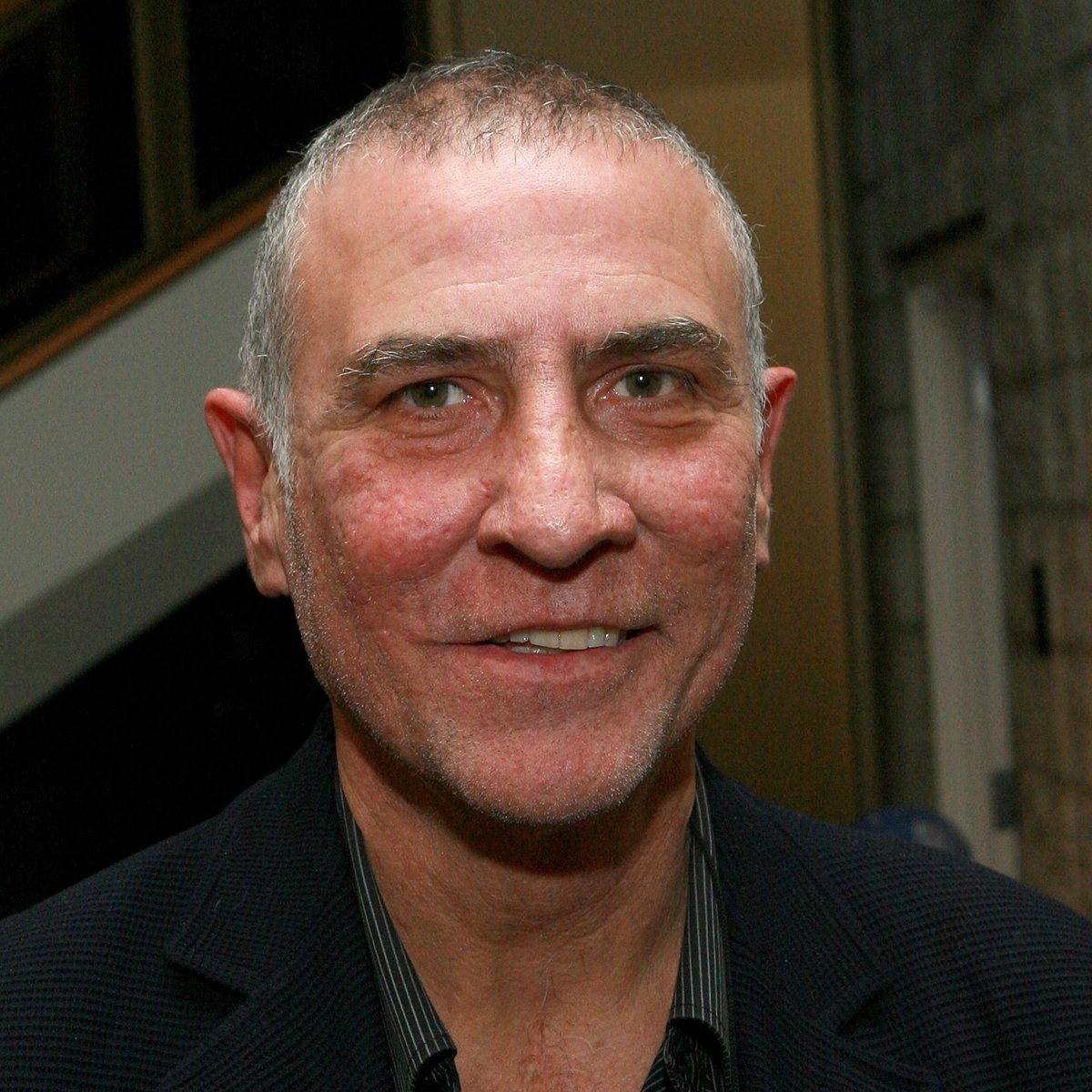 Weirdly, while the film was in production in Mexico, Signoretti was... kidnapped. The kidnappers demanded only $300 in ransom money, which Luhrmann considered a "bargain".

They handed over the money and the kidnappers threw Signoretti out of their car which broke his leg.

At just 13 years old, Natalie Portman was cast to play Juliet Capulet. Technically, Juliet is 13 in the play but alongside a 21-year-old Leo as Romeo, it didn't look right.

"Fox said it looked like Leonardo was molesting me when we kissed," Portman told the New York Times.

She was quickly replaced by Claire Danes, at the suggestion of The Piano director Jane Campion.

DiCaprio was barely in his 20s when filming the movie and had a typically... 20-year-old attitude towards Shakespeare.

"I can't say that I was neither here nor there with [Shakespeare]. All I knew was that, just like any other person my age, you hear Shakespeare, and you’re like, 'Oh god, those long-winded plays that you just don’t understand and have no clue about,'" he said in an Access Hollywood interview.

4. The first scene filmed was the one where they, uh, consummate the marriage.

The first scene Danes and DiCaprio shot together required them to be practically naked. Awkward.

It was a 'morning after' scene with Romeo and Juliet in bed next to one another, and was considered a way to "break the ice".

5. The elevator scene was not as smooth as it looks. 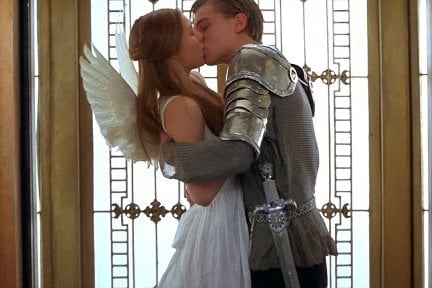 The famous elevator scene where Romeo and Juliet kiss was tough to film because the room used as the elevator wasn't big enough for the camera to spin.

It required some improvisation.

The actors stayed standing, while crew circled around them lifting up parts of the set as they went around. It's impressive watching the scene back after figuring this out - you'd never know otherwise.

6. A hurricane hit the set.

A hurricane hit the set a very opportune moment, just as they were filming Mercutio's "a plague on both your houses!" scene.

The storm was so intense it actually destroyed a lot of the set, but the added drama to the scene made it worth it.

7. The 'spark' between the main stars.

There were rumours the main stars didn't get along very well off screen, but in 2015, Danes said there was a "spark" between her and DiCaprio and the two didn't know how to handle it.

She said they sometimes ignored each other on set because of this.

"It was too big for us to really accept," she said, Glamour reported.

8. Every sign in the film featured a Shakespeare reference.

There were a lot of Easter eggs in the film, as every sign, billboard or scrap of paper featured Shakespeare references.

A sign that says "add more fuel to your fire" is a reference to Henry VI, Part 3.

The Capulet tagline "Experience is by industry achiev’d" is from The Two Gentleman of Verona and the Montague tagline "Retail’d to posterity" is from Richard III.

Oh, and the pool hall Romeo and Benvolio visit at the beginning of the film is in the Globe Theatre.

9. DiCaprio helped get the film across the line with the studio.

Studio 20th Century Fox was on the fence about the production, so Leo took matters into his own hands (and bank account).

Leo flew himself and some mates to Australia so he could help get the project green-lit.

"He did a video workshop, so we could persuade the studio to do it. He was extremely passionate about it," Luhrmann explained.

Legendary actor Marlon Brando had to pull out of the film due to "personal family problems".

It may have had something to do with his son being charged with manslaughter in the death of his half-sister's boyfriend.

11. The fish tank meet-cute was inspired by real life.

The scene where Romeo and Juliet first catch a glimpse of each other through the fish tank is iconic, and it was inspired by a real-life experience Luhrmann had at a Miami club.

"When I came out of the bathroom to wash my hands, I looked up and saw a woman combing her hair with a brush through a fish-tank. It was a brilliant device to get guys and girls to connect through the sitting rooms, while protecting each room's privacy. Obviously you can see where this moment lead..." Luhrmann wrote in an Instagram post.

12. DiCaprio was always going to be Romeo.

Luhrmann saw a paparazzi photo of DiCaprio and thought straight away that he'd be perfect for the part of Romeo.

But this was pre-Titanic days, and Luhrmann said he didn't know who DiCaprio was at the point, so he assumed he was a rockstar rather than an actor.

13. At the Capulets' ball, each person is dressed in a costume that represents their character.

Juliet was dressed as an angel, Romeo was a knight, Tybalt was a devil and Mercutio was a drag queen, representing the 'two sides' of him.

This is in line with the Romeo and Juliet prologue, which says: "Is now the hours' traffic of our stage".